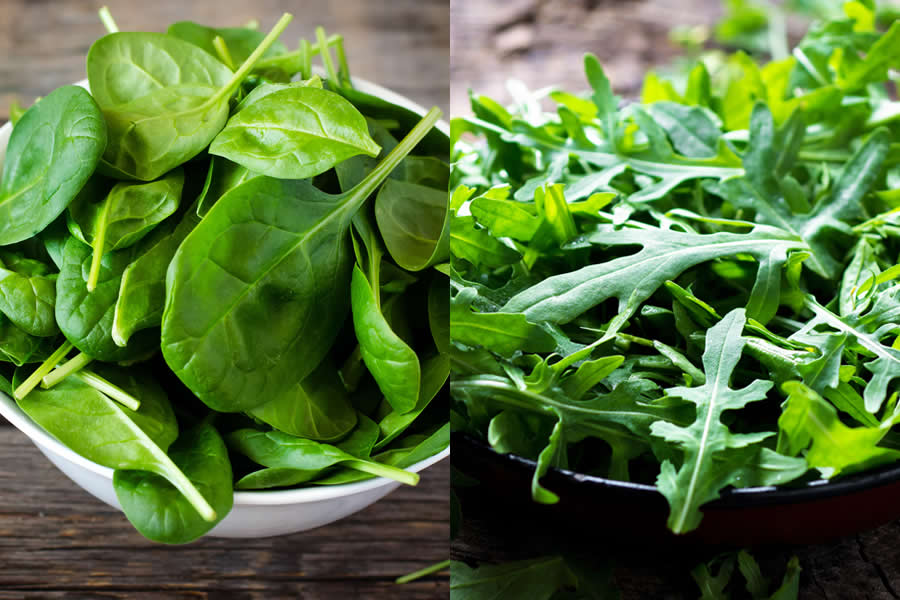 If you’re asking which one is the best between Arugula vs Spinach, then you’re probably looking to find out the difference between these two very popular salad leaves.

Perhaps you like one of them more than the other, or maybe you want to know whether you’d be better off eating Arugula or Spinach on a regular basis.

Believe it or not, lots of people are asking the same question about Arugula and Spinach, so this article will take a detailed look at both of these leaves to bring you everything you need to know about them.

Here at HumanWindow, we’re always looking for the best ways to improve your diet. And eating plenty of leafy green vegetables is usually always a good starting point.

So, in this Arugula vs Spinach assessment, we’re going to focus on the following points:

• What is Arugula?
• What is Spinach?
• Arugula vs Spinach
• Anything Else to Consider?
• Conclusion – Wrapping Things Up

So with the introduction out of the way, it’s time to start taking a closer look at both of these popular salad leaves to see how they compare to one another. 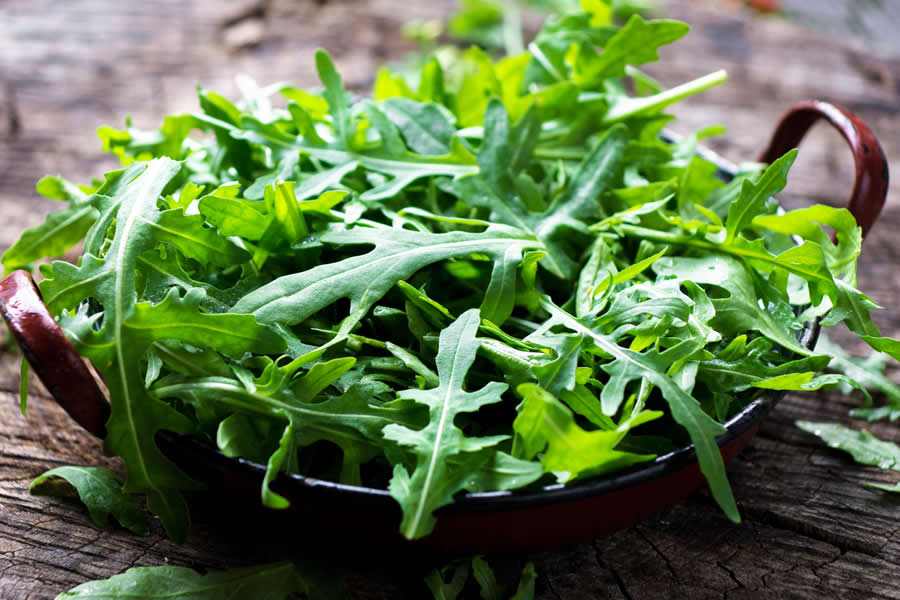 Arugula’s botanical name is Eruca Sativa, and it’s an annual plant native to the Mediterranean region.

It’s also commonly known as “rocket”, “garden rocket”, “eruca” and “rocket salad”. In Italy, where it is commonly used, it is known as “Rucola”.

Arugula is commonly used as salad leaves, either mixed with other different types of leaves, or on its own.

It’s widely popular as a salad vegetable and is known for its slightly peppery but fresh taste.

Amongst other things, Arugula is rich in Potassium and Vitamin C.

It has a long history of use in traditional Italian cuisine. For example, it is often added raw to pizzas after baking, and just before serving.

In case you didn’t already know, a sweet and peppery digestive alcohol called Rucolino is made from rocket on the island of Ischia in the Gulf of Naples. 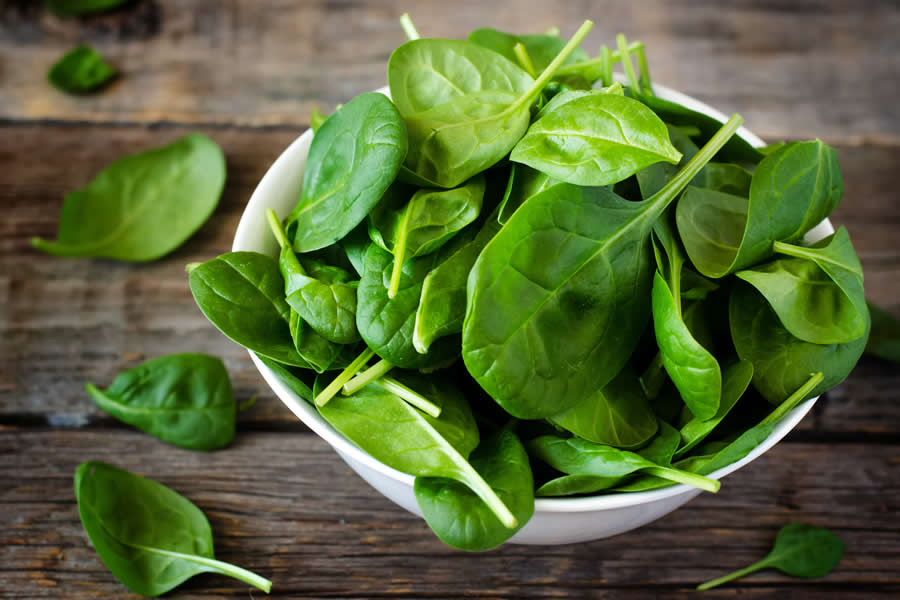 Spinach’s botanical name is Spinacia Oleracea, but most commonly it’s simply referred to as just Spinach.

It’s a leafy green flowering plant native to central and western Asia, and is also commonly added to salads or cooked as a vegetable.

It may either be cooked or eaten raw, with many people choosing to steam it.

This makes it a popular choice for people who are aiming to stick to a healthy diet and get good doses of some important micronutrients as listed above.

Now it’s time to take a closer look at Arugula and Spinach to see exactly how they compare.

Let’s start by comparing the nutrition values of both of these popular salad leaves when they are served raw. 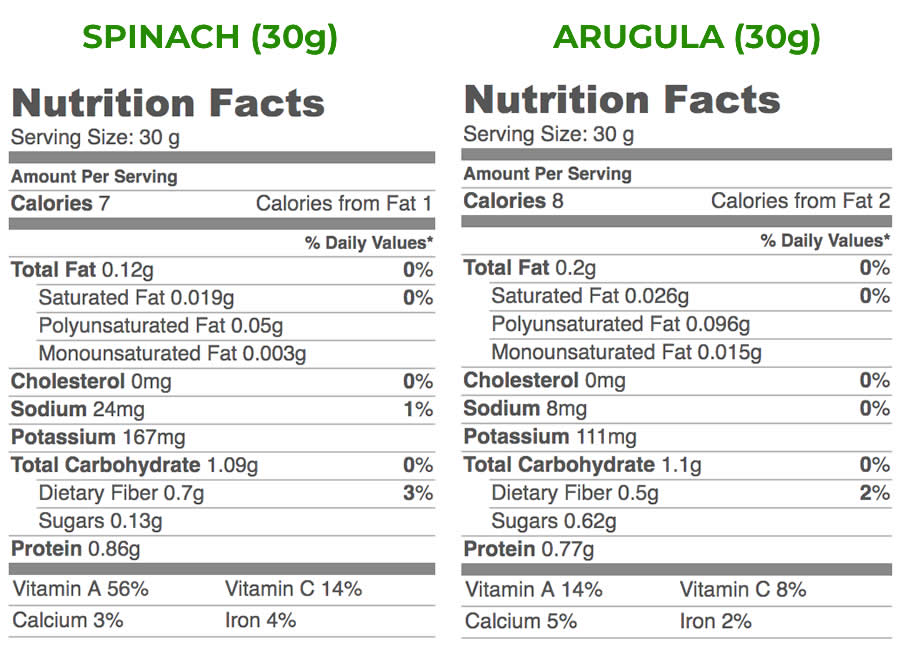 As you can see, both of these leaves have pretty similar nutritional facts, with a few minor differences.

For example, Spinach contains more Sodium than Arugula and also has more Potassium per serving.

Spinach is also slightly higher in protein than Arugula. Each 30g serving of Spinach contains around 0.86g of protein, compared to 0.77g of protein in Arugula.

Spinach also boasts higher doses of important vitamins and minerals such as Vitamin A, Vitamin C, Calcium and Iron.

From a nutritional perspective, Spinach contains slightly higher doses of some important micronutrients, making it a great option to add to your diet.

To wrap things up, both of these leaves are good sources of lots of micronutrients. Spinach contains slightly more of things such as Vitamin C, Iron and Protein.

If we had to pick between one, we would probably choose Spinach simply because it slightly beats Arugula in terms of its nutritional content, even if the differences are not too notable.

But both of these salad leaves are good options to add to your diet.

As always, making sure that you are sticking a healthy and balanced diet should be your priority.

You shouldn’t try looking for a ‘superfood’ to solve your nutritional problems.

Sticking to a diet which contains a wide range of vegetables and fruits is your best option for helping to make sure that you’re getting the most micro and macronutrients.

Both Arugula and Spinach should be good options to add to your diet and enjoyed as part of a healthy and balanced lifestyle.

So, that brings us to the end of our comparison of Arugula vs Spinach.

All in all, these are two pretty good salad leaves that would be a good addition to any diet.

They are both relatively high in protein (for a salad leaf at least) and also contain some important vitamins and minerals such as Iron, Vitamin C and Vitamin A.

Spinach contains slightly more protein and Iron, but Arugula is also a source of both.

Simply put, adding either of these leaves to your diet would likely be a good idea. If you’re struggling to pick between Arugula or Spinach, then why not use both? That way you can experience the best of both worlds.