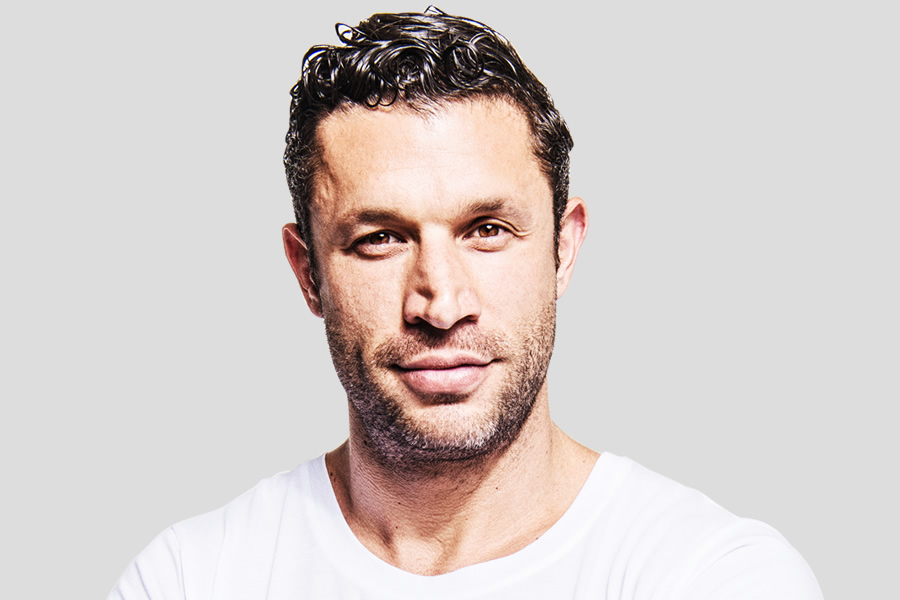 He is the founder and CEO of the lifestyle-based supplement brand Onnit, which is an Inc. 500 company, and he is focused on exploring the tools of modern philosophy and spirituality.

Aubrey is a regular podcaster and hosts the Aubrey Marcus Podcast, as well as having appeared on various other podcasts, such as Joe Rogan and Tim Ferriss. His podcast is downloaded more than one million times a month on iTunes.

Residing in Texas, USA, he is passionate about raising awareness for psychedelic medicine, and regularly talks about the topic on his podcast.

A sought-after public speaker and multi-platform media expert, Aubrey has been featured in many major media outlets such as Entrepreneur, Men’s Health and Men’s Journal.

But what about Aubrey Marcus’ early life and what can we learn from his story?

This in-depth Aubrey Marcus biography is going to concentrate on all of the important things you need to know about him, plus the things we could all learn from his story.

Who is Aubrey Marcus?

His mother Kathleen was a former professional tennis player, who reached the women’s singles semi-finals at Wimbledon in 1967 and the quarter-finals of the Australian Open in 1968 and 1977.

He was born as Michael Aubrey Christopher Marcus but later changed his name to avoid confusion with his father, who was also named Michael.

Aubrey officially changed his name after his 30th birthday. His previous middle name ‘Aubrey’ is the name of his grandfather who he never met.

Aubrey openly admits that he had a difficult relationship with his father. “I had a lot of issues with my dad, but he was in a lot of pain himself,” he explains. 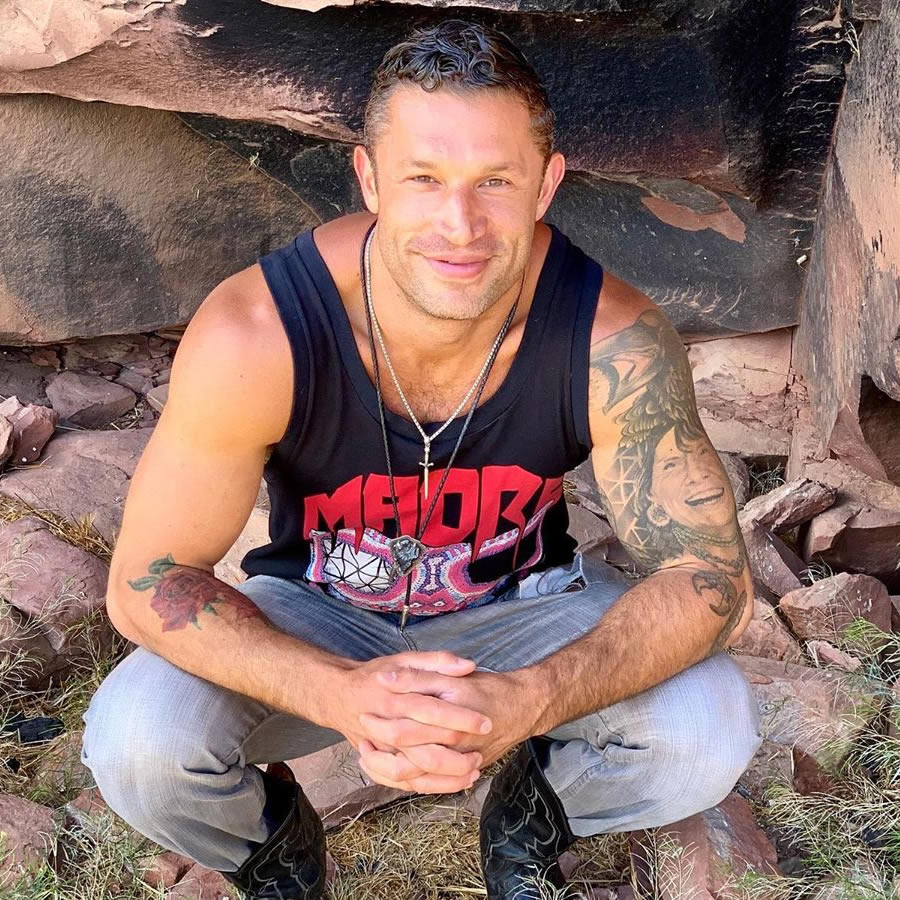 He revealed in a post on Facebook back in June 2017 that his father did not help him financially with starting Onnit.

“He was a good dad, flawed like all dads. His love was a little too conditional,” Aubrey wrote.

“Like most men I know, I always felt like I had to be perfect to win my father’s approval. Even when I was 30 he still wished I was in finance, was worried I was going to fail, and didn’t help me with the start of Onnit even though it would have been easy for him.”

After graduating from the University of Richmond, Aubrey pursued a number of business ventures in various different sectors, which he admits ended up being “failures”.

“I doubted myself the whole way because I failed at absolutely everything I tried. Literally, everything,” Aubrey explained on the Tim Ferriss Show in March 2018.

“I tried gold mining. I tried a variety of different online retail, from sex toys to skincare. I tried oil and gas.

“The [oil and gas] was like investor relations, like trying to convince people to go bet on some wildcat oil well in the middle of nowhere that never works. I’d get some stock options. This one’s going to hit! It never hit. Nothing.

“Now, looking back, I’m grateful because I failed at everything that wasn’t directly going to serve my purpose.

“All of those failures and all of the lessons gave me the strength to be able to hold an organization of this magnitude that I’m holding now. The person that I was then couldn’t run Onnit. I couldn’t write the book that I wrote.”

Aubrey started Onnit with zero employees back in 2010 and it originally made hangover supplements because he was “partying too much”. 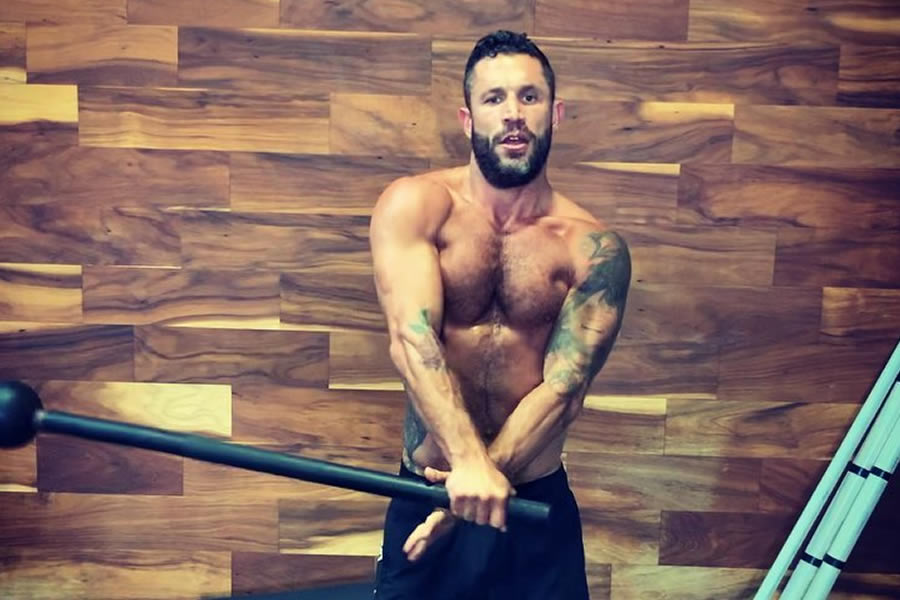 He then decided to pivot the company towards the launch of a new Nootropic supplement called Alpha Brain, and the company changed direction. 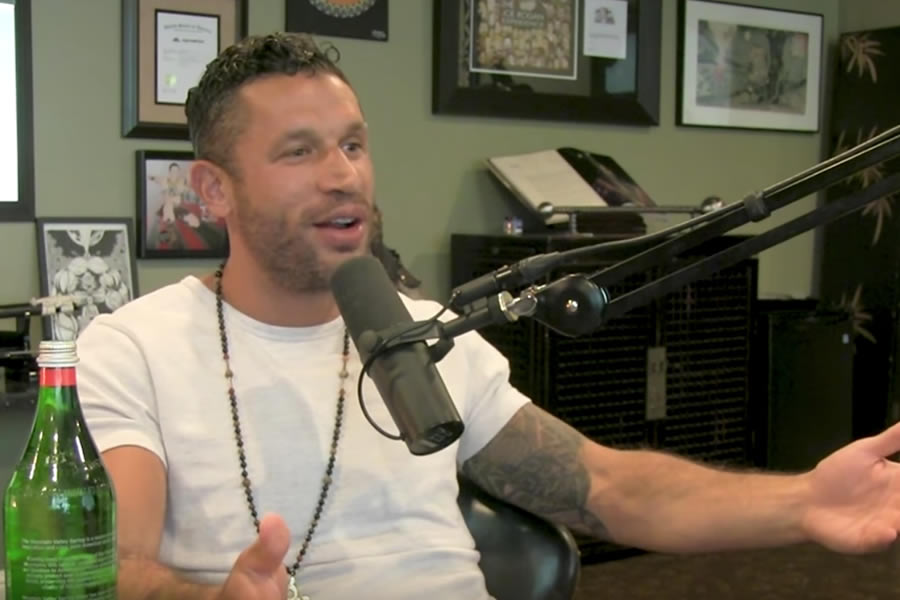 Onnit has since grown hugely and is believed to be generate more than $28m per year. It is considered to be an industry leader, with more than 250 products ranging from peak performance supplements to foods, fitness equipment and apparel.

Aubrey is also passionate about psychedelic medicine and regularly talks about the topic on his podcast.

He had his first psychedelic experience when he was just out of high school and his father encouraged him to do a vision quest with psilocybin.

“I was given a tea in the mountains in a very isolated place with a very loving and warm mushroom shaman,” Aubrey told the Tim Ferris Show. “She gave me a tea, and then after a little while, I felt my entire body evaporate into geometry.”

He added: “I’d realized that I’m not just body and mind. There’s else that I access, something that could observe both of those things.”

Aubrey took part in his first ayahuasca ceremony around his 30th birthday.

He starred in a documentary called Ayahuasca, which follows a group of seekers through a traditional ayahuasca retreat, documenting their experiences, insights and healing. 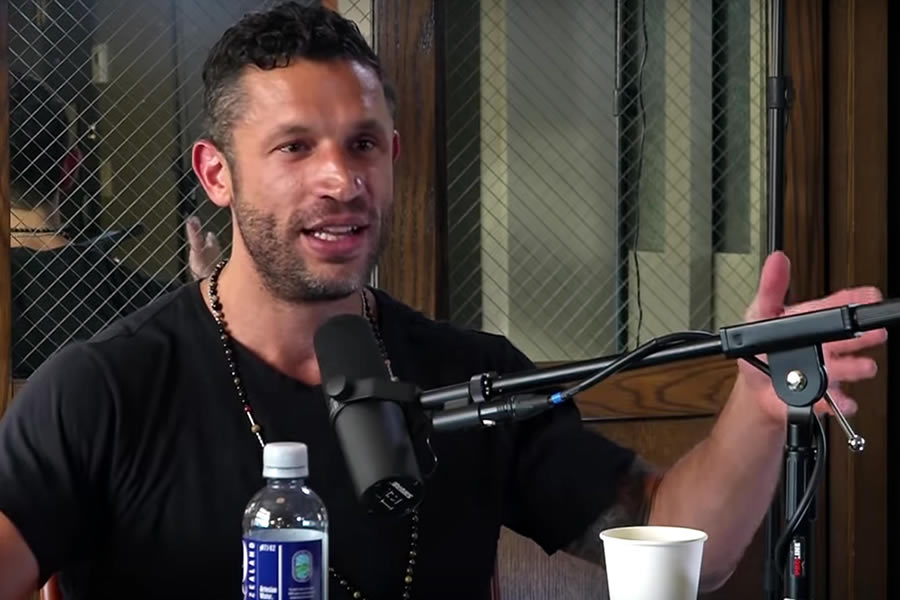 Quite clearly, Aubrey is an inspirational figure.

His story is an inspirational one, and his quest for self-discovery over the years has brought him much success.

Sadly, there is no official figure for Aubrey Marcus’ net worth.

That being said, we do know that his company Onnit generates more than $28m per year in revenue.

Of course, as he owns his own supplement company, it’s likely that Aubrey Marcus uses some Onnit products.

Onnit’s first product was Alpha Brain, which is claimed to support memory and focus. 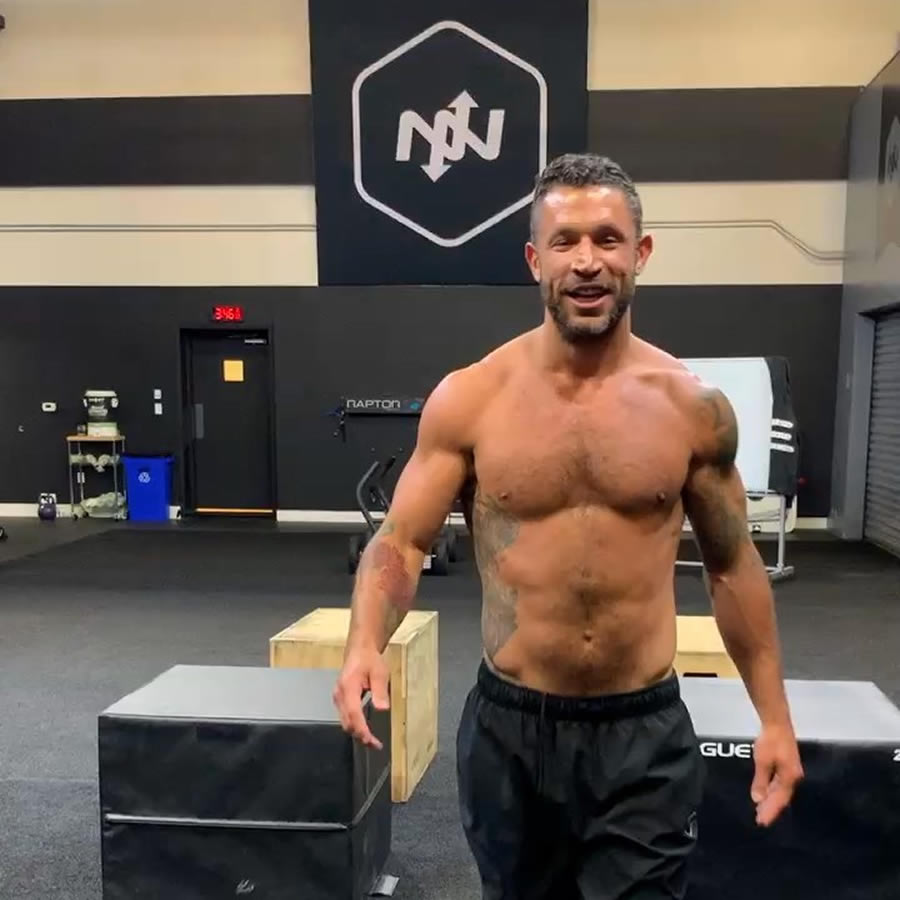 They also stock many other supplements, such as Total Human and Earth Grown Nutrients. You can check out the full range on the official Onnit website.

Aubrey published his book, Own the Day, Own Your Life: Optimized Practices for Waking, Working, Learning, Eating, Training, Playing, Sleeping, and Sex in 2018.

It seems to be very well received from readers and it currently has an average rating of 4.5 out of 5 stars on Amazon from more than 300 reviews.

Speaking in an interview with mymorningroutine.com, Aubrey reveals that he usually gets up at around 8:30am after having gone to bed at around 1:30am.

“I produce some of my best work at night, so I’ve created a structure that goes with my natural rhythm rather than trying to fight it,” he explains.

In the same interview, Aubrey reveals that he often practices intermittent fasting.

“Sometimes I skip breakfast entirely, practicing intermittent fasting where you compress your feeding window to 8 hours. For me this is usually from noon until 8:00pm.”

Aubrey usually works out in the afternoons rather than the morning, aside from his morning swim.

“I work out in the afternoon. That is typically when you are going to be the strongest, and have the most effective workout. Plus, it is something for me to look forward to and to help me destress after a long day.”

What Can We Learn from Aubrey Marcus?

Quite clearly, Aubrey Marcus’ story is an inspirational one.

After failing with most of his early business ventures, he founded Onnit in 2011 and has built it into a company generating more than $28m a year. 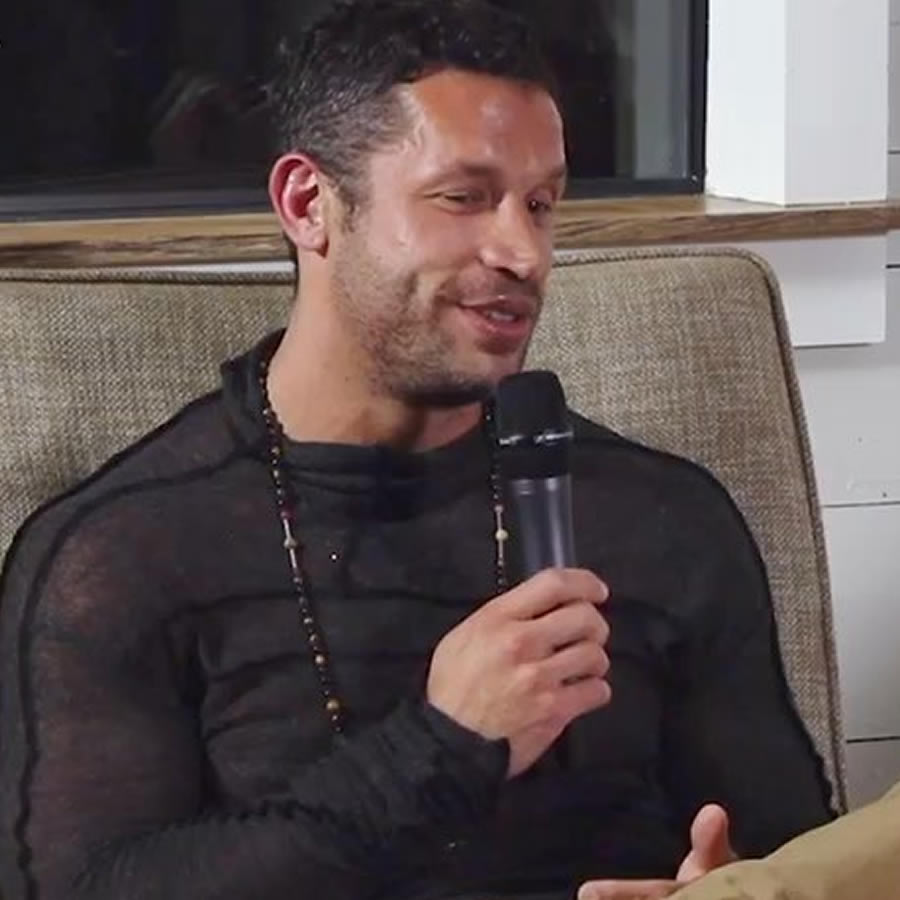 Aside from his business success, Aubrey has also shown an unrelenting desire to pursue personal growth.

He has become an advocate of psychedelic medicine and has built up a loyal audience on his podcast and social media platforms.

We could do a lot worse than look to Aubrey’s determination for self-betterment in our own lives.

Aubrey Marcus is a leading American entrepreneur who is passionate about balancing business growth with spiritual growth.

His story is an inspirational one, and serves to underline the magical things that can happen when you learn to master your inner world.