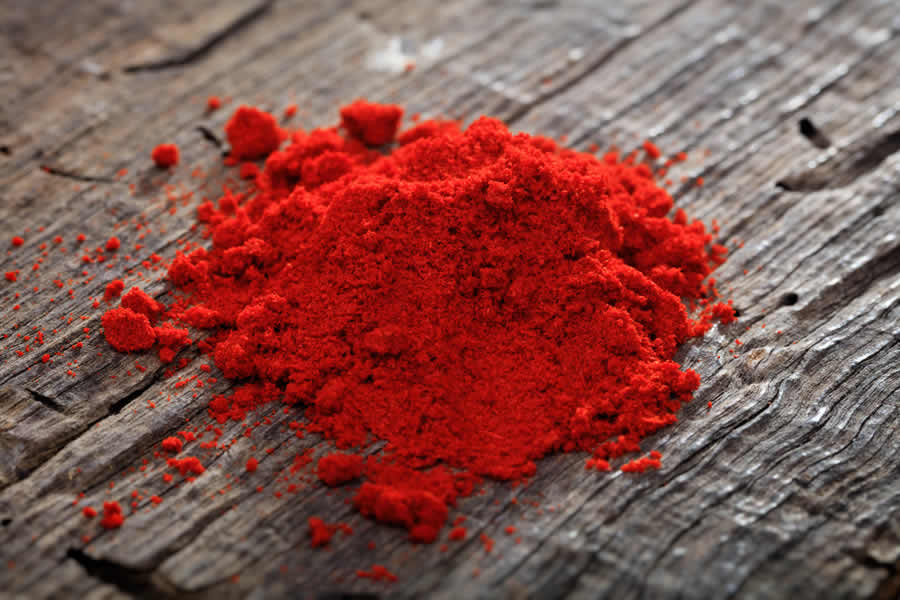 Are you following a recipe that requires Paprika but you’ve not got any at home? Or perhaps you’re simply looking for an Paprika alternative to mix things up.

Either way, there are plenty of Paprika substitutes that you can turn to if you’re looking for an alternative to the popular spice.

Paprika is one of the most common spices in most peoples’ spice racks, but you may be looking for something different for whatever reason.

So, if you’re looking to find out what the best Paprika substitute is, then you’ve landed on the right page.

We’re going to bring you everything you need to know about this popular spice, and where to turn to if you’re looking for an alternative.

To do this, we’ll break this article up into the following sections:

So, with the introductions out of the way, it’s time to start taking a close look at the best substitutes for Paprika.

If you’ve landed on this page, the chances are that you already know all about Paprika, but let’s cover the basics quickly anyhow.

In case you didn’t know, Paprika is a ground spice which made from dried red fruits of the larger and sweeter varieties of the plant Capsicum Annuum, which is also known as Bell Pepper or Sweet Pepper.

The peppers are dried and then ground up into a fine powder, which then makes its way into your spice rack.

It’s an incredibly common spice in most peoples’ spice racks and is often used as an ingredient in recipes.

It is a spice that is important in Hungarian cuisine, and its flavor can vary from fairly mild, to pretty strong.

Unlike its fiery and hot close relatives Cayenne and Chili, it is usually milder and used to add flavor and color to dishes rather than to make them spicy.

As well as being popular in Hungarian cuisine, Paprika is also used in Austrian, Spanish, Indian and Moroccan dishes on a regular basis.

The hotness of your Paprika will usually depend on the types of peppers used. You can check the label of the product you’re buying to get an idea of how hot it is, but as we mentioned above, Paprika generally has a ‘sweeter’ flavor than other hotter spices.

There are also other types of Paprika, such as Spanish Smoked Paprika, which is known as Picante Pimenton. This is made by wood smoking the peppers before they are ground up.

So, now that we have covered the basics about Paprika, it’s time to move on to picking out the best Paprika Substitute. 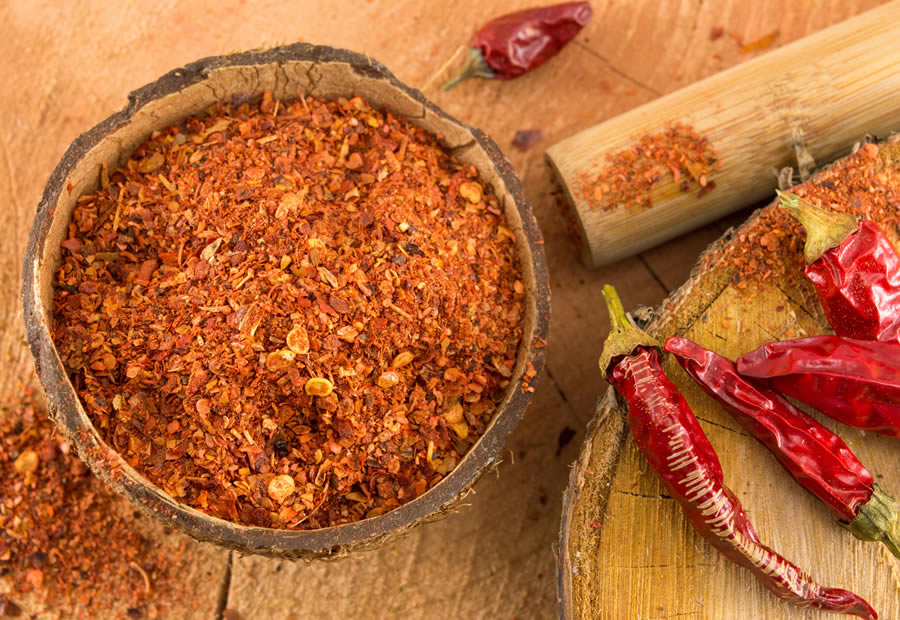 We have picked Cayenne Pepper Powder as the best Paprika Substitute.

In case you didn’t know, Cayenne Pepper is a hot red chili that is ground up and served as a spice.

Cayenne Pepper powder is made by grounding up dried Cayenne Pepper Chili Seeds and Pods to produce a red hot spice, a pinch of which can be added to or sprinkled over a variety of dishes.

The main thing to bear in mind with Cayenne Pepper is that it is significantly hotter than Paprika, so you will want to reduce the quantity of Cayenne used accordingly.

For example, it’s probably a good idea to use half the amount of Cayenne Pepper Powder than Paprika if you are looking to add it to a recipe.

Now that we’ve picked out our favorite Paprika substitute, let’s take a look at some other alternatives.

What are Some Other Paprika Substitutes?

Let’s take a look at some other Paprika Substitutes that you could use in your recipe.

• Chili Powder – This is another spice which is somewhat similar to Paprika. You’ll likely find some Chili Powder in your spice rack as it is one of the most common spices around. Chili Powder is pretty flavorsome and not as spicy as Cayenne Pepper, meaning that you can probably add it in the same quantities as Paprika. That being said, the main thing to bear in mind is that the flavor of Chili Powder differs quite a lot to Paprika, because it is often cut with other ingredients such as Garlic. 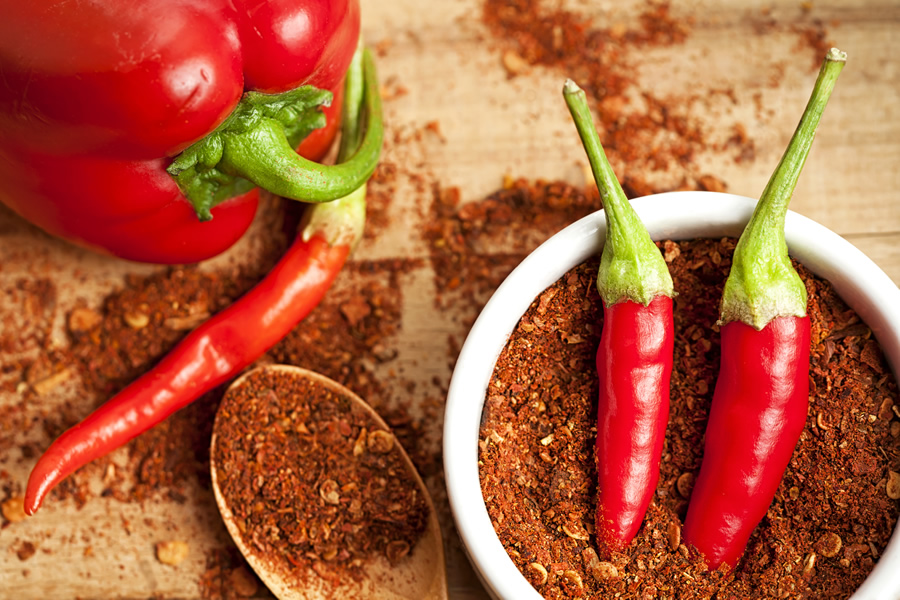 • Black Pepper Powder – Another spice rack staple that could be used as a Paprika Substitute. Adding Black Pepper as a substitute for Paprika can help to add some extra spice and flavor to your dish. Of course, the flavor differs considerably, but it would be a good option if you’re struggling to find anything else. In terms of quantity, you can probably substitute the Paprika with a similar serving of Black or White Pepper powder.

• Ancho Powder – This is a less common spice but it is a great Paprika substitute. In case you didn’t know, Ancho Powder is the go-to chili powder for Mexican cooking. It is made from dried Poblano Peppers and is only usually slightly hotter than Paprika, making it a solid alternative.

• Cajun – Cajun spice is a common spice rack ingredient. It’s made by blending together a number of ingredients such as Cayenne Pepper, Paprika, White Pepper and Cumin. It’s a good alternative for Paprika because it is flavorsome and is similar in terms of hotness. 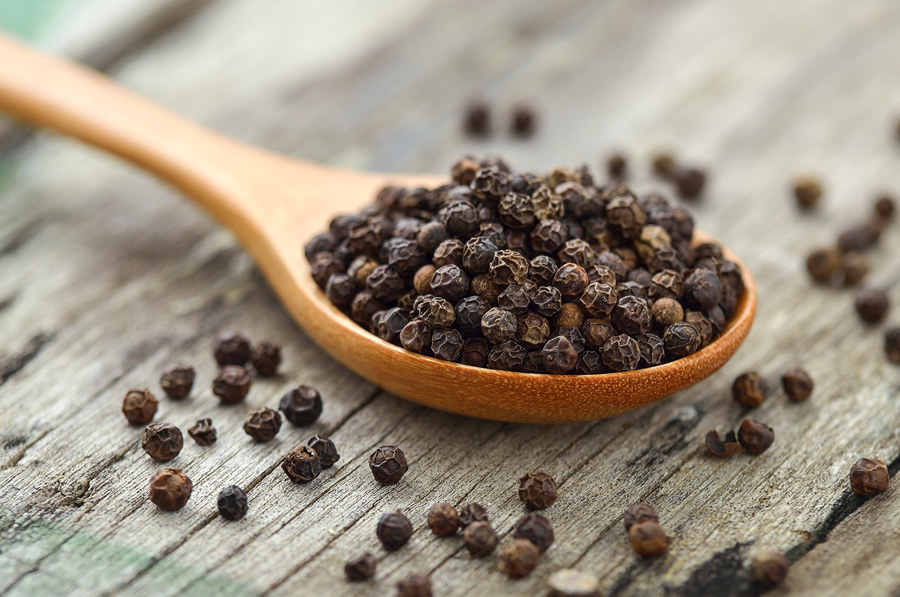 • Red Pepper or Chili Flakes – This is another common spice rack ingredient. Chili Flakes are made by crushing dried spicy red peppers. They are often added as a garnish to dishes or used during the cooking process. Generally speaking, Chili flakes are hotter than Paprika, so you should reduce the amount used in your recipe accordingly.

There is no such thing as a perfect substitute for Paprika.

The options we have listed in this article should help you find an alternative if you don’t have any Paprika to hand, but you should bear in mind that because Paprika is more flavorsome than spicy, using something else could affect the overall flavor of your dish.

That being said, using one of the Paprika alternatives on this list could help you to continue with your recipe without affecting it too much if there is no Paprika to hand.

So there we have it, our pick of the Best Paprika Substitute, and some other options if there is none of this popular spice to hand.

We have selected Cayenne Pepper as the best Paprika Substitute.

Remember that if you are going to substitute Paprika with Cayenne Pepper Powder, you should reduce the quantity used, as Cayenne is typically considerably more spicy than Paprika.

You could also choose one of the other Paprika substitutes on this list if you have no other options to hand.

Is Dark Chocolate is Good For You?