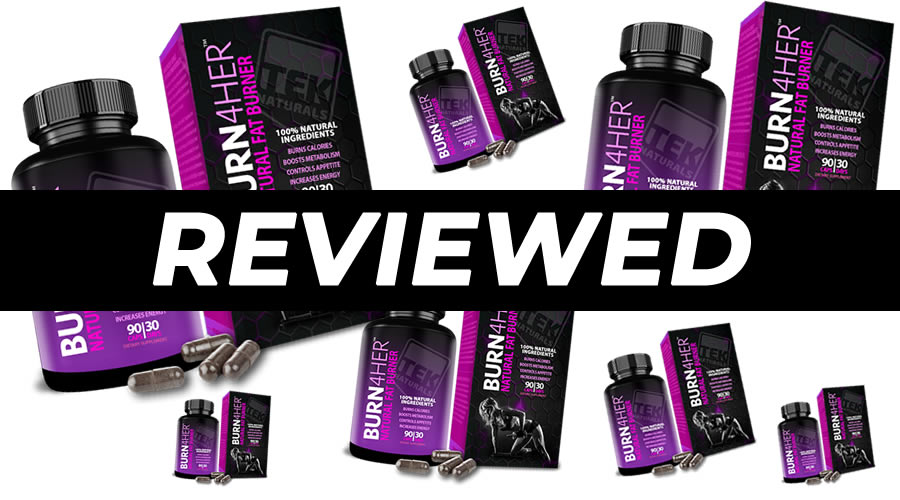 Burn4Her is a supplement which has been specifically formulated for women by Tek Naturals.

Most of the supplements in this category on sale these days have either been formulated specifically for men or are targeted directly at both genders.

So whenever a product comes along that has been specifically targeted at women, we will sit up and take notice.

Burn4Her is marketed towards women who do not want to take a “man’s supplement” and claims to have an ingredients formula which has been specifically designed for females.

The official website says that Burn4Her has been specifically formulated to help women hit their goals.

This sounds good to us. We’re always aiming to hear about the latest supplements to go on sale and so we’re looking forward to drilling down on Burn4Her.

The purpose of this Burn4Her review is for us to take a close and detailed look at this female focused supplement from all angles.

We’re going to break down Burn4Her to see whether it can compete with our current top rated female focused product Leanbean.

So, let’s get cracking and start assessing whether Burn4Her is a supplement you should consider taking or not.

So, Burn4Her is marketed as a female focused supplement. That much we know.

But what is it that this product is actually claimed to do? The official website says that it works in multiple ways to help support you on your journey.

These three key areas are a good place to start for any supplement. If you’re looking to step your game up, then you’ll want to select a supplement that works in multiple ways as it’s going to greatly enhance your chances of success.

Of course, whether Burn4Her can live up to its own marketing hype remains to be seen. We’ll need to take a close look at the ingredients formula to assess the actual effectiveness of this product.

So let’s crack on and examine the ingredients used in Burn4Her to see if it lives up to the hype or not.

Let’s begin by looking at the ingredients label in full of Burn4Her. 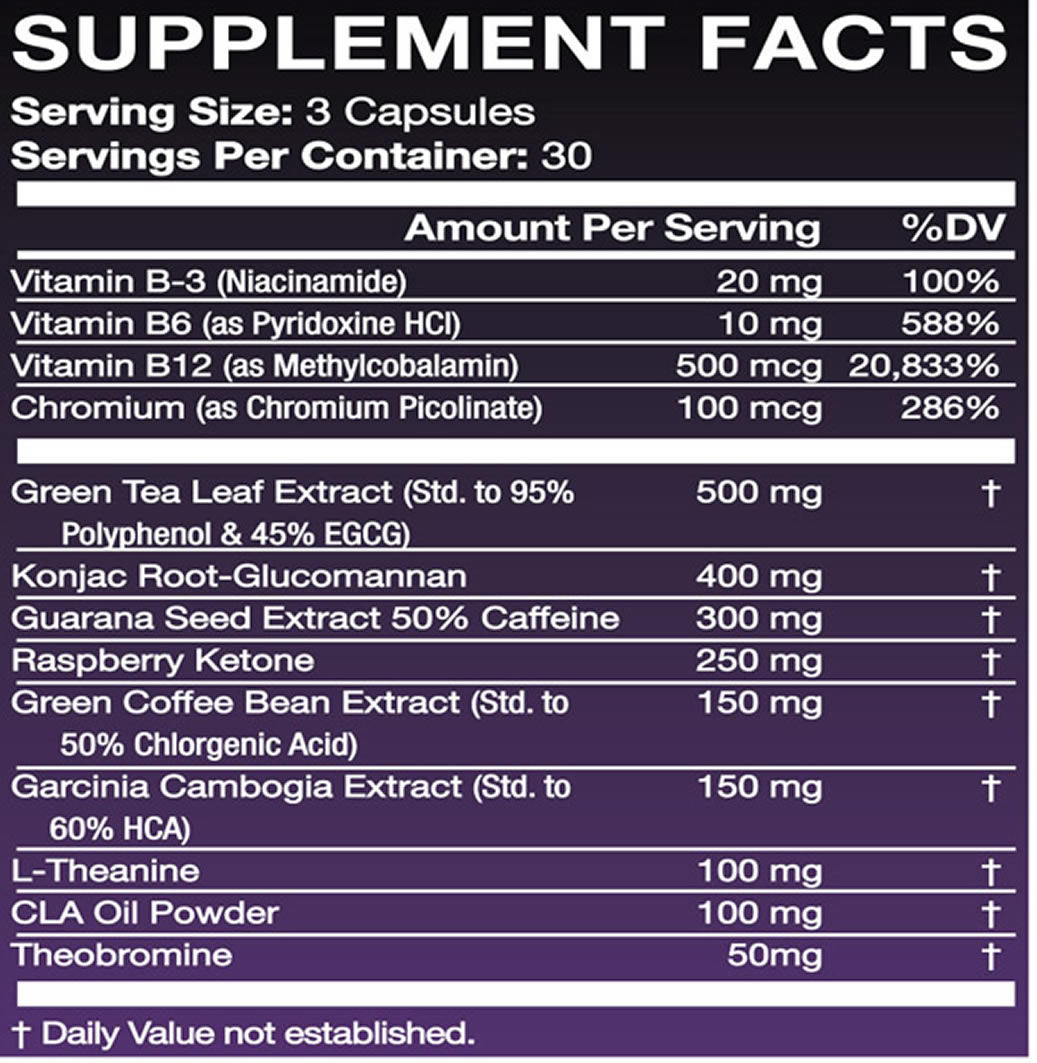 • Green Tea – A solid ingredient for any supplement of this type. You probably already know about the benefits of this popular hot drink. But it’s also a common supplement ingredient and is usually found in the top products in this category. A solid start for Burn4Her.

• Garcinia Cambogia – This is an extract from a tropical fruit which goes by the same name. We’re not totally convinced by it in terms of being an effective ingredient, but there are certainly worse substances out there for a supplement like this, and quite a few of the top products contain some.

• Glucomannan – This is a dietary fiber extracted from the root of the Konjac plant. It’s commonly found in the top products in this category and we were pleased to find it in the Burn4Her formula.

• Raspberry Ketones – This is a substance extracted from the skin of raspberries. This ingredient is found in a few of the products in this category.

• Caffeine Anhydrous – Caffeine is a solid inclusion and you probably already know all about it as a popular stimulant. It has a number of benefits and it is a decent inclusion in the Burn4Her formula.

• L-Carnitine – This is an amino acid we’re more used to finding in pre workout supplements than anything else. It’s believed to help with certain things and it is not a bad inclusion in the Burn4Her formula.

• Guarana – Another stimulant to go alongside the Caffeine. Guarana is a common addition to supplements like this. However, we think that it’s a bit unnecessary to add it alongside Caffeine in one supplement. One or the other should be enough.

Burn4Her actually has a pretty good formula going, and it’s good to see that Tek Naturals have not used a proprietary blend. That means that they’ve instead decided to fully disclose the ingredients formula along with the doses of each ingredient.

However, two main substances were missing from this supplement in our opinion. They are:

It was a real shame not to find any Cayenne Pepper in Burn4Her. Cayenne is one of our favorite ingredients for a product like this, and we usually look for it in the formulas of the top products.

It was disappointing not to find it in Burn4Her because we rate it as one of the top two best ingredients around right now.

You can see our guide to the best five supplements on the market right now by taking a look for yourself via the link below.

We had a look through all of the normal places to see if we could unearth some verified Burn4Her reviews but we didn’t have much luck.

It’s presumably because it’s a new product and so not many women have given it a go yet.

Even though you can buy Burn4Her on Amazon, there were no reviews of it on the site, which wasn’t particularly useful.

We’d expect to find some more Burn4Her reviews in the coming months as more and more women start to use the product.

The main side effect we see from similar supplements is the over-use of stimulants such as Caffeine.

You probably already know that too much Caffeine can cause problems such as the jitters or energy crashes later in the day.

Burn4Her uses both Caffeine and Guarana as ingredients, which seems a little bit on the excessive side, and is probably going to increase the risk of stimulant-related side effects.

We do also always also recommend that you do some of your own research in the the ingredients before taking any new supplement for the first time. You should always be aware of exactly what it is you’re putting in your body.

We also recommend that you speak to your doctor or a medical professional before taking any new supplement for the first time.

Burn4Her is a decent supplement for women, but we do think that there are some better options around right now.

It’s a shame that this product doesn’t use any Cayenne Pepper or Black Pepper Extract, and because the reviews of this product are limited, it’s hard to say whether it is well received by customers or not.

Remember to check out our guide to the leading five supplements on the market right now (including two specifically for women), by visiting the link below.

We always say this in all of our supplement-related content here at Human Window. You should never expect a supplement to do all of the hard work for you.

The first things you should do if you’re looking to make a change is to make sure that your diet and training regime are both on point.

Ensuring that you’re training hard and eating right is going to greatly enhance and increase your chances of success.

A good quality supplement can make a big difference to your results, but you’ll want to make sure that you’re addressing the basic aims of eating right and exercising regularly first.

That brings us to the end of our Burn4Her review.

Overall, we think that this is a decent female supplement made by Tek Naturals.

It contains some pretty good ingredients and doesn’t use a proprietary blend, which is always a positive thing.

The downside is that this supplement doesn’t use Cayenne Pepper or Black Pepper Extract in its ingredients formula, which is a shame.

And it’s also a bit strange that there are not many reviews of Burn4Her online at the moment, but that’s presumably because it’s a fairly new product.

Overall, Burn4Her is an OK supplement for women, but it’s not one of the very best premium supplements on sale at the moment in our opinion.