Human Window may earn revenue if you click the links and buy the products featured on this page. Find out more 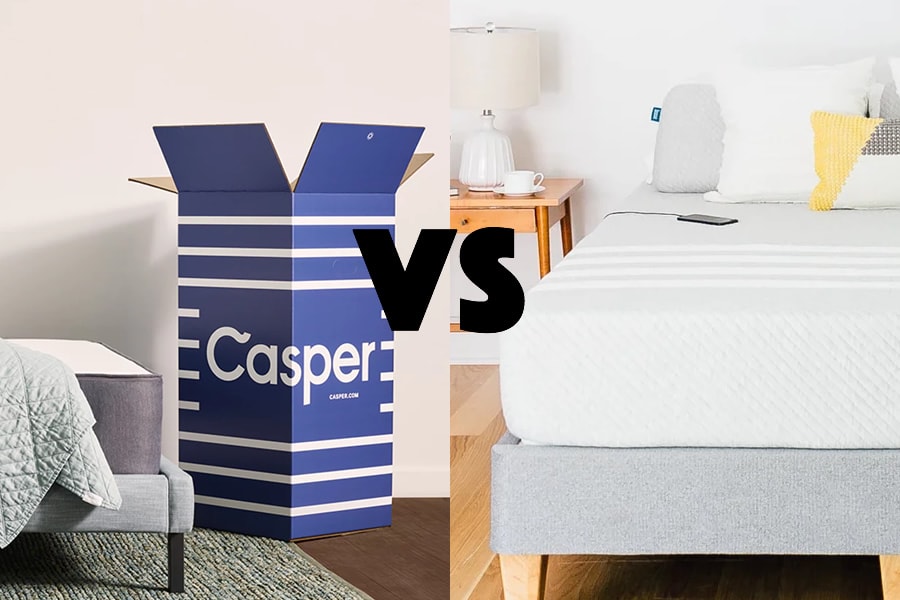 If you’re struggling to pick between the Casper and Leesa mattresses, then you’re not alone.

They are two of the biggest brands out there when it comes to modern day mattresses and they both have their pros and cons.

So if you’re looking to decide between then, then you’ve landed on the right page.

This article is going to take a detailed look at both the Casper and Leesa mattresses from all angles to help you weigh up the advantages and disadvantages of both so that you can make an informed decision.

The memory foam mattress market has exploded in recent years and that means more choice than ever when selecting a product in this category.

However, the extra choice and products can also make it that little bit more tricky to pick out the best product for you.

We’re going to split this comparison article up into the following sections:

• Casper – The Basics
• Leesa – The Basics
• What Is The Mattress Made Of?
• What Does the Mattress Feel Like?
• Casper vs Leesa – Our Recommendation
• Anything Else To Consider?
• Wrapping Things Up – Final Thoughts

We’re going to focus on all of the important things you need to know about both of these big brands and see whether they make it onto our list of the top memory foam mattresses around right now.

So, with the introductions out of the way, let’s start taking a closer look at both of these popular mattresses. 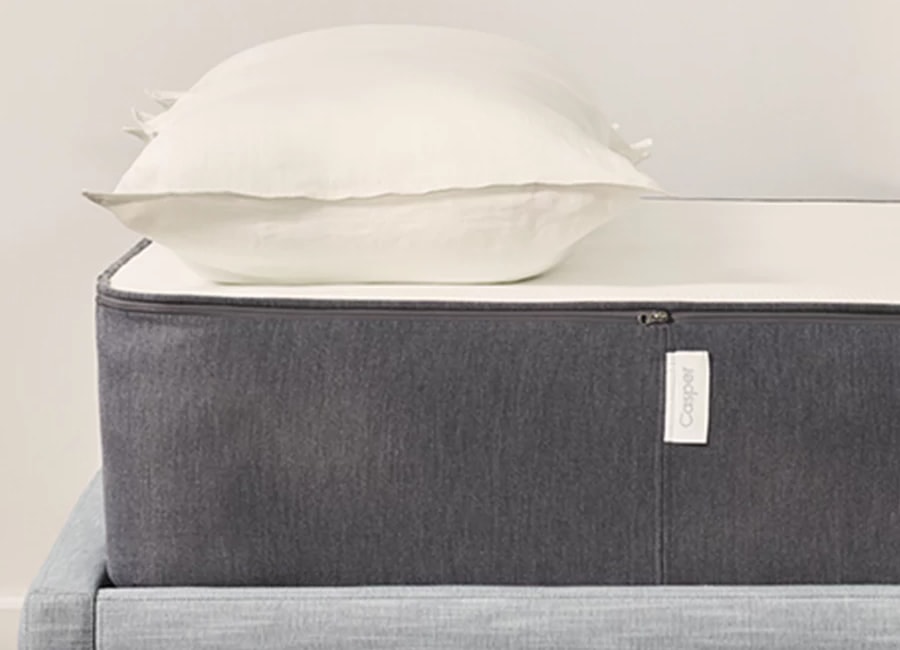 Casper have established themselves as one of the leading brands in the ‘bed in a box’ memory foam mattress scene in recent years.

They have been around since 2014, when they first launched their original mattress, and they have since started offering other options at different price points such as the Casper Essential and the Casper Wave.

This article is going to focus on the Original Casper mattress, which is one of the market leaders in this category.

The Casper original uses four different types of foam to help support a restful night’s sleep, including one full layer of memory foam.

It’s 12 inches thick, which means it stands a bit taller than the 10 inches which is usually the standard for products in this category.

The Casper also features ‘zoned’ foam. What does that mean? Simply put, it means that some areas of the foam layers are configured to offer pressure relief and body contouring for specific parts of your body, such as the shoulders and hips.

This is in contrast to a ‘standard’ foam mattress, which would usually simply have a uniform feel throughout. 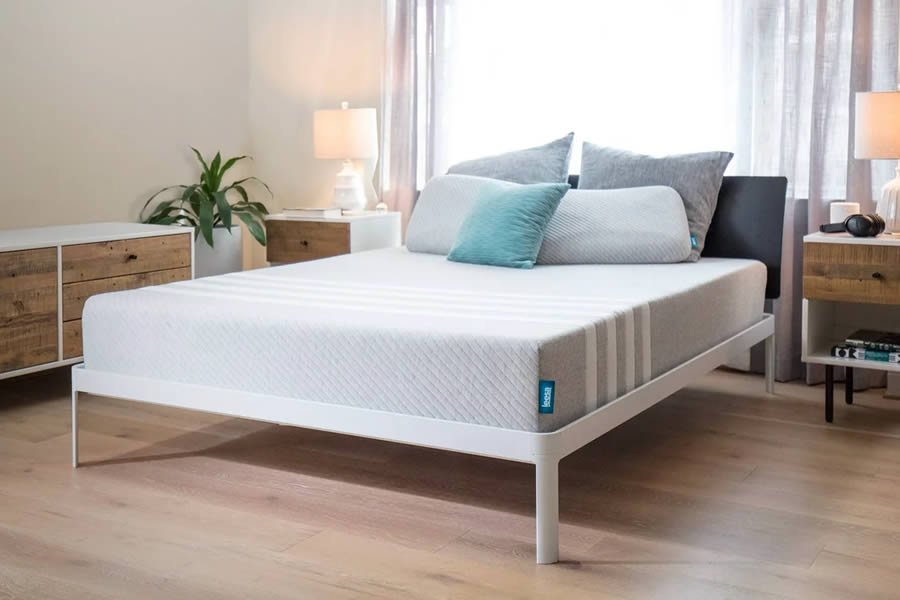 Leesa was launched in 2015 and are also one of the leading brands in this category.

One of the interesting things that sets Leesa apart from its competitors is the fact that the company has been founded along with a social mission. They will donate one of every 10 of their mattresses sold to good causes.

We should point out that Leesa also make a hybrid mattress called the Leesa Hybrid, but this review is focused on the Leesa Original foam only version.

The Leesa is an industry-standard 10 inches thick and uses three layers of foam in a simple design.

The marketing material on the official website says that the Leesa has been designed for all body shapes and sizes.

What Is The Mattress Made Of?

Now that we’ve looked at the basic facts of both mattresses, it’s time to take a closer look to see what each one is actually made of.

The Casper uses four layers of foam to offer support and pressure relief throughout the night.

There are two top layers, one of which is memory foam, which are in place to offer comfort and immediate pressure relief.

Below that, there is a layer of zoned poly foam. The zoned foam means that certain parts of the mattress are designed to offer more support and give than others. This means specific support for important parts of your body such as the hips and shoulders.

The final layer is a standard piece of high density poly foam, which offers support and prevents sagging over time. 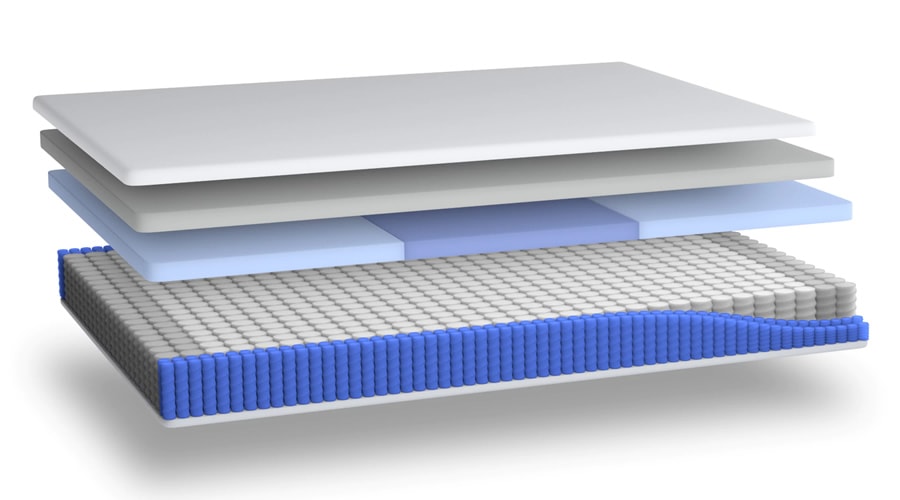 The four layers of the Casper Mattress (Photo: Casper)

Here are the four main layers which make up the Casper Mattress:

The Leesa mattress is made of three layers, which is pretty much the standard for memory foam mattresses.

The top layer is two inches of breathable foam to offer some quick pressure relief. Below that, there is another two inches of memory foam to help relieve pressure and add some body contouring.

The support layer is six inches of dense core foam, which Leesa say is suitable for supporting all body types and sleeping positions. 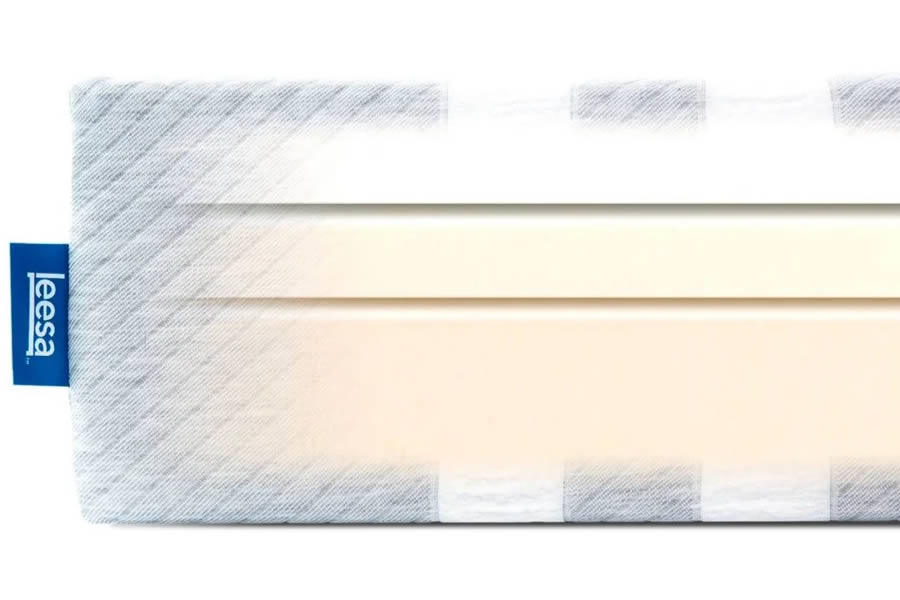 Here are the three layers of foam that the Leesa mattress uses:

So, now that we know exactly how both the Casper and the Leesa are constructed, it’s time to take a close look at what they actually feel like to sleep on.

Casper is marketed as a ‘medium-firm’ foam mattress, which is the standard for products in this category.

As we mentioned in our review, it has a slightly firmer feel than a lot of the other similar products out there. This means that it may be better suited to stomach and back sleepers.

That being said, the fact that the Casper uses zoned foam to offer support to different areas actually suggests that it may have been designed with side and back sleepers in mind.

Generally speaking though, we think that the Casper is better suited to stomach and back sleepers because of its firmer feel.

Side sleepers may find that it does not have enough give to allow them to keep their hips and spine aligned, so you’ll probably have to use a pillow to combat this issue.

Like the Casper, the Leesa is officially described as a ‘medium-firm’ mattress.

Also like the Casper, the Leesa has a firmer feel than a lot of the other similar products out there. The top two layers allow for some good sinkage, but not before you feel the support layer kicking in to prevent ‘falling into the mattress’.

Because the Leesa does have a slightly firmer feel in our opinion, it may be better suited to back and stomach sleepers. If you’re a side sleeper, we generally recommend going for a softer mattress which can allow your hips to sink further in.

Casper vs Leesa – Our Recommendation

So, which should you go for, the Casper or the Leesa?

The simple fact of the matter is that these mattresses do have a pretty similar feel, so it is tricky to pick between them.

The main difference between the two is that the Casper is two inches thicker and uses a layer of zoned foam to offer support and contouring for specific parts of the body.

For that reason, we rate the Casper slightly above the Leesa in terms of build quality – but both of these mattresses are very good options.

The only way to be 100 per cent sure about whether a mattress is right for you or not is to try it for a few nights.

That’s why we always recommend that you make use of the home trials offered by manufacturers such as Casper and Leesa.

Both Leesa and Casper come with 100-night home trials, meaning that you can return it for a full refund if you’re not happy with it during that time.

That brings us to the end of our Casper and Leesa Mattress comparison.

Overall, these are two solid products from reputable brands – and both should help support a good night’s sleep.

They are both a tad firmer than a lot of other similar products out there, and so we think they are slightly better suited to back and stomach sleepers.

The Casper is thicker and features a layer of zoned foam, and for that reason we rated it slightly higher than the Leesa.

But you’re not going to go too far wrong by selecting either of these well-rounded mattresses. 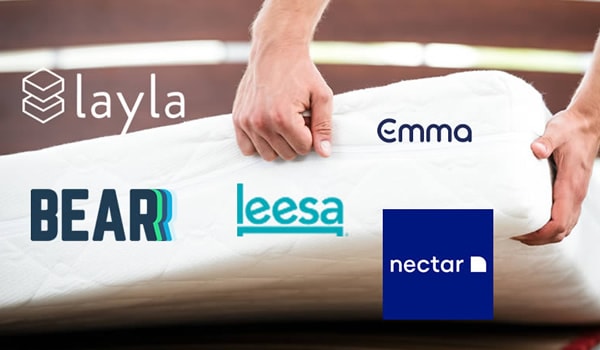 What is a Hybrid Mattress?