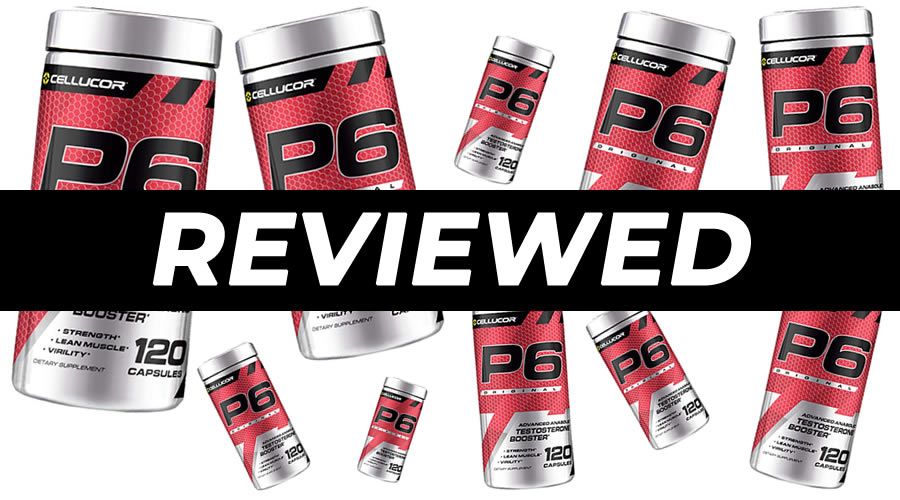 Cellucor P6 Original is one of the ‘flagship’ male-focused supplements on the market right now.

Cellucor are one of the biggest names in the supplement industry, so it’s difficult not to take notice when they add a new product to their line.

So, if you’re looking for a complete breakdown of Cellucor P6, then you’re in the right place.

Before we get started, it’s important to realise that most of the products in this category, including the one featured on this page, have not been proven to boost testosterone levels.

This Cellucor P6 Original review is going to concentrate on all of the important things that you need to know about this supplement so you can decide whether it’s a product you want to try or not.

We’re going to focus on the ingredients formula, real customer reviews and the doses of the nutrients as we look to see whether this product makes it onto our list of the best so-called ‘testosterone booster’ supplements on the market right now.

So, let’s now get cracking with our review by examining some of the basic facts behind this supplement.

As we’ve already covered, Cellucor P6 Original is a male-targeted supplement sold at various outlets online including GNC and Amazon.

Cellucor are a US-based supplements company and are famous for producing products like the C4 Pre Workout. 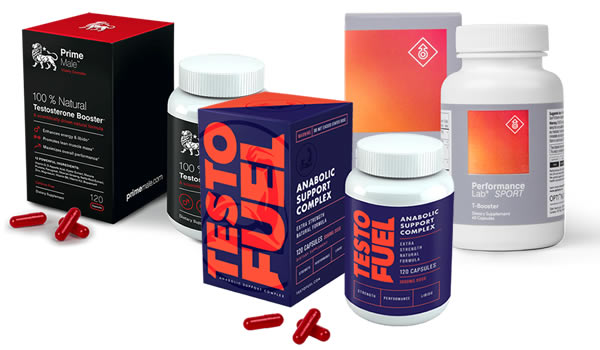 There are plenty of products in the P6 range by Cellucor, including: P6 PM, P6 Ultimate, P6 Chrome, P6 Ripped and P6 Ultra.

However, P6 Original is clearly the ‘original’ and founding member of the supplements in this series.

According to the official marketing material, P6 Original is an “advanced anabolic” supplement.

The bottle says that it will help with a number of different things as you look to hit your goals.

The promotional material on Amazon goes on to claim that it uses “new patented and clinically studied ingredients” to support normal bodily functions.

It also claims to support a whole host of other things to help you feel on point.

Certainly, this all sounds pretty good to us. Then again, most manufacturers are capable of talking a good game when it comes to promoting their own supplements.

We’ve found that it’s better to ignore the marketing hype and instead focus on the ingredients formula and what customers are saying about a product.

So, with that in mind, let’s now move onto the important next section in our Cellucor P6 Original review – the ingredients formula.

Let’s begin this crucial section by looking at the actual ingredients label of Cellucor P6 Original. 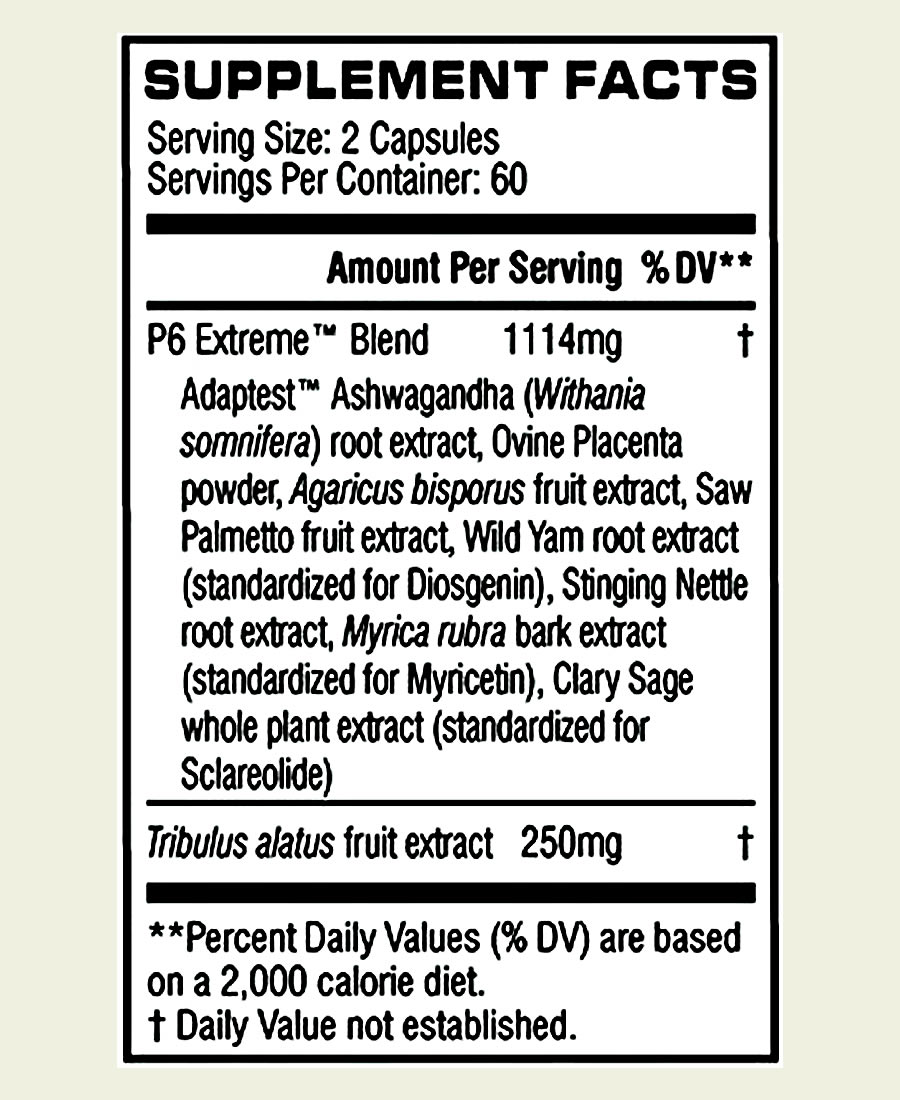 The Cellucor P6 Original ingredients formula. It’s a shame that Cellucor have used a proprietary blend for most of the ingredients

The first disappointing thing we immediately noticed about the ingredients formula is that it uses a proprietary blend to hide the doses of a lot of the ingredients used.

This means that we don’t know exactly what is in each serving, as we’re only told the total dose of the overall blend.

We generally recommend staying away from supplements that use proprietary blends, as manufacturers should really be completely transparent with their customers about what’s in their formulas.

We feel that supplement makers have no excuse not to fully disclose their ingredients formulas with their customers in this day and age.

Let’s now focus on the ingredients that Cellucor P6 Original does use.

• Ashwagandha – This is a plant extract which has been used in traditional Indian medicine. It’s known for its potential ability to help with certain things. It’s a decent ingredient for a supplement like this and is found in some of the top products on the market.

• Ovine Placenta Powder – This is essentially an extract which comes from a sheep’s placenta. It is claimed to have certain benefits. However, it sounds pretty horrible to us, and we really don’t know what it’s doing in Cellucor P6 Original.

• Common Mushroom Extract – Also known as Agaricus Bisporus, this is an ingredient we’ve found in a few supplements recently. It has shown promise at helping with certain things, although we couldn’t help but feel that something better could have been used here instead.

• Saw Palmetto – This plant extract is relatively common in health stores. There are various claims about this ingredient online, but there is not enough scientific evidence to back them up in our opinion.

• Wild Yam – A plant extract also known as Dioscorea Villosa. Again, this is claimed to help with certain things. However, we would have preferred to see a more proven ingredient used here instead.

• Myrica Rubra – Also known as the Chinese Bayberry, we’ve not come across this ingredient in too many similar supplements before. Again, it’s claimed to help with a number of things. However, we’re not too sure why it’s been included in the Cellucor P6 Original formula.

• Clary Sage – This is usually an oil which is extracted from the flower of the Clary Sage plant by steam. There are some claims that it could help in certain areas, but we’re not really convinced.

• Tribulus Alatus – This is the only ingredient not in the proprietary blend. It’s a relatively common ingredient in supplements like this, but we don’t rate it as one of the very best.

IMPORTANT NOTE: The ingredients formula above is based on the Cellucor P6 Original formula as shown on Amazon at the time of writing. There is a new formulation of P6 Original as shown on the official Cellucor website. It shows some improvements, with the use of ingredients such as Fenugreek and Long Jack Extract.

We feel that Cellucor have missed out a number of our favorite ingredients. We would have liked to have seen the following used:

Magnesium and Zinc play important roles in supporting your overall health. In case you didn’t know, Zinc contributes to the maintenance of normal serum testosterone concentrations and normal fertility and reproduction.

D-Aspartic Acid is a great ingredient and it’s usually one of the first things we look for on the label of a product like this.

And Black Pepper Extract is a great ingredient for any supplement – you’ll find it in small doses in the top products in this category.

You can see our guide to the top three supplements on the market right now by following the link shown below.

We did some digging on Amazon to uncover some Cellucor P6 Original reviews. At the time of writing, there were 247 reviews with an average rating of 3.8 out of 5 stars.

One person rated it five stars, saying that they had been using P6 for years and that it helped to boost their workouts in the gym.

However, one negative review came from somebody who rated it one star and claimed that there were better options on the market at the moment.

Cellucor P6 Original doesn’t use any stimulants such as Caffeine, so you shouldn’t have to worry too much about suffering from jittery-like side effects.

That being said, we always recommend that you take a careful look through the ingredients list for yourself and do some of your own research into the substances before trying any new supplement for the first time.

We do also recommend that you speak to your doctor before taking any new supplement for the first time.

We don’t currently rate P6 Original as one of the best supplements on the market at the moment.

Simply put, it misses out a number of our favorite ingredients (such as D-Aspartic Acid, Magnesium and Zinc) and matters are made worse by the use of a proprietary blend to hide the doses of most of the substances used.

Be sure to check out our updated supplements guide by following the link shown below.

Always make sure that you’ve got your diet and training regime on point before considering adding any kind of supplement to your daily regimen.

There’s no ‘magic pill’ to give you the results you’re after. You should make sure that you’re sticking to a healthy diet, exercising regularly and getting plenty of rest before considering adding any supplement to your routine.

That being said, if you can combine a quality supplement with the right lifestyle choices, it can help to support your results.

So, here we are at the end of our Cellucor P6 Original Review.

Overall, we were a bit disappointed by this supplement. It is missing some of our top-rated ingredients and also uses a proprietary blend (which we don’t like to see).

In summary, we think that there are some other better options on the market right now if you’re looking for a similar supplement.