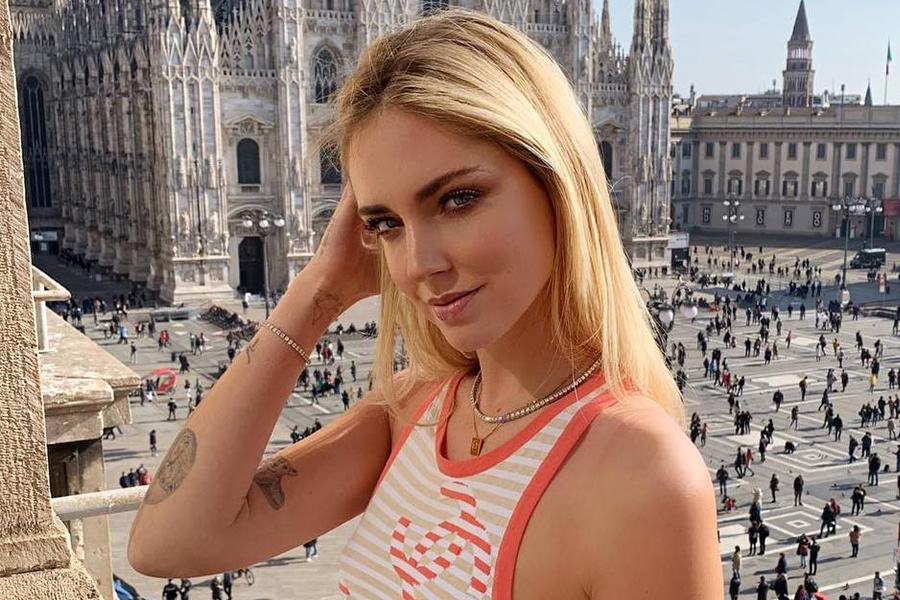 Chiara Ferragni is an Italian fashion influencer, model and businesswoman.

She is widely regarded as one of the leading fashion influencers on the planet and she has collaborated with some of the biggest brands around.

Chiara is famous for having founded fashion blog The Blonde Salad and she is now considered to be one of the leading fashion influencers in the world.

But where did Chiara’s journey start and what can we learn from her very public success?

This Chiara Ferragni biography is going to focus on everything you need to know about her, from how she first started out in fashion, to her becoming one of the top social media influencers on the planet in her space.

So, now that the introductions are out of the way, it’s time to start taking a closer look at the story behind Chiara Ferragni and her success.

Who is Chiara Ferragni?

Chiara Ferragni is widely regarded as one of the leading fashion influencers of the social media generation.

At the time of writing, Chiara has more than 16m followers on Instagram and more than 1.2m on Facebook.

You have probably already come across Chiara before on social media, or perhaps you have simply heard her name mentioned by a friend of yours. She is nothing less than a modern-day style icon.

What is quite clear is that Chiara has a natural knack for entrepreneurship and building a following and media brand to the level she has managed to is no mean feat at all.

Chiara was born in Cremona, Italy, on 7 May 1987. Cremona is a city in Italy’s Lombardy region which is located near to Piacenza.

She is the daughter of Marco Ferragni, a dentist, and Marina Di Guardo, a writer. 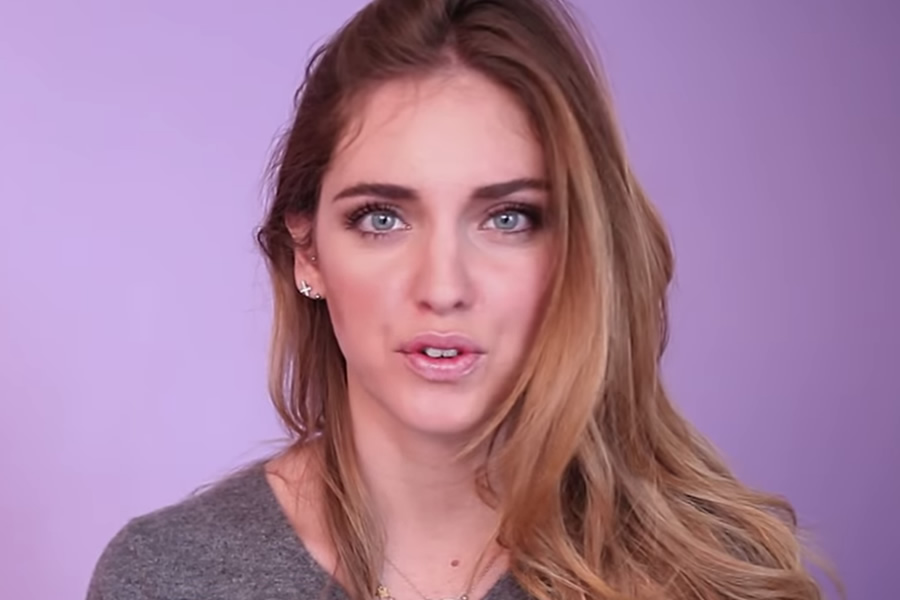 On her biography on Models.com, it is explained that Chiara inherited her mother’s passion for photography and fashion – and that is partly what set her down the road which she has found herself on in recent years.

Chiara studied Law at Bocconi University in Milan. While she was there, she set up her fashion blog The Blonde Salad. She did not complete her degree and is reported to have abandoned her studies with only three exams remaining.

By that time, The Blonde Salad was receiving more than one million unique users per month. It is hardly surprising that she decided to focus on building her online presence.

“I really started The Blonde Salad at the best time possible,” Chiara explains in an interview quoted by Forbes back in 2017.

“That’s when the world started talking about the fashion blogger phenomenon, and brands started approaching me from the very beginning.”

Although she was collaborating with major brands, she always wanted to have her own line. She launched her shoe business in 2010, which is one of the main drivers of her annual income.

In December 2011, she was profiled as the Blogger of the Moment in Teen Vogue, as The Blonde Salad continued to attract more and more visitors.

Three years later, in December 2013, she collaborated with Steve Madden to design a nine-shoe collection for Spring 2014.

The Blonde Salad now employs 20 people and the website is clearly now competing with some major traditional media platforms.

According to one report cited widely online, Chiara’s business ventures grossed around $8m in 2014, thanks largely to the Chiara Ferragni Collection footwear.

In 2015, she was featured on the Forbes 30 Under 30 list following her rise to prominence in the years before that. 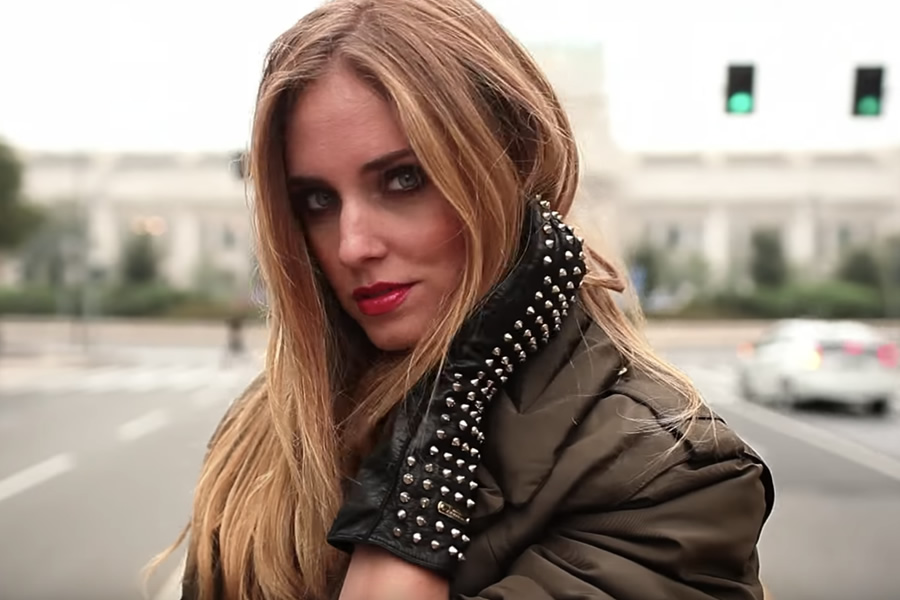 With her broad and loyal audience on social media, Chiara earns significant amounts of money from sponsored posts on Instagram.

According to one article from 2017 in English newspaper The Daily Telegraph, Chiara earned a staggering $12,000 per sponsored post on Instagram.

Reflecting on her new role as a fashion influencer back in 2017, Chiara said: “I think influencers right now are the new media.

“In the past, people were so interested in reading fashion news out of a magazine, and now they get all this information from social media, through influencers.”

In July 2018, Chiara opened her first ever store in Milan. It is located in Via Capelli, Milan, not far from stores of world famous labels such as Maison Margiela, Vivienne Westwood and Moschino.

So, there is clearly no doubt that Chiara deserves immense respect and credit for the career and life she has built. She has evidently worked incredibly hard to get to where she is.

There is no official figure about Chiara Ferragni’s net worth, and any numbers you may have found online are likely to be estimates.

As mentioned above, Ferragni was earning around $8m from her business ventures back in 2014.

You probably already know this, but Chiara is married to Italian rapper and producer Federico Lucia, known as Fedez.

Federico proposed to Chiara during one of his concerts in Verona. The concert and proposal were both broadcast live on the Italian radio and television.

Chiara and Federico got married on September 1 2018, with the wedding took place in Noto, Sicily. The couple currently have one son together, Leone, who was born on March 19 2018.

She regularly posts pictures of Leone and Federico on her social media channels. Clearly, she is not worried about giving the world a glimpse into her son’s formative years.

The couple have their own hashtag on Instagram – #theferragnez

The wedding, which took place in September 2018, was a huge subject of attention.

Naturally, there was also plenty of interest in Chiara Ferragni’s wedding dress.

Ferragni wore two haute couture Dior dresses for the wedding day, one of them worn twice (but in two different lengths). All of them were designed by Maria Grazia Chiuri. 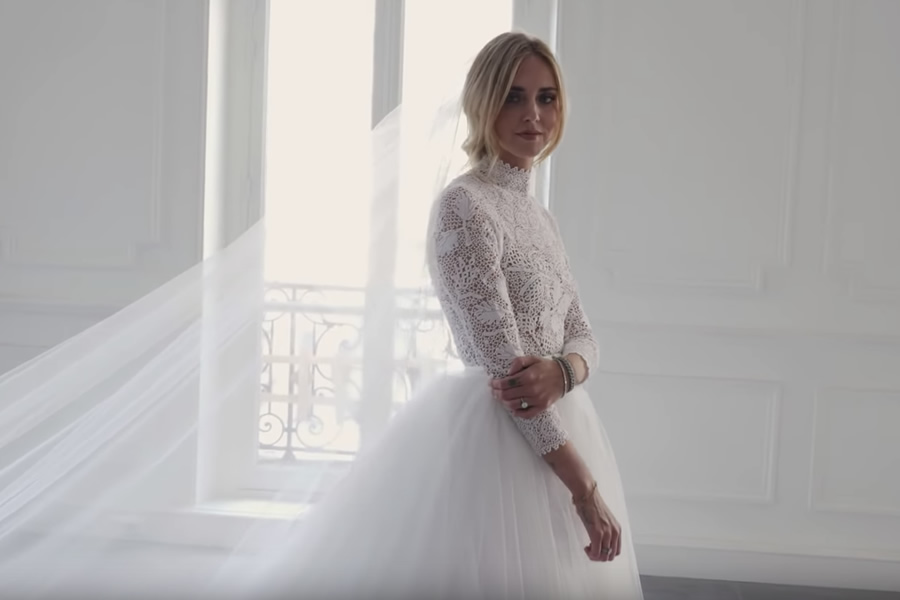 You can see Chiara wearing her wedding dress for the first time in the photographs below and above. 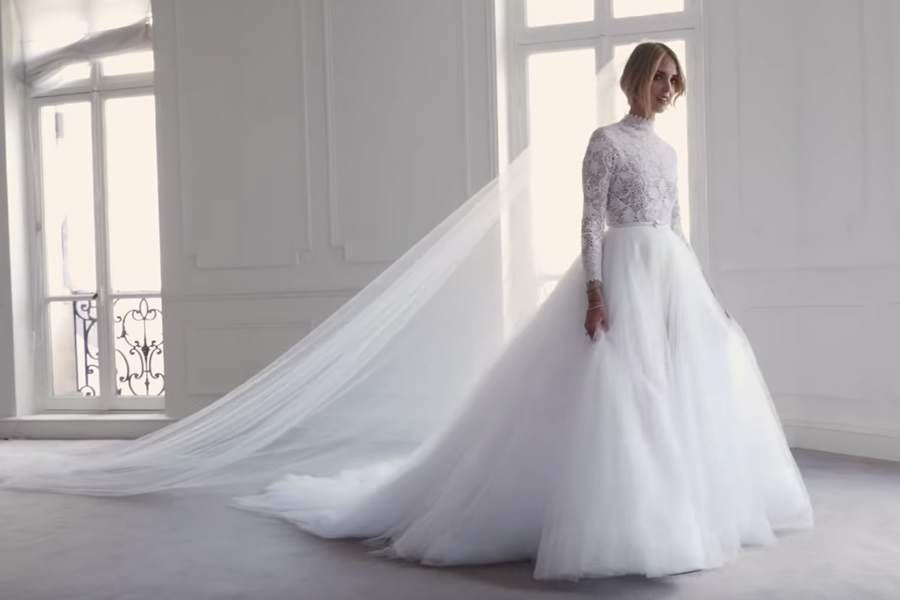 Clearly, Chiara Ferragni has a huge presence on social media.

At the time of writing, she had more than 16.1m followers on Instagram.

On Facebook, The Blonde Salad’s official page has more than 1.2m likes.

So, you may be wondering about Chiara Ferragni tattoos.

Amazingly, Chiara is reported to have at least 26 tattoos.

According to a list published online, these are the tattoos that have been seen in public.

She also has a “Kiss Kill Kiss” tattoo on her wrist and lips on her knuckle, as well as a bow on her neck.

Clearly, Chiara is a big fan of tattoos. It’s hard to keep up with how many she has!

What Can We Learn from Chiara Ferragni? 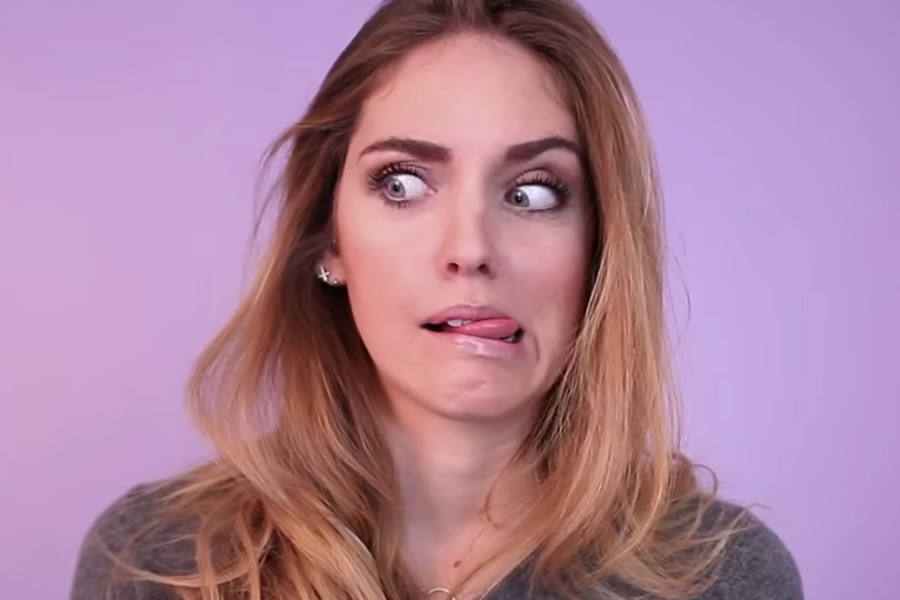 There can be no doubting that Chiara Ferragni is one of the first people to have established herself as a global fashion influencer.

She came from humble beginnings, but has clearly worked incredibly hard to get to where she is today.

Chiara should serve as an inspiration to young people looking to forge their own careers as influencers in their chosen niches.

It cannot have been easy for her to get to where she is and adapt to the level of attention she has been receiving since her rise to prominence.

But it seems that she has always carried herself with dignity and professionalism.

Any young person looking for a role model on how to make it in fashion and business need look no further than Chiara Ferragni and the impressive example she has set.

So, that brings us to the end of our Chiara Ferragni biography.

Quite clearly, Chiara should serve as an inspiration for anyone looking to make it on their own.

She dropped out of university to pursue her own dreams and it has paid dividends.

Chiara has had to learn how to deal with life in the public eye, but she seems to have carried herself exceptionally well over the years, despite her dramatically changing circumstances.