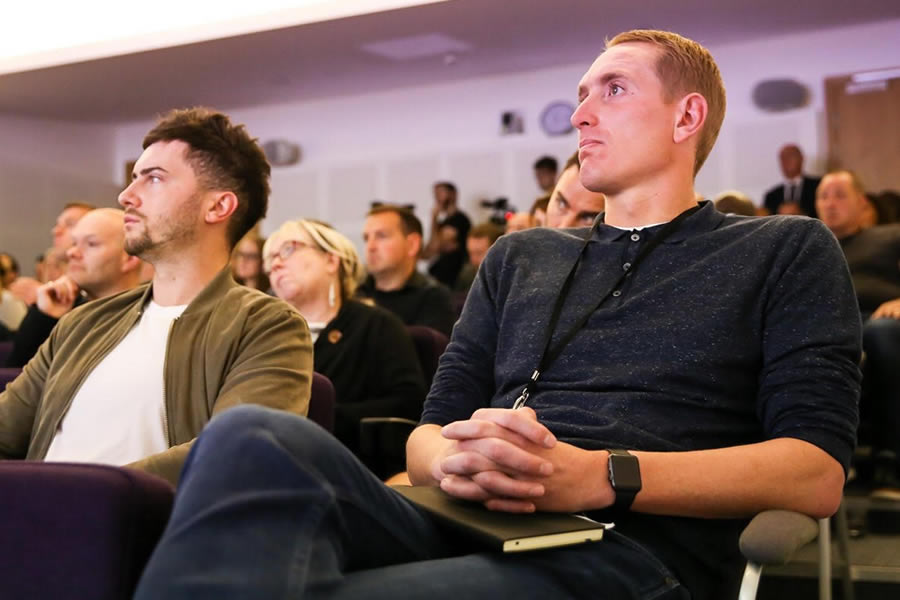 Chris Kirkland and Jack Knowles are the co-founders of the Yapa – the social media app that encourages its members to talk to one another rather than sharing photographs or amassing ‘likes’.

Kirkland is a former professional footballer who played as a goalkeeper for the likes of Liverpool FC and Wigan Athletic during a career spanning 18 years.

He and Knowles founded Yapa after they both suffered from mental health issues and wanted to provide a social media platform which an emphasis on helping those going through something similar.

The app encourages users to send out ‘Yaps’, text-based posts that are mood-dependent.

They range from Depressed to Happy via different color codes, giving members the chance to connect with friends or well-known personalities and express themselves honestly.

It was great to chat to both Chris and Jack to hear about their own struggles and how the Yapa app came about!

What is Yapa and how does it work?

Jack: It’s a social app that puts mental health first. There are no photos, it’s not about likes, and you send out ‘Yaps’ dependent on your mood.

This can range from ‘depressed’ or ‘anxious’, but there can be positive ‘Yaps’ like ‘happy’, ‘proud’, etc. Say that you’ve sent out a ‘depressed’ yap, we can get in contact with that person and send local help to where they are at that time.

What prompted you to start the app?

Jack: I went through a bad point of depression when my gran died and I split up with my missus. I was looking at the mainstream social apps and they were actually making me feel worse at the time. I’ve always been in the tech industry and that’s when the idea came up in my head.

Why not make an app that’s pretty much based solely on how your feeling, and it’s not about photos and the number of likes you’re getting? That’s when I got in contact with Chris to get his feedback on it. 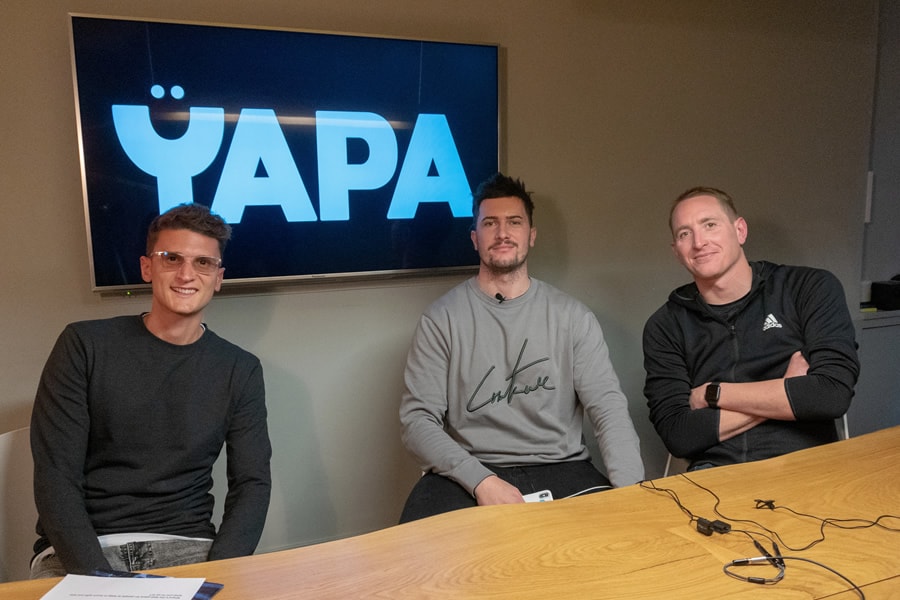 How did you first get involved, Chris?

Chris: Jack contacted me on Twitter in 2016, saying that he’d read my story and that he’d got a great idea for a mental health app. I was obviously very interested, so we met and just clicked straight away.

We got on great and he told me his idea, and I just wanted to get on board with it.

I loved what he was saying about it and one of the big things was that it was going to be free for people to download. If he’d said we’re going to charge people for it, I wouldn’t have done it.

I knew his intentions were in the right place and I was desperate to get on board with it.

Jack: We’re never going to charge for someone to download it. We just want it to be free always and help as many people as possible. 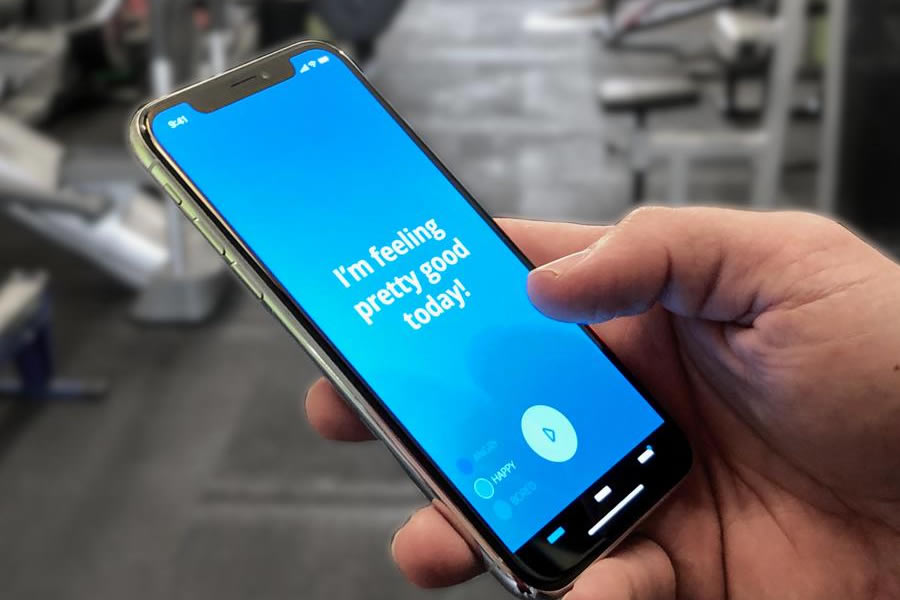 How important do you think it is to have apps like this out there that have a different set-up to the mainstream social media apps?

Chris: That’s what Jack did, there was nothing like this and it’s what he wanted to start up. I think it’s vital. We see social media these days – I’m not a big fan of it. I’m on Twitter, yes, but only to promote things that I think can help, and this is one of those big things. You can use it for good sometimes. But no likes, no photos, I think that’s an amazing concept.

It’s just communication and we can tell if people are feeling down. In the new update, there will be an algorithm which can tell how someone is feeling by what they’re Yapping.

There are a lot of great things happening. I think the app is going to keep growing and getting bigger, and the concept is amazing.

Jack will tell you that somebody got in contact with him the other day, who we can’t name, who said his daughter stopped self-harming since using Yapa and deleting her other social accounts. That’s what we’re doing it for.

Chris: I signed for Liverpool in 2001 and was there for five years. Then I was at Wigan for six years, and so for 11 years I lived in the same area, with the same routine. I was very happy, I had a daughter who I dropped off at school and picked her up after training because the timings were perfect.

Then I moved to Sheffield Wednesday and everything flipped on its head. I was having to leave at 5:30 in the morning to beat the Manchester traffic, I was missing my daughter going to school.

My whole routine changed and I just didn’t like it. I didn’t want to go to training, I just wanted to be at home.

Sheffield Wednesday as a club were unbelievable. They didn’t know anything about it but they knew there was an issue at home. They gave me extra days, and if they weren’t as brilliant and accommodating as they we’re, I would have left a long time before.

I signed and then two weeks later I said that I’m not coming back. But they gave me enough time to deal with things and to go back in. But then it progressed from there over the next few years.

I thought moving to a team closer to home would reverse it all but it didn’t. I was too far gone by then and was getting into a bad place.

Could the individual clubs themselves be doing more to support their players with regards to mental health?

Chris: Yeah, definitely. I didn’t do it for footballers – it’s for society in general. I’m in a position where through football I can get things out there to the wider public. I think football clubs can do more than what they are doing.

The PFA certainly helped me when I first contacted them in 2016. Michael Bennett, who is the director of player welfare for the PFA, came up and visited me when I was in a rehab place.

I think 140 players past and present contacted the PFA three years ago, and last year it was 680. So they know that they’ve got a big issue on their hands, and clubs can do a lot more than what they are doing.

There will always be a stigma with it. You’ll always get blokes who won’t talk about these things. But I think now we’re seeing more people coming out and talking about from high profile positions, which helps in general.

It needs to be a constant thing and I think we’re seeing that now. Every week, there is something on about mental health in the media, there are numbers to contact if you are feeling down. I think that if it carries on like that, it will be a lot better.

How important is it for you to be able to help society with what you’re doing?

Chris: That’s why I’m doing it. It’s about doing it for the right reasons. I’m involved in a lot of stuff with Yapa and other things that we’re going to interlink moving forwards. Jack’s been getting a lot of calls from people who want to get involved with this app in their business as well, which is great.

Jack, could you give us a bit of an idea of what’s ahead for Yapa?

Jack: Yeah, so we’re integrating quite a few new functions, including a meditation section. We’re also integrating a group section. We’ve had a lot of contact from football and rugby clubs, where they want to track how their players are feeling. Those are two big functions that we’re integrating and the update comes out this Friday. There is a touch of a redesign as well, to make it easier to use.

We want to hit the younger audience a lot, because mental health problems do tend to start at a younger age.

We’re never going to have photos on it. You look on social media when someone posts a picture of themselves on holiday or in a new car. They may look happy but you never know how that person is really feeling.

Instead of that, with Yapa, they might be saying that they’re depressed or anxious – so you actually know how they’re feeling. At the end of the day, would you rather go on Instagram and like someone’s photo, or would you rather know how someone is feeling? 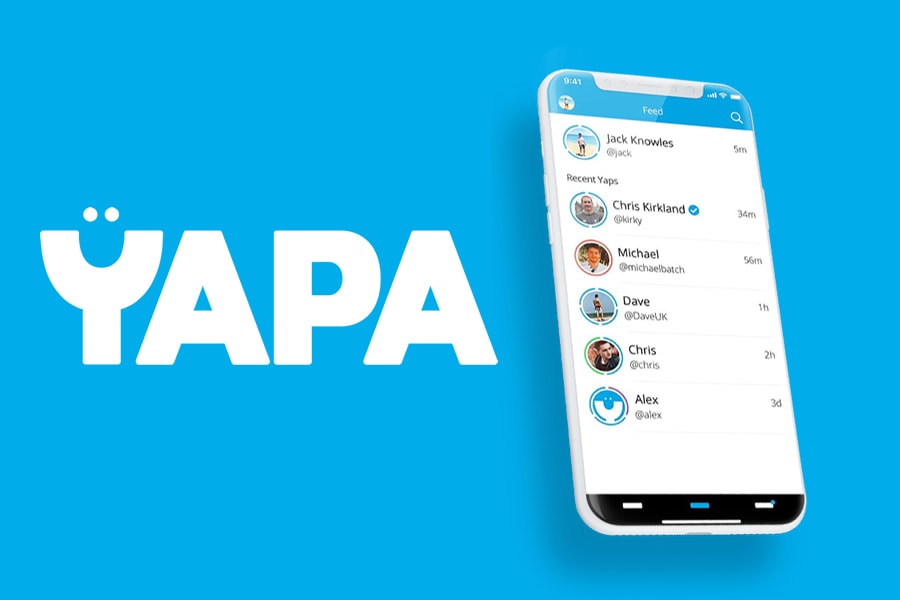 The Yapa App is available on iOS and Android

Chris, what else needs to be done to address the issue of mental health?

Chris: More stuff like this. We just need to keep talking about it. We need places to be able to go to and people need to know who to ring for help – and just make it a normal thing.

They say that it’s one in four, it’s more than one in four for me, it’s probably more like three in four who will suffer from it at some stage.

It needs to become normal and for people to feel safe and strong enough to talk to people. Workplaces have got a big responsibility as well. I’ve done a few talks at places that are implementing it in their businesses now.

For someone who’s maybe going through something similar to what you went through, what advice would you give them?

Chris: Talk. It’s the hardest thing sometimes. It sounds easy but it’s not.

Share your problem, ask for help, be strong and don’t be scared. As soon as you do, you’ll feel a lot better.

My final question is, if you could go back knowing what you know now, what advice would you give to your 18-year-old self?

Jack: It would be to not hold it in. I wasn’t telling anyone what I was going through and I think that just made it worse. At the time, you think it is going to last forever. But it definitely doesn’t, because I’m in a great place now.

Chris: It’s easy saying it now but back then, you couldn’t imagine doing it. You didn’t want to ask for help, for whatever reason that was. Reach out and ask for that help, and don’t hide it away.

Yapa is available for download on iOS and Android. To find out more and to back the app’s development via crowdfunding platform Seedrs, visit: https://yapapp.com 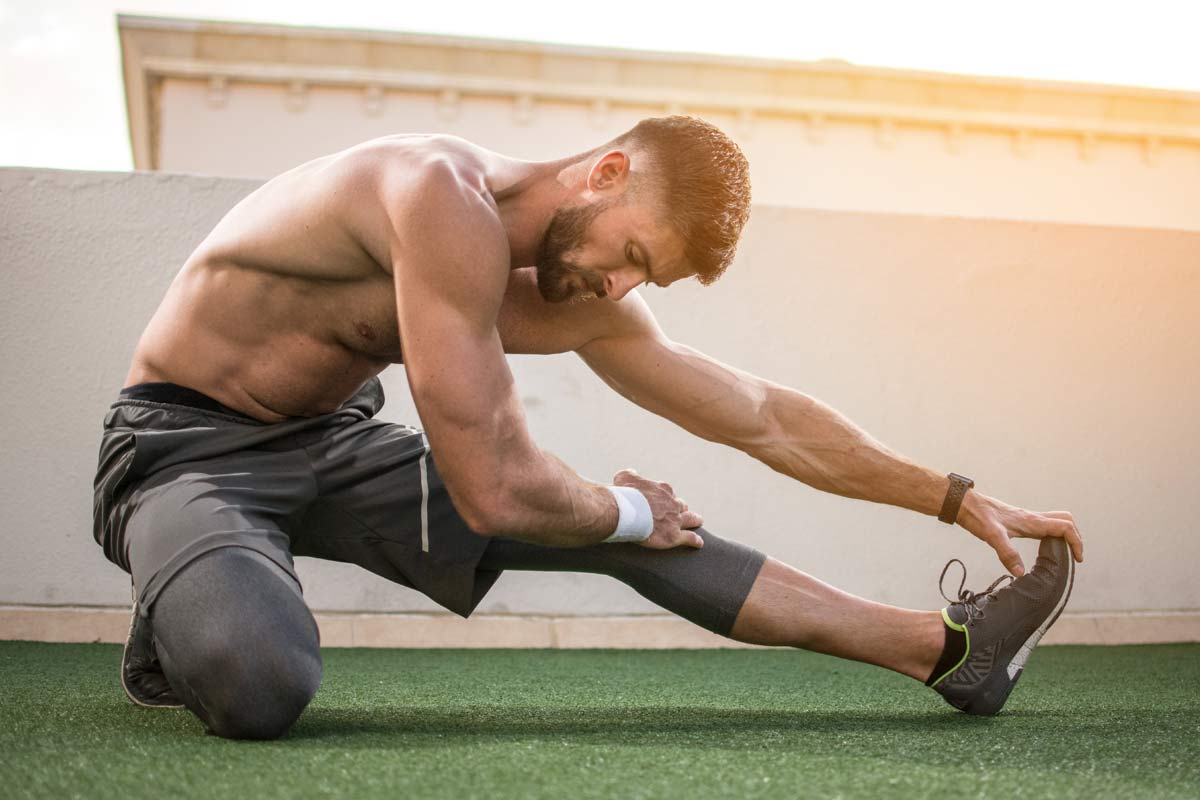 Causes Of Tight Hamstrings And How To Fix Them (Expert Tips) 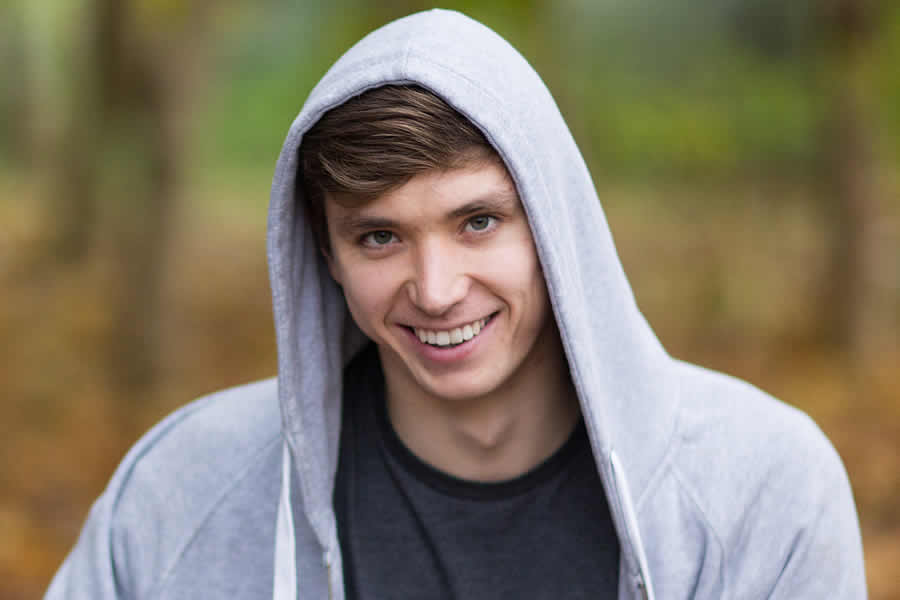 Yasmin Alexander on Gut Health, Prebiotics, Probiotics and The Importance Of Fiber

What Does A Meaningful Job Mean To You?