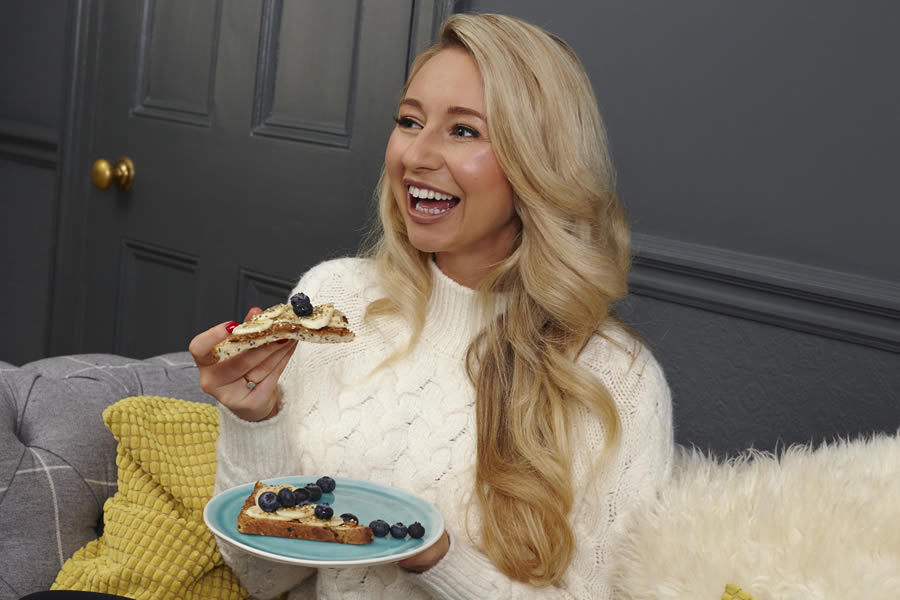 When it comes to healthy eating, we are bombarded with conflicting messages every day.

Should we stop eating by 6pm? Is it healthier for us to go gluten-free? Should you only eat carbs after a workout?

A recent study revealed that half of Brits think that bread is bad for you. Over a fifth of men and women (21.25 per cent) believe that long periods of exercise are better for you than short bursts, with a further 20 per cent avoiding food before working out.

The national study of more than 2,000 adults, commissioned by healthy bread brand Burgen, is aiming to help tackle the confusion by busting today’s most popular health myths and inspiring healthy eating attitudes.

Leading nutritionist Rhiannon Lambert has separated fact from fiction on a number of common healthy eating and nutrition myths.

Here are her answers to some common Health and Diet questions and myths.

An hour’s exercise is better for you than 15 minutes…

To stay healthy, adults should try to be active every day and aim to achieve at least 150 minutes of physical activity over a week through a variety of activities. This can reduce your risk of major illnesses, such as heart disease, stroke, type 2 diabetes and cancer by up to 50 per cent and lower your risk of early death by up to 30 per cent.

For most people, the easiest way to get moving is to make activity part of everyday life, like walking or cycling instead of using the car to get around. However, the more you do, the better, and taking part in activities such as sports and exercise will make you even healthier. For any type of activity to benefit your health, you need to be moving quick enough to raise your heart rate, breathe faster and feel warmer.

There is substantial evidence that vigorous activity can bring health benefits over and above that of moderate activity. You can tell when it’s vigorous activity because you’re breathing hard and fast, and your heart rate has gone up quite a bit. If you’re working at this level, you won’t be able to say more than a few words without pausing for a breath.

Should you be cutting carbs?

The view that all carbohydrates should be cut from someone’s diet to maintain a healthy weight is quite simply wrong. We get the energy in our diet from foods containing; carbohydrates, protein and fat.

Carbohydrate contained in food, isn’t directly ‘fattening’, however it can be very easy to eat too much (and too much of any food leads to weight gain) or add unnecessary or extra fatty foods to carbohydrate-based foods. For example pasta will not make you gain weight, however eating five times more than you need smothered in a creamy sauce will contribute to weight gain.

In fact, carbs are an important source of fuel for your brain and body. Good (complex/starchy) carbs include wholegrain pasta, quinoa, brown rice, sweet potatoes, wholegrain bread, oats and bulgur. Our brains use the glucose from carbohydrates as fuel.

If you’ve ever been on a strict diet regime which promote cutting carbs, you’ll know that it can be hard to concentrate and you often experience severe drops in mood. That’s because carbs play an important role in transporting tryptophan (key to creating serotonin, your happy hormone) to the brain.

You shouldn’t eat after 6pm…

The danger here is, post-6pm becomes a window of opportunity to hoover up a myriad of foods high in calories, saturated fat and packed with added salt and sugar, undoing your earlier healthier choices.

The reality is, eating different food groups at different times of the day doesn’t matter, in terms of your health, its nutritional balance that’s key.

You should not eat before your workout…

No matter what your sport, carbohydrates are vital for the best performance. Exercising muscles rely on carbohydrate as their main source of fuel. The amount you need will depend on your training programme and dietary goals.

In general, the more intense the training programme, the more carbohydrate you need to include in your diet. A diet low in carbohydrate can lead to a lack of energy during exercise, early fatigue, loss of concentration and delayed recovery.

In general, people who do regular intense training should make sure they get enough food energy, which includes energy from carbohydrates as well as not forgetting the importance of fluid.

If the right amount of food and fluid is eaten and drunk before, during and after exercise, performance can be maximised during exercise and recovery after exercise supported.

In fact, the ideal time for a pre-exercise meal is two-to-four hours before your workout because its early enough to digest the food, yet late enough that this energy won’t be used up by the time you begin exercising. 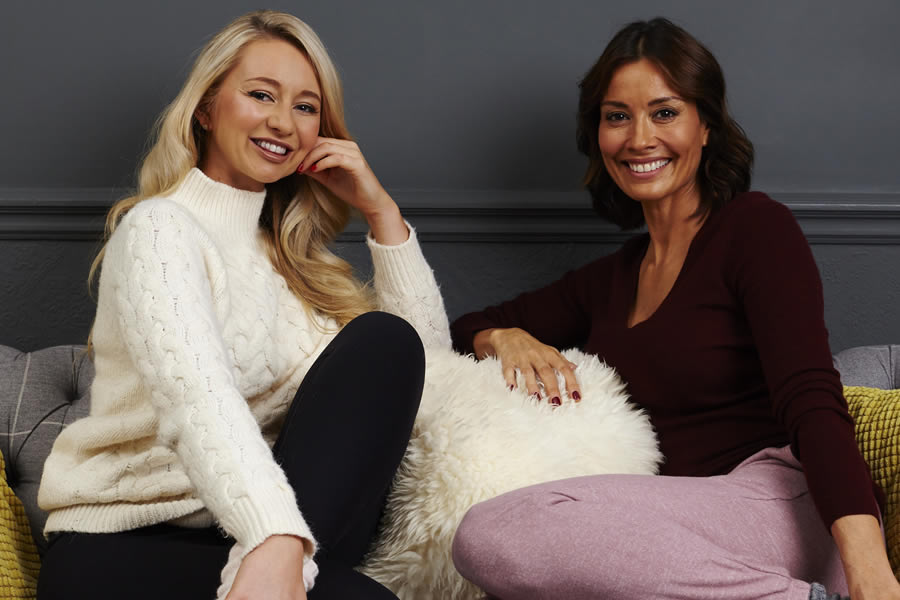 Bread is bad for you…

Bread, especially wholemeal, brown and seeded bread, is a healthy choice to eat as part of a balanced diet. It is a nutritious and economical food and provides an excellent source of many nutrients including:

• Fibre – Bread can be good source of fibre and provides a fifth of our daily intake. Fibre from wheat bran, oats, rye and barley can help to keep our digestive system healthy and can help us to feel full, which means we are less likely to eat too much.

• Calcium – By law in the UK, white and brown flour are fortified with calcium. Calcium is an essential nutrient for strong bones and healthy teeth but is equally vital as a regulator in most of our body tissues, helping nerves and muscles to work properly.

• Iron – Flour is one of the major sources of iron in the diet making bread an excellent source of iron which is an important mineral, essential for healthy blood cells and good circulation.

• B Vitamins – Over a third of our daily requirement of thiamin comes from cereals and flour-based foods such as bread. Bread is also a good source of niacin, another B Vitamin and Vitamin B9 (folate).

There are many factors that can contribute to bloating, largely related to lifestyle. For example, stress, lack of sleep, sitting down for several hours (moving encourages blood flow to the digestive tract), high waisted clothing, etc. Eating mindfully is also important.

Some people find certain foods are simply hard to digest, and wheat appears to be one of those. There are 3 key health problems caused by wheat:

• Wheat allergy – reactions usually begin within minutes and include itching, sneezing and wheezing. See your GP for referral to an NHS allergy clinic.

• Coeliac disease – a condition where the intestine lining can’t absorb and is damaged by gluten-containing foods including wheat, barley, oats and rye. See your GP for a blood test.

If your symptoms are severe and long-lasting, especially if you have blood in your poo (stools), vomiting or painful stomach cramps, see your doctor to rule out a medical condition.

If you have bloating or other minor symptoms after eating bread, consider trying an elimination diet. This is where you completely cut out wheat from your diet for four weeks, then gradually bring it back in to see if symptoms reappear.

The good news is that you might not need to cut out bread completely. Some people with wheat sensitivity appear to have no problems when they eat toast (cooked wheat tends to be easier to digest) or sourdough bread.

You should only eat carbs after a workout…

The best way to fuel exercise is to have a regular meal/eating pattern which includes a low fat, high-carbohydrate snack or a light meal two to three hours before exercise.

Then after starting exercise, start replenishing your glycogen stores immediately with a high carbohydrate low fat snack. The most effective refuelling occurs within 0-30 minutes after exercise.

Muscle is gained through a combination of resistance training and a diet that contains adequate energy and carbohydrate. If you only concentrate on a high protein intake without enough carbohydrate, then the protein will be used for energy instead of being used to build muscle!

Additionally, too little carbohydrate will lead to low energy levels, which will make it very difficult for you to train and perform at your best.

Gluten-free bread is essential if you have been diagnosed with Coeliac Disease, but if you have not been diagnosed then removing gluten from your diet means you run the risk of missing out on fibre and some valuable vitamins and minerals.

In order to make up for the shortage of fibre, eating other grains such as brown rice or quinoa should be encouraged.

Gluten is also abundant in many traditional diets making it an ingredient very hard to cut out. It’s everywhere from frozen vegetables to some medication. Many so called natural flavourings added to food labels have barley as a base so it’s really hard to eliminate completely.

Gluten-free foods are not necessarily healthier than their gluten-containing counterparts. Many would be tasteless without the higher levels of sugar, salt, and other additives to make them more palatable. Gluten-free junk food is still junk food.

If you want to make a change for health reasons then getting rid of the refined carbs in your diet like bagels and white pasta, and replacing them with grains will provide an immediate boost in nutrients and fibre which will ensure your energy levels will be higher than ever.

Ultimately, a gluten-free diet won’t necessarily mean you’ve chosen a healthier route when you run the risk of losing out on essential nutrients.

Eating a gluten-free diet isn’t easy either, which is exactly why if you’re considering cutting it out, you should definitely consult with a health professional first.

• Burgen Soya & Linseed Bread is rich in calcium and high in Omega 3 alpha-linolenic acid (ALA) which helps maintain normal blood cholesterol levels when you eat 2g a day. Enjoy as part of a varied and balanced diet.