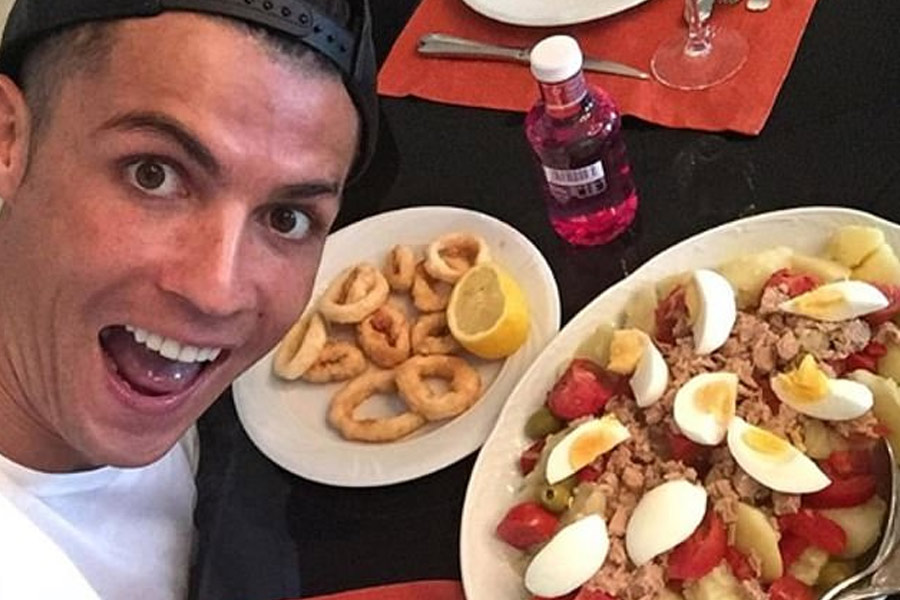 Is Cristiano Ronaldo vegan and what diet does he follow?

Ronaldo is known as one of the world’s greatest-ever footballers and he is widely regarded as one of the top attackers in the history of the game.

The Portugese footballer is known for his passion for health and fitness and his discipline when it comes to keeping himself in the best possible shape.

But is Ronaldo vegan and what else do we know about his diet and fitness plans?

In this article, we’re going to take a detailed look at some of the important aspects of Ronaldo’s nutrition and training plan that he has revealed over the years.

We’re going to pay particularly close attention to the kinds of foods he eats on a regular basis, and whether he follows a strict vegan or vegetarian diet or not.

So, with the introductions out of the way, let’s start taking a closer look at Cristiano Ronaldo’s diet and fitness lifestyle.

Who is Cristiano Ronaldo?

If you’ve landed on this page and haven’t been living under a rock for the last 10 years, then the chances are you already know all about Cristiano Ronaldo.

Cristiano Ronaldo was born on 5 February 1985 on the island of Madeira, Portugal. He is currently 37 years old. 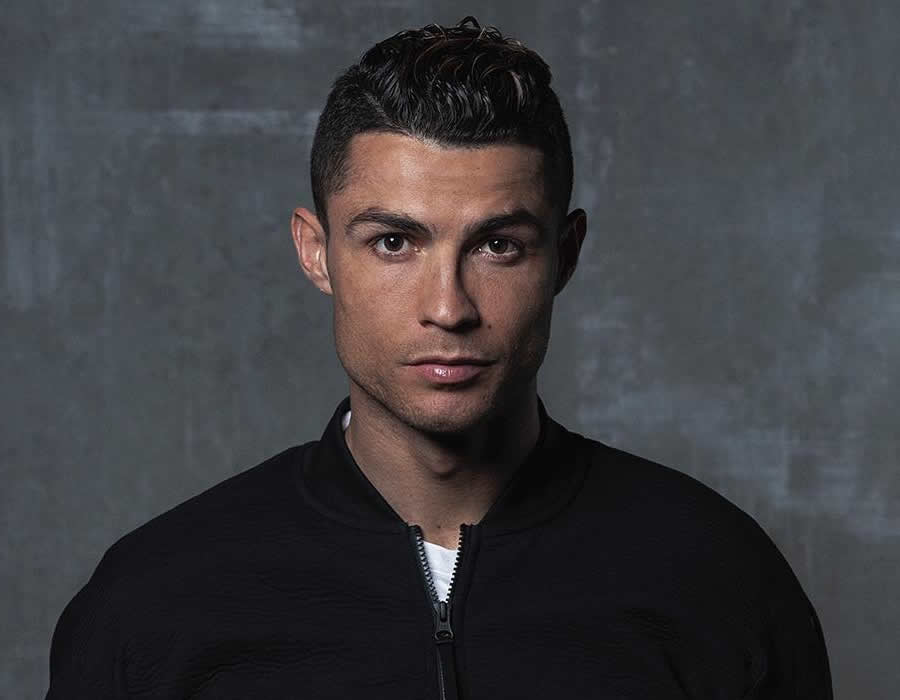 A talented footballer from a young age, Ronaldo started his career at Sporting Lisbon after he signed for the club when he was just 12 years old. He made his first-team debut for Sporting in January 2002.

Manchester United then signed Ronaldo in the summer of 2003 while Sir Alex Ferguson was in charge of the Red Devils.

He enjoyed a glittering career with Manchester United, winning the Premier League three times, the Champions League once, as well as claiming winners’ medals in the League Cup and FA Cup too.

Ronaldo went on to establish himself as one of Manchester United’s greatest-ever players before he eventually signed for Real Madrid in the summer of 2009.

During his time with Real Madrid – in which he became the club’s all time top goal-scorer – he won all of the titles on offer to him, including four Champions League triumphs and two La Liga title victories.

Ronaldo’s success has not gone unnoticed, with the winger having won the prestigious Ballon d’Or award a staggering five times in all of its formats.

Although Cristiano Ronaldo does stick to a diet full of healthy fresh fruit and vegetables, as well as whole-grain carbohydrates, he does not follow a strict vegan diet.

Over the years, Ronaldo has offered brief insights into his diet and nutrition.

“I eat a high protein diet, with lots of wholegrain carbs, fruit and vegetables, and avoid sugary foods,” Ronaldo is widely quoted to have said.

However, Cristiano Ronaldo is not vegan. For example, in an Instagram post in September 2016, Ronaldo uploaded a picture of himself about to eat a meal which appeared to contain chicken as one of the main ingredients.

Ronaldo shared the photo below on the social media app and wrote the caption: “Time to eat.” 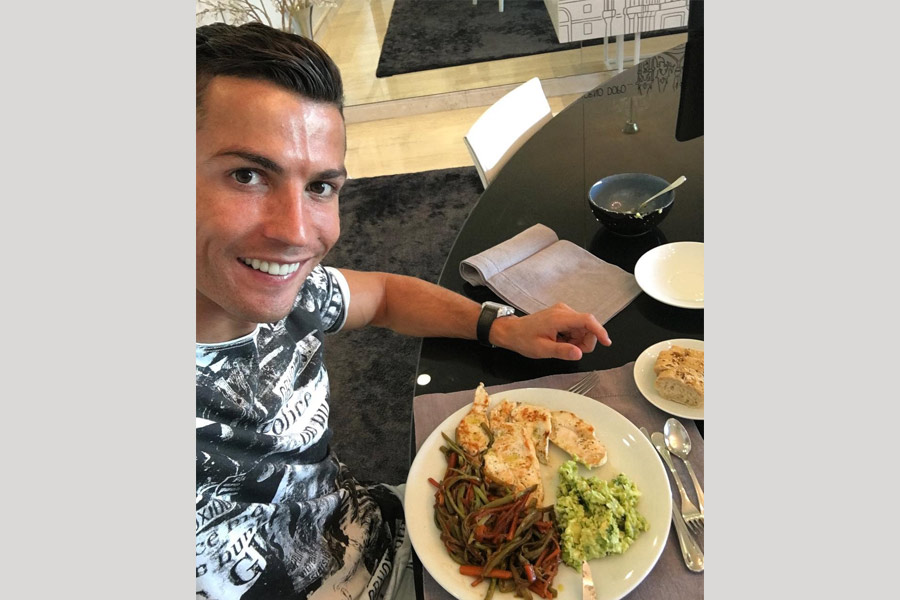 So, although Cristiano Ronaldo eats a diet high in healthy fruits, vegetables and whole grains, he is not vegan.

What Is Cristiano Ronaldo’s Diet?

We’ve already touched upon this above, but Cristiano Ronaldo’s approach to diet and nutrition is probably part of the reason why he has been so successful over the years.

According to an article published in UK newspaper The Daily Mail in January 2020, Ronaldo has a number of tips and tricks to do with diet when it comes to keeping himself in the best possible shape.

The same article says that Ronaldo has his own nutritionist and he eats whole grains, fresh fruit and lean proteins contained in fish such as swordfish, sea bass, sea bream and cod, as well as plenty of chicken.

It is claimed that Ronaldo considers chicken to be one of the “magical” foods he eats regularly, because it is high in protein and low in fat. 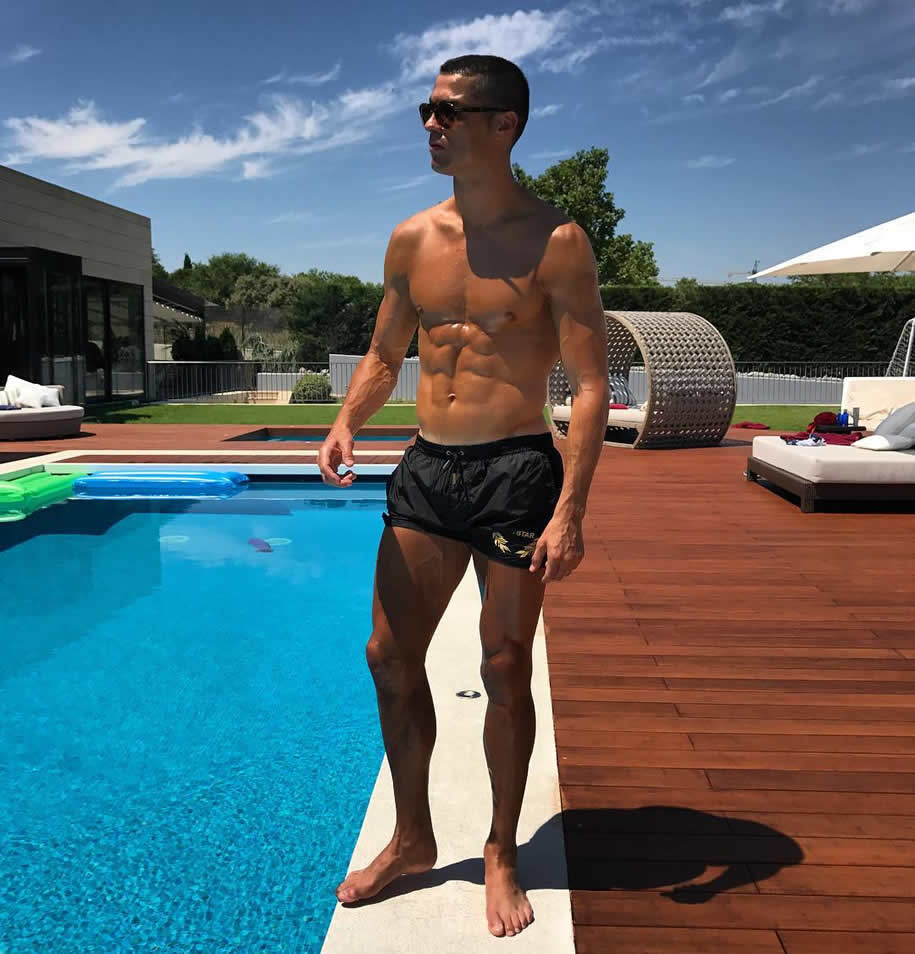 Interestingly, Ronaldo also says that eating small meals regularly helps him with his recovery and performance.

“I sometimes eat up to six smaller meals a day to make sure I have enough energy to perform each session at top level.”

Apparently, the reasons he eats small meals regularly is because it helps to meet the high nutritional demand of being a footballer and support the fast metabolism that most athletes have and require.

An example meal for Cristiano Ronaldo is similar to the one pictured above, which consists of chicken, mashed avocado and plenty of cooked vegetables.

Does Cristiano Ronaldo Have Any Other Lifestyle Secrets?

One thing that is often overlooked when it comes to health and fitness in general is sleep.

Cristiano Ronaldo is known for having prioritised sleep for rest and recovery from the early days in his career.

For example, Ronaldo learned from sleep expert Nick Littlehales the importance of good quality sleep in helping with athletic performance.

You can read our exclusive interview with Nick Littlehales here. In the interview, he explains the thinking behind his philosophy when it comes to making the most of your sleep and recovery.

According to Littlehales, it is ideal for a professional athlete to have five small rests of 90 minutes per day. This could be all at once during the night, or split up with different ‘cycles’ at different times of day.

There is more and more emerging research in the field of sleep that underlines its importance for good health overall, and so it is no surprise that Cristiano Ronaldo takes it seriously.

Becoming a footballer of Cristiano Ronaldo’s stature takes some natural talent – but there can be no denying the amount of hard work the Portugal international has put in over the years as well.

Ronaldo is famed for his tireless attitude when it comes to his diet and fitness regime, and his good health has been one of the pillars holding up his success over the years.

Eating a clean, natural diet, avoiding sugary foods and ensuring that he sticks to a schedule which prioritises sleep and recovery has allowed Ronaldo to make it to the very top of the football game.

Taking a close look at Ronaldo’s diet and nutrition plan can offer a fascinating insight into what it takes for professional athletes to keep themselves performing at the highest level.

So there we have it. We’ve walked you through everything you need to know about Cristiano Ronaldo’s diet and fitness plan.

We’ve answered the question about whether Cristiano Ronaldo is vegan or not (he’s not).

We’ve also taken a more detailed look at the Cristiano Ronaldo diet and health approach that has kept him at the top of his game over the last few years.

We’ve also explored how ensuring that he gets enough quality sleep is another key part of his training and health programme.

One thing is for sure, we could all learn a lot from looking at Cristiano’s dedication to good health when it comes to supporting his incredible career playing football.