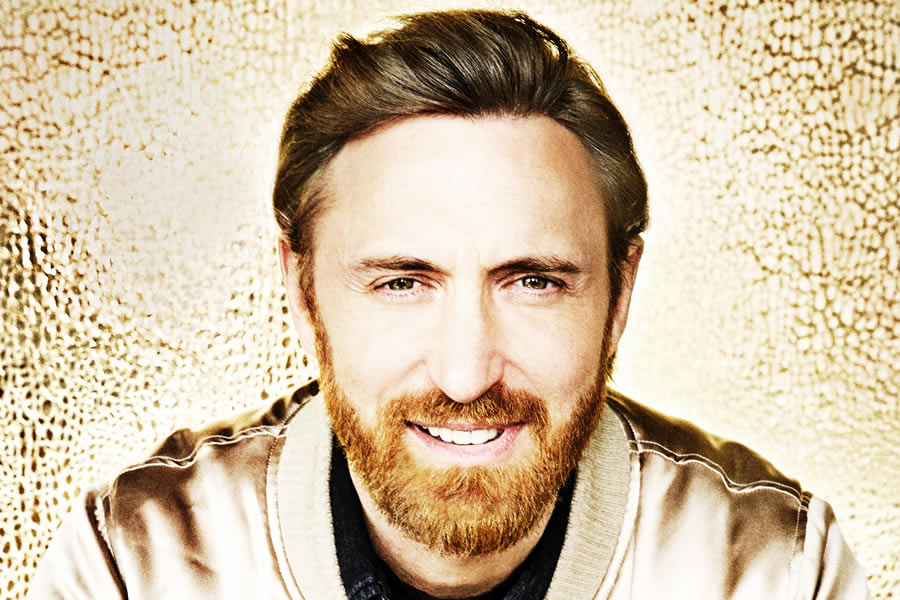 He is widely regarded as one of the biggest names in Electronic Dance Music (EDM) and has sold more than 30 millions singles worldwide during a glittering career.

But despite his obvious success, how much do we really know about David’s story, his early years and rise to prominence?

This in-depth David Guetta biography is going to focus on all of the important things you need to know about his journey, from his upbringing to how he got to where he is today.

We’re going to pay particularly close attention to the moments that helped to shape his career and pick out the main things we can learn from his story.

So, with the introductions out of the way, let’s start taking a close look at David Guetta’s journey.

Who is David Guetta?

He was born in Paris, France on 7 November 1967. His father, Pierre Guetta, was a Franco-Italian sociologist, while his mother is of Belgian descent.

Through his father, David is the younger half-brother of French journalist Bernard Guetta and of the Franco-Italian actress Nathalie Guetta.

David showed an interest in music from an early age. He says that one of his earliest memories was “playing with a record when I was four – my mum had a turntable.”

David first started out DJing at Broad Club in Paris. However, he had his outlook changed in 1987 when he heard a Farley Jackmaster Funk track on French radio.

He apparently took the track to one of his club sets, but it did not go down well.

“I discovered house music because I was working in a gay club,” David explains in his documentary, ‘Nothing But The Beat’.

“Not that I was gay, but the only job I found was in that club and I so wanted to be a DJ – I was obsessed. It was like a drug.

“I knew I was working in a gay club so I started to study what was going on in the US and the UK. This was like 1987. I discovered Farley Jackmaster Funk and these kinds of records – and they totally blew my mind.

“I spoke to owner of the club and told him, ‘Listen, this music is crazy. It’s going to change the world. It’s Acid House.”

David continued to host his own club nights, and in 1992 he met Robert Owens, a Chicago-based house legend who was touring Europe at the time. 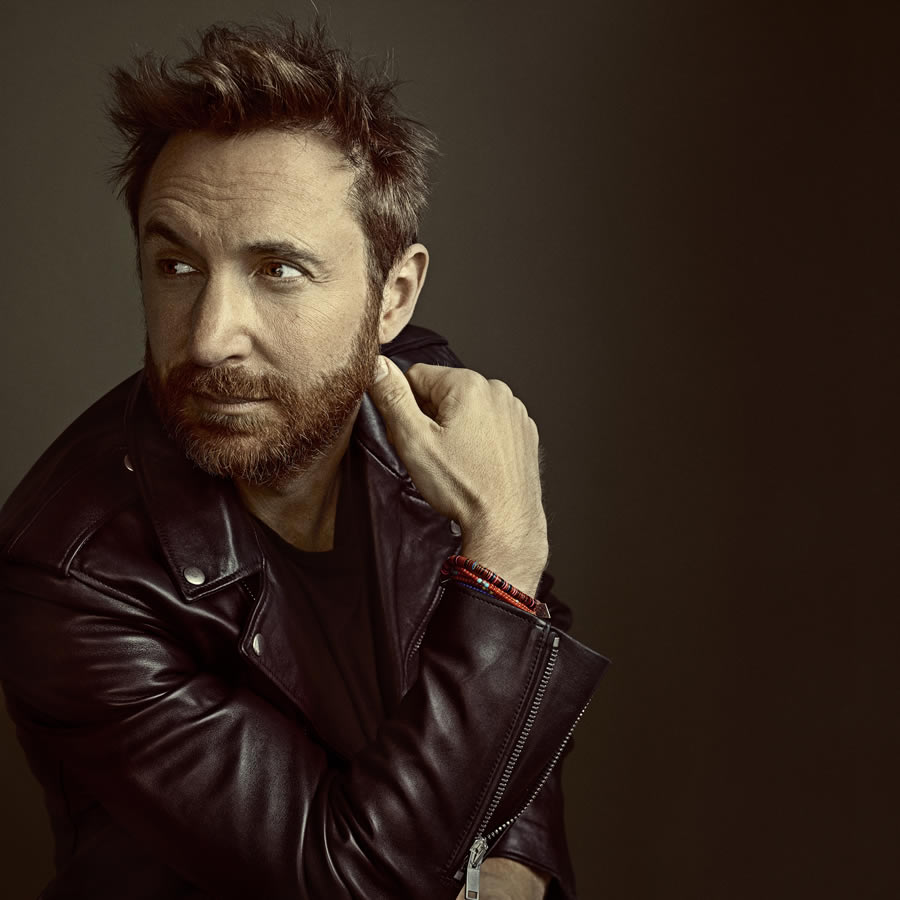 Legend has it that he played Owens some of his own tracks, and the house legend picked one he liked enough to sing over. The result was a track called ‘Up and Away’, which proved a minor garage DJ hit.

In 2001, David, along with Joachim Garraud, founded Gum Productions. David didn’t release anything else until later that year, when his track ‘Just a Little More Love’ gained some traction. The track featured American gospel singer Chris Willis, who he had met while on vacation in France.

His debut album ‘Just a Little More Love’ was released in 2002 on Virgin Records and sold more than 300,000 copies worldwide.

“When I started, all dance music was underground,” David explains in an interview with The Guardian.

“If you were going to play house, you had to be underground because it wasn’t the type of music that was crossing over. My evolution also came with the evolution of the scene in general.”

David’s stock had begun to rise, and he released his second album called Guetta Blasta in 2004. ‘Money’, ‘Stay’, ‘The World Is Mine’ and ‘In Love With Myself’ were the four singles released from it.

He released his third album, entitled ‘Pop Life’ in 2007. The album was a success in the UK and Ireland, as well as mainland Europe. It sold more than 530,000 copies worldwide and it’s main single, ‘Love is Gone’, reached number one on the American Dance Chart and charted on the Billboard Hot 100.

One of the breakthrough moments in David’s career was the release of ‘I Gotta Feeling’ in 2009. David produced the track with the Black Eyed Peas. The track was a worldwide success and spent 14 consecutive weeks at the top of the Billboard Hot 100, and was the longest-running number-one single of 2009.

David admits that the single’s success was a turning point in his career, and he believes it was the moment that America started to take notice of his work.

“That changed everything,” he explains.

“I Gotta Feeling really changed the game and opened the doors for dance music in America. They started to play it for the first time on the radio, so not only did I cross over, but my entire scene crossed over. It was pretty exciting.”

David released his fourth studio album in August 2009, entitled ‘One Love’. Its first single ‘When Love Takes Over’, which featured Kelly Rowland, peaked at number one on the UK Singles Chart and sold more than 5.5 million copies worldwide. 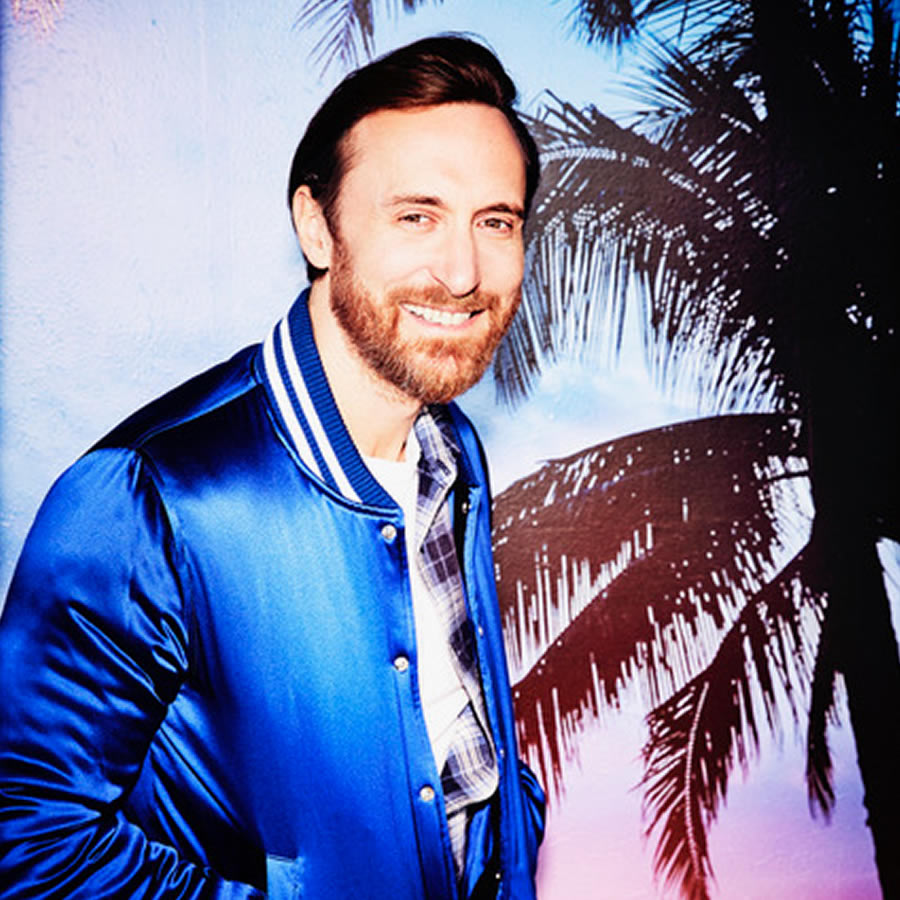 His fifth studio album ‘Nothing but the Beat’ was released on 26 August 2011. A documentary by the same name was released with the album, and focuses on Guetta’s rise to fame. It features many of his collaborators, including Kelly Rowland, will.i.am and Snoop Dogg.

His sixth studio album was called ‘Listen, which was released in 2014.

David produced the official song for the Uefa 2016 football tournament in France. The track was called ‘This One’s For You’ featuring Swedish singer Zara Larsson. It was released as a single and also performed live at the opening and closing ceremonies of the tournament.

His seventh album, aptly named ‘7’, was released in late 2018 and featured collaborations with the likes of Justin Bieber, Jason Derulo and Black Coffee. 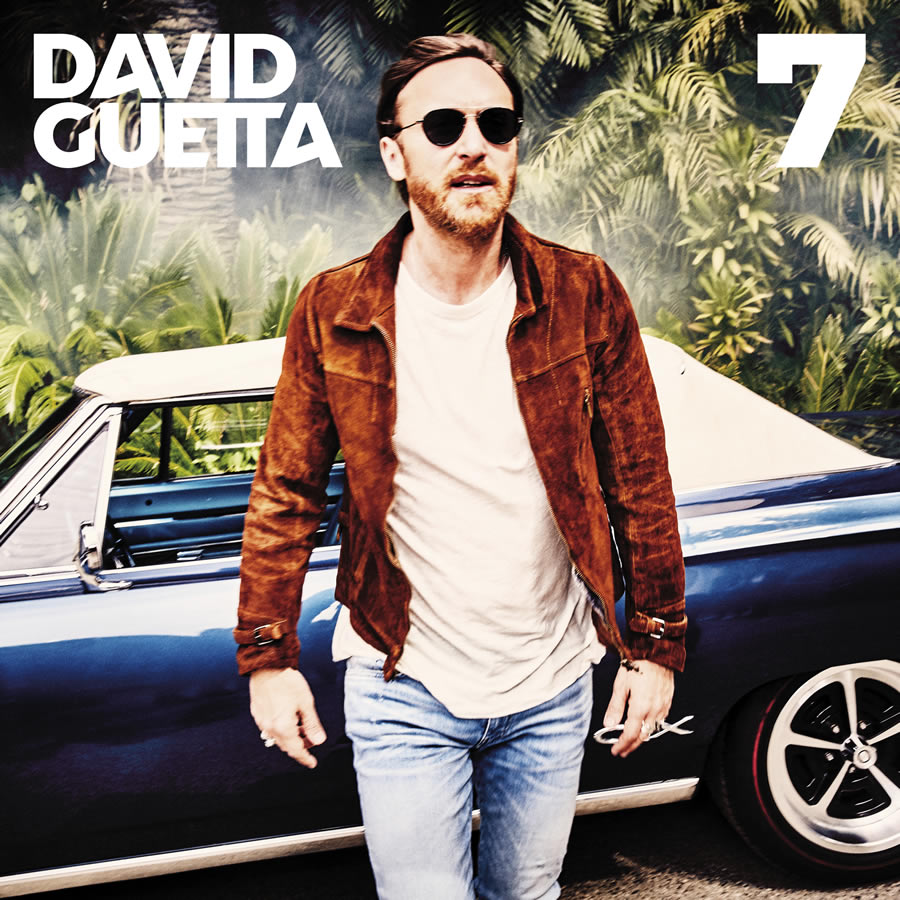 In early 2019, David teamed up with Spanish DJ Tom Staar for the single ‘This Ain’t Techno’.

So, where does David get his motivation from?

“What motivates me to continue to create music is that magic moment when I’m going to play one of my records for the first time onstage, or when a song becomes a hit and everyone is singing along to it. They are some of the strongest feelings I can get in my life.”

Despite his success, he has had some tricky moments over the years as well. One of his most embarrassing situations, he recalls, was “when I was doing a live stream to launch my album. Millions of people were watching and the first audio file didn’t work. I was the biggest DJ in the world and I couldn’t even play one record. It was horrible.”

And what about his biggest disappointment?

“Every time I put out a record, I feel like it’s the best. So when a record is not successful it’s very painful.”

Quite clearly, David Guetta’s rise to prominence has been an impressive one. He has shown a knack for adapting his style of music over the years and he has not been afraid to push the boundaries of the genres in which he operates.

One thread which underpins his whole career is a crazy work ethic. He has often played more than 100 shows a year and to keep going with the energy he has been displaying is nothing short of remarkable.

As is the case with so many outwardly successful people, David was able to hone in on his passion and make a career out of doing what he loves. 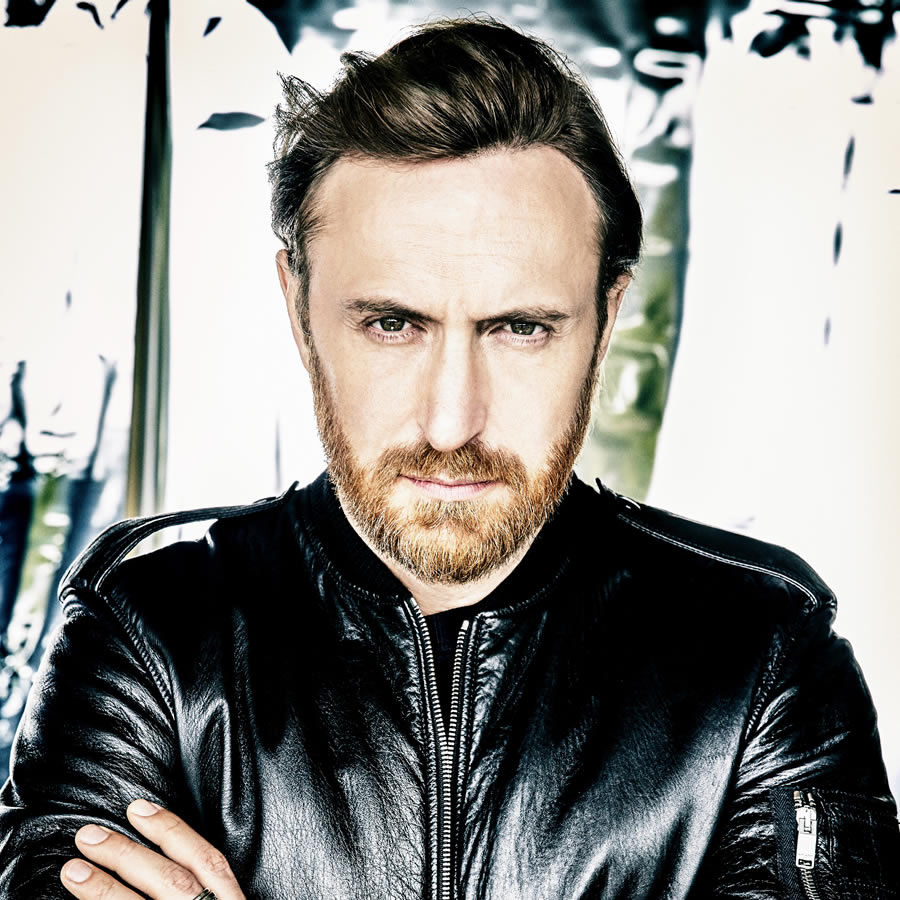 David Guetta was born on 7 November 1967 in Paris, France. He is currently 55 years old.

According to various reports online, David Guetta is 5ft 7in, 176cm tall.

Unfortunately, there is no absolutely official figure for David Guetta’s net worth.

However, we can draw some estimates based on past figures.

For example, back in 2015, Forbes estimated that David’s annual income was around $37m.

There are some unofficial numbers online about his true net worth, with wealthygorilla.com claiming that he is worth around $75m, although this number is unconfirmed.

He divorced his wife of 22 years, Cathy Lobé, a club manager, socialite and event planner, in 2004. “To be honest, it’s been hard,” he said of the break-up at the time.

What Can We Learn from David Guetta?

David Guetta’s story is an inspirational one, but like in so many of the biographies we have written, he has shown an unrelenting desire to follow his heart and stay close to his passion. 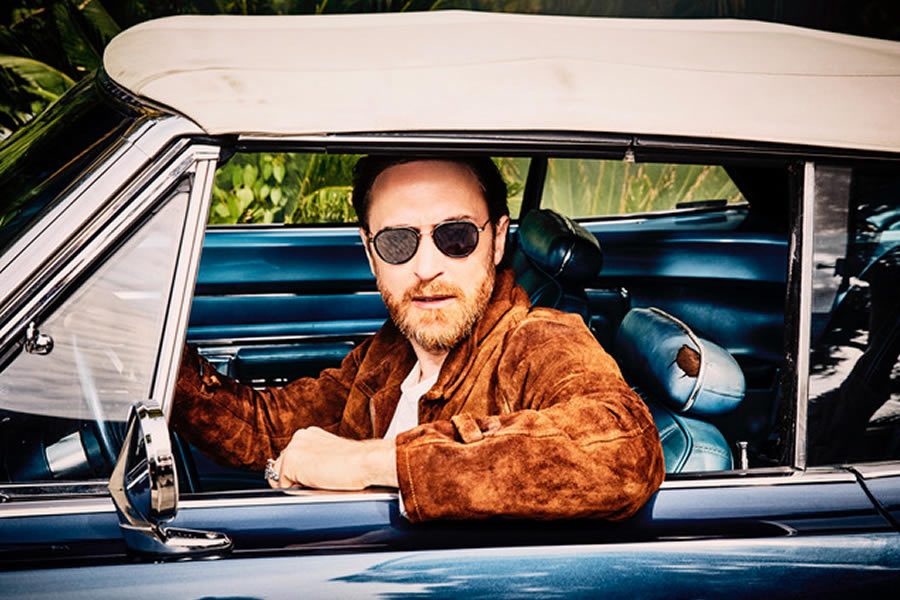 What’s more, it’s clear that David would not have been able to achieve his success without his superhuman work ethic.

Following your heart and building your life around your passions are mantras that we could all do with following. And of course, there is no success without hard work.

That brings us to the end of our David Guetta biography.

We’ve taken a close look through David’s incredible rise to prominence as a superstar DJ and record producer, having initially started out working at clubs in his hometown of Paris.

David has been able to collaborate with some of music’s biggest names, and undoubtedly, the main thing he will be remembered for is bringing joy to people through his music.

And David himself likes to keep it simple. Asked how he would like to be remembered, he simply smiles: “As a nice person, I hope.”