Does Ashwagandha Help With Depression and Anxiety? 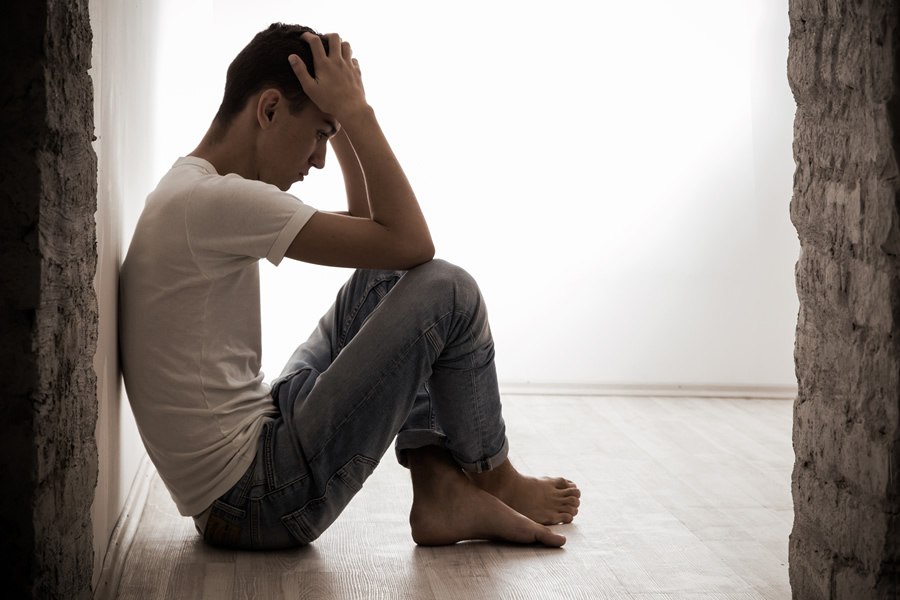 Ashwagandha is a herb that has a long history of use in traditional Indian medicine. It is mainly used for its purported anti-anxiety effects.

It’s a common ingredient in a variety of supplements, including some so-called ‘testosterone boosters’.

This article is going to focus on the benefits of Ashwagandha, including whether it can really help with Depression and Anxiety or not.

What does the real science say about Ashwagandha, and is it a supplement you should consider taking or not? We’re going to focus on the following points in this article…

So, we’ve already deduced that Ashwagandha is a herb that is used in traditional Indian medicine (Ayurveda).

Ashwagandha is a short, tender perennial shrub which grows mainly in the drier regions of India, and is also found in Nepal, China and Yemen.

It is now commonly used in modern health supplements for a variety of reasons.

It is classified as something called an “adaptogen”. This means that it could help your body to manage stress.

Ashwagandha also has another of other potential benefits in the human body, which we’ll get into later on in this article.

You can buy Ashwagandha on its own as a standalone supplement, or as an ingredient in a supplement with multiple other substances in it.

Ashwagandha has a very long history of traditional use. It is estimated that it has been used for as many as 3,000 years.

Ashwagandha’s botanical name is ‘Withania Somnifera’, and it is also sometimes referred to as ‘Indian Ginseng’ or ‘Winter Cherry’.

So, now that we’ve found out a little bit more about Ashwagandha, it’s time to see whether it can really have any effect in helping with Depression.

Does Ashwagandha help with Depression?

So, can Ashwagandha really help with Depression? Let’s take a look at the science to find out.

As we mentioned above, Ashwagandha is classified as an “adaptogen”, which means that it can help the body to manage stress.

Ashwagandha is believed to help lower Cortisol levels. Cortisol is the ‘stress hormone’ that is released by the adrenal glands in response to stress.

A number of scientific studies have suggested that supplementing with Ashwagandha could help to reduce Cortisol levels.

One such study reported that people who reported that they were chronically stressed experienced at last a 14.5 per cent reduction in Cortisol when taking a 250mg to 500mg dose of Ashwagandha in two divided doses for 60 days.

Another study form 2012 found that people who supplemented with Ashwagandha root extract for 60 days experienced a reduction in self-reported stress levels.

The same study reported that serum Cortisol levels were substantially reduced in people who consumed Ashwagandha in comparison to the placebo group.

So does Ashwagandha really help with Depression?

Well, one study conducted in 2000 reported that people who were diagnosed generalized anxiety disorder (mixed anxiety and depression) noted improvements in both depression and anxiety symptoms after supplementing with Ashwagandha for six weeks.

The bottom line here is that Ashwagandha has shown promise at potentially being able to help with Depression.

However, more specific research is needed into Ashwagandha and its potential anti-depressive effects before drawing any conclusions.

At this time, there is more convincing evidence that Ashwagandha could help with stress and anxiety.

So, let’s move onto that topic in our next section.

Does Ashwagandha help with Anxiety?

There is significant evidence to suggest that Ashwagandha could have anti-anxiety effects in humans.

There have been a number of studies which point to Ashwagandha helping to reduce symptoms of anxiety and stress in humans. 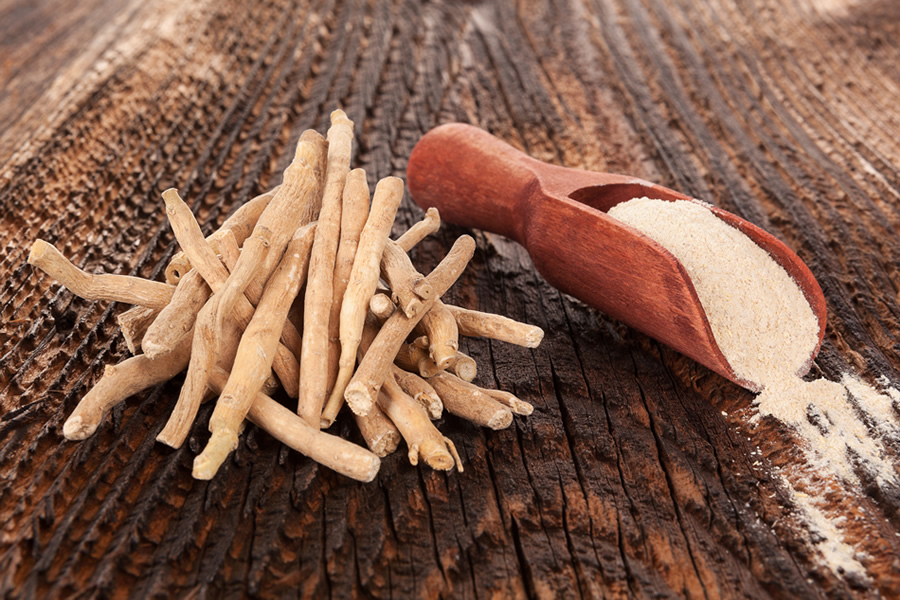 Ashwagandha has a long history of use in traditional Indian medicine (Photo: Adobe Stock)

This study from 2009 reported that people with anxiety disorders who supplemented daily with Ashwagandha for eight weeks noted a 56.5% reduction in anxiety symptoms. Both the placebo group and Ashwagandha group were given counselling during the study.

As we touched on above, Ashwagandha is also thought to be able to reduce the levels of the stress hormone Cortisol in your body.

As well as human research, a study on Ashwagandha in rats found that it blocked the stress pathway in the brain by regulating chemical signalling in the nervous system.

The bottom line? Ashwagandha has shown promise in being able to reduce stress and anxiety in both human and animal studies.

So, what about the other potential benefits of supplementing with Ashwagandha?

Here are some of the other claims we have seen made about this herb:

As we can see, there are some other notable potential benefits of supplementing with Ashwagandha.

One study from 2015 found that Ashwagandha was associated with significant increases in muscle mass and strength, as well as elevated testosterone levels.

Another study conducted on infertile men found that supplementing with Ashwagandha led to significantly increased Testosterone levels. It is also suggested that Ashwagandha could help to enhance semen quality.

There is also promise when it comes to Ashwagandha and Cholesterol. One study found that there was a decrease in total cholesterol of around 10% when Ashwagandha was ingested.

So, it’s clear that Ashwaganda’s potential benefits extend further than just possibly being able to help with just Anxiety and Depression.

That being said, more research is needed into all of the claims above. We don’t think that there is enough human data to draw conclusions about these potential benefits yet.

What’s the Best Dose of Ashwagandha?

According to Examine.com, if you’re considering supplementing with Ashwagandha, you should take 300mg to 500mg of a root extract with meals.

Having said that, lower doses are also reported to been effective in some cases.

As with all supplements, we always recommend that you do some of your own research into them before trying anything new for the first time.

You should always read up about the potential side effects and do your own thorough research before trying any new supplements, including Ashwagandha.

It’s also important to make sure that you’re sticking to a healthy diet and getting plenty of exercise before considering any supplementation.

We always recommend that you consult a qualified medical professional before trying any new supplements for the first time.

So, that brings us to the end of our look at whether Ashwagandha helps with Depression and Anxiety.

We’ve walked you through all of the basic points about this herbal supplement, including its long history of use in traditional Indian medicine.

Ashwagandha has shown some initial promise in human studies at being able to help with both Depression and Anxiety, although more research is probably needed before drawing conclusions in relation to these.

As well as these plus points, Ashwagandha also appears to have other potential benefits. Again though, more research is needed before drawing concrete conclusions.