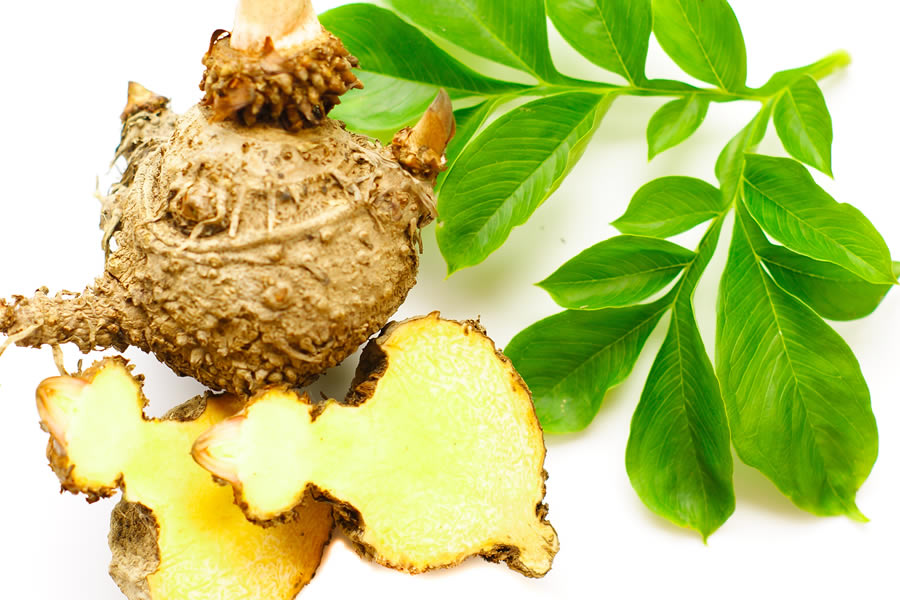 Does Glucomannan work? If you’re asking this question, then you’ve probably already heard all about the supposed benefits of taking Glucomannan in supplement form.

There is so much information online these days about the latest health superfoods and supplements that it can become difficult to separate fact from fiction.

Glucomannan is regularly marketed as a weight loss ingredient which could help to suppress appetite.

But is this ingredient really all it’s cracked up to be?

The purpose of this article is for us to take a thorough look at Glucomannan as an ingredient for supplements to see whether it’s actually effective or not.

We’re going to focus on the following points:

So, let’s start by taking a look at the basic things that we know about Glucomannan.

Glucomannan is a natural, water-soluble dietary fiber extracted from the root of the Konjac plant (also known as Elephant Yam).

The Konjac plant grows in the Indian subcontinent, African, and East Asia, and Glucomannan is a popular ingredient in several Indian herbal remedies.\

Konjac is related to Amorphophallus, which is a popular ingredient in Japan for making dietary noodles and pasta.

It’s available a supplement on its own, but it’s also often included in some weight loss products.

Konjac is very low in calories but very high in soluble fiber. And Glucomannan is also the main ingredient in shirataki noodles, and it’s often added to drinks and foods such as pasta.

As well as being a supplement, Glucomannan is also an emulsifier and thickener which is often added to food products.

It’s also well-known for its ability to absorb huge quantities of water. Amazingly, Glucomanna can absorb up to 50 times its weight in water, which is pretty impressive.

The Benefits of Glucomannan

Glucomannan is regularly used as an ingredient in supplements.

There have not been enough human studies into Glucomannan to determine whether it is an effective appetite suppressant or not, although similar substances such as Guar Gum have showed promise in helping to suppress appetite.

One study found that Glucomannan was well tolerated when administered over a period of eight weeks to help suppress appetite, but the trial showed inconclusive results.

That said, it also suggested that Glucomannan could promote weight loss by producing satiety and satiation by absorbing water as it expands in the gastrointestinal tract.

Simply put, due to its amazing ability to absorb water, Glucomannan can help swell in your stomach to help keep you feeling fuller for longer, and therefore make sticking to your diet that little bit easier.

A separate Critical Review also found that Glucomannan helped to promote weight loss and that it could help to decrease the rate of obesity in the United States of America. 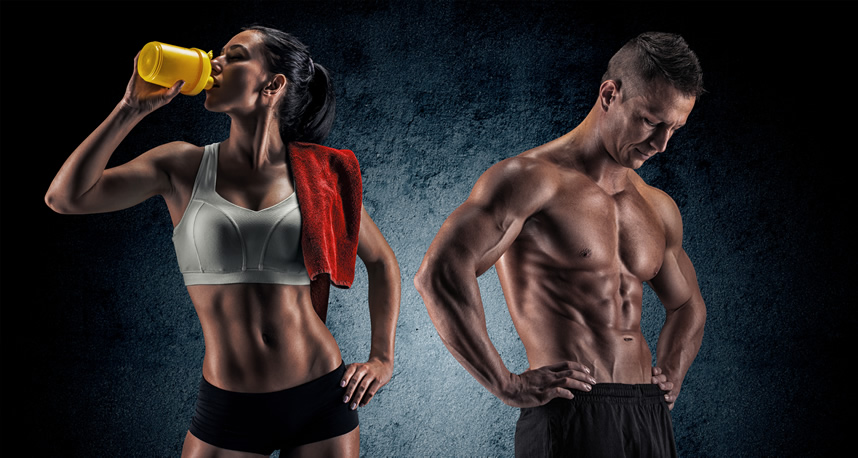 As we already know, Glucomannan is high in soluble fiber. That means that when it comes into contact with water, it takes on a gel-like consistency.

It is precisely this mechanism that is said to lead to appetite suppression because it can bring about a feeling of fullness which may reduce harmful cravings even when dieting.

In short, as well as being incredibly low in calories, Glucomannan works by absorbing the water in the gut to promote a feeling of fullness and therefore possible reduce appetite.

When Glucomannan absorbs the water in your gut and expands, it is claimed that this leads to a slower uptake and absorption of the nutrients from the food you’ve eaten.

As well as the three benefits found above, Glucomannan is also an excellent friend for the bacteria in your gut.

That’s because it’s what’s known as a prebiotic ingredient. What does that mean? A prebiotic is an ingredient that our body cannot break down on its own, but instead requires the help of the ‘friendly’ bacteria in your gut.

A prebiotic serves as food to the friendly bacteria in your gut, which could mean a healthier digestive system overall.

There’s also more good news if you’re looking to shed some pounds, because some studies have shown that prebiotics may help to promote weight loss as well.

Because it is approved to be used in the commercial food industry, Glucomannan is considered to be a safe supplement.

The same main study mentioned above looked directly into the safety of using Glucomannan as a supplement, and found that it was indeed a well-tolerated ingredient that caused no adverse side-effects.

That said, you should always make sure that you stick to the directions for use given to you by the supplement manufacturer. Always carefully read the label before the taking any supplement for the first time.

We also recommend speaking to your doctor before thinking about taking any new supplement for the first time.

You have a couple of options if you’re looking to get some Glucomannan in your diet in supplement form. 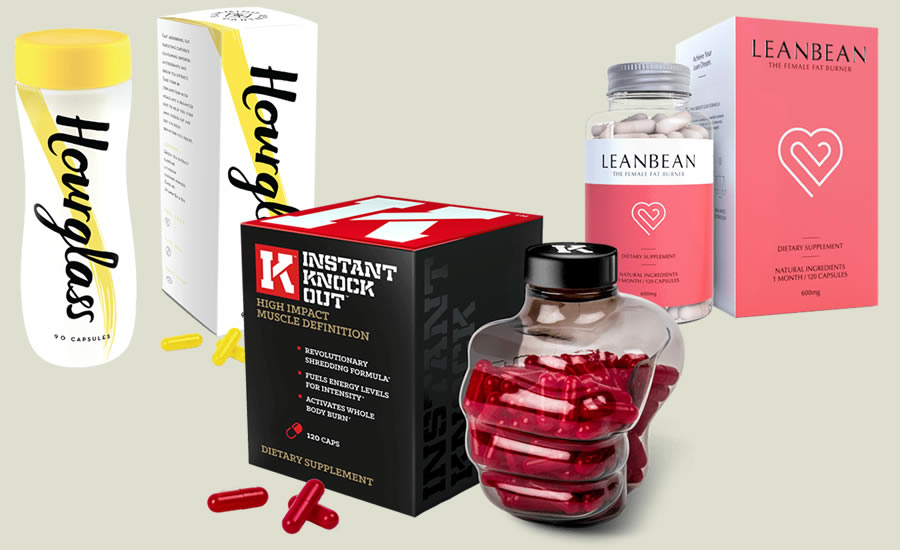 Some supplements which contain Glucomannan

You can either take it as a standalone product, or you can choose a supplement which combines Glucomannan with a number of other ingredients to help with your goals.

As we can see from the various studies above, Glucomannan is certainly a good ingredient to consider adding to your diet.

It has a range of claimed benefits including suppressing appetite and boosting overall gut health.

The reason that you may want to consider a supplement that combines Glucomannan with a range of other ingredients is that it will boost your chances of success.

We all already know that losing weight is difficult. It if wasn’t, then obesity figures worldwide would not be rising year on year.

By choosing a supplement that uses Glucomannan along with other ingredients such as Cayenne Pepper, Green Tea Extract and Caffeine, you’re going to greatly increase your chances of success.

The first thing you should always do when looking to lose weight is make sure that you’re eating right and exercising regularly.

Losing weight is not easy, and you’ll want to combine regular exercise with a healthy diet and plenty of rest.

Glucomannan may be a good aid to help you on your weight-loss journey, but it’s not going to do all of the hard work for you.

You’ll still need to make sure that you’ve got the basics on point if you want to really see noticeable results.

So, that wraps up our guide to whether Glucomannan actually works as a weight loss aid.

It’s pretty clear that it is a good ingredient to think about adding to your diet because of its claimed ability to help keep you feeling fuller for longer after eating, which could make sticking to your diet easier.

There is also some evidence to show that Glucomannan is a good prebiotic ingredient, meaning that it could help to promote a healthy gut.

On top of all this, it’s also believed to slow down the rate at which nutrients are absorbed in the gut, potentially leading to more stable blood sugar levels.

Overall, the science shows that Glucomannan has been pretty effective in helping to promote some benefits when used as a supplement alongside a healthy diet and regular exercise regime.

Do The Unthinkable by Muscle Food Review