Ethan Hazard is an attacking midfielder who is currently plays for local Belgian side Royal Stade Brainois.

He is the younger brother of Eden Hazard, who is one of European football’s top attacking talents and who currently plays for Real Madrid.

The Hazards are certainly a footballing family, with all four of the Hazard brothers showing impressive talent on the pitch.

Our Ethan Hazard biography and profile is going to bring you everything you need to know about the youngest brother in the Hazard family.

Not a great deal is known about Ethan at this stage, but we will be updating this profile with the latest information as it develops.

This is the story of the youngest brother in the Hazard family, Ethan.

Ethan Hazard was born on 9 August 2003 and is the younger of the four Hazard brothers.

His siblings are Eden, Thorgan and Kylian.

Ethan Hazard plays for Belgian local side Royal Stade Brainois – and he is the fourth Hazard brother to chase a career in professional football.

Given his young age, not a great deal is known about Ethan Hazard and his footballing ability.

However, we do know that he currently plays as an attacking midfielder and has even been linked with a move to Chelsea FC recently.

Indeed, reports in the British media in October 2018 claimed that Chelsea FC were sounding out the possibility of signing the teenager.

Should the Blues indeed wrap up a deal for Ethan Hazard, then it would mean that ALL FOUR of the Hazard brothers have been on Chelsea FC’s books at some point.

At the time of writing, Ethan Hazard’s Instagram bio says that he is an Under-17 footballer with local Belgian club Royal Stade Brainois. 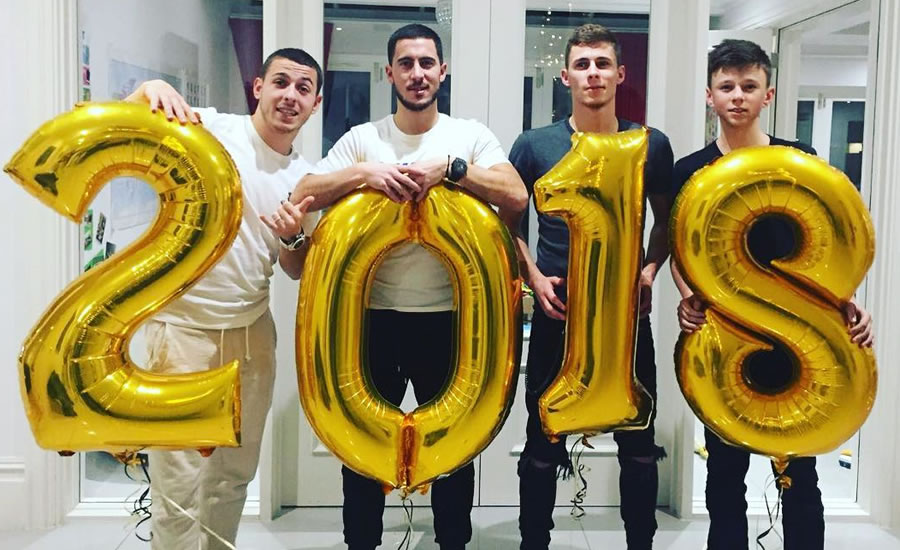 The Hazard brothers ring in the new year together in January 2018 (Photo: Eden Hazard / Instagram)

The Blues have already tied up a deal to sign Kylian Hazard – although Eden’s younger brother is yet to make a first-team appearance at Stamford Bridge for the west London side.

He has since forged at career at German side Borussia Monchengladbach and is also a regular fixture in the Belgian national team.

Ethan Hazard need look no further than his own family for some impressive footballing role models.

Eden Hazard has developed into one of world football’s top playmakers since his move to Stamford Bridge from Lille back in the summer of 2012.

In the 2014-15 season, Eden was voted as the PFA player of the year by his peers as he helped to fire Chelsea FC to a Premier League and League Cup double under then manager Jose Mourinho.

Eden Hazard has also won the Europa League and FA Cup titles, along with another Premier League crown, during a successful stay at the west London club, before he moved to Real Madrid in the summer of 2019.

Thorgan Hazard has also shown that hard work and dedication are key to the success of a modern-day footballer. 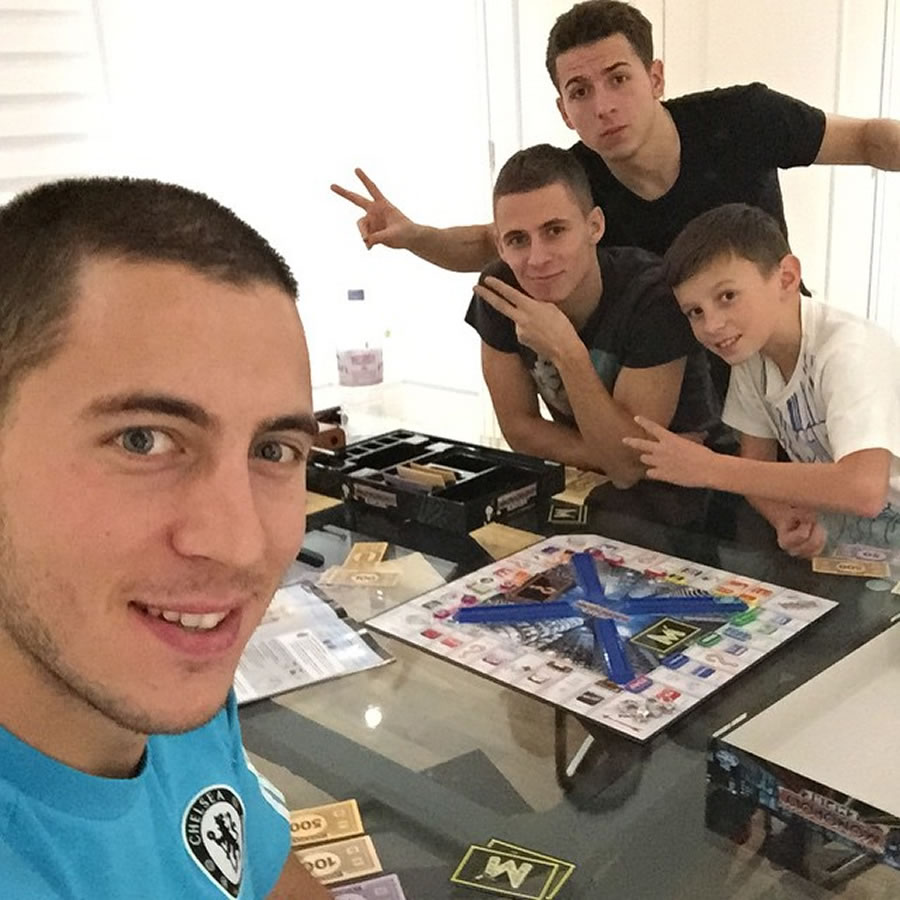 After failing to hold down a regular spot during his spell at Chelsea FC, Thorgan has since gone on to forge a successful career at Bundesliga outfit Borussia Monchengladbach.

Thorgan also joined his brother Eden in the Belgium squad for World Cup in Russia in the summer of 2018.

Kylian Hazard, meanwhile, signed for Chelsea FC in August 2017 from Hungarian side Ujpest, where he racked up 42 appearances in all competitions.

He is currently part of the development squad at Stamford Bridge as he looks to stake his claim for a regular spot in the first team at the west London club.

It’s clear that football is central to the Hazard family, but the tie to the sport also goes deeper than just the four brothers.

Indeed, Carine Hazard – the mother of the four boys – was also a professional footballer in the Belgium Woman’s First Division but stopped playing when she became pregnant with her eldest child Eden. 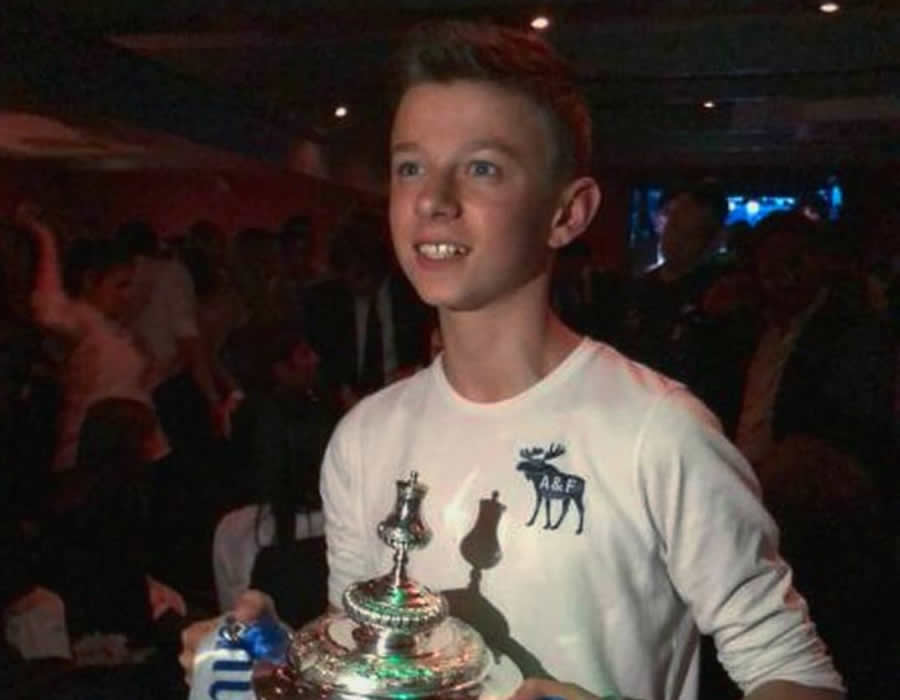 Ethan Hazard holds the FA Cup trophy after Chelsea FC’s win over Manchester United in the final in May 2018 (Photo: Ethan Hazard / Instagram)

Ethan Hazard’s father Thierry was also a footballer. He spent most of his career at semi-professional level with La Louviere in the Belgian Second Division.

Whether Ethan Hazard will be able to follow in the footsteps of his older brothers and forge a career in professional football remains to be seen.

However, he certainly has an impressive background and all of the build blocks of success if he is to become a top level footballer.