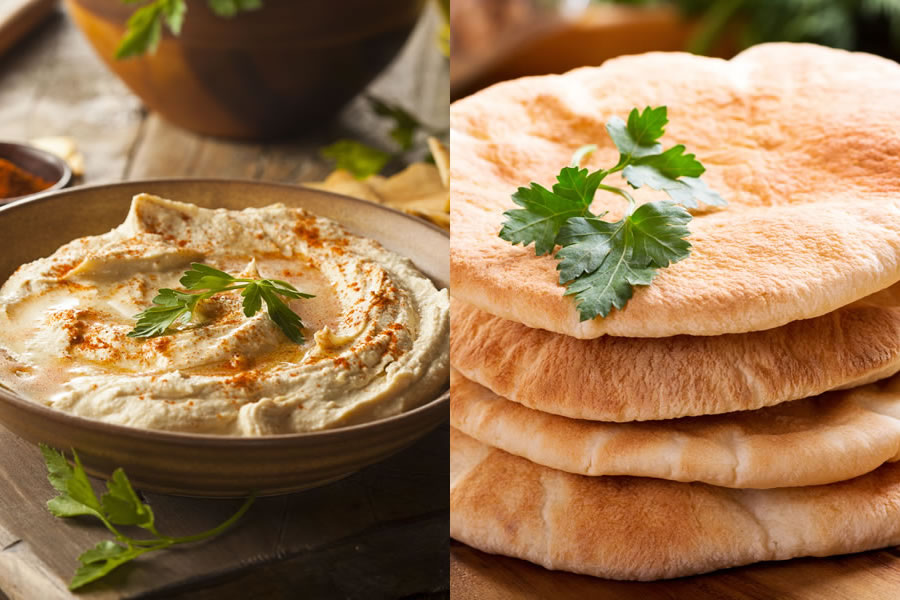 If you’ve arrived on this page, the chances are you are looking to find out whether Hummus and Pita Bread can be enjoyed as part of a Vegan diet.

So, if you’re looking to find out the truth about whether both of these tasty foods are suitable for Vegans or not, then you’re in the right place.

This article is going to take a detailed look at both of these foods to find out whether they are suitable for Vegans or not.

Vegan diets have become incredibly popular in recent years as more and more people look to cut down the number of animal products they are consuming on a daily basis.

But for those just starting out on the Vegan road, it can be difficult to work out what you can and cannot eat as part of a Vegan lifestyle.

To answer the questions, we’re going to break this article up into the following sections:

So, with the introductions out of the way, let’s find out whether Hummus and Pita Bread Vegan Friendly or not.

What does ‘Vegan’ mean?

Let’s start with the basics about being a Vegan.

Generally speaking, if someone is a “Vegan”, they are following a certain type of diet which doesn’t include any animal-derived ingredients.

But it can also refer to general lifestyle choices, and the decision to exclude other animal products from their lives, such as leather.

Veganism is a type of vegetarian diet that excludes meat, eggs, dairy products and all other animal-derived ingredients. This is also commonly referred to as a ‘plant-based diet’, since all ingredients come from plants and not animals.

Veganism and the interest around it seems to be at an all-time high. This is partly thanks to the success of documentaries such as What The Health, which claims to depict the benefits of following a Vegan diet.

Whether sticking to a Vegan plant-based diet is as good for you as some people claim remains a hotly-contested topic of debate. But there can be no doubt that Veganism is firmly in the spotlight these days.

So, now that we’ve introduced exactly what Vegan means, let’s move on and start taking a closer look at Hummus to see whether it’s Vegan friendly or not.

What is Hummus and is it Vegan Friendly? 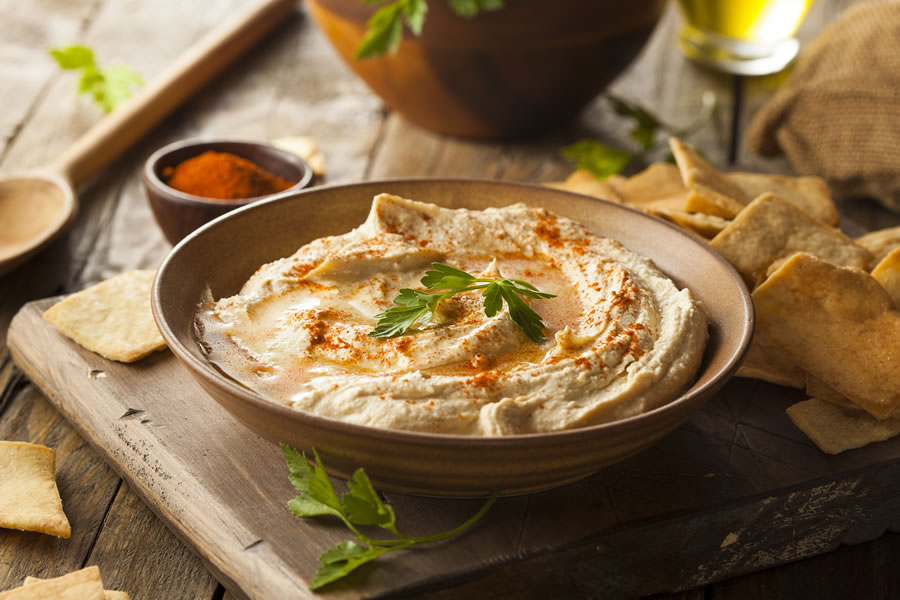 Let’s start with the basics about Hummus before moving on to see whether it’s Vegan Friendly or not.

In case you didn’t already know, Hummus is a dip or spread made from cooked, mashed chickpeas or other beans. The beans are blended with tahini, olive oil, lemon juice, salt, and garlic.

It’s a very tasty dish and it is popular in the Middle East and Mediterranean, as well as in Middle Eastern cuisine around the globe.

The word ‘Hummus’ comes from the Arabic word meaning “chickpeas”, and the complete name of the prepared spread in Arabic is translated as ‘chickpeas with tahini’.

So, is Hummus Vegan Friendly?

The short answer is yes, Hummus is Vegan Friendly because it doesn’t contain any animal products.

As we mentioned above, the basic ingredients of Hummus are chickpeas, extra virgin olive oil, and tahini. Also included are lemon juice, garlic, cumin, and sea salt.

Of course, you should check the ingredients label of any Hummus you are thinking of buying to make sure that the list is indeed Vegan friendly.

It is also worth noting that some flavored brands of Hummus may contain other ingredients that are not Vegan friendly. Again, our advice is to carefully check the label of the product before buying.

So, now that we know that Hummus is indeed suitable for Vegans, it’s time to move on to the next food which often accompanies Hummus – Pita Bread!

What is Pita Bread and is it Vegan Friendly? 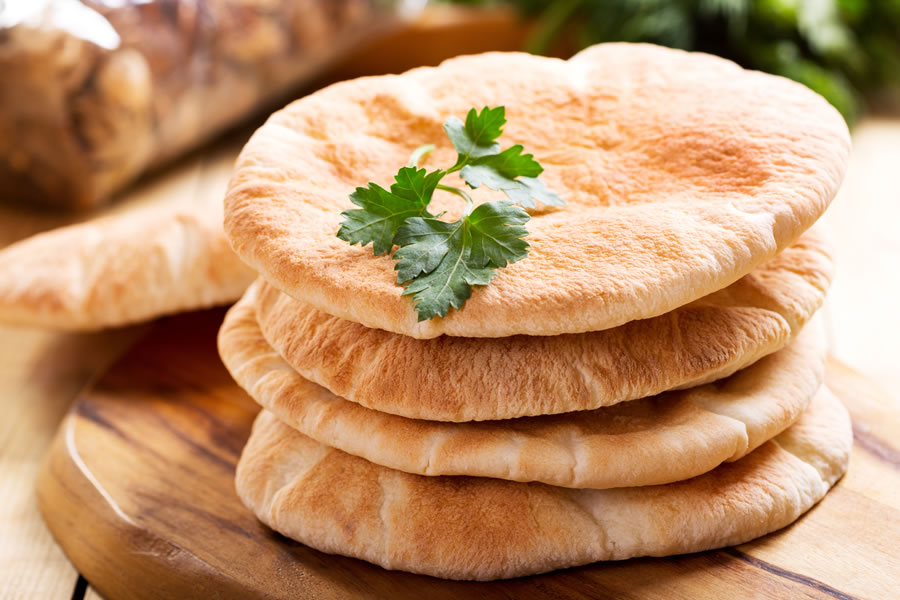 Let’s start this part by looking at the basic facts about Pita Bread.

Pita Bread is a type of round flatbread baked from wheat flour, which common in the Mediterranean, Middle East, and other parts of the world.

One common type of Pita Bread is the one widely known for its interior pocket, which is also known as Arabic bread or Syrian bread.

Historians believe that Pita Bread has roots in prehistoric times in the Middle East, and there is some evidence to suggest that types of Pita Bread were made by humans as many as 14,500 years ago. So clearly, it is a very traditional food.

So, is Pita Bread Vegan Friendly or not?

In its simplest form, Pita Bread is Vegan Friendly, because it is simply a flatbread made from a mixture of flour, water, yeast and salt. However, some manufacturers may add other ingredients such as Milk, Eggs or Honey for Flavor.

That being said, most forms of Pita Bread are indeed Vegan Friendly.

The best way to be 100 per cent sure is to simply quickly scan the ingredients list and check that there are no animal-derived ingredients in the list.

Let’s now move on to the next section as we look to wrap things up.

Both Pita Bread and Hummus are great-tasting foods that can be enjoyed as part of a healthy, balanced diet.

As with everything in life, you should consume these foods in moderation.

The key to a healthy lifestyle is balance. You should always make sure that you’re sticking to a good healthy diet, are exercising regularly and getting plenty of rest.

If you are in doubt as to whether any of the foods you eat regularly or not are Vegan, then the best option is to carefully check the ingredients label for any animal-derived ingredients.

So, that brings us to the end of our look at Hummus and Pita Bread, and whether they are Vegan Friendly or not.

We’ve walked you through the basics of Veganism and explained exactly what it means to follow a Vegan lifestyle and diet.

We’ve also introduced both Hummus and Pita Bread as two popular foods which originated in the Middle East and Mediterranean.

That being said, it is important to note that some manufacturers may add animal products such as Milk, Eggs and Honey to the products for added flavor.

For this reason, we recommend carefully checking the ingredients label of any Pita Bread or Hummus you are thinking of trying to make sure that they do not contain any animal derived ingredients.

That is the case with most foods, even if you think they should be Vegan. It’s always best to carefully check the ingredients listed so that you can be 100 per cent sure that it is suitable for Vegans.

All in all though, Hummus and Pita Bread can both be enjoyed as part of a healthy and balanced Vegan diet.