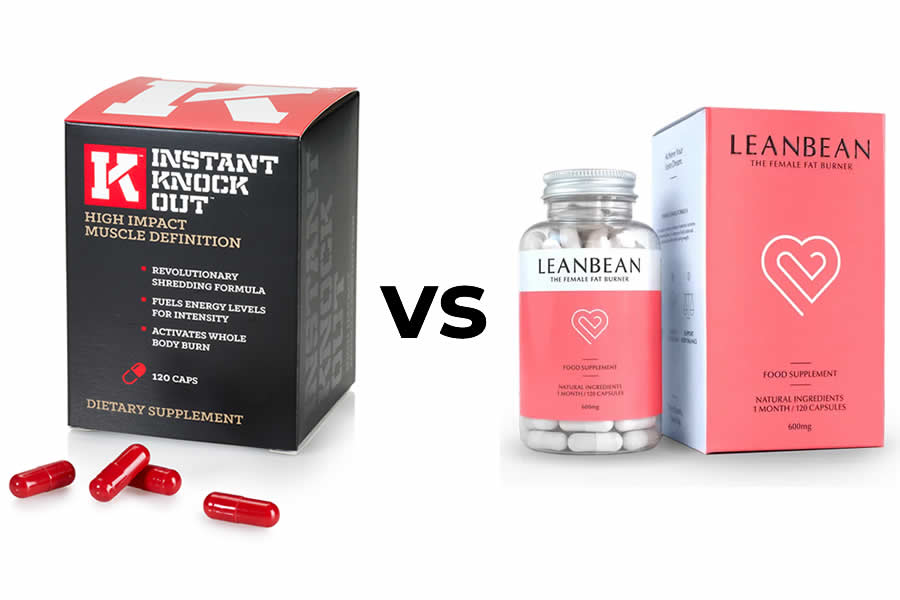 By HumanWindow
Updated on 3 February 2021

Instant Knockout or Leanbean? These are two popular supplements which have some similarities but also some major differences.

If you’re struggling to decide between these two so-called ‘fat burner’ supplements, then you’ve landed on the right page. We’re going to take a detailed look at both of these products in detail, focusing on all of the important points.

But before we get started comparing Instant Knockout to Leanbean, it’s important to realise that so-called ‘fat burner’ supplements are generally not proven to ‘burn’ fat on their own.

Rather, they can provide a range of ingredients such as vitamins, minerals and plant extracts, each of which may (or may not) bring some benefits and support on your health and fitness journey.

It’s widely accepted that the main proven way to lose fat is to stick to a (sensible and well-managed) diet and exercise regimen in which you’re burning slightly more calories than you’re consuming. In other words, it’s about keeping in a slight calorie deficit over time.

The supplement world can sometimes be a confusing one, especially as there are so many options out there these days.

This comparison article is going to focus on the key things you need to know about both Instant Knockout and Leanbean.

We’re going to be paying particularly close attention to the ingredients formulas, the directions and the prices of both of these ‘fat burner’ supplements.

So, with the introductions out of the way, let’s start taking a closer look at both Instant Knockout and Leanbean.

Editor's note: The writer of this article has not necessarily tried the products featured. All product information provided is purely research based.

Let’s begin by taking a close look at the main points about both of these supplements, and the companies who make them. 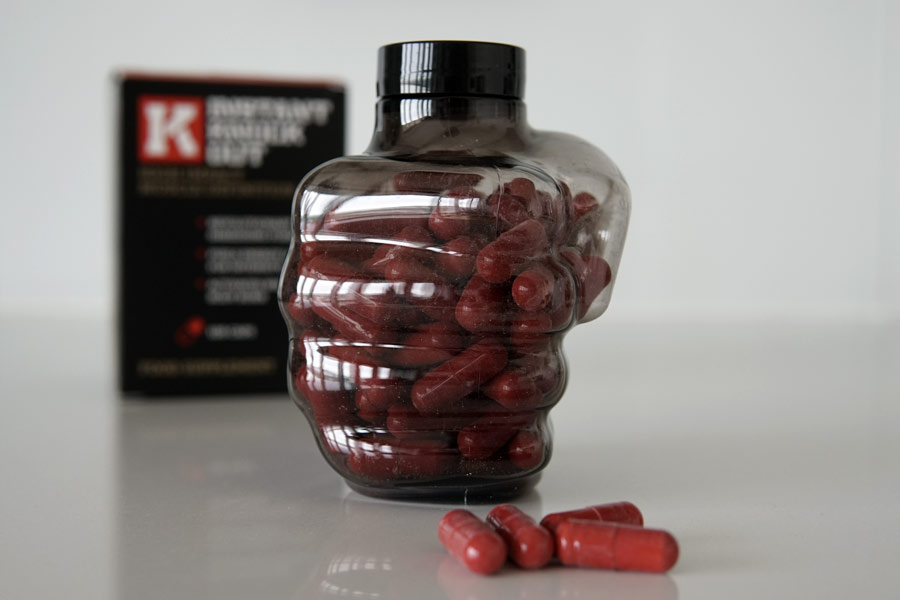 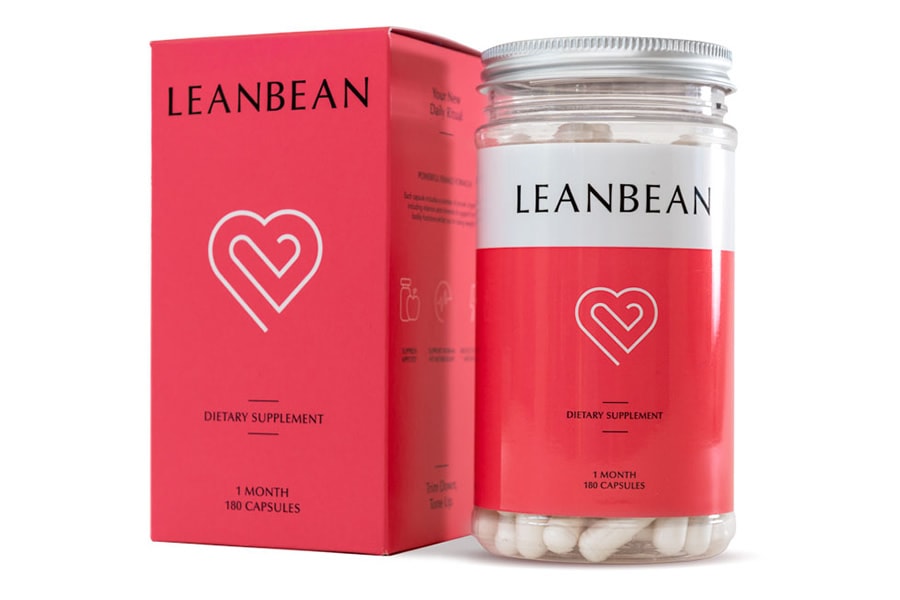 Leanbean is made by a company called Ultimate Life

As you can no doubt see from the comparison above, these two supplements have a few things in common and a few differences when it comes to the main facts.

The first main difference between these two supplements is that Leanbean is exclusively marketed at women, while Instant Knockout is aimed at both men and women.

Both Instant Knockout and Leanbean contain a range of similar ingredients, ranging from vitamins and minerals to plant extracts.

Instant Knockout contains Caffeine as one of its main ingredients (75mg per capsule), which is different to Leanbean, which doesn’t use pure Caffeine in its formula (Leanbean does contain some Caffeine from Green Coffee Bean Extract).

Both of these supplements are currently only available to buy from their official websites, meaning that you won’t find them in the shops or on other websites such as Amazon.

So, now that we’ve covered the basic things you need to know about these two supplements, it’s time to focus on the ingredients.

Let’s look at the ingredients labels of both of these products.

Editor's note: The health claims about the ingredients mentioned in this article are listed as authorised on the EU Register at the time of publishing. 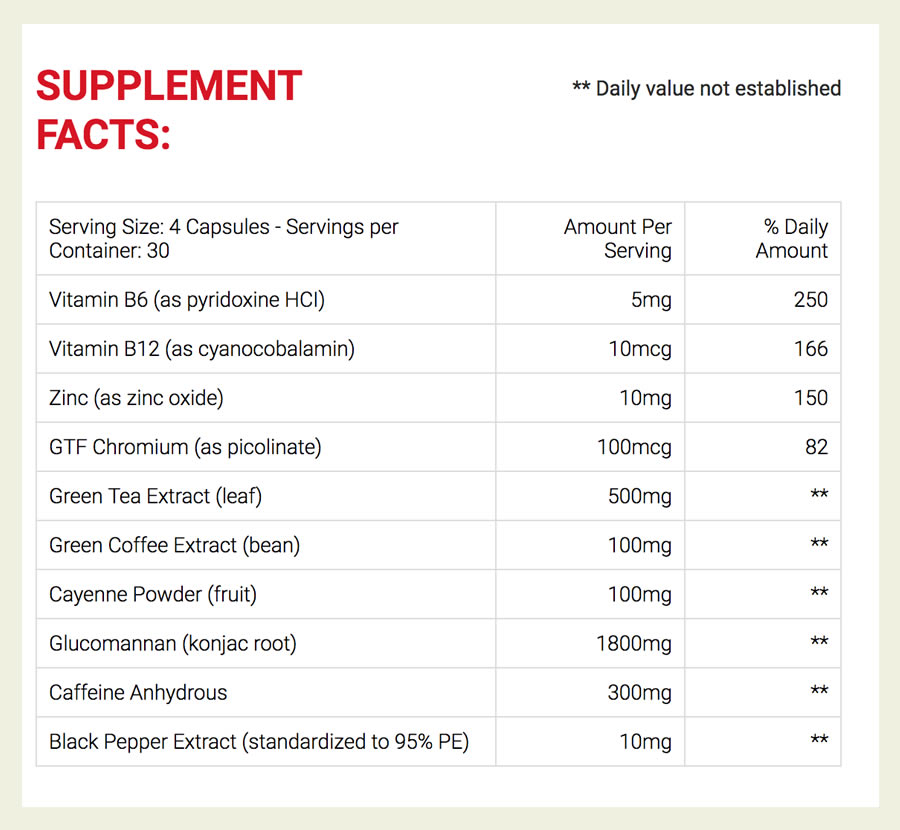 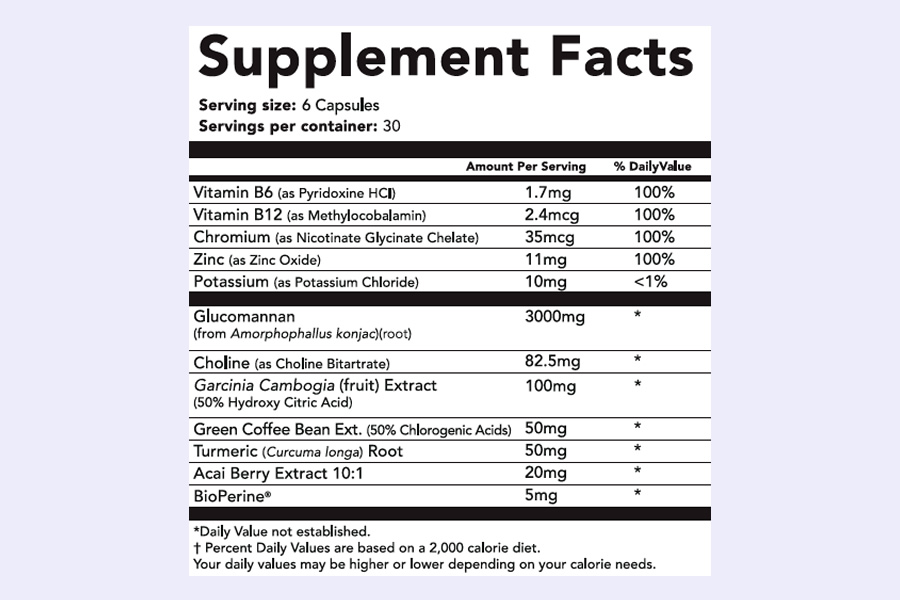 As you can see, there is quite a lot of crossover between these two supplements as far as the ingredients are concerned.

For example, both of Instant Knockout and Leanbean use the essential Vitamins B6 and B12 in their formulas – and they both also contain the essential trace element Chromium.

Chromium is a popular inclusion in supplements in this category, because it can help with normal macronutrient metabolism and the maintenance of normal blood glucose (blood sugar) levels.

Both Instant Knockout and Leanbean also use Green Coffee Bean Extract as one of the main ingredients in their formulas, along with the essential mineral Zinc. They both also contain Black Pepper Extract.

Both supplements also contain some of the dietary fiber Glucomannan. In case you didn’t know, Glucomannan is an extract which comes from the root of the Konjac plant.

In the dose found in Leanbean (3g split into three separate 1g daily servings), Glucomannan contributes to weight loss when combined with an energy-restricted diet.

The 1.8g daily dose of Glucomannan found in Instant Knockout is not enough to be able to make the same claim.

Instant Knockout also uses Caffeine Anhydrous as one of its main ingredients. It includes 300mg of Caffeine per daily serving, which works out at 75mg per capsule.

Leanbean does not use Caffeine as one of its main ingredients (it does contain a bit of Caffeine from other ingredients) and can therefore be considered as a lower stimulant option.

It’s worth noting at this stage that Instant Knockout uses gelatin in its capsules, meaning that it’s not suitable for vegans or vegetarians. Leanbean, on the other hand, is a vegan-friendly supplement.

The main ones are that Instant Knockout contains a significant dose of Caffeine per capsule, while Leanbean has more of the effective dietary fiber Glucomannan in its formula. 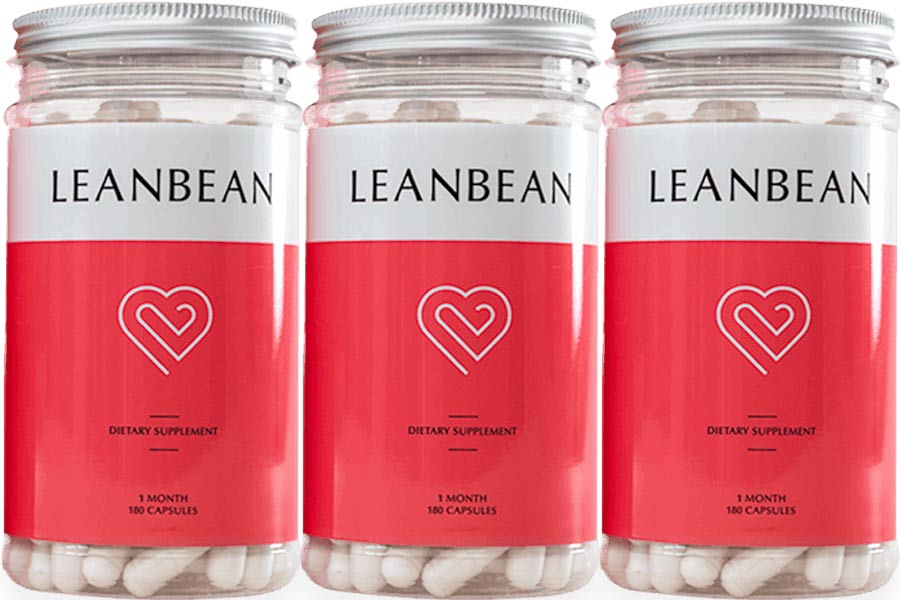 Let’s now look at the directions and servings for these two popular supplements.

One bottle of Instant Knockout contains 120 capsules and is a 30-day supply.

One bottle of Leanbean contains 180 capsules and is a 30-day supply.

The directions for Instant Knockout state that you should take one capsule, four times a day, with a glass of water. (Four capsules per day in total).

The directions for Leanbean say that you should take two capsules, three times a day, with a big glass of water. (Six capsules per day in total).

Because of the Caffeine content in Instant Knockout, it’s best not to consume this supplement within six hours of going to bed.

Some supplements contain ingredients that have the potential to cause side effects.

For this reason, we strongly recommend that you speak to your doctor or a certified medical professional before thinking about taking any new supplement or making any major lifestyle chances.

Instant Knockout and Leanbean should not be taken by anyone under the age of 18, and they should not be used if you’re pregnant, breastfeeding or have an underlying medical condition. You should speak to your doctor before taking either of these supplements if you’re taking any medications.

One of the main potential for side effects comes from the use of Caffeine in Instant Knockout. Too much Caffeine is know to cause problems for some people.

Each capsule of Instant Knockout contains 75mg of Caffeine Anhydrous. To put that into context, you’d expect to find about 100mg of Caffeine in a regular cup of coffee.

You shouldn’t take Instant Knockout or Leanbean if you’re sensitive to stimulants or are already consuming a lot of Caffeine from other sources.

It’s also important to note that the Green Coffee Bean extract in Leanbean is a secondary source of Caffeine – but the official website says that Leanbean contains less than 10mg of Caffeine per daily serving.

You should always check the label of any product you purchase and carefully read the directions and the warnings before using it. 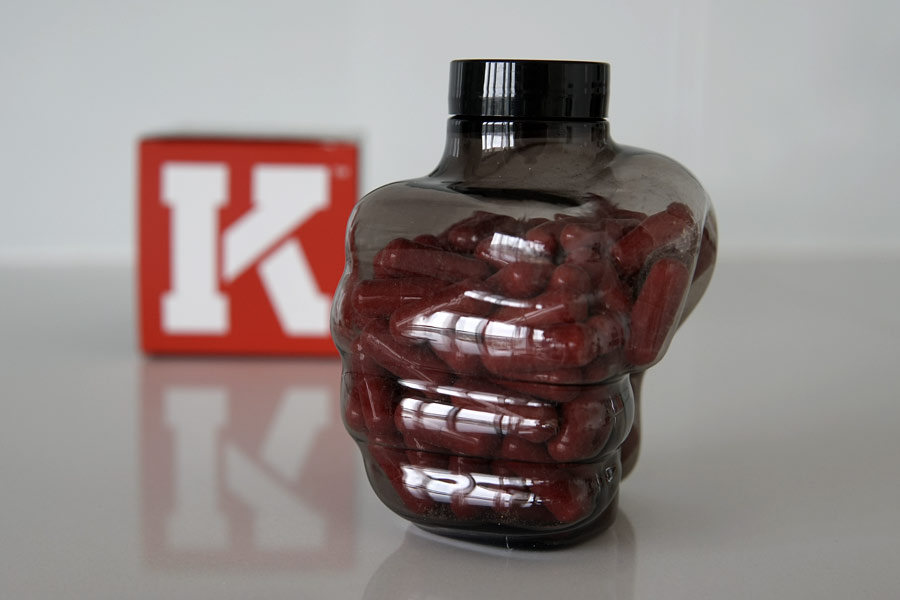 One bottle of Leanbean is a month’s supply and contains 180 capsules. At the time of writing, Leanbean currently costs $59 / £39 per bottle.

As you can see, both of these supplements have similar price tags and fit into the ‘premium’ bracket.

You can save some money on the price per bottle of both supplements, if you’re willing to commit to buying more than one at a time from the official websites.

As we mentioned above, it’s always best to speak to your doctor first to get some personalized advice before making any major changes to your lifestyle or taking a new supplement.

It’s also important to keep your expectations realistic when it comes to supplements in this sometimes controversial category.

There is no ‘magic pill’ that will work wonders without any effort on your part, and supplements are not intended to replace a varied diet and a healthy overall lifestyle.

It’s important to get the basics right first, and that includes sticking to a good diet and having a sensible exercise plan.

So, that brings us to the end of our look at Instant Knockout vs Leanbean.

All in all, these two supplements have some things in common, but also a few differences.

The main differences are that Instant Knockout is marketed at men and women, whereas Leanbean is aimed solely at women.

Leanbean is also a vegan-friendly supplement that has a lower dose of Caffeine than Instant Knockout.

All in all, Leanbean could be a good option if you’re a woman looking for a supplement to combine with your healthy lifestyle, while Instant Knockout may be better suited to guys who are looking for a product with a bit of a Caffeine kick.

To find out more about Instant Knockout and buy now, visit: www.instantknockout.com

To find out more about Leanbean and buy now, visit: www.leanbeanofficial.com 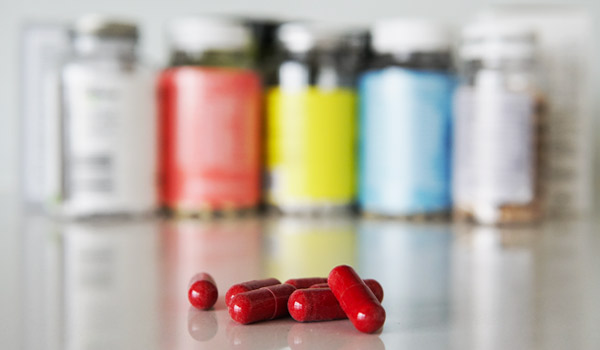