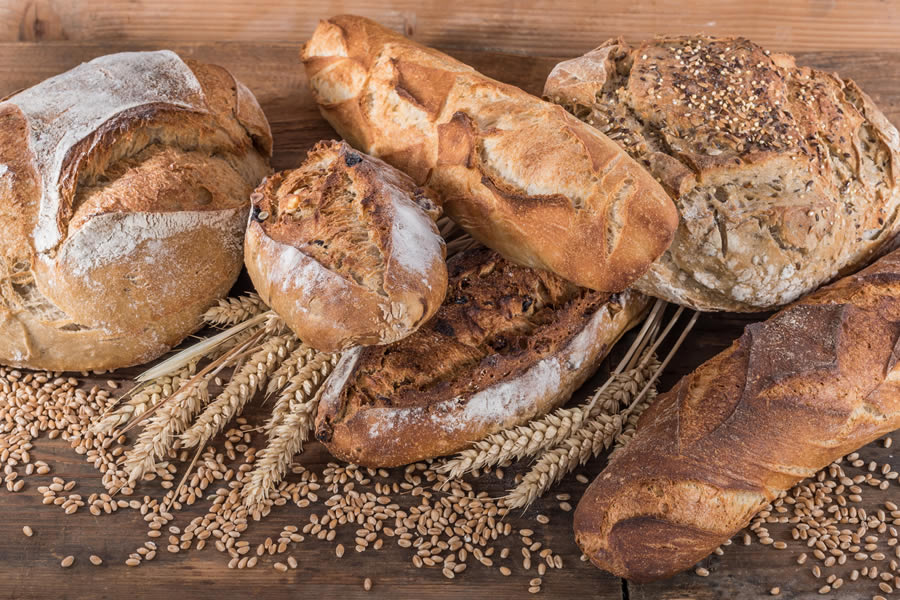 Most breads that follow a traditional recipe are Vegan Friendly (Photo: Adobe Stock)

Is bread Vegan friendly? It’s a commonly asked question and the answer is not always as clear as it should be.

Whether you’re just starting out following a Vegan diet, or you just want clarification, you’ve landed on the right article.

This article is going to take an in-depth look at various different types of bread to find out whether they are Vegan friendly or not.

We’re going to be paying particularly close attention to popular types of bread such as Rye Bread, Sourdough Bread, and things such as Garlic Bread.

If you’re in a hurry, check out the list below of the breads that are and are not Vegan.

The list below reveals whether or not these breads are Vegan Friendly or not, if they follow a basic traditional recipe.

We’re going to break this article up into the following sections as we take a detailed look at the various types of bread and whether they are suitable for a plant-based diet or not.

So, with the introductions out of the way, let’s begin taking a closer look at Bread and whether it’s Vegan friendly or not.

What Does Vegan Mean?

If you’ve landed on this article, the chances are that you are already familiar with a Vegan diet, but let’s cover the basics quickly anyway.

Generally speaking, being ‘Vegan’ means that you’re following a certain type of diet which doesn’t include any animal-derived ingredients.

More broadly, Veganism can also refer to general lifestyle choices, and the decision to exclude other animal products from their lives, such as leather.

Veganism is a type of vegetarian diet that excludes meat, eggs, dairy products and all other animal-derived ingredients. This is also commonly referred to as a ‘plant-based diet’, since all ingredients come from plants and not animals.

The interest around Veganism is at an all-time high, as more and more people turn towards more plant-based diets.

Documentaries such as What The Health have helped to catapult the apparent benefits of following a plant-based diet into the limelight.

Perhaps you have just embarked on your Vegan journey or are preparing to get started. Either way, you want to be sure that what you’re eating is Vegan friendly.

It’s become much easier to get your hands on Vegan foods these days, so where does Bread fit in?

Let’s now take a look to see whether regular and other types of Bread are suitable for Vegans or not.

So, is Regular Traditional Bread Vegan Friendly or not?

In case you didn’t know, traditional bread is usually made from yeast, flour, water, and salt. So because it doesn’t contain any animal-derived ingredients, it is Vegan friendly.

However, as usual, there are a few pitfalls and some things to bear in mind.

For example, some breads which are commercially sold (for example, at supermarkets), contain Dairy such as whey (a milk protein) or Eggs as fillers. Some also contain stabilizers which would not be considered to be plant based and Vegan friendly.

As ever, the only way to be 100 per cent sure that your bread is Vegan friendly is to take a close look at the ingredients label for yourself.

There will usually be a notice saying whether the product is suitable for Vegans and Vegetarians or not.

So, now that we’ve covered regular bread, let’s move on to some other types of bread to see whether they are considered to be Vegan friendly or not.

We love Rye Bread for it’s unique taste and flavor. But is it suitable for Vegans?

The short answer is yes, Rye Bread is Vegan friendly. That’s because the main ingredients in Rye Bread are yeast, water, rye flour, cracked rye seeds and regular flour – and there are no animal-derived ingredients.

Again though, some manufacturers may add non-Vegan ingredients to Rye Bread, including things like Milk and Eggs. For this reason, the only way to be 100 per cent sure that your Rye Bread is Vegan is to take a close look at the ingredients label for yourself.

But to summarize, Rye Bread is usually considered to be Vegan friendly if a traditional recipe is used. 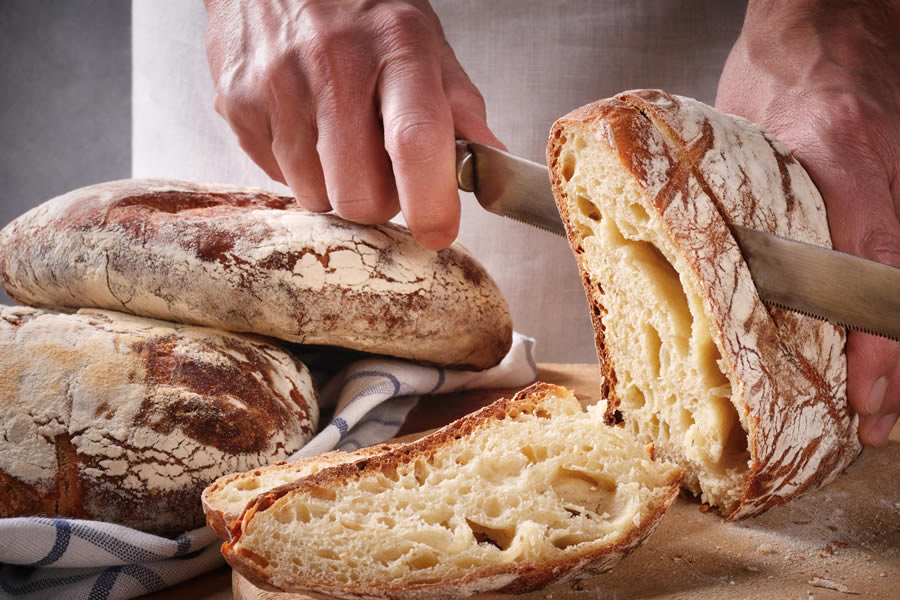 So, let’s now take a look at another popular type of bread – Sourdough!

Sourdough seems to be all the rage these days, from loaves of bread to pizzas. But is it Vegan friendly?

The short answer is that yes, Sourdough bread is Vegan friendly. That’s because the normal ingredients in Sourdough bread are flour, water, salt and sourdough starter, which contains lactic acid bacteria.

Again though, we must point out that you’ll need to carefully check the label of any product you’re interested in trying to make sure that it is indeed Vegan friendly or not. 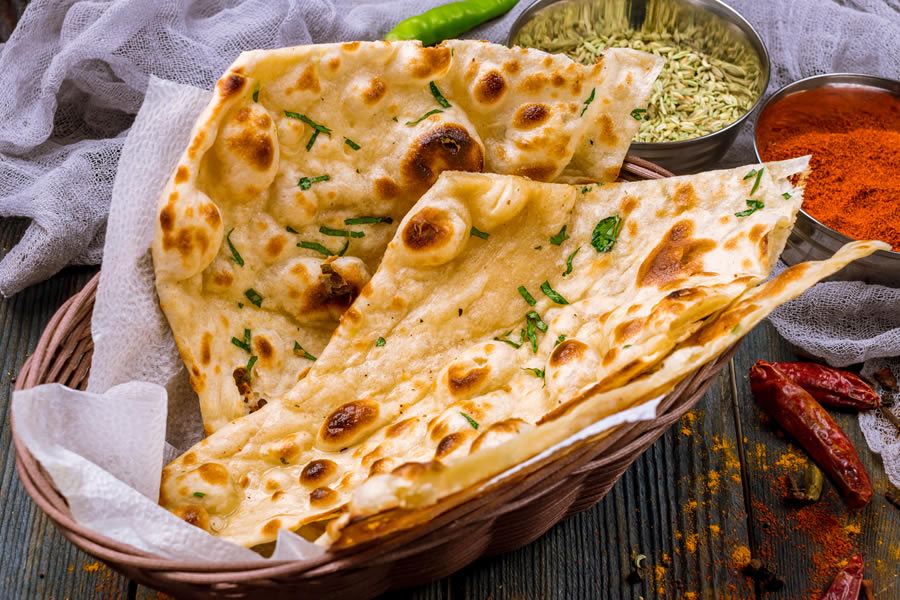 Naan Bread is a type of flatbread mainly found in the cuisines of West Asia, Central Asia, Southeast Asia, India and the Caribbean.

It’s a common side dish to go with curries and similar dishes. But is it suitable for Vegans?

The short answer is no, most Naan Bread is not suitable for Vegans. That’s because Naan Bread usually contains non-Vegan ingredients such as Ghee, Yogurt, Milk or Eggs.

There are some Vegan Naan Breads available to buy in some grocery stores, but they are not very easy to come by in our experience.

That being said, there are some great Vegan Naan Bread recipes floating around online, so if you’re feeling adventurous, you could try making some for yourself at home!

So, what about Garlic Bread?

You may be wondering whether Garlic Bread is suitable for Vegans or not, as it’s a very popular side dish worldwide. But is it Vegan Friendly?

The short answer is that Garlic Bread is not normally Vegan friendly. That’s because it often contains butter as one of its main ingredients. That being said, it’s not difficult to substitute the butter with a plant-based oil such as Olive Oil.

It depends where you live and what products are on offer to you, but we’ve found that most garlic breads bought in grocery stores and in restaurants are not Vegan friendly.

That being said, there are certainly some Vegan friendly Garlic Breads out there. The best way to be sure is to carefully check the ingredients label before making a decision.

As always, there are more Vegan options available these days than ever before.

However, we do recommend that you carefully check the ingredients label before buying any product to find out if it’s Vegan friendly or not.

As we mentioned earlier in this article, many breads are Vegan if they follow the traditional recipes.

However, lots of commercially-available breads also have non-Vegan ingredients such as Milk and Eggs added to them, so this is definitely something to bear in mind.

As always, if you’re in doubt, be sure to check the ingredients label to be 100 per cent sure.

So, here we are at the end of our in-depth look at Vegan Bread.

We’ve looked at Regular Bread, Rye Bread, Sourdough Bread, Naan Bread and Garlic Bread to see whether they are Vegan Friendly or not.

If they stick to traditional recipes with no additives, Regular Bread, Rye Bread and Sourdough Bread are Vegan Friendly. Naan Bread and Garlic Bread are not Vegan Friendly, although there are some types of the latter that are suitable for Vegans.

So, to summarize, most bread can be enjoyed as part of a balanced, varied and healthy Vegan diet.

But always check the ingredients label of the product you’re buying to be 100 per cent sure whether it’s suitable for Vegans or not.