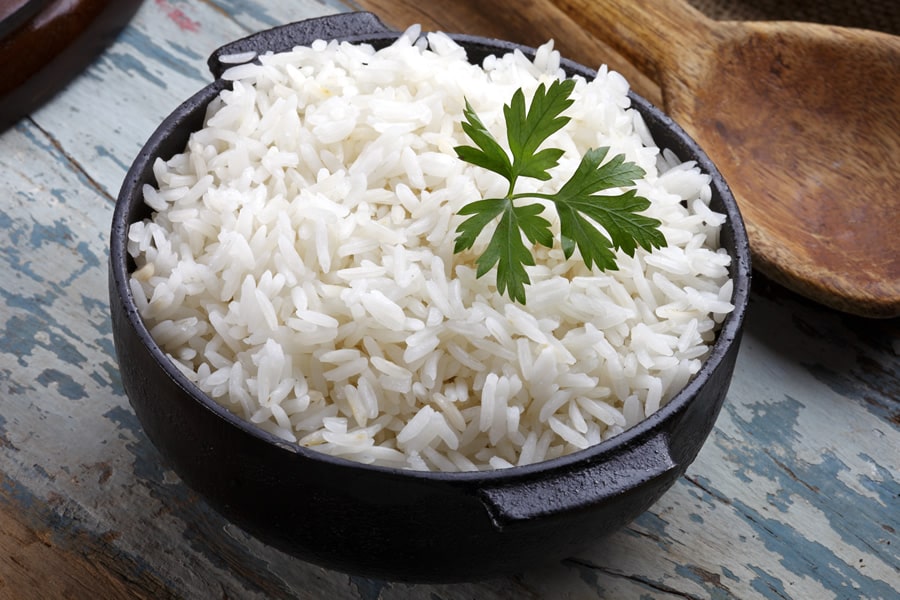 If you’ve landed on this page, then you’re probably looking to find out whether you can eat white rice while following a strict Paleo diet.

Rice is a staple food in many worldwide cuisines and it is consumed in large amounts around the world on a daily basis.

The Paleo diet specifically excludes all grains, of which rice is one, however, there is still some debate around white rice in particular.

And when it comes to white rice vs brown rice on the Paleo diet, the likely best choice may surprise you.

In this article, we’re going to take a close look at white rice to see whether it is indeed Paleo friendly or not.

We’re also going to touch on the Paleo diet in general and explore why it has become so popular in recent years.

So, with the introductions out of the way, let’s start taking a closer look at white rice and the Paleo diet.

What is the Paleo Diet?

The Paleo diet is a specific way of eating that has become very popular in recent years. 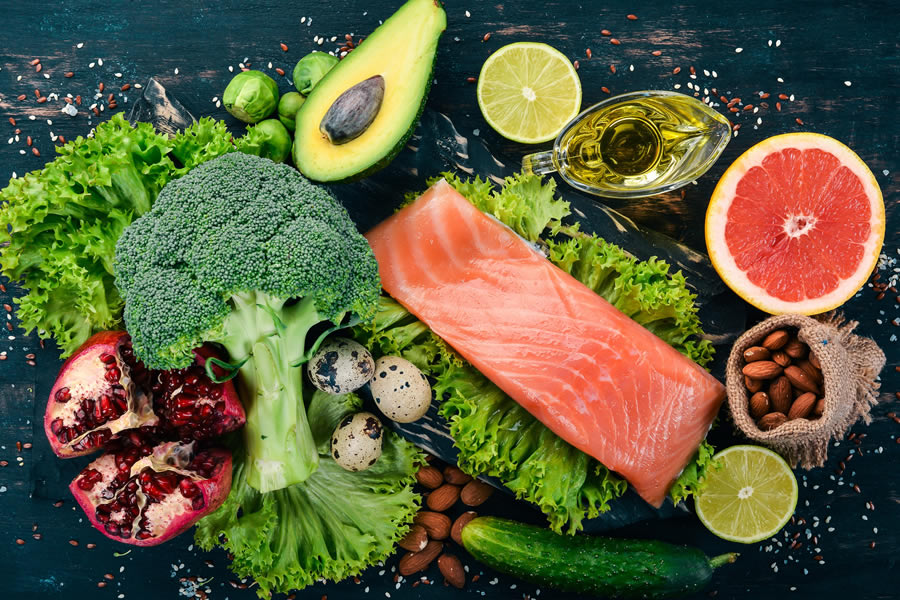 The Paleo diet is sometimes referred to as the ‘caveman diet’. That’s because it is supposed to mirror the types of foods that early humans used to eat.

The main idea behind the Paleo diet is that by sticking strictly only to foods that would have been available to ancestral humans, it can promote overall health.

One of the main points about the Paleo diet is that it assumes that modern food processing and production systems are damaging to human health, as well as the environment.

You probably already know this, but the Paleo diet specifically excludes foods such as grains, legumes, processed sugar and most sources of dairy.

The thinking behind this seemingly radical approach is because these foods were introduced pretty late on in human history, our digestive systems may not be properly adapted to make proper use of them and break them down.

So after excluding foods such as grains and processed sugar, the Paleo diet encourages the consumption of thing such as meat and fish, eggs, nuts, seeds, fruits and vegetables.

To wrap things up, the Paleo diet is a type of ‘ancestral’ diet which eliminates grains, processed sugar and most sources of dairy. It has been put together to emulate the kinds of diets that early humans are thought to have eaten. Foods such as meat and fish, eggs, nuts, seeds, fruits and vegetables make up the large portion of what you can eat if you’re following a Paleo diet.

What is White Rice?

If you’ve landed on this page, the chances are that you already know the basics about white rice, but let’s cover them quickly anyhow.

What some people may not know about white rice is that it is simply milled rice that has had its husk, bran, and germ removed.

This leaves behind a starchy carb which is high carb and high on the glycemic index.

White rice is a common addition to many Asian dishes and it is one of the main ingredients in sushi.

So, where does rice come from? Almost 100 million people depend on the production of rice to provide them with rice to eat as their daily staple food.

And almost two-thirds of the world’s total upland rice area is in Asia. Bangladesh, Cambodia, China, India, Indonesia, Myanmar, Thailand, and Vietnam are important producers and suppliers of rice worldwide.

Amazingly, rice is the agricultural commodity with the third-highest worldwide production, with a total of 741.5 million tonnes (2014), after sugarcane (1.9 billion tonnes) and maize (1.0 billion tonnes).

As you already know, the Paleo diet specifically excludes all grains, so strictly speaking, rice of any kind is not Paleo-friendly.

However, if you are willing to bend the rules a little, then having a small amount of white rice from time to time is probably OK.

White rice is a pretty easily digestable food. It contains very little in the way of micro-nutrients and is a high carbohydrate food. It is also high on the glycemic index.

In fact, White rice has a glycemic index of 71, meaning that it can be quickly absorbed into your bloodstream.

So, to wrap things up, white rice is not paleo friendly because it is a grain. However, if you are willing to bend the rules a little bit, a small serving of white rice from time to time should not cause you any major problems.

When it comes to the Paleo diet, the difference between white rice and brown rice may surprise you a little. 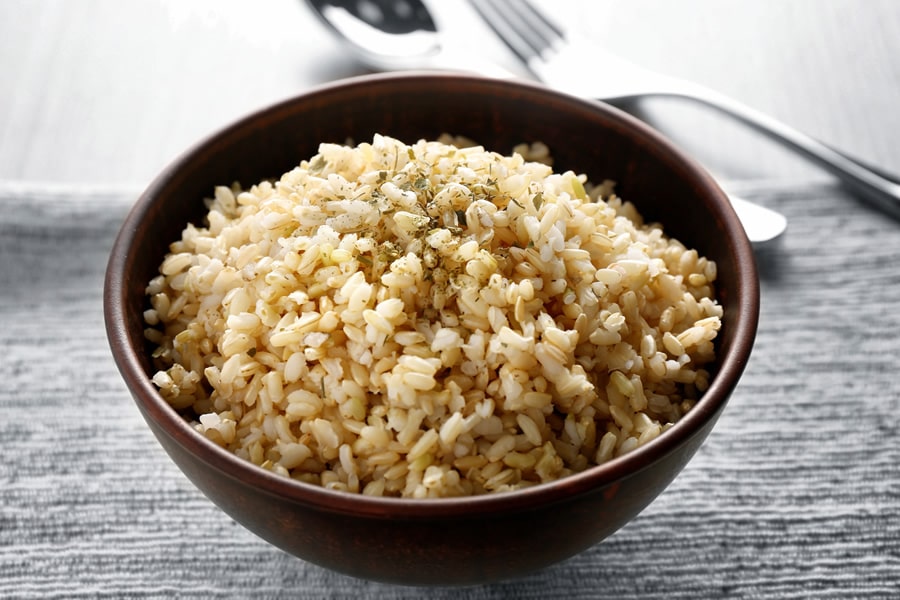 As we mentioned above, white rice is simply milled rice that has had its husk, bran, and germ removed.

Brown rice is rice which still has the bran attached to it – it is a whole-grain rice with the inedible outer hull removed.

Brown rice is perceived to be healthier than white rice because it contains more nutrients and fiber, and is lower on the glycemic index (50, compared to 72 for white rice).

However, brown rice also contains phytic acid, which could cause digestive issues for some people.

For that reason, if you are specifically following the Paleo diet and want to have some rice, then a small portion of white rice may be the better option for you.

So, to wrap things up, if you’re on the Paleo diet and fancy some rice, then white rice may be the better option than brown rice. However, just remember that white rice does not provide much in the way of nutrients and it is a high-carb food, so keep the portion size in check.

As always, we recommend that you speak to a certified healthcare or nutrition professional before making any big changes to your diet or lifestyle.

You should not try to fix an underlying condition with diet before having consulted with a certified medical professional.

That said, we all know that diet and lifestyle can play a huge role in our overall health, and so finding a way of eating that suits you best is really important if you want to thrive.

So, that brings us to the end of our look at white rice and the paleo diet.

We’ve walked you through the basic things you need to know about both rice and the Paleo diet in general.

If you’re sticking to the paleo diet on a strict basis, then you shouldn’t be eating grains of any type, and that includes all forms of rice.

However, if you’re willing to bend the rules from time to time, then a small portion of white rice is probably OK.

Indeed, if you’re on the paleo diet, then white rice may be your better option over brown rice because of the fact that brown rice contains phytic acid, which may cause digestive issues for some people.

The flip side of that is that brown rice also contains more nutrients and fiber than white rice. White rice is a starchy carb food that provides very little in the way of nutrients and is high on the glycemic index, so you’ll have to make the decision on what works best for you.

Does Coffee Break Your Fast?