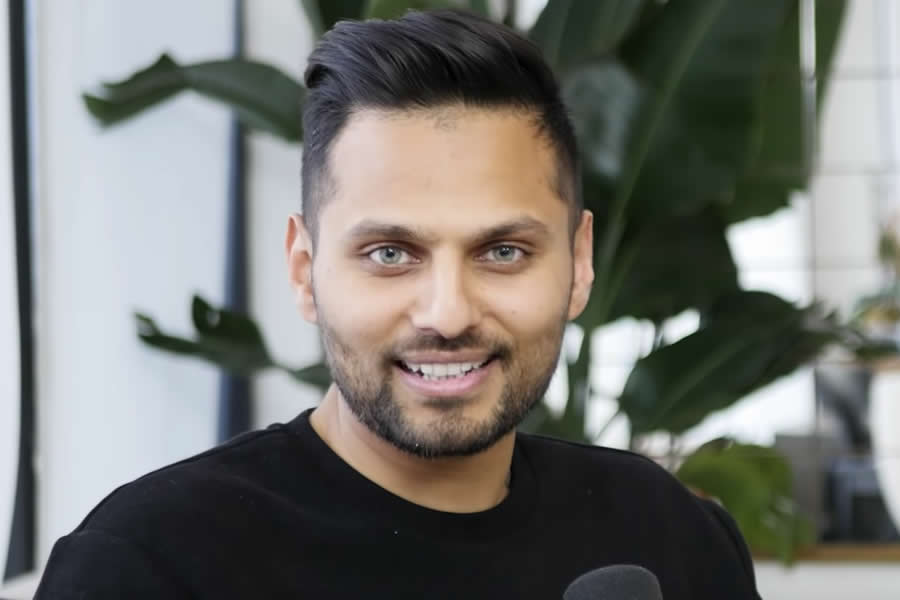 Jay Shetty is a British host, storyteller and viral content creator who has risen to prominence in recent years.

He went from living as a monk to hosting a digital morning show for the Huffington Post to becoming an internet viral sensation.

Since launching his channel in 2016, Jay has notched up more than four billion video views, and he continues to produce viral content, for both himself and third parties.

Jay’s mantra and mission is to “make wisdom go viral” and he has clearly enjoyed a groundbreaking rise to prominence in the last few years.

But what can we learn from Jay’s story – and what do we know about his early life before his rise to prominence?

This in-depth Jay Shetty biography is going to focus on all of the important things you need to know about Jay, and pick out the positive things we can learn from his story.

So, with the introductions out of the way, let’s begin taking a closer look at Jay Shetty’s inspiring story.

Who Is Jay Shetty?

Jay Shetty was born in London, England on 6 September 1987. He grew up in Wood Green, north London.

He has Indian heritage and his parents come from a Hindu background. By his own admission, Jay was a “shy, introverted young boy”.

He was bullied for being overweight and a little “nerdy” but he says on his official website that he never let those experiences affect him negatively.

The biography part of his official website goes on to say that Jay spent most of his schoolboy years “experimenting with what the world had to offer”.

However, that ended up impacting him negatively – and he was suspended from school multiple times as he “tried to find his identity”.

Two of Jay’s close friends died when he was just 16 years old. One died in a car accident, and the other due to gang violence. 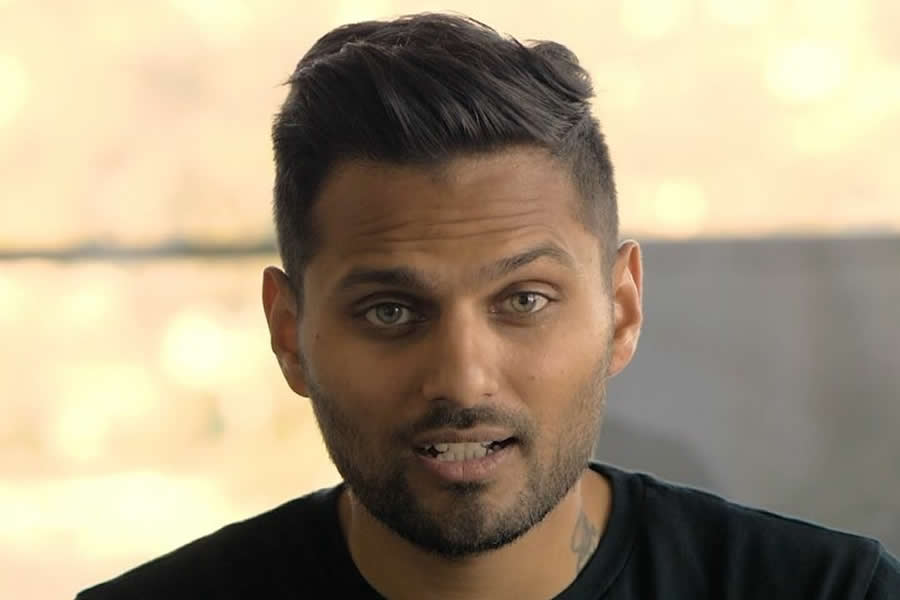 Jay says that these two tragic events caused him to reflect deeply on what a blessing life is. Following the deaths of his friends, he says that he felt the need to find “deeper purpose and meaning”.

After he met a monk when he was 18 years old, he started “redefining success” for himself. He says that he wanted a life of “service, impact and passion” instead of “money, fame and power”.

Aged 22, Jay decided start living as a monk across India and Europe, living out of a gym locker for three years.

While he was a monk, Jay meditated for four to six hours a day and experimented with no water and no food fasts to help train his mind.

Jay was a monk for three years, and it is clear that this period of his life was absolutely critical to his journey.

Aged 25, Jay moved back to London to live with his parents “with no money to his name”. He explains that he had to spend a significant period of time “updating himself on the world” after being out of touch with modern life for so long. 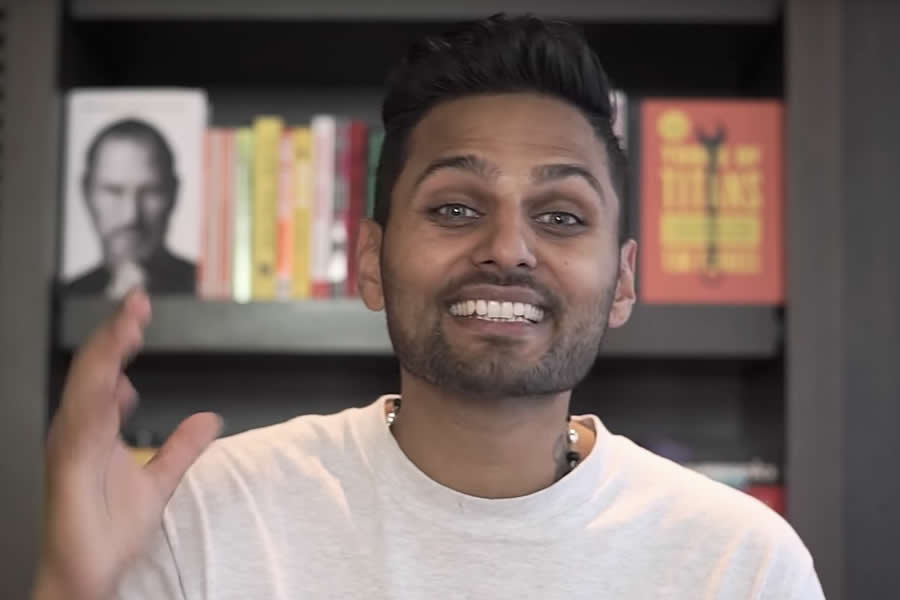 The videos he produced were spotted by Arianna Huffington, who invited him to be the Host of HuffPost Lifestyle in New York. He moved to New York in 2016.

Jay has since moved on from HuffPost to create his own viral video agency, called Icon Media, and grow his own brand.

He has worked with some of the world’s biggest brands and has given talks for leading companies including Google, L’Oreal, Facebook, Coca Cola, HSBC, EY, Microsoft and Accenture, plus more.

Along the way, he has interviewed some huge names, such as Russell Brand, Tim Ferriss, Novak Djokovic, Deepak Chopra, Russell Simmons and more.

In 2016, he won the ITV Asian Media Award for Best Blog, after he came third in the Guardian Rising Star Award in 2015.

Quite clearly, Jay Shetty’s story is an inspirational one.

Like many inspirational figures, he has recovered from some notable adversities early in life to focus on personal growth.

He is now committed to making a positive impact on the world, and his message is clearly welcomed by millions of people around the globe.

Jay Shetty was born on 6 September 1987 in London. He is currently 35 years old.

Jay Shetty’s wife is ‎Radhi Devlukia-Shetty. They have been married since 2016 and have known each other for many years. Indeed, Jay first met ‎Radhi before he became a monk. 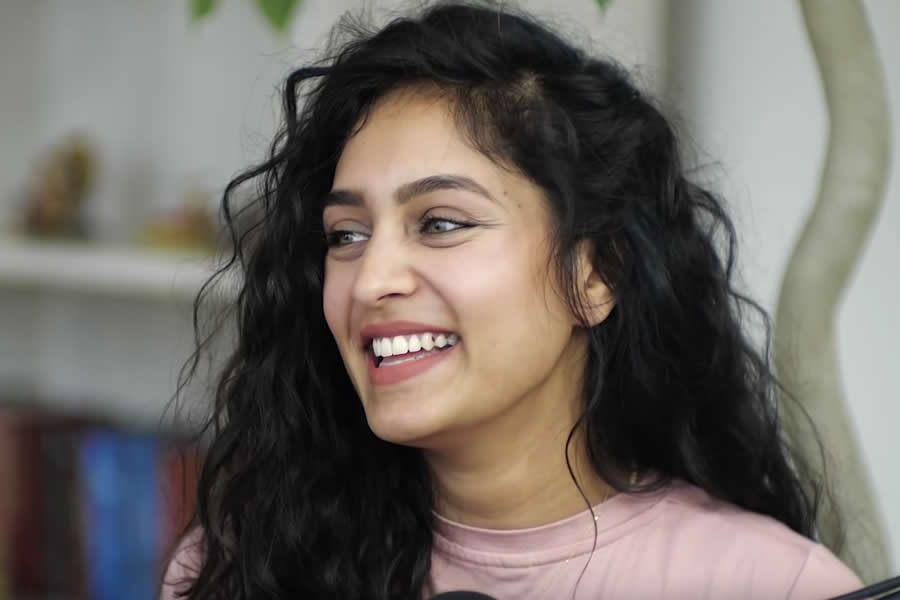 Jay’s wife ‎Radhi is a vegan recipe developer, a plant-based dietician and an Ayurveda (traditional Indian medicine) enthusiast. Her Instagram profile says she is an advocate for “conscious cooking and living”.

The couple have similar-looking eyes, which sometimes causes people to think that they are brother and sister!

“One of the things people ask us wherever we are is if we’re brother and sister!” Jay admitted in a video published on his YouTube channel in 2019. “The eyes are not exactly the same color either!”

Radhi agreed, saying: “That happens all the time, even if we’re like holding hands or walking in a couple way, people will ask if we’re brother and sister or related!”

Jay has explained how he and his wife first met, many years ago.

“The first time I actually met Radhi was before I became a monk,” Jay explains. “I met her very briefly and thought she was beautiful and attractive, but I didn’t really think anything of it.

“I was so focused on what I was doing in life at the time and was so spiritually inclined that I literally didn’t think anything of it.

“The incredible thing about this is that that was the only time while I was there that I was ever asked to show another person how to do this service.

“The one day I was asked to show how to do this particular voluntary service at the temple, was the one day that her mum showed up!”

Jay interviewed his wife ‎Radhi for an episode of his podcast, which was published on YouTube on 21 February 2019.

On his wife’s 29th birthday, Jay dedicated a post to his partner on Instagram, sharing a photo of her and writing the caption: “Even though I tell you this everyday and genuinely mean it, today is a special opportunity to say THANK YOU for being you, I’m so GRATEFUL to have you in my life and I LOVE YOU SO MUCH!

“You’re the most beautiful person I know inside and out and I’m so happy because the world is getting more of you!”

In case you’ve noticed in some of his videos and pictures, Jay Shetty has a tattoo of a boxing glove on his lower neck, on the left hand side.

You can see the tattoo relatively clearly in the photo below. 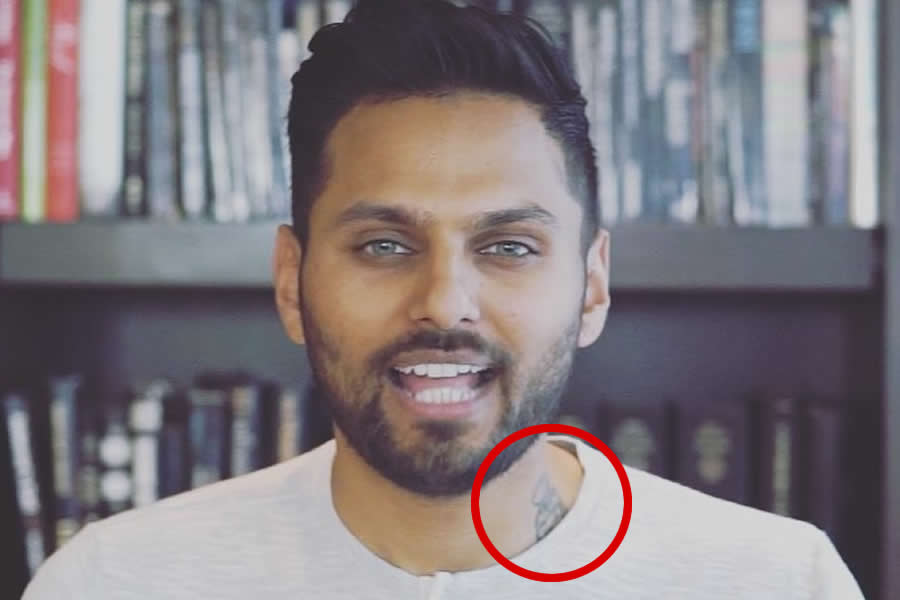 Unfortunately, there is no official figure for Jay Shetty’s net worth.

Although he was named on the Forbes 30 Under 30 list in 2017, there is no net worth figure attached to his name.

A few websites, such as naibuzz.com, quote Jay Shett’s net worth at around $2m, but it is not known how accurate this figure is. 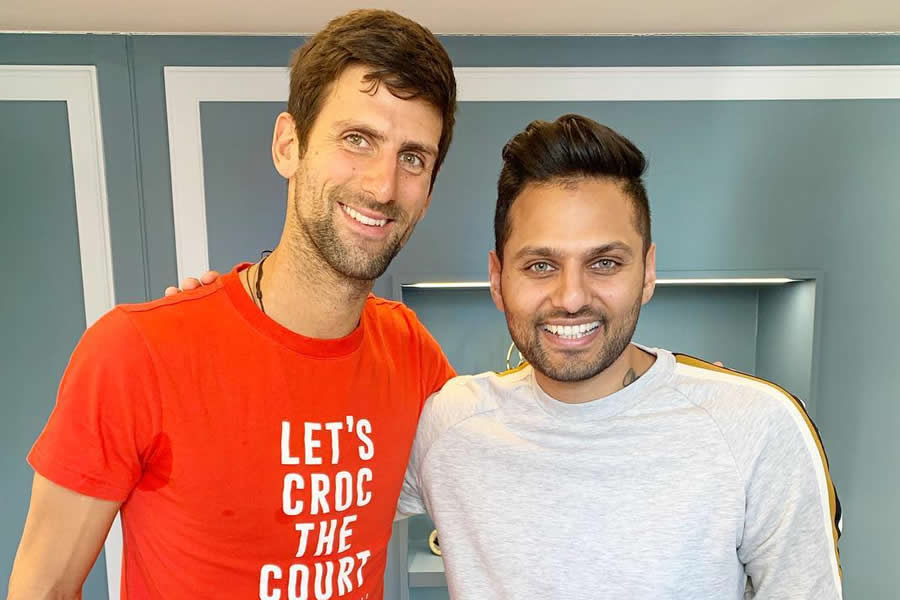 There are plenty of inspirational Jay Shetty quotes out there, and probably the best place to find them is on his social media channels.

Here, we have rounded up a few of our favorite Jay Shetty quotes:

“So many of our lives feel meaningless because we do not move with intention. Focus on where you are putting your attention. Shift that attention if it does not line up with your goals.”

“Nothing is permanent. It’s so easy to get stuck on a feeling and think it will never go away. But everything in life is temporary. Heartbreak is temporary. A job loss is temporary. Prioritize sitting in the present moment, and being patient with yourself. Change your mind set to that of a positive one. You will not be in this place forever.”

“When you heal yourself, sometimes the universe will send you some people to help heal them.”

“You’ve been criticizing yourself for years now and that hasn’t worked. Try coaching yourself and see what happens.”

“Self-care isn’t just holidays and massages. It’s working on your habits, mindsets and healing your past. It’s removing toxic thoughts, people and places in your life. It’s living intentionally, purposefully and consciously.”

You can check out more of our favorite Jay Shetty quotes in our dedicated article.

What Can We Learn From Jay Shetty?

Clearly, Jay Shetty’s story is an inspirational one.

He has shown dedication to improving and working on himself, before choosing to spread his positive messages through the medium of social media.

Like many outwardly successful people, he had to overcome some serious adversities in the early parts of his life. 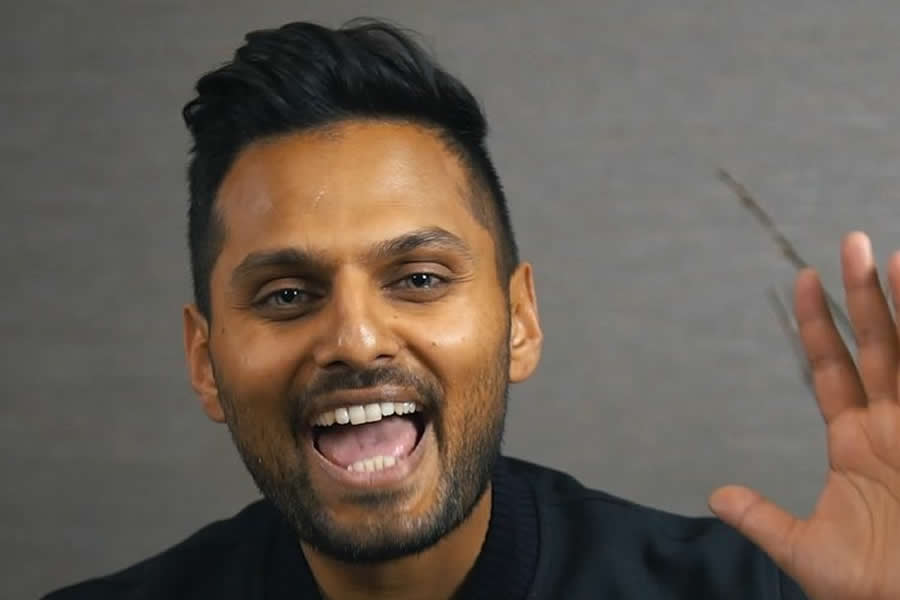 He is now working on spreading his message and making “wisdom go viral”.

One of the key things to learn from Jay Shetty is the importance of looking at yourself and become as self aware as possible before thinking about any externalities.

Jay Shetty’s work has reached millions of people worldwide and he continues to have a positive impact.

There is no doubt that he will continue to positively impact people in the years to come.