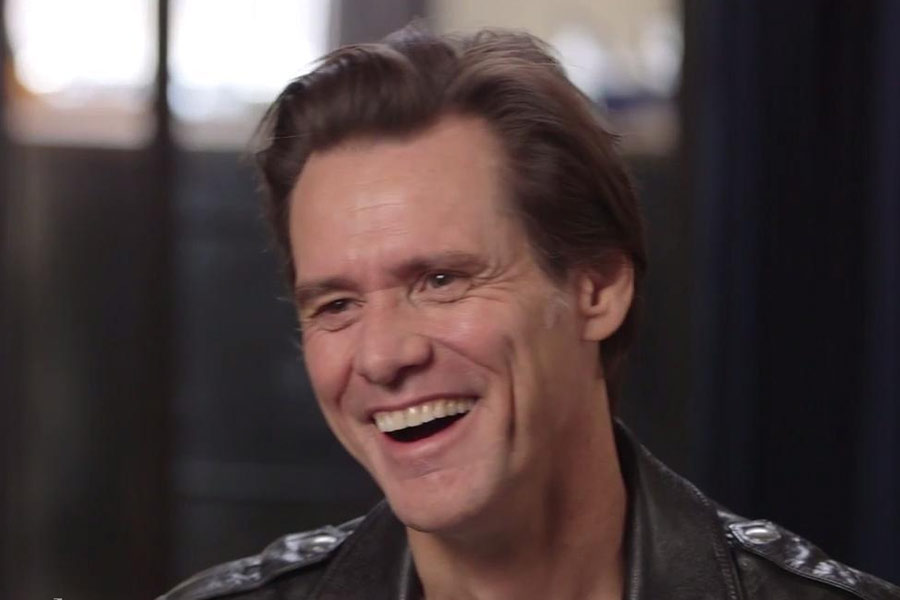 Jim Carrey is one of the most famous Hollywood actors in the world – but is he Vegan?

With more and more people around the world taking a more conscious approach to their diet and lifestyle, Veganism is probably more popular than it’s ever been.

Many celebrities have jumped on the ‘vegan bandwagon’ in recent years as following a plant-based lifestyle becomes more and more common.

But what about Jim Carrey? You probably know Jim as one of America’s most famous actors – but is he Vegan or not?

In this article, we’re going to take a detailed look at Jim Carrey’s career and also look a bit closer at his lifestyle away from the big screen.

We’re going to briefly look back at his incredibly successful career, and see what clues about his diet and lifestyle are out there and what he has said about these things in the past.

So, with the introductions out of the way, let’s start taking a closer look at Jim Carrey and whether he is vegan or not.

Who is Jim Carrey?

Jim Carrey is a Canadian-American actor, comedian, writer, producer, and artist, who is best known for his energetic comedic performances.

The chances are that if you have landed on this page from an internet search, you already know all about Jim Carrey and his career, but let’s touch on the basics points first before delving a little bit deeper.

Jim Carrey was born on 17 January 1962 in Newmarket, Ontario, Canada. He is currently 60 years old.

He is the son of Kathleen, a homemaker, and Percy Carrey, a musician and accountant. He has three older siblings: John, Patricia, and Rita.

Jim got his big breakthrough in Hollywood when he starred in Ace Ventura: Pet Detective, The Mask, and Dumb and Dumber, all of which were released in 1994.

He received his first Golden Globe Award nomination for Best Actor for his work in The Mask.

Jim went on to star in a number of other Hollywood hits, including Liar Liar in 1997, and The Truman Show in 1998. 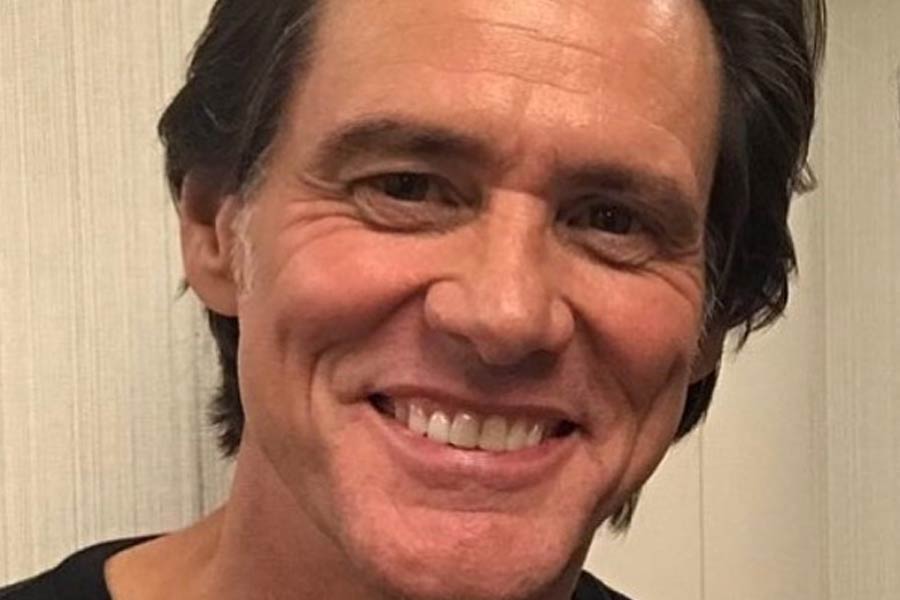 In more recent years, Jim Carrey has starred in a number of other hit movies, including Yes Man, Bruce Almighty and Eternal Sunshine of the Spotless Mind.

Over the last few years, Jim has become known for his spiritual beliefs and he is an advocate for the ‘law of attraction’.

In an interview with Oprah Winfrey in 1997, Jim revealed that he often used visualisation techniques to get work while he was a struggling actor.

So, it is clear that Jim Carrey is known as one of Hollywood’s top actors in recent years. But what about his lifestyle away from the silver screen?

It’s time to take a look at the main question in this article – is Jim Carrey Vegan or not?

The simple answer to this question right now is, we’re not sure. In terms of his nutrition, it is fairly clear that he has not followed a plant-based diet, or at least he has not confirmed it in public.

The most recent time Jim spoke about his diet in public was back in 2013, when he revealed that he was undergoing a ‘detox’ diet on his official Twitter account.

During that time, he clearly was not following a plant-based diet, as he revealed that he was eating eggs, meat and fish, as well as honey.

“End of day 14. Diet is kicking in. Feeling relaxed content and even blissful, like i just got up from a good nap. Protein veg legumes rice fruit nuts water contain all we need 2b healthy happy n sharp minded.”

Of course, the thing to bear in mind here is that these quotes were taken from 2013, and Jim may well have changed his diet and lifestyle since then.

Despite rumours to the contrary, there is no official confirmation that Jim Carrey follows a vegan diet or lifestyle. 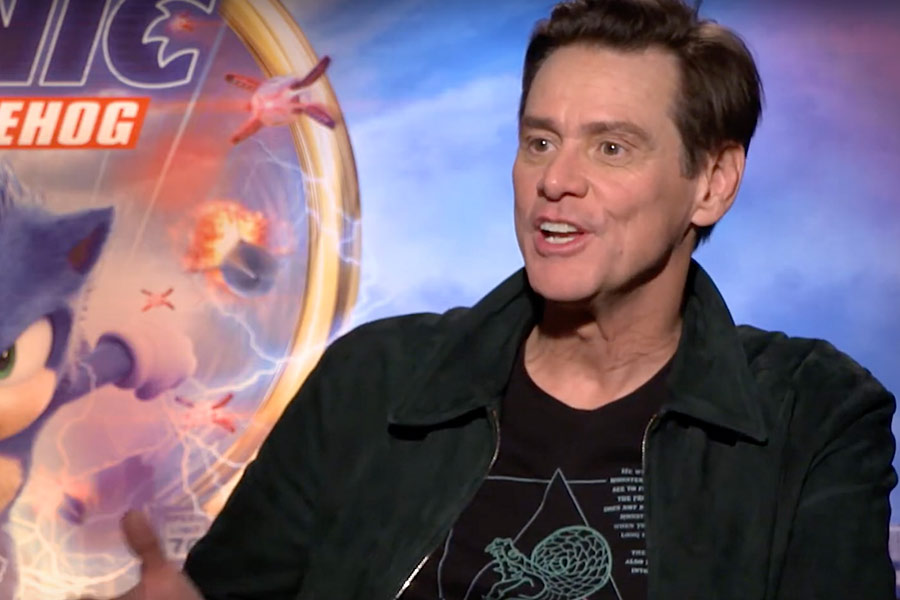 Jim has often spoken out against the cattle industry and climate change, but as far as we know, he has not spoken about cutting out animal products or following a plant-based diet.

So, to wrap this part up: No, Jim Carrey is not vegan. Despite rumours to the contrary, he has not spoken about following a vegan lifestyle or plant-based diet in public in recent years. The last time he spoke about his diet, he was not following a plant-based nutrition plan.

What Is Jim Carrey’s Diet?

As we have mentioned above, there is not much known about Jim Carrey’s diet and nutrition.

One of the few times he spoke publicly about what he eats was through his series of tweets in 2013, as quoted above, when he revealed that he was enjoying eating eggs, meat, fish and vegetables, as well as fruit, nuts water and tea.

Jim has clearly opted to keep his diet and nutrition plan behind closed doors for the most part.

Does Jim Carrey Have Any Other Lifestyle Secrets?

As we mentioned above, Jim is an advocate of the ‘law of attraction’, and he has revealed how visualisation techniques helped him when he was a struggling actor.

Jim has also become somewhat renowned for his philosophy when it comes to life in general in recent years, with lots of his quotes circulating widely on social media, for example.

Here are some of his most popular quotes from over the years:

• “I think everybody should get rich and famous and do everything they ever dreamed of so they can see that it’s not the answer.”

• “As far as I can tell, it’s just about letting the universe know what you want and then working toward it while letting go of how it comes to pass.”

• “I wake up some mornings and sit and have my coffee and look out at my beautiful garden, and I go, ’Remember how good this is. Because you can lose it.”

• “Desperation is a necessary ingredient to learning anything, or creating anything. Period. If you ain’t desperate at some point, you ain’t interesting.”

As we mentioned above, Jim has been somewhat private when it comes to his diet and lifestyle in his private life.

Instead of talking regularly about his life away from acting, Jim often chooses to follow a more private path away from the media spotlight.

This article has been updated with the latest information we could find regarding Jim’s lifestyle and diet, based on what he has said in previous interviews and on social media.

So, that brings us to the end of our look at whether Jim Carrey is vegan or not, as well as a quick look back through his successful acting career.

As we mentioned above, Jim Carrey is not vegan. The last time he spoke publicly about his diet was back in 2013, when he revealed on Twitter that he was eating animal products such as eggs, fish and meat.

Of course, those quotes are many years old now, so it is not entirely clear what kind of diet and lifestyle Jim follows, and it could have changed during this time.

But from what we can tell, despite having spoken out against the cattle industry and climate change in recent years, he does not follow a vegan lifestyle.