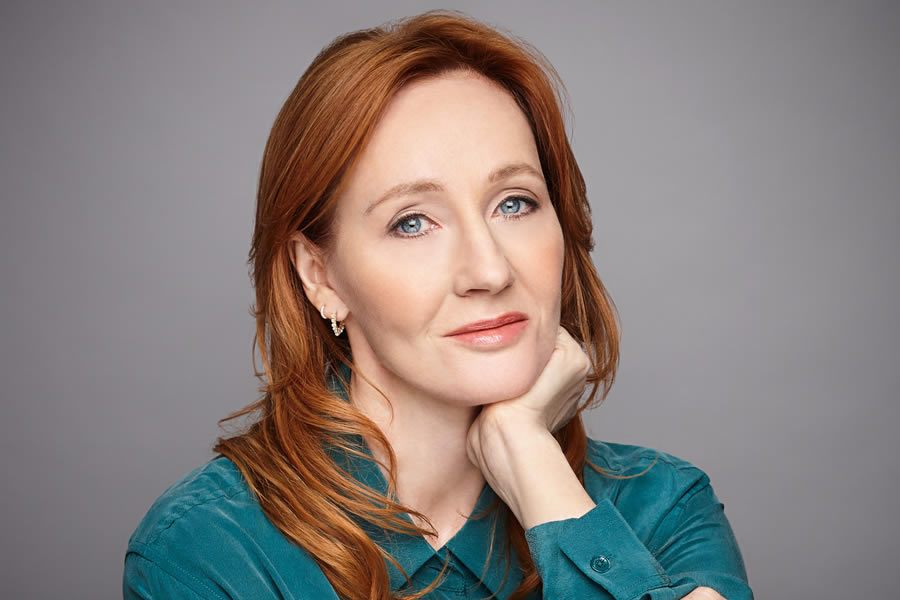 She is the author of the best-selling Harry Potter series of seven books, published between 1997 and 2007, which have sold over 500 million copies worldwide in more than 200 countries and translated into 80 languages, and have been turned into eight blockbuster films.

Her books have won multiple awards and she is widely regarded as one of the most successful authors in recent history.

You’ve probably already heard of the Harry Potter series and JK Rowling before. But how much do we know about her inspiring story, and what can we learn from her journey?

JK Rowling’s story is certainly an inspirational one. This in-depth JK Rowling biography is going to focus on all of the important things you need to know about her.

It’s also going to take a close look at her journey to success and examine some of the key things we can learn from her.

Who is JK Rowling?

JK Rowling is a British author who is best known for writing the bestselling Harry Potter series of seven books.

JK Rowling was born to Peter James Rowling and Anne Rowling on 31 July 1965 in Yate, which is near Bristol in England.

Her father was a Rolls-Royce aircraft engineer and her mother was a science technician.

JK Rowling’s sister Dianne was born when she was 23 months old. She reportedly wrote fantasy stories when she was growing up and read them to her sister.

She attended the Wyedean School and College for secondary school. She has since admitted that the character of Hermione Granger from the Harry Potter series of books is loosely based on herself from her school days.

In an interview with The New Yorker published in October 2012, she admitted that her teenage years were not the happiest of her life. 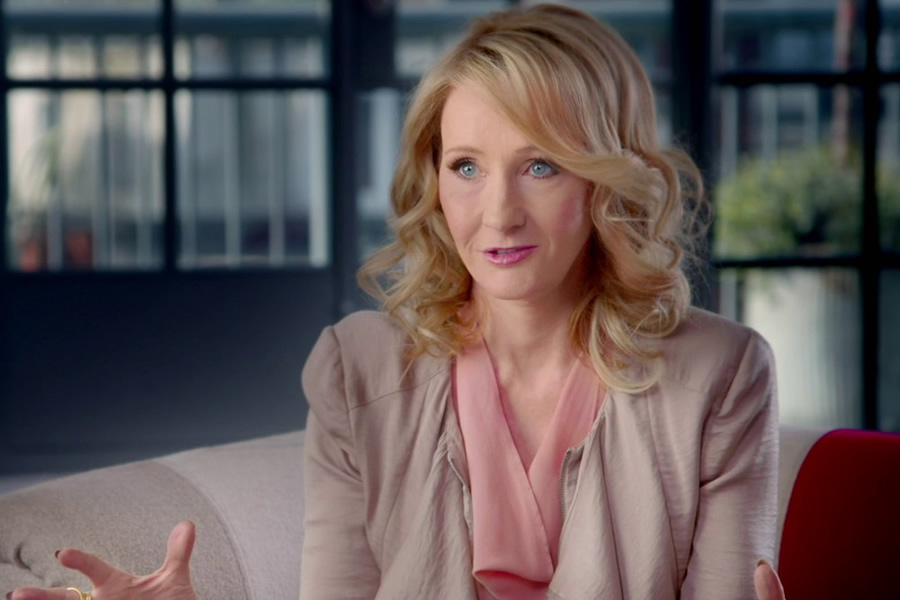 When she was 15 years old (in 1980), JK Rowling’s mother Anne was diagnosed with Multiple Sclerosis – and she died a decade later, aged 45.

She graduated from the University of Exeter with a BA in French and Classics. Her course included a year of studying abroad in Paris, France.

JK Rowling worked as a researcher and bilingual secretary in London for Amnesty International, before moving with her then boyfriend to Manchester, where she worked at the Chamber of Commerce.

The idea for the infamous Harry Potter series of books came to her in 1990, when she was stuck on a four-hour-delayed train trip from Manchester to London’s King’s Cross.

It is claimed that as soon as she got back to her Clapham Junction flat, she began to write immediately. Over the next five years, she would map out all seven books in the famous series.

In December of 1990, JK Rowling’s mother died after having suffered from Multiple Sclerosis for a decade.

JK Rowling has occasionally spoken about her grief linked to her mother’s death, and also her regret at the fact that she never knew about her writing career.

She married Jorge Arantes in 1992 and had a daughter, Jessica, in 1993. The marriage ended later that year, and she returned to the UK to live in Edinburgh, Scotland.

She began a teacher training course in August 1995 at the Moray House School of Education, at Edinburgh University. However, she continued to write in every spare moment that she had.

JK Rowling has spoken openly about her struggles during that period, when she was a single parent on state benefits, taking jobs in a local church.

Writing for the Gingerbread advice and support group for single mothers, she said: “My overriding memory of that time is the slowly evaporating sense of self-esteem, not because I was filing or typing – there was dignity in earning money, however I was doing it – but because it was slowly dawning on me that I was now defined, in the eyes of many, by something I had never chosen,

Having completed the full manuscript of Harry Potter and the Philosopher’s Stone, she sent the first three chapters to a number of literary agents.

Then, the first door opened. One literary agent wrote back asking to see the rest of it. She says it was “the best letter I had ever received in my life”.

Nigel Newton, the chairman of Bloomsbury Publishing, revealed in an interview in 2001 that the manuscript for Harry Potter and the Philosopher’s Stone had been rejected by most of his major rivals.

It was only the “pester-power” of his daughter Alice, who convinced him to take a chance on JK Rowling.

After taking the manuscript home, Newton gave it to his then eight-year-old daughter to read.

Newton told the Independent in 2001: “She came down from her room an hour later glowing, saying, ‘Dad, this is so much better than anything else.’

“She nagged and nagged me in the following months, wanting to see what came next.”

It was only after that that Newton decided to go ahead. He wrote a cheque to JK Rowling for £2,500, which has since proved one of the smartest investments in publishing history.

Harry Potter and the Philosopher’s Stone was first published by Bloomsbury Children’s Books in June 1997.

The rest, as they say, is history.

In 2012, JK Rowling launched her digital entertainment and e-commerce company Pottermore. It is a place where fans can enjoy news, features and articles, as well as original content by JK Rowling.

It is also the global digital publisher of Harry Potter and JK Rowling’s Wizarding World.

JK Rowling was invited to give a Harvard commencement speech in 2008. It was then published in 2015 as an illustrated book, Very Good Lives: The Fringe Benefits of Failure and the Importance of Imagination, and sold in aid of Lumos and university–wide financial aid at Harvard.

Her success through the years has clearly not gone unrewarded.

In December 2001, JK Rowling received the Order of the British Empire (OBE) from His Royal Highness the Prince of Wales for services to children’s literature.

She has also received many other awards and honours, including France’s Legion d’Honneur and the Hans Christian Andersen Award.

JK Rowling has also shown her generosity over the years. She supports a number of causes through her charitable trust, Volant.

She is also the founder and president of the international non-profit children’s organization Lumos, which works to end the institutionalisation of children globally and ensure they grow up in a safe and caring environment.

Quite clearly, JK Rowling’s success story is one of true inspiration.

She managed to overcome a series of adversities thrown her way and showed the drive, determination and persistence requited to enjoy high levels of success.

She is a truly inspirational figure to both men and women worldwide. 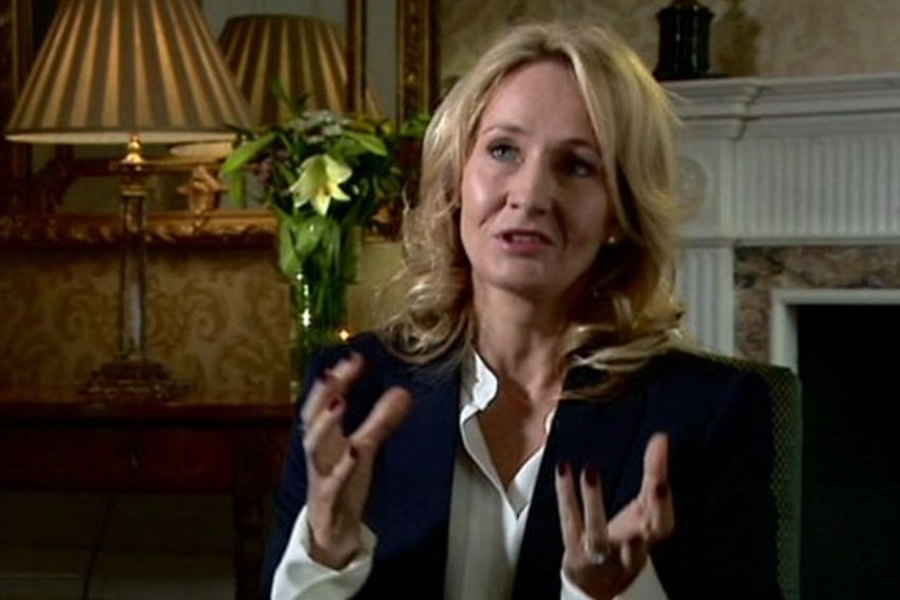 You may be wondering why JK Rowling did not use her first name, Joanne, on the Harry Potter books.

According to the biography on her official website, the ‘K’ stands for Kathleen, which was her paternal grandmother’s name.

It was added to the books at her publisher’s request. At the time, her publishers thought that a book by a female author may not appeal to the target audience of young boys.

Age and Net Worth

She is currently 57 years old.

“Why do I talk about the benefits of failure? Simply because failure meant a stripping away of the inessential. I stopped pretending to myself that I was anything other than what I was, and began to direct all my energy into finishing the only work that mattered to me.”

“The world is full of wonderful things you haven’t seen yet. Don’t ever give up on the chance of seeing them.”

“We do not need magic to change the world, we carry all the power we need inside ourselves already: we have the power to imagine better.”

“Failure gave me an inner security that I had never attained by passing examinations. Failure taught me things about myself that I could have learned no other way. I discovered that I had a strong will, and more discipline than I had suspected; I also found out that I had friends whose value was truly above the price of rubies.”

“Every day of my working week in my early 20s I was reminded how incredibly fortunate I was, to live in a country with a democratically elected government, where legal representation and a public trial were the rights of everyone.”

“I have never been remotely ashamed of having been depressed. Never. What’s to be ashamed of? I went through a really rough time and I am quite proud that I got out of that.” 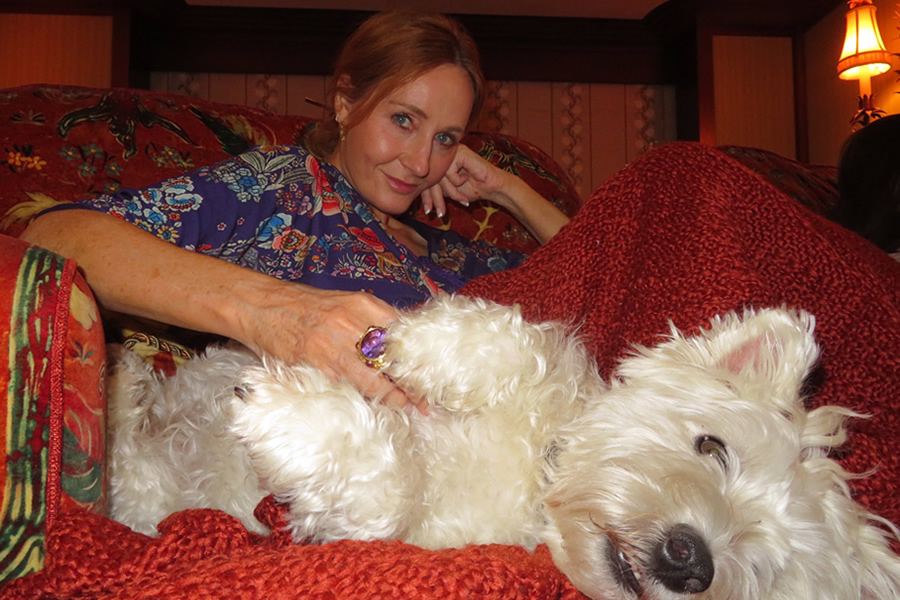 According to her official website, she “rarely gives interviews or writes articles, preferring to express herself on Twitter”.

What Can We Learn From JK Rowling?

JK Rowling’s success story is clearly an inspirational one.

She has had to battle through a variety of difficulties in her life to get to where she is now.

She faced a number of uphill battles during the earlier years of her life, but she did not relent in her pursuit of what meant the most to her.

She also demonstrated the admirable qualities of persistence and determination on her road to success, and she continued writing despite most publishers having rejected her samples of Harry Potter.

JK Rowling is one of the most inspiring figures of recent years.

She has demonstrated an abundance of admirable qualities to get to where she is today, including a knack for sticking to her guns even when things are not working out.

Young men and women could do much worse than to follow JK Rowling’s inspirational story as they seek their own success and fulfilment.