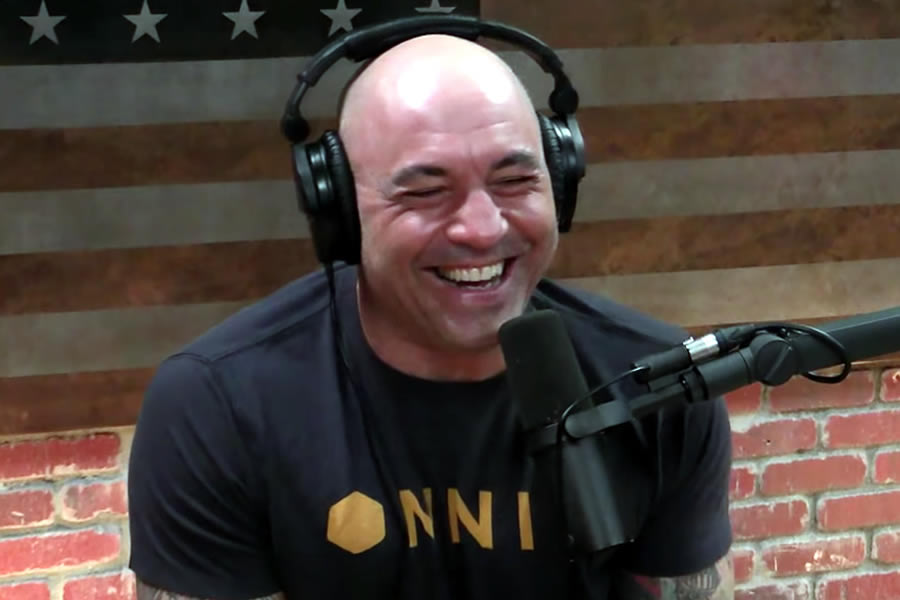 He has risen to prominence in recent years thanks to the huge success of his podcast, The Joe Rogan Experience, which is now downloaded more than 16 million times each month.

Joe has four times been named MMA Personality of the Year four times by the World MMA Awards after having started as backstage and post-fight interviewer for the UFC.

He has amassed a large following on social media. Joe has more than six million followers on Instagram and more than five million subscribers on YouTube.

But what about Joe’s early life and his journey to where he is today?

This in-depth Joe Rogan biography is going to focus on his early life and his impressive rise to prominence in recent years.

We’re going to be paying particularly close attention to the positive things we can learn from Joe’s journey and how he has positively impacted the lives of people worldwide.

So, let’s start taking a look at Joe’s story and how his journey unfolded.

Who is Joe Rogan?

Joe Rogan is an American stand-up comedian, mixed martial arts commentator and podcast host who has risen to prominence in recent years.

Joe is of one quarter Irish and three quarters Italian descent, and his father worked as a police officer in Newark when he was growing up. 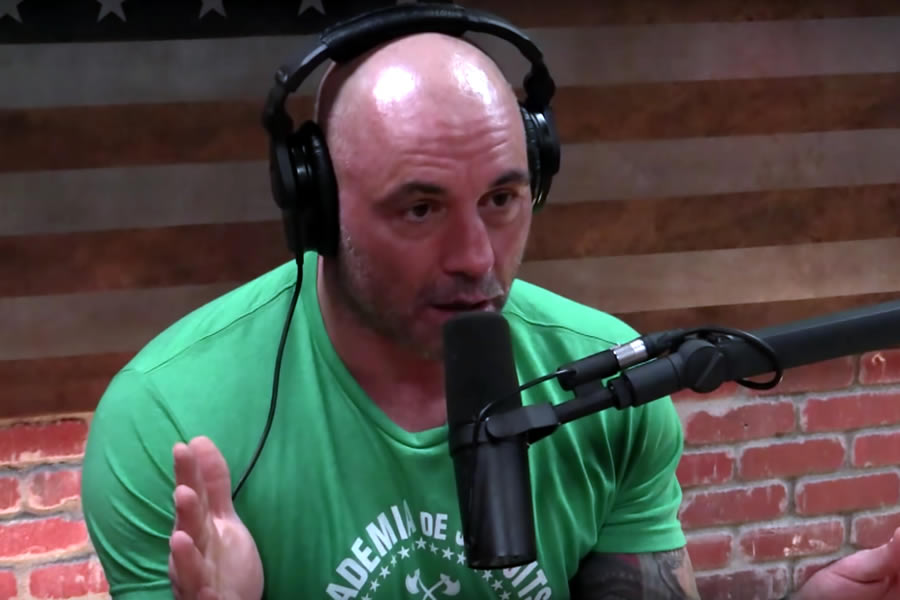 Rogan’s parents divorced when he was five years old and he his father has not been in contact with him since he was seven years old.

“All I remember of my dad are these brief, violent flashes of domestic violence,” Joe said in an interview with Rolling Stone in October 2015.

“When I was five, I had a fight with one of my cousins — punched him in the face over something stupid — and his mother was screaming to my parents, ‘Your son’s a little monster. He punched my kid in the face!’ My dad pulled me aside and I told him the truth of what happened. He said, ‘Did you cry?’ I said, ‘No.’ He said, ‘Good, don’t ever cry.’

“I mean, he was happy that I punched my cousin. But I don’t want to complain about my childhood.

“Nothing bad ever really happened to me. It was just confusing, you know? [My father] was just a very violent, scary guy. After the split, we moved to San Francisco and that was it. Never heard from him again.”

Rogan moved with his mother to San Francisco when he was seven years old, before another move to Gainesville, Florida, when he was 11.

His passion for MMA began with martial arts practice when he was just 13 years old.

By the time he was 19, Rogan won the US Open Tae Kwon Do Championship and went on to beat both the middle and heavyweight title-holders to obtain the Grand Championship.

After developing a passion for martial arts in his teens, Rogan decided to pursue a career as a professional stand-up comedian in his early 20s.

He moved to New York City in 1990 and because he was “scratching and grinding” for money at the time, he moved in with his grandfather in Newark.

He stayed with his grandfather in Newark for six months before he had enough money saved up to be able to afford his own place.

“To this day whenever I think about Newark, I think about my frame of mind back then,” Rogan said in a blog post written in 2014. “It just comes right back to me in clear focus.”

Joe began providing color commentary for the UFC (Ultimate Fighting Championship) on Pay Per View, Spike Television, and FOX in 2002. 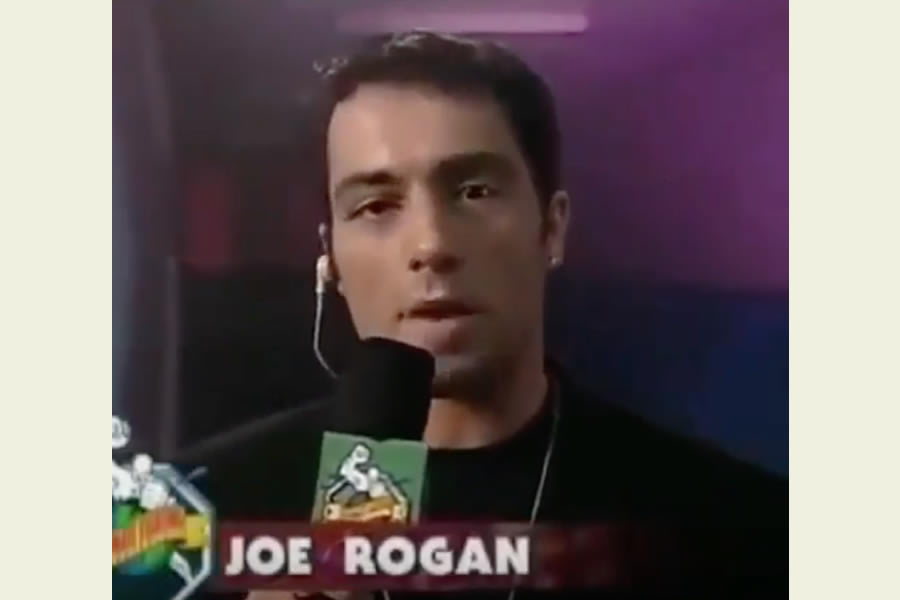 Joe Rogan during his early years working for the UFC (Photo: YouTube)

His passion for UFC runs deep, and he admits that he feels privileged to be able to work in the sport.

“I’m a huge fan of the sport, and I feel very fortunate to have the opportunity to work for the best Mixed Martial Arts organization in the world,” Joe wrote on his blog. “I still have to pinch myself every time one of these events is about to start.

“The excitement of the UFC is really like nothing else in all of sports. It’s just competition stripped down to it’s raw core – free of distractions like balls and field goals and time outs.

“Nothing but two men furiously executing skills against each other that they have honed through countless hours of work and sacrifice playing the ultimate game with both the ultimate risk and reward. I LOVE it.

“I can’t believe it’s really my job. I’ve often thought that my life has been so fortunate that so many times it really does feel like it’s all a dream.”

Speaking in January 2019 on his podcast, Rogan admitted that he had to scale back how much UFC work he was doing because of his hectic schedule.

“I do enjoy it,” Rogan said on his podcast in January 2019. “I cut way back. Because first of all, I was doing too many of them. At one point I was doing 24 a year, it was way too many. It was like half of the weekends of the year, I was flying somewhere to go to the UFC. It was too much.

“That was before the UFC really started adding a bunch of people and it took a lot of the weight off of me.” 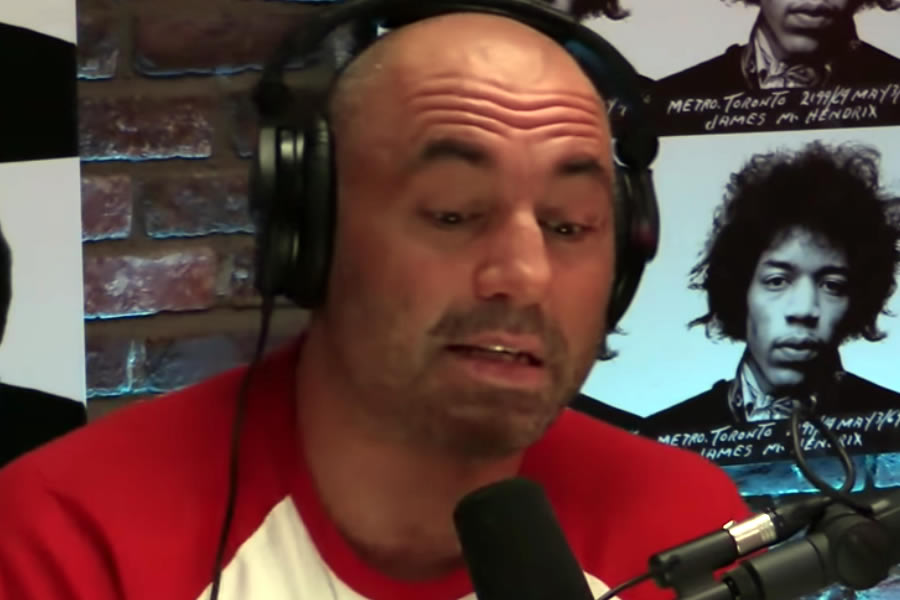 Joe started a free podcast in December 2009 with his friend and fellow comedian Brian Redban.

By August 2010, the podcast was branded as The Joe Rogan Experience and it had made it onto the list of the top 100 podcasts on iTunes.

The podcast features a wide array of guests and is one of the most watched and most downloaded podcasts in the world.

Quite clearly, Joe’s story is an inspirational one.

He has been able to follow his passions and build a career around doing what he loves.

Since its launch in December 2009, the Joe Rogan Experience has become one of the most popular podcasts in the world.

Joe has more than five million subscribers on YouTube and has published more than 1,200 podcast episodes.

The Joe Rogan Experience is a long-form podcast with people from all walks of life. Some past guests on the podcast include Russell Brand, Eddie Izzard, Kevin Hart, Elon Musk and Brian Cox. Many of the episodes are more than three hours long.

Since its inception in January 2013, Joe Rogan has amassed more than 1.2 billion views on his YouTube channel.

Joe Rogan’s wife is Jessica Rogan. They are believed to have met in a bar and they have been married since 2009.

They have two daughters, the first born in 2008 and the second born in 2010. Rogan is also a stepfather to his wife’s daughter from another relationship.

Speaking on a podcast episode from 2017, Joe explained how he feels about his children.

“It’s very hard to describe to someone the love that you experience between you and this tiny little person,” Joe explains. “You can’t love anybody any more. The love that I have for her is crazy. It’s so powerful.

“It [having kids] changes who you are. It 100 per cent changed me. It made me a completely different person.”

Unfortunately, there is no official figure for Joe Rogan’s net worth.

There are various websites which make claims to know Joe’s net worth. For example, wealthygorillia.com claims that Joe Rogan’s net worth is around $25m, but that figure is unconfirmed.

Joe has spoken about his diet in the past on episodes of his podcast. In a recent episode, he revealed that he does not eat many carbs and stays away from bread. 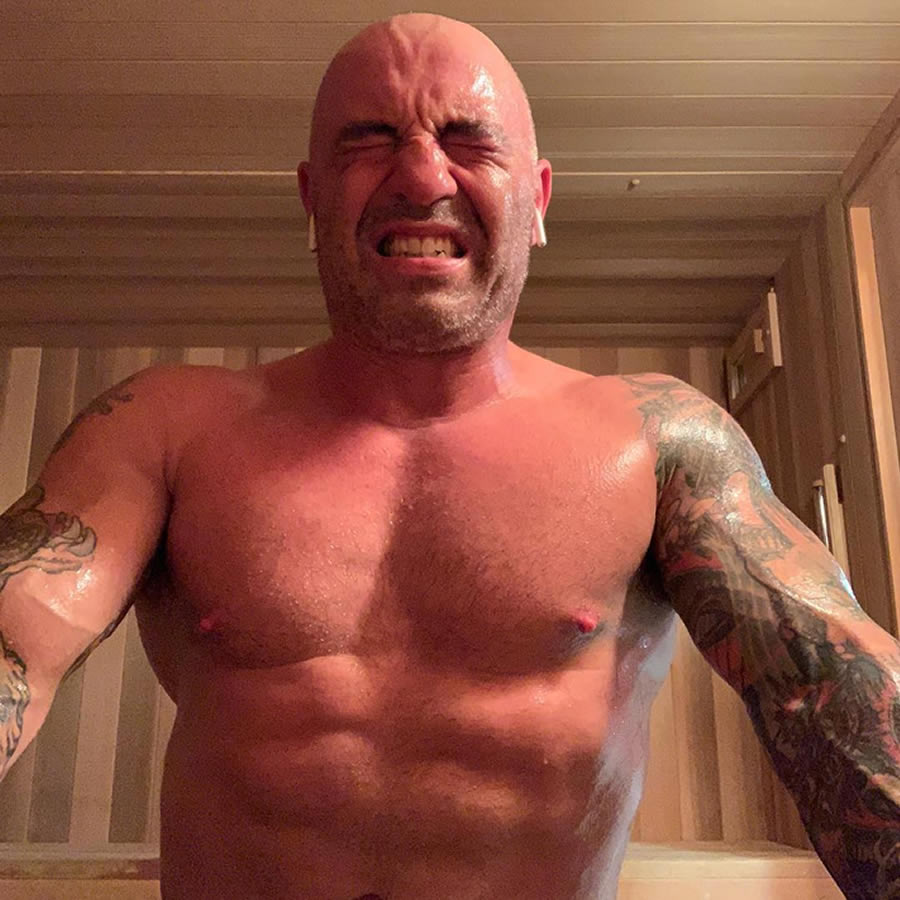 “The diet is pretty strict in terms of no bread, very few carbs, no sugar, no bullshit,” Joe explains. “Healthy food, a lot of vegetables and a lot of game meat, mostly wild game.

“I do everything that I can to put my body and my brain in a good place so I’m keeping my engine smooth.”

In terms of his training and workouts, Joe says that he likes to keep things simple. For example, he aims to lift weights three times a week, do Yoga twice a week and run twice a week.

“I schedule my workouts every Sunday,” he explains. “I schedule everything that I’m going to do during the week.

Joe is also a regular user of the sauna. He has posted on social media a number of times about his sauna use. In January 2019, he shared a picture of himself in the sauna on Instagram and wrote the caption: “Heat shock proteins released by the body during sauna sessions can actually increase muscle mass.

“These sessions reduce inflammation, lower stress and have several amazing benefits for your health. I just feel better when I do them regularly too.”

There are plenty of inspirational and motivational Joe Rogan quotes. Here are some of our favorites.

“Work for that feeling that you have accomplished something… Don’t waste your time on this earth without making a mark.”

“There’s a direct correlation between positive energy and positive results in the physical form.”

“If you ever start taking things too seriously, just remember that we are talking monkeys on an organic spaceship flying through the universe.”

“The key to happiness doesn’t lay in numbers in a bank account but in the way we make others feel and the way they make us feel.”

What Can We Learn from Joe Rogan?

Quite clearly, Joe’s story is an inspirational one.

After going through most of his childhood without his biological father around, Joe pursued a career in stand-up comedy.

He has transformed his passion for MMA into a career as a color commentator in UFC.

Joe has also shown an impressive knack for entrepreneurship in recent years, and his podcast is now one of the most popular ones on the planet.

We could do far worse than to look to Joe as an example of how to live a fulfilled and passionate life. 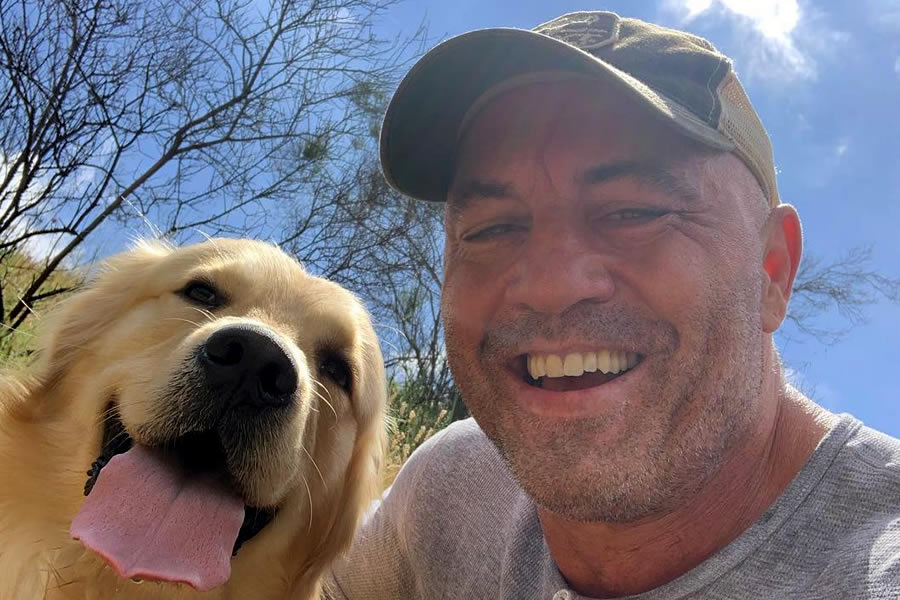 That brings us to the end of our Joe Rogan biography.

Joe’s story is an inspiring one and there are many things we can learn by following his example in pursuing a life of passion.

As well as a stand-up comedian, Joe has established himself as a leading figure in new media with the incredible success of his podcast.