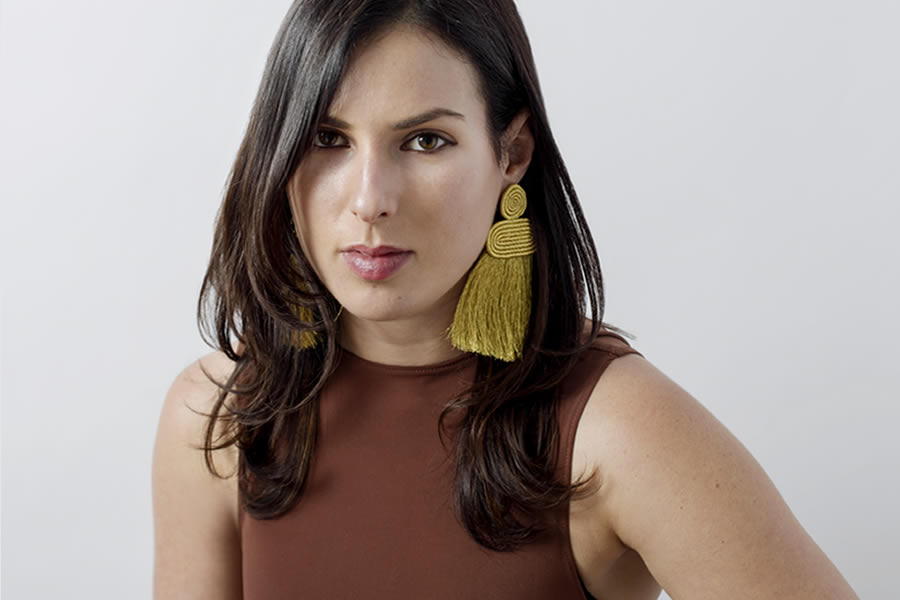 Jordan Ashley is the founder of Souljourn Yoga, a non-profit that raises awareness and funds for girls’ education in lesser economically developed countries.

Souljourn Yoga teams up with both local and international non-profits to create opportunities to explore, practice, and educate through yoga both on and off of the mat by offering workshops, teacher immersions, and global retreats.

The mission is to help to promote female empowerment and education in communities where equal opportunities aren’t always readily available.

We sat down with Jordan to learn a bit more about Souljourn Yoga and her own story.

I am originally from LA in California. I grew up with Yoga – my mom was a very avid practitioner and especially post my parents’ divorce, it was an activity that my mom and I would do together. It was a time and a place for us to bond and have time to be free, explore and play.

So from a very early age, I was exposed to Yoga. I was able to drop out of PE and do Yoga as an extracurricular activity. From growing up with it, and especially at university, it became very grounding for me to have a practice.

Then I ended up moving abroad and I lived in south-east Asia as a journalist. When I came back to New York and I was freelancing and teaching Yoga, I saw a big disconnect between the women and young girls abroad and the women in the classes. There was this level of anonymity – you don’t know the person’s story who’s next to you. It’s just like when you’re travelling – especially in lesser economically developed countries – you don’t necessarily know the stories of the people you’re engaging with.

So I wanted to take Yoga out of the studio and into the world and use it as a platform for social activism and women’s empowerment. I thought that the best way to do that was to combine my three passions of Yoga, Travel and Feminism.

To be able to create something where someone in New York or London could have the opportunity to go to a place where Yoga retreats are not traditionally held. Places like Cambodia or Rwanda – and especially places that are post-conflict.

We host global retreats all over the world. We include a $300-$500 tax-deductible donation that goes to our partner organisation – an organisation or an NGO in the country that we’re visiting.

It’s more of a cultural immersion than a retreat. We’ve done 13 so far and this is the fourth year that we’ve done Peru. I’ll be leaving in eight days to go to Rwanda and I’ll be leading our first teacher training. It’s an on-the-ground immersion with nine of the facilitators and staff of Komera, which is our partner organisation out in Rwanda.

How does a Souljourn Yoga retreat work?

For me, Yoga is this idea of union. So it doesn’t matter if you’ve done Yoga for one day, 100 days or a lifetime. To me, if you show up for one class or all of them, that isn’t what it’s about.

It’s about this idea of connectivity and being able to explore and travel to different places, while engaging with these young women and girls. And it’s also hopefully about opening up your mind and heart to why it’s so vital to support girls’ education.

Every country is a little bit different in that we don’t try to mirror the same experience. Cambodia is our most volunteer-heavy retreat – you will be volunteering six times, either at the school or at the girls’ dorm. Whereas, our other ones, such as our Morocco retreat with Education For All (EFA), there is one opportunity to make lunch with them.

We really like our participants to have some initiative if they want to bring anything to the table. In this past year, one of the women who came was a textile designer, and so she did this absolutely incredible natural dye workshop. She did a fundraising campaign to get book bags for the girls. It was tie-dying, and so when the bags were soaking, that’s when they did their Yoga practice.

We like people to have the experience of going a little bit deeper in terms of being able to connect with the country and the community that we’re visiting. 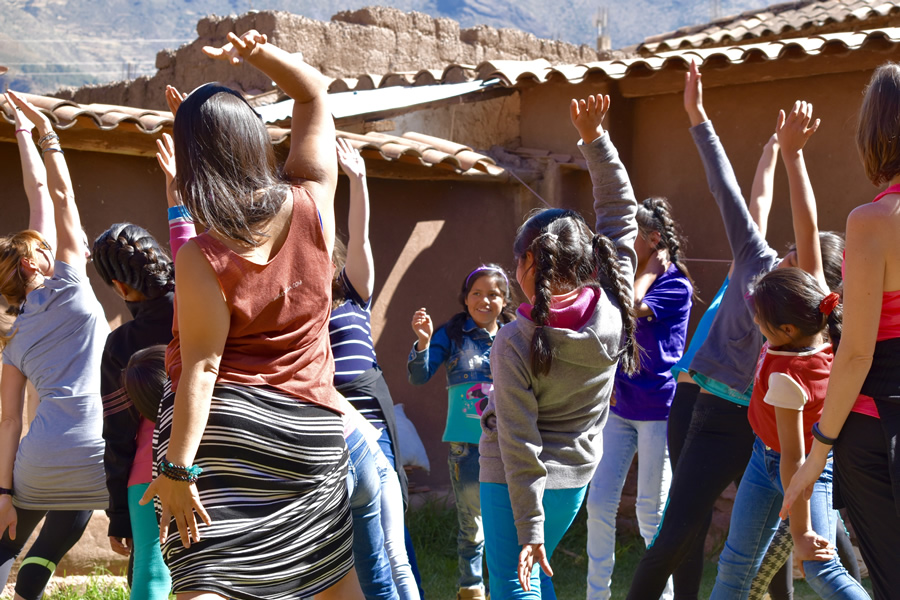 Why do you feel that girls’ education is such an important issue?

For me personally, I didn’t have to struggle with education. A lot of us in the West take our education for granted and the fact that it is handed to us. It’s just expected that you attend and get good marks.

Having that opportunity, and essentially winning the lottery of life, I feel that it’s my path to ensure that education is available to young women and girls who were born under different circumstances.

One statistic says that there are currently 130 million women out of school around the world. I think that’s an under-estimate, I think it’s far more than that.

It’s absolutely imperative for changing the world and promoting a spirit of equality that you empower 50 per cent of the population. When that 50 per cent is disenfranchised, that’s not equality.

One of my favorite expressions is that women’s rights are human rights.

I think that now, more so than over, it’s time men also get involved in the conversation just to ensure that we can continue to thrive as the human race can.

What would you say is the main driving force behind what you do?

I’ve always considered myself to be a feminist. Even when I was really little, maybe seven or eight, and learning about it in school in the US in terms of the 1920s and women getting the right to vote and the second wave in the 60s and 70s.

I’ve always wanted to use my voice in terms of bringing to light injustices. For me, it’s girls’ education. My mom, for instance, has a dog sanctuary in California, so her passion is animal activism and animal rights.

If you have the opportunity and the ability to be able to care about something outside of your own periphery… when I say ‘opportunity’ it’s that idea that if you’re food, shelter and safety and essentially your basic needs [are met] – which most of us engaging with this probably have that covered – then you have the ability to care for something that’s a little bit bigger or intangible. I think that’s the biggest practice in terms of expanding our own compassion.

How did you first discover Yoga? How did it help you personally?

The interesting thing about the Yoga practice is that you could be in a room full of 100 people but it’s still an individual experience in that you have your mat.

With that being said, it can also be very isolating because there can be that level of anonymity – you don’t know who’s practicing next to you.

For me, having both of those things – the time for individual self-expression and exploration, and juxtaposed with this idea of community and being able to actually engage with the people who are like-minded… 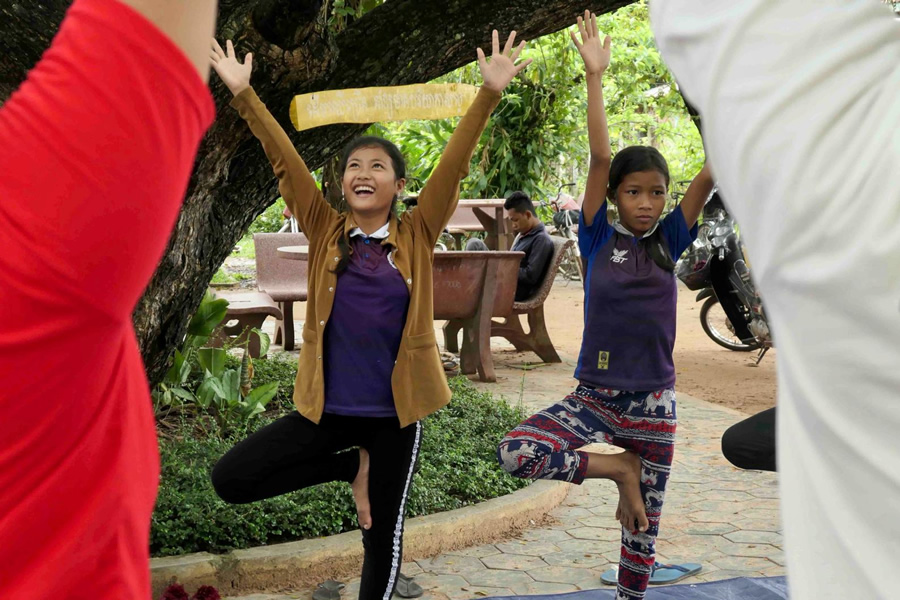 How important a role can things such as Yoga play in helping people improve their mental health?

For me, it’s been absolutely amazing for my own mental health and wellbeing. But it doesn’t necessarily have to be the physical practice. The physicality of Yoga is one of the eight limbs in terms of the Yogic Philosophy. It could be Karma Yoga, which is service. It could be having a meditation practice… there are different ways to find this union.

For different people, I think it’s a matter of finding what works for them.

It’s not a one-size-fits-all kind of model. But I think, if you’re open to it, absolutely try a Yoga class and try many, because there’s a different teacher for everyone as well.

There have been a few. I would say that one of the biggest ones has been knowing when to put the brakes on something. I’m someone who thinks that 24 hours in a day isn’t enough. And so since I’m executive director and founder, most of it falls on my shoulders in terms of projects being executed, programs happening or partnerships being created.

I’ve had to take a step back and know that every year is a little bit different in terms of not only where I am, but also where the foundation is. It’s about being more aware and conscious when planning retreats within the calendar year. 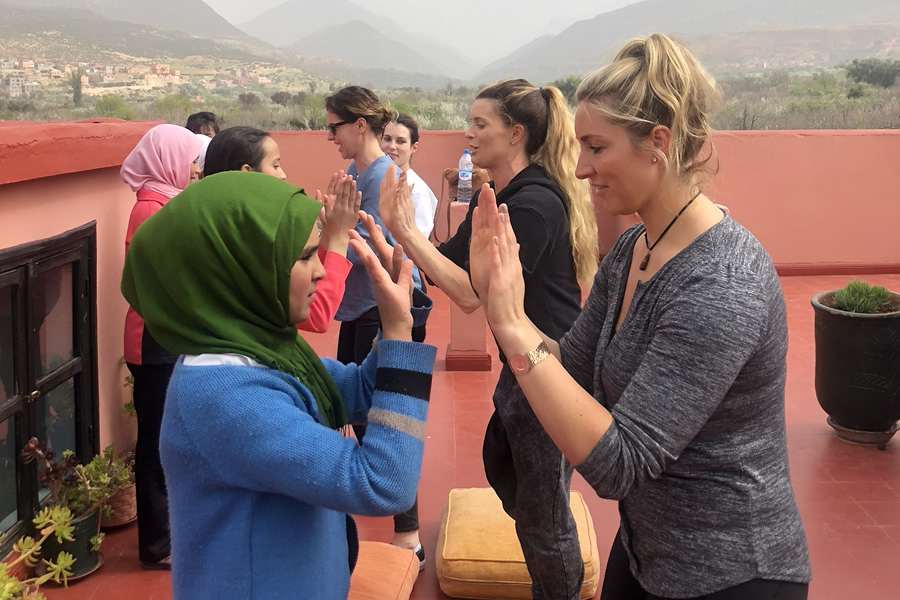 What advice would you give to your 18-year-old self, if you could go back knowing what you know now?

Not to take life so seriously!

Where’s the best place for someone to get involved with Souljourn?

If you’re a Yoga teacher and interested in leading a donation class, you can send us an email straight from the site.

If you want to do a bake sale, a dinner or get engaged in any other way, I’m always excited about that. As I said, there are many passions which can fall under this umbrella, it doesn’t necessarily have to be a physical Yoga class.

Or if someone wants to come on a retreat, we are currently booking for Cambodia and Cape Town for next year (2020).

Souljourn Yoga will be holding a morning of Yoga + Brunch to support girls’ education around the world in London on 27 July. You can also book your spot on upcoming retreats to Cape Town and Cambodia.