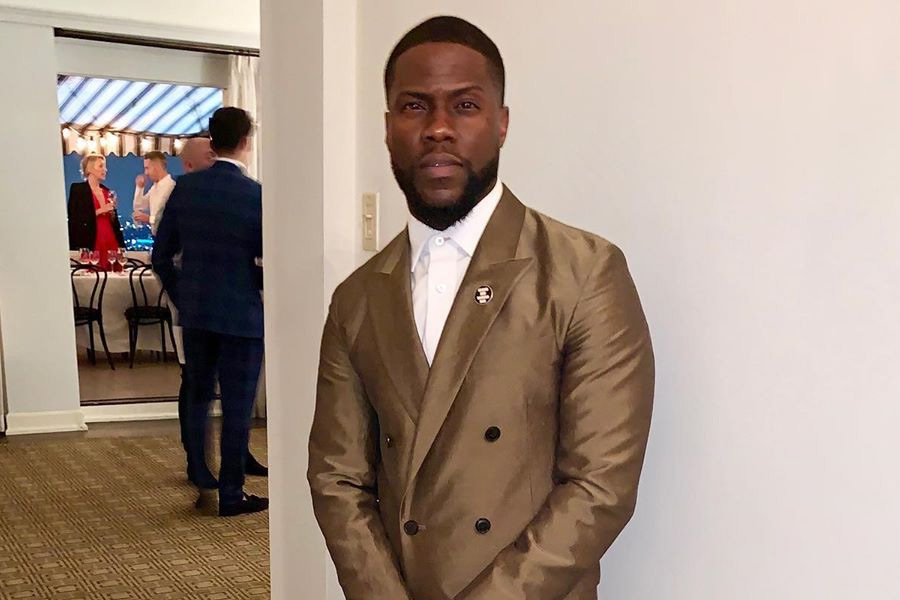 Is Kevin Hart vegan and does he follow a plant-based diet? This is one of the most commonly searched questions about the popular American comedian.

In this article, we’re going to take a detailed look at what Kevin Hart has revealed about his diet in the past, and whether he currently sticks to a plant-based nutrition plan or not.

We’re also going to delve a little deeper to see whether Kevin Hart sticks to a vegan lifestyle more generally, something which extends beyond diet.

Kevin Hart is one of the world’s most famous and respected stand-up comedians, and he is also an actor and producer.

He has a huge following of loyal fans, and so lots of people are interested in knowing what his diet and lifestyle choices are at present.

We’re going to take a look at whether Kevin Hart is vegan or not, and also take a closer look at his diet and nutrition plan to examine how he manages to keep himself fit and healthy.

So, with the introductions out of the way, let’s start taking a closer look at Kevin Hart and his successful career to date.

Who is Kevin Hart?

Kevin Hart is one of the world’s most famous stand-up comedians and actors.

The chances are that if you’ve landed on this page from an internet search, then you already know all about Kevin and his career – but let’s cover the main points here anyhow.

He was born and raised in Philadelphia, Pennsylvania, and he made his first real break in show-business when back in 2001, when he was cast by Judd Apatow for a recurring role on the television series Undeclared. 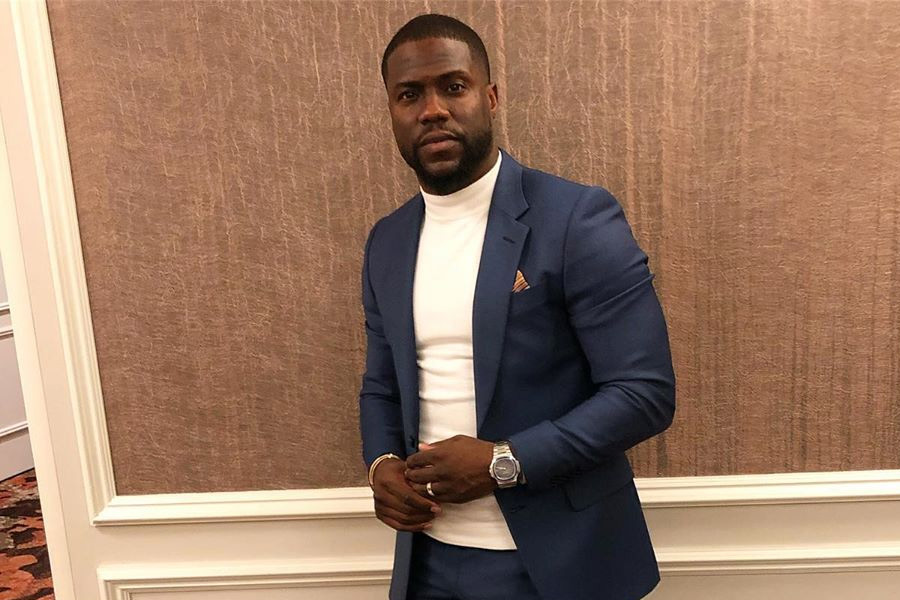 Kevin has won numerous awards during his career, including the People’s Choice Award for Comedy Act of 2018.

So, quite clearly Kevin’s story is an inspiring one that has attracted the attention of millions of people across the world. But what about his diet and lifestyle philosophy? Let’s now move on to the next important section of this article.

Although Kevin Hart does not identify himself as a ‘vegan’, he has been following a plant-based diet in recent years.

You probably already know that there are some differences when it comes to being ‘vegan’ and simply following a plant-based diet.

Being ‘vegan’ is more of a lifestyle choice, and it stretches beyond diet to include avoiding all animal products in every area of life, including clothing and other products.

So what has Kevin Hart said publicly about his diet in the past?

Well, in May 2019, he made the headlines for revealing that he would be starting to follow more of a plant-based diet.

Posting on his Instagram story to his millions of followers, Kevin revealed that he was going to “start eating better” and that he wanted to improve his nutrition game.

“I already eat good but now I’m going to get on this plant-based food kick,” Kevin said in the summer of 2019 on his personal Instagram story.

Hart then followed that up with another Instagram story with a Carl’s Jr. Beyond Star Beyond Burger in his lap that he said he was about to “devour.”

He then told his Los Angeles-based followers to head over to the fast food restaurant to try the burger, adding: “This plant-based movement is real.”

Speaking in an interview quoted by Men’s Health in February 2020, Hart gave a bit more of an insight into his philosophy when it comes to his nutrition.

He said: “I’m trying this whole plant-based thing for a minute. People out there: don’t be fooled by the plant-based diet and feel like you’ve got to get it all in one day. You’ve got to do it and make it work for you. Do I still have guilty pleasures? Of course.”

According to the same article in Men’s Health, Hart’s guilty pleasure is chicken, which is not exactly vegan-friendly!

So, you can probably see for yourself that Kevin Hart has been experimenting with a plant-based diet in recent years, even if he has stopped short of officially declaring himself a vegan.

He is not the first celebrity to start taking a more conscious approach to their diet, with many famous stars across the world opting for a vegan lifestyle or plant-based nutrition plan.

So, it’s fair to say that Kevin Hart may indeed follow a plant-based diet right now, if his posts on social media about this are anything to go by.

What Is Kevin Hart’s Diet?

Kevin has not revealed a whole great deal about his diet and nutrition over the years, apart from having recently confirmed that he is experimenting with a plant-based diet.

According to the article published in Men’s Health in 2020, Hart drinks lots of water and one of his guilty pleasures is eating plums. 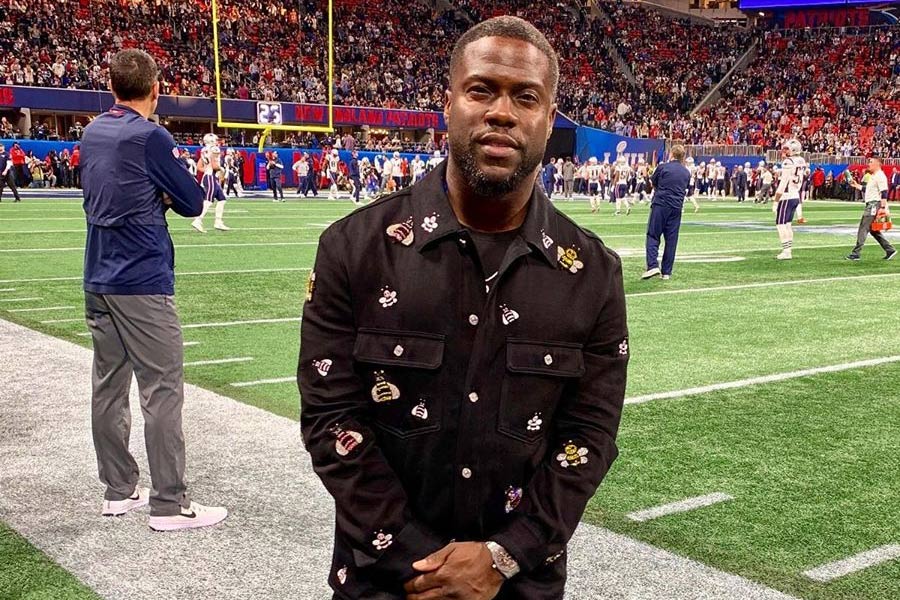 In another interview with People.com published before he started experimenting with a plant-based diet, Hart said: “I’m a healthy eater – brown rice, baked chicken, vegetables, salads.

“I’m not a foodie, so it’s not hard for me to stay in the healthy diet area. I’m a structure guy, so as long as it fits the structure, then I’m happy.”

Does Kevin Hart Have Any Other Lifestyle Secrets?

Kevin Hart is in great shape for his age and that is likely down to sticking to a great workout and fitness plan, and also making sure that he is getting enough quality sleep.

Speaking in an interview with Men’s Health, Kevin revealed that he prioritises exercise and finding a gym when he is travelling is extremely important to him.

“When we travel, the first priority is finding a gym,” Kevin said. “I can’t start the day without it.”

According to the same article, Kevin Hart’s workout plan and routine usually involved transitioning between cardio, weights, and core work.

It’s clear that hard work and dedication are two of the main factors behind Kevin Hart’s success over the years.

Keeping yourself in good shape requires sticking to a solid training regime and nutrition plan. It also means eating a healthy, balanced and varied diet, and also requires that you do the right things to support recovery such as getting enough quality sleep.

Many people often turn to nutrition and diet as the only aspect of health they focus on, but the truth is that it is only one of many aspects when it comes to a healthy lifestyle.

So, that brings us to the end of our article asking whether Kevin Hart is vegan or not.

We’ve walked you through what Kevin has said about his diet and nutrition plan in the past, and have also looked at some of the other aspects of his lifestyle.

As things stand, Kevin Hart has been experimenting with a plant-based diet, but he has not declared himself as an out-and-out vegan.