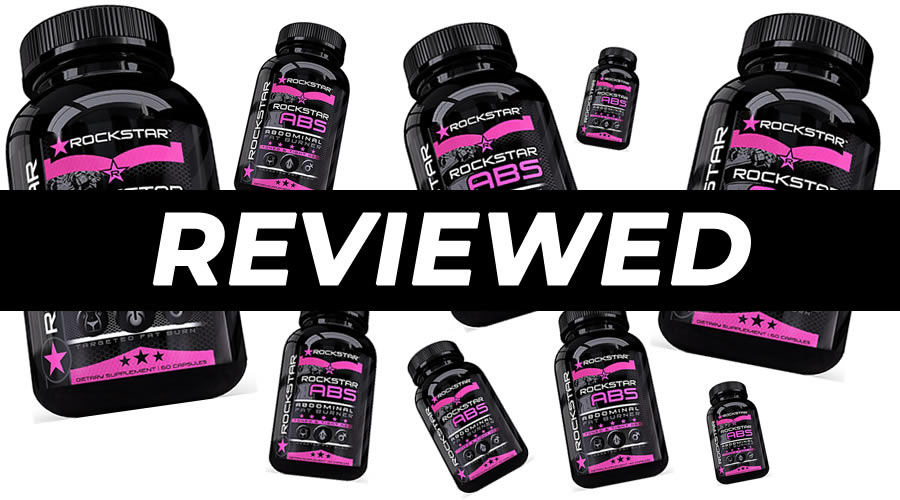 Rockstar Abs is a supplement for women which claims to help support you in achieving your goals.

It’s made by a company called Rockstar and is available to buy both on the official website and at other outlets such as Amazon.

We’re going to give Rockstar the benefit of the doubt here as we proceed to see whether this product can deliver on its claims or not.

The purpose of this Rockstar Abs review is for us to take a close look at this supplement to see whether it can back up its claims with the right ingredients or not.

Let’s start by delving a little bit deeper to find out about this particular supplement.

Rockstar Abs is targeted at women and is marketed as a ‘diet pill’ which will help you on your journey.

We are always intrigued by supplements that are specifically marketed towards one gender, as we’ve found that the ingredients formulas usually don’t differ that much to gender-neutral products.

According to the official marketing material on the Amazon product listing, Rockstar Abs will help you to hit your goals.

It also promises to help you in other ways as well.

The good news is that Rockstar also offer a 30-day money-back guarantee, claiming that Rockstar Abs is the “most powerful” diet pill available to women.

So, now it’s time to take a close look at the ingredients formula to see whether this product can live up to its own hype or not.

Let’s begin this part by looking at the full ingredients label of Rockstar Abs. 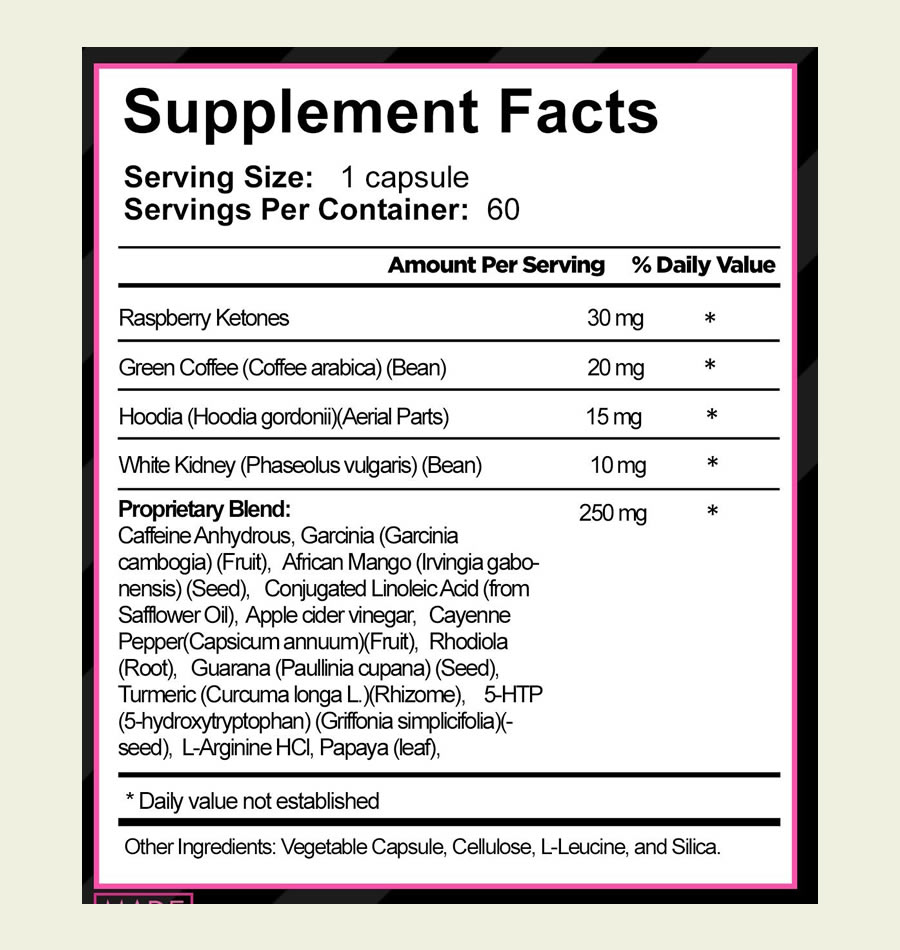 The Rockstar Abs formula contains a proprietary blend, which is not good

The first thing we noticed which was disappointing was the fact that Rockstar have chosen to use a proprietary blend in their formula. This isn’t good, because it means that we don’t know the doses of the individual ingredients, which makes it practically impossible to judge effectiveness.

The best five supplements on the market do not use proprietary blends and that means that they have a completely transparent formula.

• Raspberry Ketones – This is an extract which comes from the skin of raspberries. It’s believed to help with certain things and is found in our current top rated female focused supplement Leanbean.

• Hoodia – We’ve not come across this ingredient too often in many supplements before. It’s a plant extract which has been linked to some benefits, but there are some other far more effective ingredients out there than this.

• White Kidney Bean – This ingredient is known for having some benefits. However, we are not totally convinced by it and we would have preferred to have seen something better used in its place.

• Caffeine Anhydrous – A solid ingredient for any supplement in this category. Caffeine is a great inclusion and you probably know all about its benefits already. We were pleased to find it in the Rockstar Abs formula.

• Garcinia Cambogia – Another ingredient which can help to boost certain things. It’s an extract from a tropical fruit and is commonly found in supplements in this category.

• African Mango – An extract which comes from the seed of a West African fruit called Irvingia gabonensis. Some people claim that it is a miracle ingredient, but there isn’t much science to back it up. Once again, we’d have preferred to see a more established ingredient used in its place.

• Cayenne Pepper – One of the best ingredients for a product like this. Most of the leading supplements contain at least some Cayenne, so we were pleased to find it in Rockstar Abs.

• Apple Cider Vinegar – We’ve seen this ingredient used a bit more often in this type of supplements recently, even though we don’t rate it as one of the best ingredients. It’s been claimed that Apple Cider Vinegar can indeed help with certain things, but there needs to be more scientific research done to prove this.

• Guarana – Another stimulant to go alongside the Caffeine. Guarana will work in much the same way as Caffeine. It’s probably unnecessary to use it alongside Caffeine in the same supplement though.

• Turmeric – Another ingredient found in Leanbean. It’s a solid inclusion in a female-only supplement. Many of the top products we’ve come across recently contain at least some Turmeric.

• 5-HTP – This is believed to be a precursor to the neurotransmitter Serotonin. It’s also been linked to certain benefits, but again, we feel that something better could have been used in its place.

Rockstar Abs definitely over-does it on the ingredients. We think that it simply has too many substances inside its formula for it to be properly effective, and worse still, most of the ingredients are hidden in a proprietary blend, so we don’t even know the doses.

The main omissions from this supplement in our opinion were:

You can see our guide to the leading five supplements on the market right now by clicking on the link shown below.

We did a little digging online to find out what people are saying about Rockstar Abs.

At the time of writing, it had just eight reviews on Amazon, with an average rating of 3.3 out of 5 stars, which isn’t exactly brilliant.

One person rated it five stars and said that it greatly helped to reduce their harmful cravings and made sticking to their diet much easier.

However, there were also some negative Rockstar Abs Reviews, with one person saying that they had to throw the product out because the pills were all stuck together.

Someone else simply said that the supplement didn’t work for them at all.

The main side effects from supplements like this are the overuse of stimulants such as Caffeine.

That could well be a problem with Rockstar Abs, because we don’t know the dose of Caffeine Anhydrous due to the use of the proprietary blend.

Too much Caffeine can bring about side effects such as energy crashes or the jitters – and no one wants those.

We do also recommend speaking to your doctor before think about using any new supplement of the first time.

No. Rockstar Abs does use a few decent ingredients, but there is nothing to suggest that this can rival the leading five supplements on the market right now.

The use of a proprietary blend is very disappointing, and we were pretty disappointed by the ingredients formula.

Remember that you can check out our updated guide to the leading five supplements on the market right now via the link shown below.

As we always say when it comes to supplements of any type, you should make sure that your diet and training regime is on point first before trying any new products.

What many people forget is that supplements are supposed to be an addition to your existing regime – they do not work on their own.

That being said, if you are already training hard and eating right, then picking a quality supplement can help to support your goals.

Just don’t expect a supplement to do all of the hard work for you.

So, that brings us to the end of our Rockstar Abs review. Overall, we found this product to be pretty disappointing.

The ingredients formula uses a proprietary blend, and lots of our top rated substances were not included.

Simply put, we think that there are some far better options on the market right now when it comes to supplements for women.