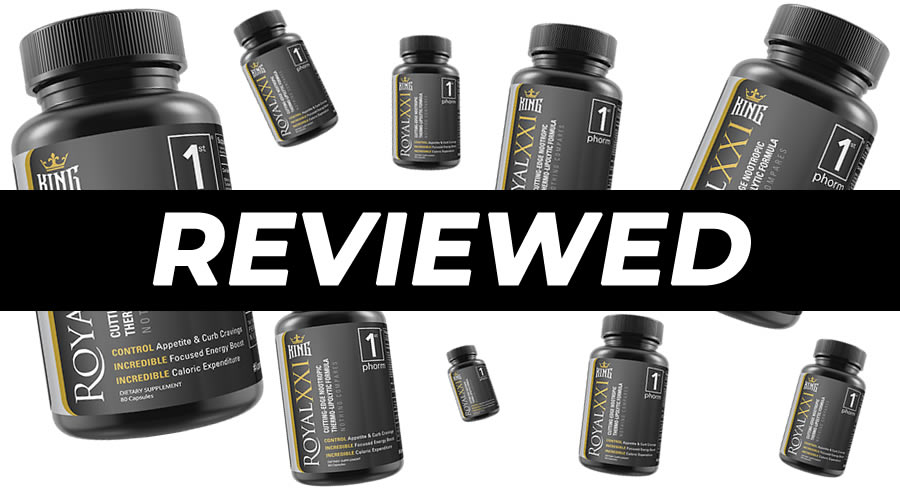 Royal 21 King by 1st Phorm is a premium supplement that promises to help support you on your fitness journey.

We all know that dieting and cutting calories can sometimes leave us feeling miserable, so a product which has been designed to help support your body goals sounds very appealing indeed.

We’ve heard a lot about Royal 21 King on various review sites and social media, so we wanted to take a close look at it ourselves.

1st Phorm as a company describe themselves as the “premier supplement line” in the health and fitness industry.

They have quite a lot of products, including multi-vitamins, pre workouts and protein powders.

The aim of this Royal 21 King review is for us to take a close look at this supplement from all angles to see where it stands in comparison to the leading so-called ‘fat burner’ products on the market right now.

We’re going to pay particular attention to the ingredients, doses, customer reviews and safety to determine whether this is a supplement you should consider trying, or if your money would be better spent elsewhere.

The manufacturers do not hold back when it comes to making claims about this product.

1st Phorm say that they’ve formulated this supplement using the latest “scientifically researched and powerful ingredients” to help you on your journey.

It’s also described as an “advanced” product to help support you on your journey.

The marketing material says that Royal 21 King will work in multiple ways as you look to hit your goals this year.

We always favor supplements that offer a multi-action approach. The best products tend to work in multiple ways.

Now it’s time to take a close look at Royal 21 King’s ingredients formula to see whether this supplement can live up to the marketing hype or not.

Let’s start by looking at the full ingredients label to see exactly what’s in it. 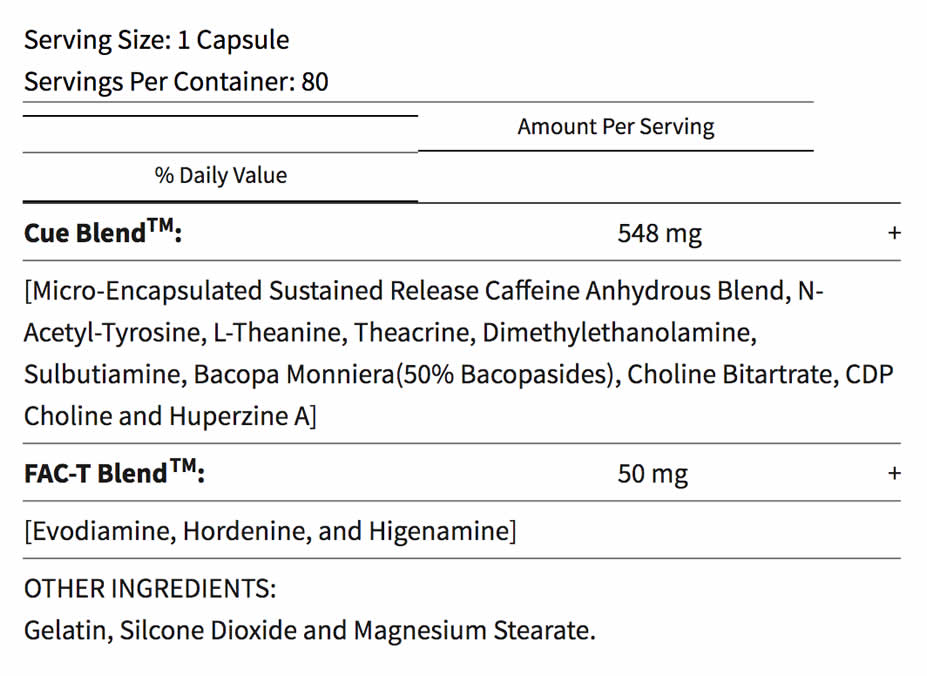 It’s very disappointing that 1st Phorm have chosen to use a proprietary blend here. It means that although we do know the ingredients in used in the supplement, we don’t know the exact doses, which makes it practically impossible to judge the true effectiveness of the product.

We think that proprietary blends are one of the biggest scams in the supplements industry. There should be no reason why a manufacturer should not share the full ingredients list transparently with their customers.

• Caffeine Anhydrous – This is a good ingredient for any supplement. Caffeine is a widely-researched ingredient which you probably already know all about – and it’s a good inclusion in the Royal 21 King formula. Anhydrous is also one of the purest forms of Caffeine.

• N-Acetyl-Tyrosine – An amino acid compound which is believed to help with certain things. It’s sometimes found in pre workout supplements but we have not come across it in too many other supplements before, if we’re honest.

• L-Theanine – This is an amino acid extracted from tea leaves. We particularly like it when it’s combined with Caffeine in the same supplement. It’s a decent inclusion in the Royal 21 King formula.

• Theacrine – Another stimulant ingredient. The problem here is that we don’t know how much Caffeine or Theacrine is in the supplement, meaning that the risk of side effects could be notable.

• Dimethylethanolamine – This is an interesting inclusion. We’ve not found it in any of the supplements we’ve reviewed before. It is supposed to provide benefits for certain things, but we’re not too sure what it’s doing in this particular supplement if we’re being honest.

• Sulbutiamine – It’s a synthetic derivative of Vitamin B1, which doesn’t have much scientific evidence behind it. There are some claims online – but we’d have preferred to have seen a natural and proven ingredient used in its place.

• Bacopa Monnieri – A herb native to the wetlands of world which is believed to bring about a number of benefits. However, we have not found it in many of the supplements in this category before and we’re not convinced by its inclusion here.

• Choline Bitartrate – Choline is part of the B-Complex vitamin family and is an essential nutrient which contributes to normal fat metabolism in the body, among other things.

• CDP Choline – A nootropic compound that is believed to convert to both choline and cytidine upon ingestion. Again, we’re not too sure what it’s doing in the Royal 21 King formula.

• Huperzine A – An alkaloid extracted from a plant called club moss, which is believed to help with certain things. Yes, it’s yet another nootropic ingredient in Royal 21 King.

• Evodiamine – A chemical extracted from the Tetradium genus of plants. There have been studies to suggest that it could help with certain things in animals, but human-based trials and evidence is limited at best.

• Hordenine – Another ingredient which has been touted as having both some positive properties. Once again though, the evidence is limited and we are not really convinced.

• Higenamine – This is an ingredient extracted from the Nandina plant. It is claimed to help with certain things, but the evidence to back this up is pretty limited.

Well, that was a pretty exhaustive ingredients list with lots of long and complicated-sounding words in it, wasn’t it?

We have to question whether 1st Phorm were trying to formulate a nootropic or something else when designing this supplement.

The lack of many of our favorite ingredients in this supplement is pretty surprising to us.

For example, it doesn’t contain a single one of our favorite ingredients below:

The lack of most of our favorite ingredients in this supplement really begs the question about the true quality of this product, and the use of a proprietary blend just makes it all worse.

To say we were disappointed is an understatement.

At the time of writing this review, Royal 21 King is only available directly on the official 1st Phorm website.

This makes it tricky to find genuine reviews of this product. It was mentioned on a few other review sites but nothing really stood out.

At the time of writing, it had 49 reviews on the official website. They all seem to be pretty positive, but it’s not clear whether 1st Phorm censor or edit the reviews that appear on the official site or not.

The problem here is the proprietary blend. Because Royal 21 King contains three stimulants (Caffeine, Dimethylethanolamine and Theacrine), there is the potential for it being a bit too strong for some people.

We don’t know the doses because of the proprietary blend, and the overuse of stimulants such as Caffeine can bring about nasty side effects such as the jitters and energy crashes.

As always, we also do recommend that you do your own research into the each of the ingredients yourself before taking any new supplement for the first time.

We also recommend speaking to your doctor before thinking about taking any new supplement for the first time.

Not in our opinion. Royal 21 King promised much but it didn’t deliver because of its use of a proprietary blend and the bizarre decision to focus on uncommon ingredients.

You can see our guide to the top five supplements on the market right now via the link below.

Whether you choose the best product on the market or not, you should still never expect unrealistic results from your supplement.

These are products which have been specifically designed to be combined with a healthy lifestyle – that means eating right, exercising regularly and getting plenty of rest.

If you’ve already got the important points sorted, then adding a good supplement can help to support you on your journey.

That wraps up our Royal 21 King review. Overall, we were disappointed by this product.

1st Phorm seem to have geared this product more towards being a nootropic supplement rather than anything else, which wouldn’t be a problem if it wasn’t marketed as something else.

Simply put, we think that there are plenty of other better supplements in this category on the market right now.