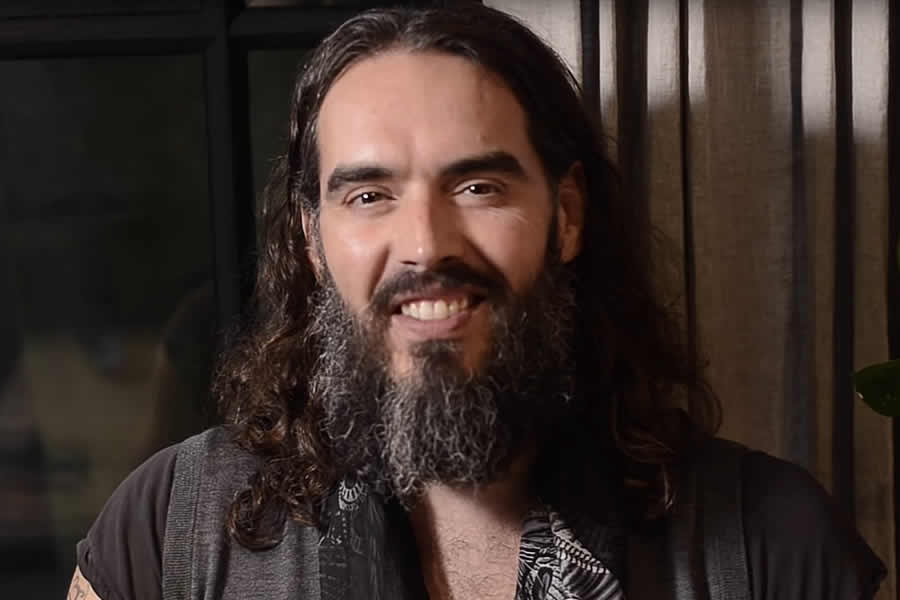 He began his career as a stand-up comedian and has gone on to star in several Hollywood movies, including Forgetting Sarah Marshall and Get Him To The Greek.

More recently, he has been presenting his own podcast called Under The Skin with Russell Brand, in which he interviews guests from the world of academia, popular culture and the arts.

Russell has been very open about his struggles with drug addition in the past and the subsequent rehabilitation process.

He published a book called Recovery: Freedom from Our Addictions in September 2017 in which he offers a detailed guide on helping people to deal with their addictions.

Russell’s story is a fascinating and inspiring one. But how did his journey start and what can we learn from him?

This in-depth Russell Brand biography is going to take a close look at his life and some of the lessons we all could take from his journey.

Who is Russell Brand?

Russell Brand is an English comedian, actor, podcast host and author. He was born on 4 June 1975 in Grays, Essex, England.

You may know Russell from his appearance in a number of Hollywood movies, or perhaps you’re a fan of his stand-up comedy shows.

Russell Brand was born on 4 June 1975 in Grays, Essex, England. He is the only child of Barbara Elizabeth and photographer Ronald Henry Brand.

His parents separated when he was still a baby, and he was raised by his mother.

Russell’s mother suffered from cancer three times while he was growing up and he lived with relatives at times when she was undergoing treatment.

By his own admission, Russell had something of a difficult childhood and teenage years. He struggled with teenage bulimia and battled with addictions to drugs at various points in his past.

According to Wikipedia, Russell was accepted to the Italia Conti Academy in 1991 and had his first year of tuition funded by Essex County Council. However, he did not complete his course at the Academy.

Russell’s career in stand-up comedy really started to take off in the early 2000s. He came fourth at the Hackney Empire New Act of the Year final in 2000 – and his performance attracted the attention of comedy agent Nigel Klarfeld.

His first television presenting role came in 2000, when he was hired as a video journalist on MTV. Russell was sacked by MTV in 2001. 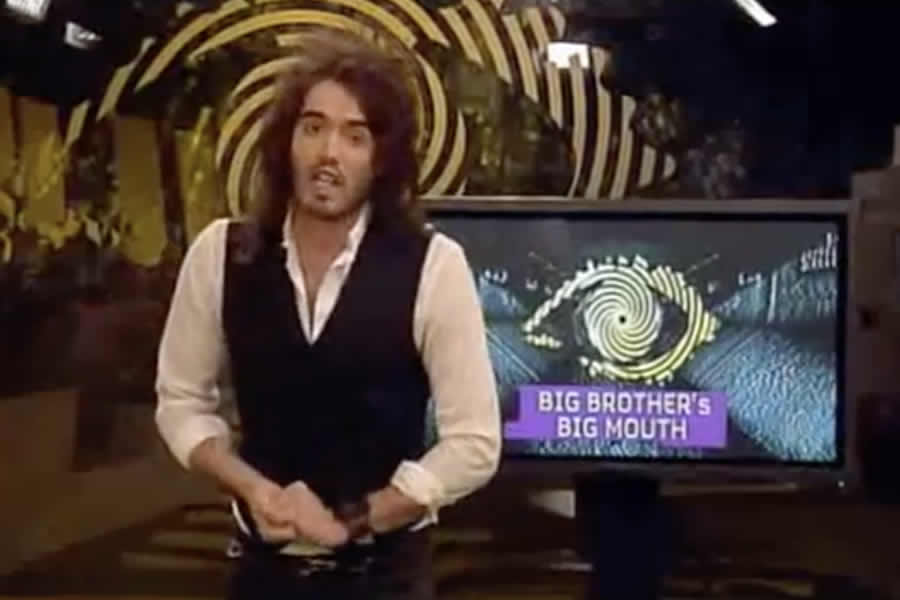 He achieved American fame in 2008, when he starred in Forgetting Sarah Marshall, in which he played rock star Aldous Snow.

He then readopted the role of Aldous Snow for a comedy called Get Him to the Greek, co-starring Jonah Hill, which was released in 2010.

Russell married singer Katy Perry in 2010 after they met in mid-2009, when she filmed a cameo for Get Him to the Greek, although the cameo was cut from the film. However, the couple divorced in July 2012.

He was also reported to have dated Jemima Khan, the daughter of financier James Goldsmith, between 2013 and 2014.

Russell has also got involved with political activism at times during his career.

For example, in April 2012, Brand testified in front of a parliamentary committee about drug addiction. At the time, he said: “I’m not a legal expert. I’m saying that, to a drug addict, the legal aspect is irrelevant.

“If you need to get drugs, you will. The criminal and legal status, I think, sends the wrong message. Being arrested isn’t a lesson, it’s just an administrative blip.”

In 2013, Jeremy Paxman interviewed Russell on Newsnight, in which he criticised the British political system.

In the interview, he was asked what a revolution would look like, and he replied: “A socialist egalitarian system based on the massive redistribution of wealth, [with] heavy taxation of corporations…

“I think the very concept of profit should be hugely reduced…I say profit is a filthy word, because wherever there is a profit there is also a deficit.” 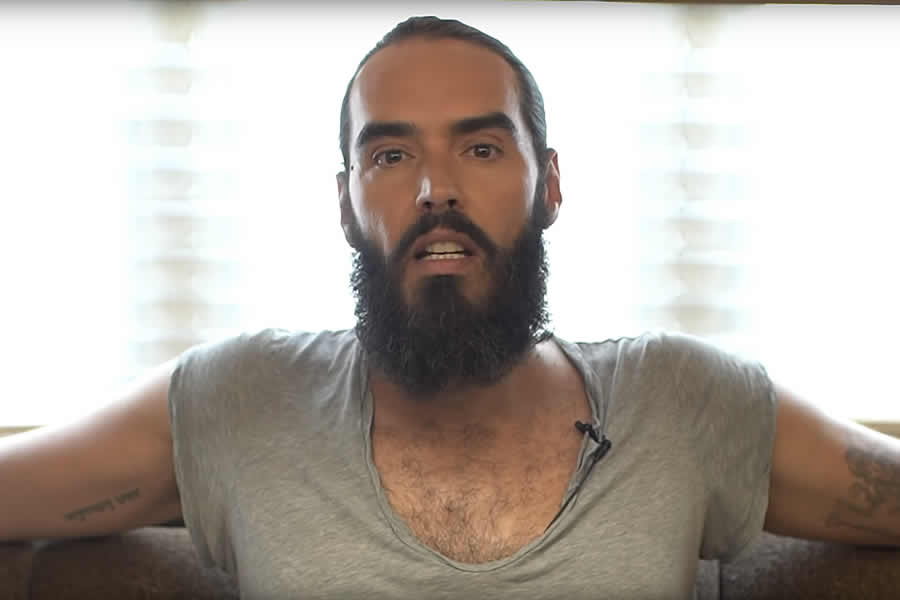 In an interview in 2017, Russell reflected on his ventures into politics, saying: “When I got into that politics game I made some mistakes because I’m a very egotistical man.

“Now I want to make sure that I do things with the right intention, to help people improve their own lives.”

Since 2015, Russell has been in a relationship with Scottish lifestyle blogger Laura Gallacher, who is the sister of Sky Sports presenter Kirsty Gallacher.

Russell has been married to Laura since August 2017, and the couple have two daughters together.

Russell has written a number of books during his career.

In 2018, Russell shared a photo on social media of himself and his mother after Barbara was involved in a near-fatal car crash in April 2018.

It’s quite clear that Russell’s life story is an intriguing one.

Russell has been brilliantly open about his struggles with addiction and other issues from the earlier stages of his life. 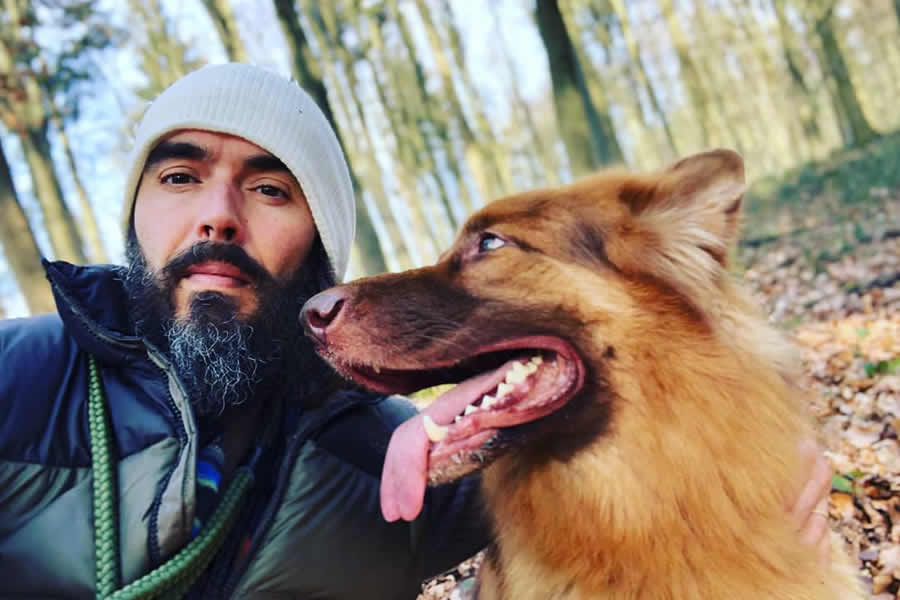 Among other positive things, Russell has been sober from drugs and alcohol since 2002, after having struggled with addiction earlier in life.

It would seem that he has firmly focused on improving certain aspects of his personality in recent years, and that is reflected in the way he presents himself in his Podcast, Under The Skin, which launched in 2015.

There is plenty we could learn from Russell’s story and the way he has been able to overcome various struggles from his formative years. 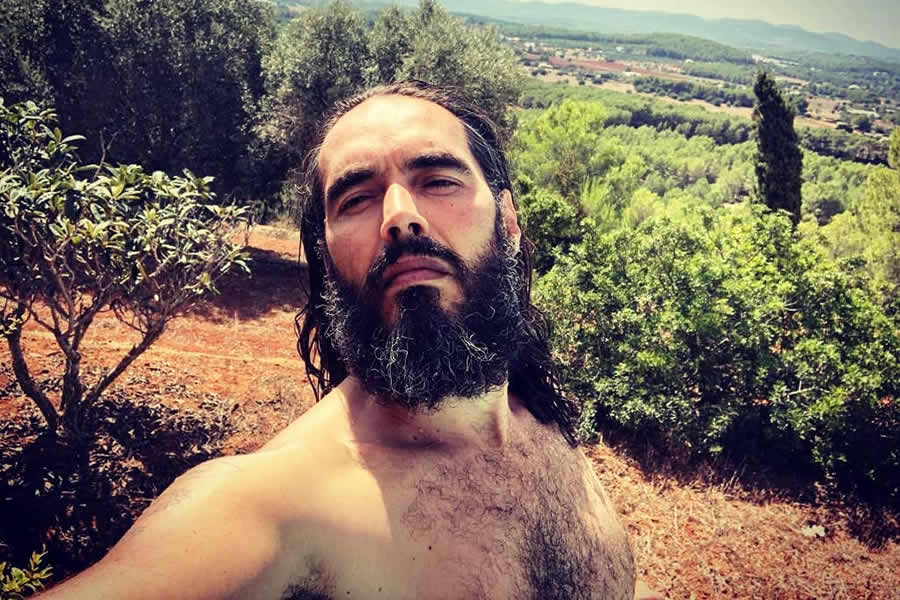 Russell Brand’s wife is Laura Gallacher. They have been married since tying the knot in August 2017.

Laura is the daughter of golfer Bernard Gallacher and sister of TV presenter Kirsty. She has two siblings, Kirsty and Jamie.

Laura runs her own fashion brand called The Joy Journal, which sells Dungarees. 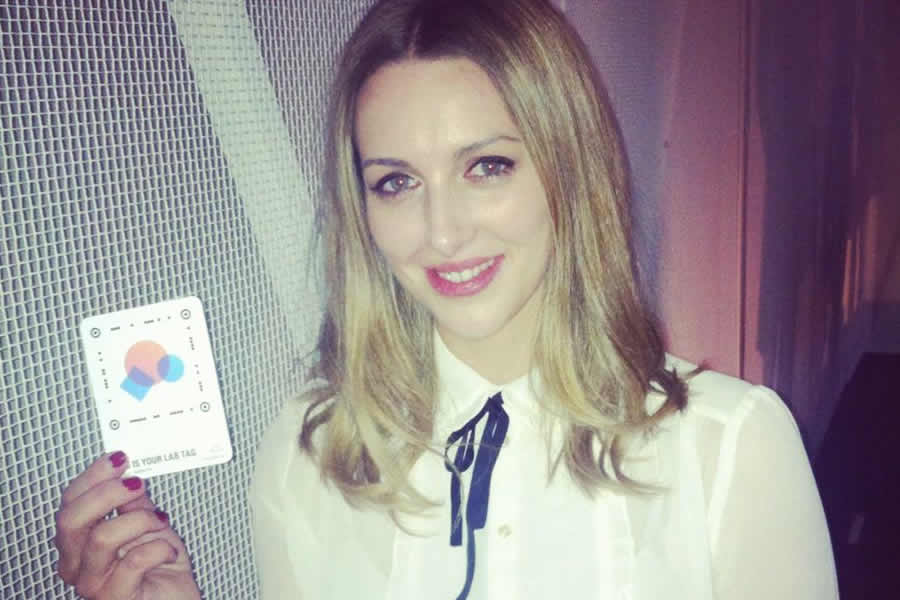 The couple like to keep their private life behind closed doors as much as possible.

Russell Brand launched his own podcast called The Russell Brand Podcast on 25 February 2015, through audioBoom.

In 2017, he launched a new podcast called Under the Skin with Russell Brand, which was available on most of the popular music streaming services.

In it, he interviews guests from the world of academia, popular culture and the arts. Previous guests on his podcast include Jordan Peterson, Jay Shetty and Tony Robbins. 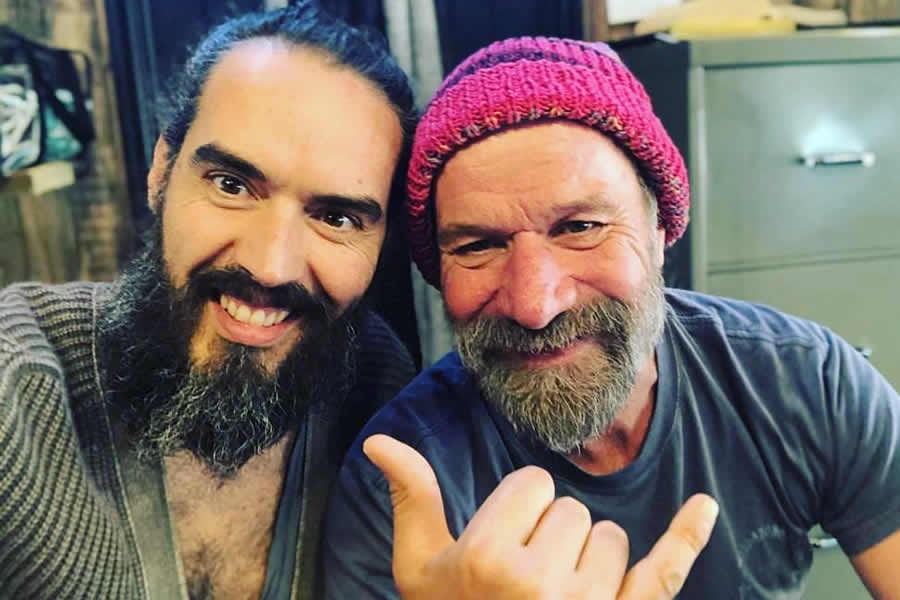 In 2019, it was announced that his podcast was moving to the new Luminary platform.

Unfortunately, there is no official figure for Russell Brand’s net worth. However, there are various websites online that claim to know the figure.

For example, Spear’s magazine claims that Russell Brand’s net worth is around £10m, although this number is not confirmed.

In an article published in March 2019, the Daily Express website also quoted the £10m net worth figure for Russell Brand. 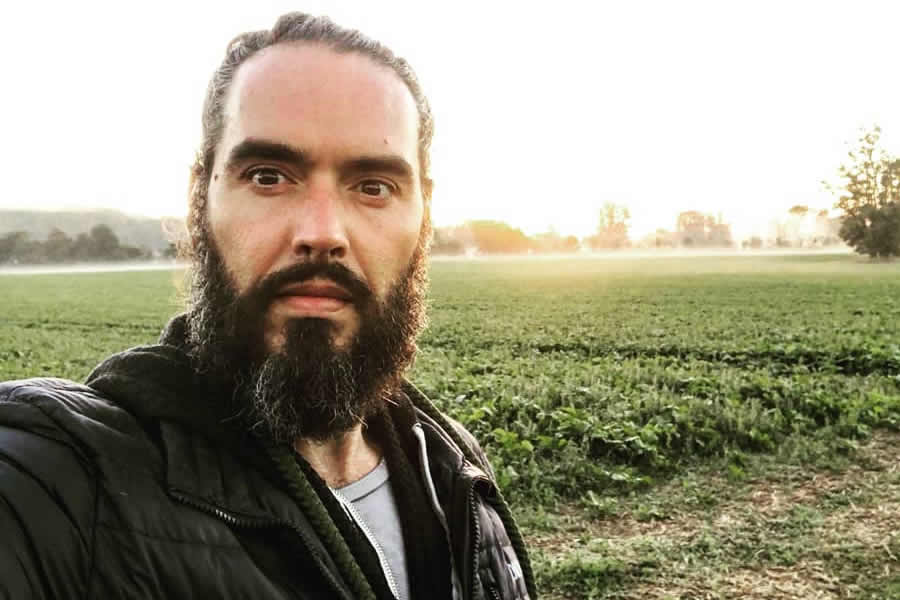 According to wealthygorilla.com, Russell Brand’s net worth is believed to be around $15m.

Quite clearly though, there is no official figure for his net worth, and these numbers are probably just educated estimates.

What Can We Learn from Russell Brand?

Quite clearly, there is a lot we can learn from Russell Brand and his life story.

He has had to deal with adversity in his childhood, with his parents having separated while he was still a baby.

Russell also had to deal with other challenges during his early life, with his mother Barbara having suffered from cancer numerous times.

After having struggled with addictions to drugs and other problems, Russell has been clean since 2002. 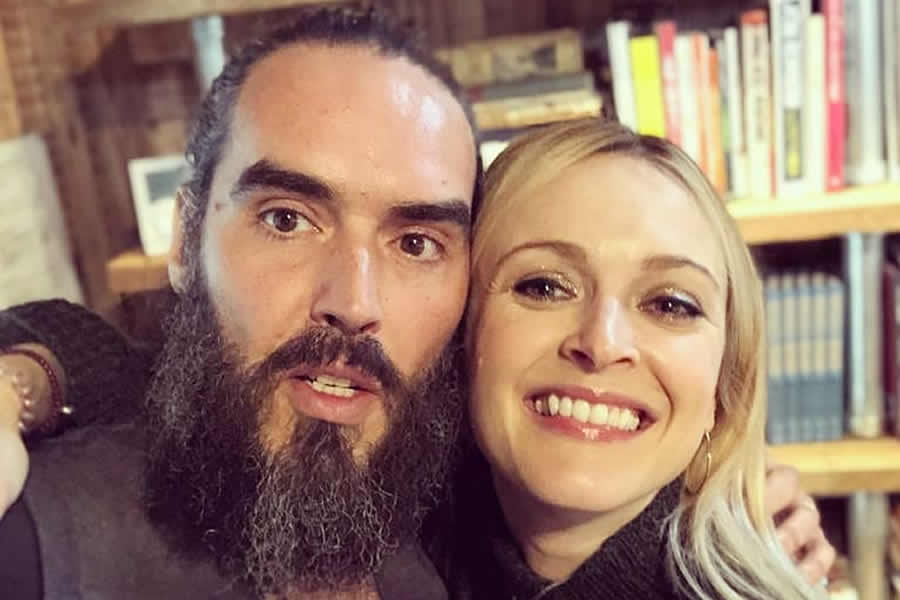 He appears to have adopted a more spiritual outlook in recent years and that is often reflected in the topics discussed in his podcast with guests.

Over the years, Russell has clearly shown a healthy ability for personal self-reflection, and he seems to have emerged from difficult periods having learnt the lessons of the past.

We could do far worse than to look at the way Russell has been able to deal with his addictions using the 12-step method, and how that may even apply to other areas of our lives, not just with addictions to substances.

So, here we are at the end of our Russell Brand biography.

Russell has lived an incredibly interesting life and he seems to have undergone various transformations over the years.

He has managed to overcome struggles with addiction to substances and other things – and he now seems much more settled in a family life with his wife Laura and their two daughters.

We could do far worse than look at the way Russell has been able to transcend his problems and move forward over the years.