Sammy Rubin on Balancing Health with Entrepreneurship and Walking for Wellness 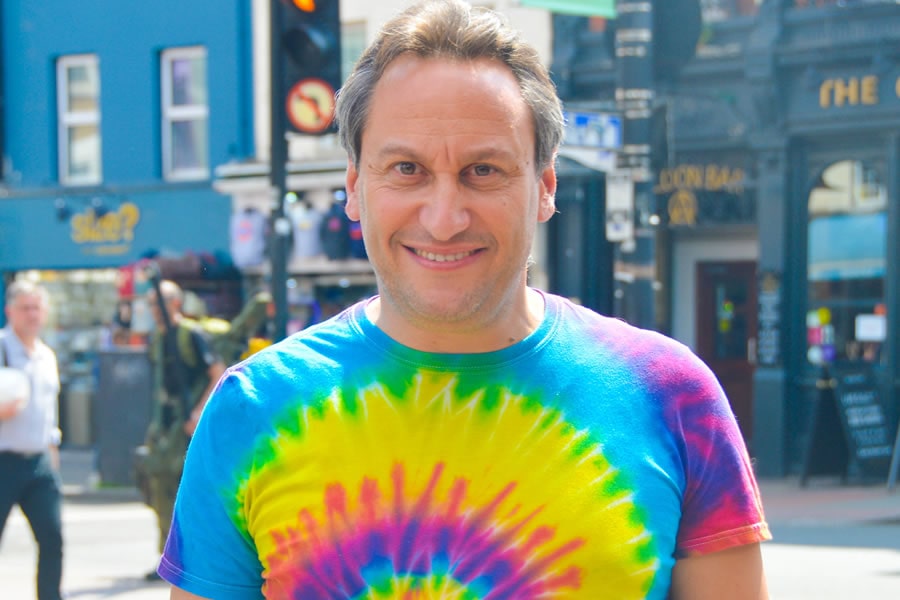 Sammy Rubin is the founder and CEO of yulife, an exciting new company that’s putting wellness at the forefront of life insurance.

In this interview, which was filmed in a mountain-style cabin behind yulife’s HQ in Shoreditch, Sammy explains how he first got started in the insurance industry with his late father.

He also reveals how the idea for yulife came about and how taking some time away from the business world during a six-month sabbatical was one of the most important things he has done on his entrepreneurial journey.

Sammy also gives us some of his top tips for balancing entrepreneurship with good wellness practices and reveals what the future holds for yulife.

It was great to speak to Sammy and I hope you enjoy the interview as much as I did.

Sammy, thanks very much for taking the time to speak to Human Window. Could you tell us a bit about your journey up until this point on a personal level?

I started my first business with my late father when I was 21. I was at university and cut my degree short, embarking on a new venture from my dining room table.

It was a niche market in the insurance industry and we grew it from my house. We took on an employee and realised that we needed an office, then another office. Thankfully it expanded very quickly and within five years we floated it on the London Stock Exchange. At the time, I was the youngest director of a financial public company.

I was the CEO of this growing business, I was young and I was happy and successful in one way, but it reached the point where the business grew to a point where I myself wasn’t so happy. I found myself disconnected from who I was and what I wanted in my life.

So I decided to take a six-month sabbatical. I embarked myself on a journey and was seeking technology that would rejuvenate me – my mind, body and spirit.

My wife, who wasn’t my wife back then, was running a wellness centre in Arizona and I spent some time there. I spent time in the Galilee and learnt about meditation, lifestyle changes… very simple things to change my life around.

I came back and decided to sell my business. Then I decided I wanted to build a new type of business that would merge together financial and wellbeing. I became the founder and CEO of PruProtect, which is now known as VitalityLife and is one of largest life insurance companies in the UK.

Now I’m beginning yulife. We came up with the idea about four years ago. It’s really about taking wellbeing and financial services to a whole new level, and we’re really excited now to be talking from the yulife offices.

What were some of the things you learned when you took a step back during your sabbatical?

I think I had got so busy in the world, in my own success and just the acceleration of doing, doing, doing, that I’d actually lost touch with myself.

I think part of the sabbatical was just spending time by myself – alone time. I think often we’re missing that.

Just the idea of getting to know myself, travelling, exploring… and working out who am I? What is important to me? Not what is expected from me in terms of my family, my community – but what really are my deeper drives? What is my soul saying to me? 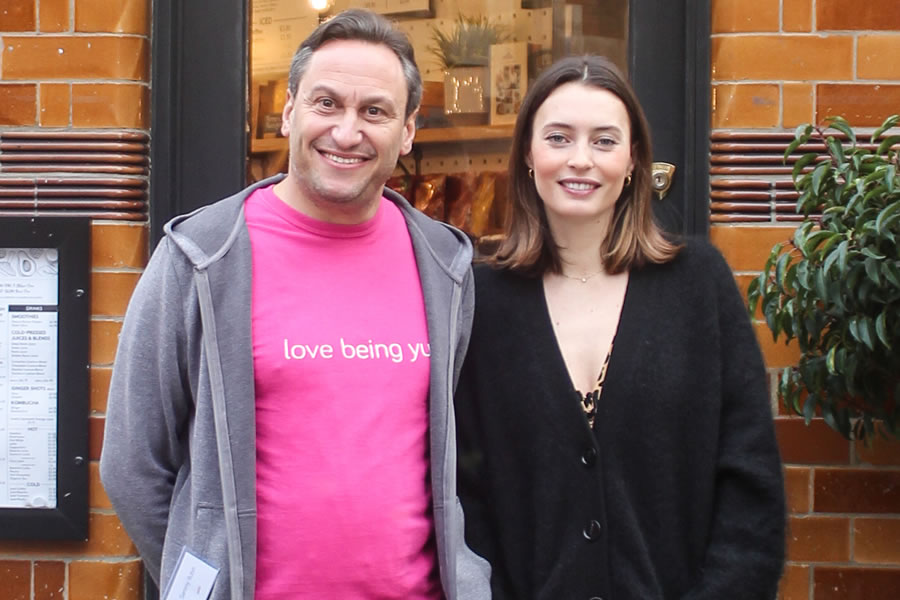 How important is it for entrepreneurs and businesspeople to pay attention to their wellbeing?

I think CEOs and leaders are starting to see success in a whole different way. It’s not the way it’s presented on The Apprentice. I like watching The Apprentice, but they wake up at 4:30am. They’re told ‘sleep is for wimps’ and that it’s macho to be working 22 hours a day.

We’re actually seeing a paradigm shift of people who are in leadership positions. We’re realising that personal wellbeing is important, that success isn’t a sprint, it’s more like a marathon.

In the end, business success is a long journey, it’s not something that happens overnight. So to keep sustainable success, we have to look after ourselves.

Tell us a bit about yulife and how the idea came about.

I was thinking, ‘how can we create a new type of company that actually is loved?’

How are most people spending their time now? You go on the train and you see most people are on their phones. What are they doing? Most people are just playing games. Games is one of the fastest growing industries in the world today. We like to escape and go into a game.

So I thought about how we can bring together these worlds – insurance, financial services, wellbeing and a game. How can we create a game experience but is also linked to their insurance and financial services. That was the seed of the idea and that’s what yulife is all about.

Could you give us an idea of how yulife works?

At the moment, yulife is only available to businesses. The business would buy life insurance for all of their employees and every employee would be covered by a certain percentage of their salary if they were to die. That’s just the basics and the essentials.

Then, every employee will get the yulife app, and in that app is our currency of wellbeing called yucoin.

Essentially, what we’ve done is create a whole game experience where you can earn yucoin doing very simple activities.

For example, if you walk a mile, you earn one yucoin. You can exchange one yucoin for an Amazon voucher, or for an Air Mile. You can earn yucoin by doing mindfulness – let’s say you meditate using Calm or Headspace – two minutes’ meditation, you earn a yucoin.

If you do those wellbeing challenges, you can earn more yucoin and go through different levels. We’ve created different worlds that you go through, you can open up chests, meet animals, go up levels. These levels represent different parts of ourselves.

The idea is that financial services and insurance should be fun and engaging.

Actually, when you talk to the best wellbeing experts – and our our wellbeing officer is Dr Rangan Chatterjee – it’s much easier than people think.

It’s about going for a five-minute walk, it’s about walking up the stairs rather than taking an elevator, it’s about doing a five-minute strength workout in the kitchen, it’s about taking 10-minutes on a train and meditating. It doesn’t have to be where we’re crosslegged on a mountain in Tibet or we’re doing a full-on spin class. 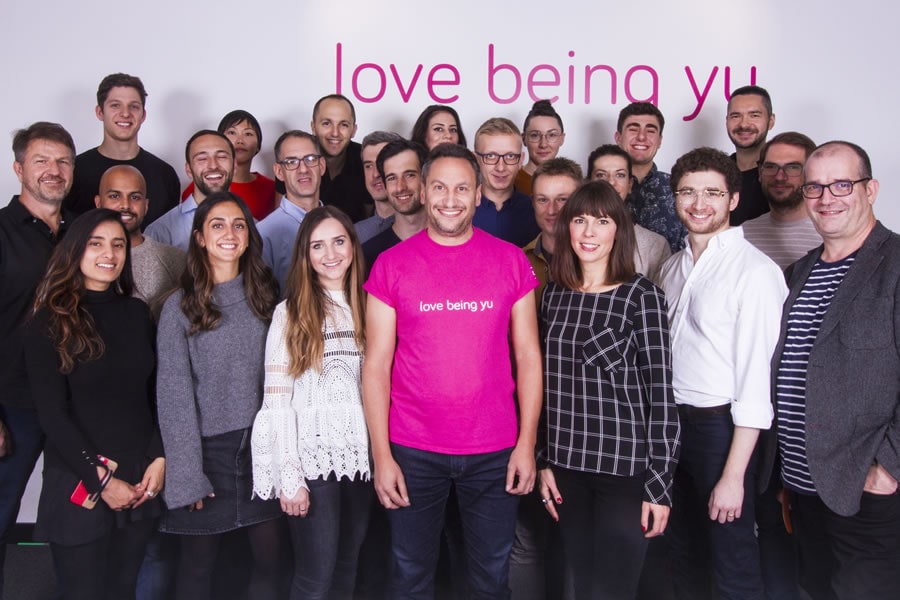 It’s much more accessible than that, and that what we wanted to apply with the gamification of it. They are simple things that everyone can do. It’s fun, it’s engaging and it’s rewarding.

Absolutely. We’re at that time of year now where people will be thinking about their new year’s resolutions. People will join a gym, start a new diet – and we know how those things are not often sustainable. It’s because people often think that in their minds, they have to do something big, it’s a ‘big thing’. It’s not like that at all.

The idea is to make things easy for people. Wellbeing needs to be easy. The reason why Amazon’s one click to buy button is so successful is because you used to have to go through the basket and confirm your details. That took time. People enjoy that ease of one click. It’s the same with wellbeing.

It could be much easier to do things and the easier we make it, the more people will engage. There is a lack of engagement.

At yulife we believe that wellbeing is available to everybody, and we want to make it as easy and as fun as possible.

What are some of your favourite simple health and wellness tips?

I love going on walks. Walking is where I get a lot of my own ideas and I love to connect to nature. Also, it’s a little bit of a cardio workout as well.

For me, walking is biggest activity I do for my own wellness. When I schedule meetings, for example, in town, I try to avoid as much as I can taking the train or public transport, and if I can, I just walk.

I’ll obviously earn more yucoin as a result! But I’ll just feel better and have more clarity. It’s great for stress release and working on ideas.

Often, it I want to talk to a colleague, instead of just talking in a boardroom or around a table, we’ll just go out for a walk. So walking is my number one tip.

At the moment, yulife is only available to business customers. Have you got plans to expand into the consumer market?

Yeah, that will happen. We’re going to be starting off with people in companies being able to refer their friends and family. Eventually, we’re going to be opening it up where people can come to us direct.

At the moment, we’re available to businesses. You can visit yulife.com and we’re very active on social media. We’ve got a lot of case studies from companies who are working with yulife, and you can see the transformation people are going though by using yulife.

People are walking more, not using the elevator, productivity is increasing, it’s a happier workforce. We’ve got leaderboards where people can compete against each other. 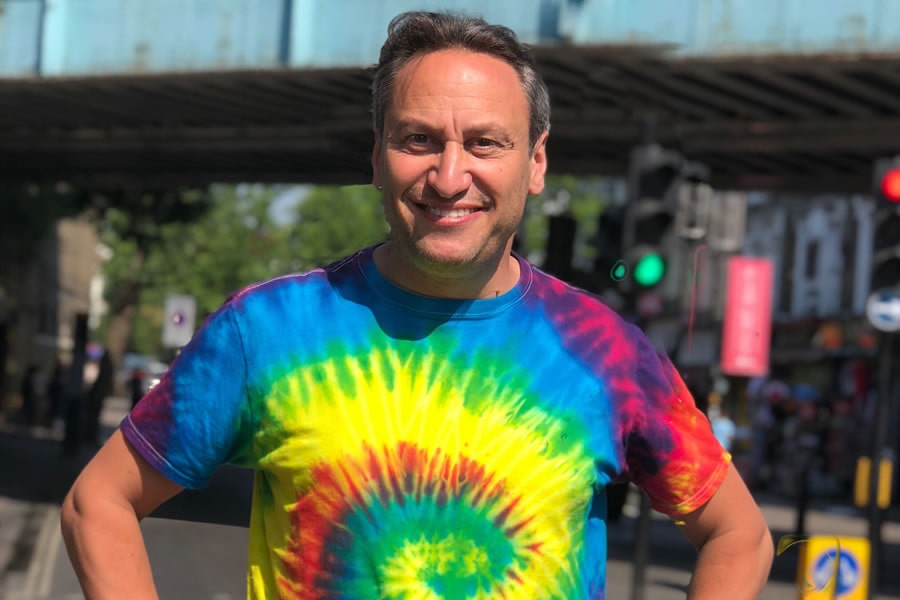 If you could go back and give some advice to your 18-year-old self, what would you say?

That’s a really good question. I would say, trust yourself.

Life’s a journey. Things will unfold at the right time and in the right place. Life is not a sprint, it’s a marathon.

It’s about trusting that things will work out and trusting yourself that you can do great things. Know that you have that inner spark inside of you to really realise your dreams and actualise yourself.

It may not happen overnight but you’ve got a whole journey ahead of you.

To find out more about yulife, visit the official website at www.yulife.com