Taylor Swift is an American singer-songwriter who is known for her narrative songs about her personal life.

She broke into the show-business industry as a teenager and is probably one of the world’s best known pop stars.

At the time of writing, Taylor has more than 130m followers on the social networking app Instagram.

But how much do we know about Taylor Swift’s story and her rise to prominence throughout her career?

This in-depth biography is going to focus on the main points of Taylor Swift’s career as we take a walk through her journey, as we also look to answer some commonly-asked questions about her story.

We’re going to look back at her rise to fame and answer a number of questions about her lifestyle and life away from the stage.

So, with the introductions out of the way, let’s start taking a closer look at Taylor Swift and her impressive career.

Who Is Taylor Swift?

Taylor Swift is an American singer-songwriter who is probably one of the world’s best-known pop stars.

Her father, Scott Kingsley Swift, was a stockbroker for Merrill Lynch and her mother, Andrea Gardner Swift, was a former mutual fund marketing executive.

From a young age, Taylor showed a keen interest in musical theatre and travelled to New York City for acting lessons.

Her first album, Taylor Swift, was released in October 2006, and Taylor was just 16 years old at the time of its release. 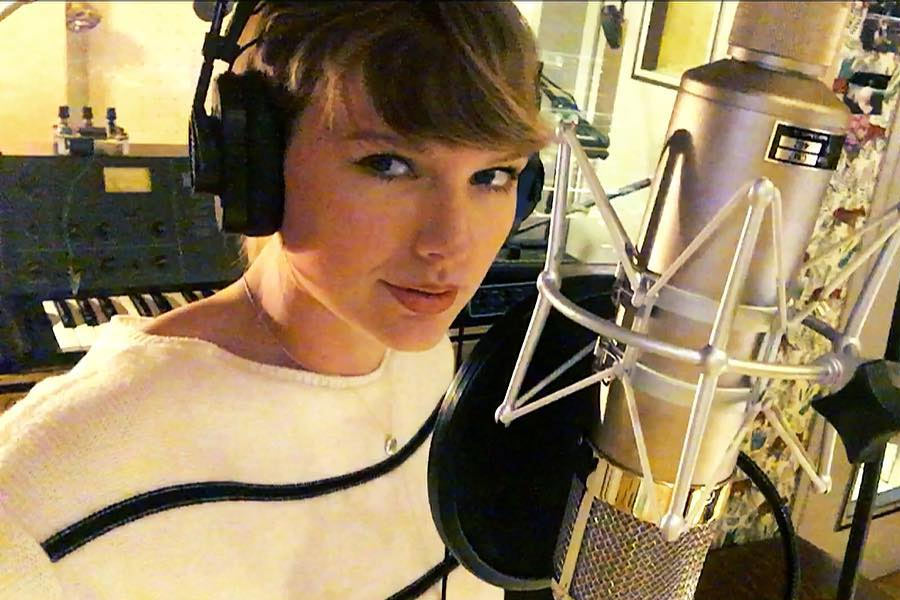 Since then, Taylor has gone on to establish herself as one of America’s most prominent singer-songwriters, having released seven studio albums to date.

She has had her talent recognised by many awards, with Taylor Swift having won 10 Grammy Awards and 29 American Music Awards, 23 Billboard Music Awards – as well as a Brit Award and an Emmy Award.

In 2015, she was listed on Rolling Stone’s list of the 100 Greatest Songwriters of All Time.

Her success speaks for itself. She has sold more than 50 million pure albums – including 37.3 million in the US, as well as 150 million singles.

At the time of writing, she has also notched up more than 97 million units in global consumption, and 54 billion streams across all platforms worldwide.

Some of Taylor’s hit singles from over the years include: Shake It Off, 22, Blank Space and We Are Never Ever Getting Back Together.

There is no doubt that Taylor Swift’s career has been an extremely impressive one. Let’s now turn our attentions to some frequently asked questions about Taylor and her career.

She is currently 32 years old.

Does Taylor Swift Have a Boyfriend?

Taylor Swift is currently believed to be dating Joe Alwyn. At the time of writing, the couple have been together for nearly three years.

Despite having been regularly pictured out in public together, Taylor has remained fairly quiet about her relationship with the English actor.

No one knows exactly how long the couple have been dating for, though it is claimed that they first met and became an item back in 2016.

It wasn’t until 2017 that reports in the media started to emerge that the couple had been dating.

What Is Taylor Swift’s Net Worth?

Taylor Swift’s net worth is not confirmed anywhere publicly.

As you’d expect, her net worth has generally increased year-on-year thanks to her impressive success in the music industry. 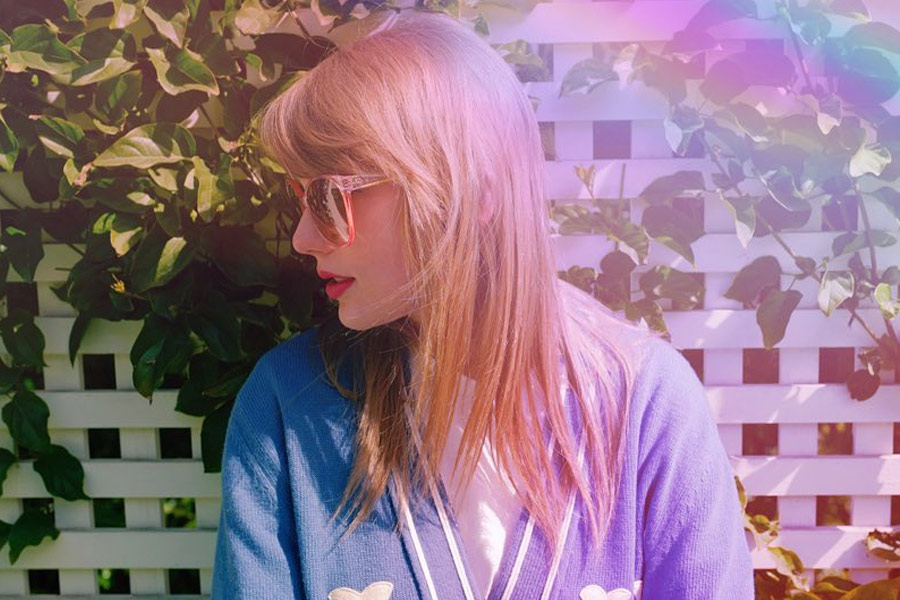 In 2015, Swift became the youngest woman to be included on Forbes’ list of the 100 most powerful women, when she ranked at number 64.

She also topped Forbes‘ list of the 100 highest-paid celebrities in 2016 – an achievement that was entered into the Guinness World Records.

And in case you didn’t know, she was also the most-Googled female artist of 2019!

What Is Taylor Swift’s Real Name?

In case you didn’t know, Taylor Swift is actually her real name!

Her full name is Taylor Alison Swift, and she gets her surname from her father Scott Kingsley Swift.

It is no surprise that her many fans are keen to know about Taylor Swift’s diet and nutrition plan.

Indeed, one of the most commonly searched questions online come from people asking: is Taylor Swift vegan?

At the time of writing, the clear answer to this question is: no, Taylor Swift is not vegan.

Although she did launch a vegan fashion line with Stella McCartney in the summer of 2019, Taylor is not believed to follow a vegan or a plant-based diet. 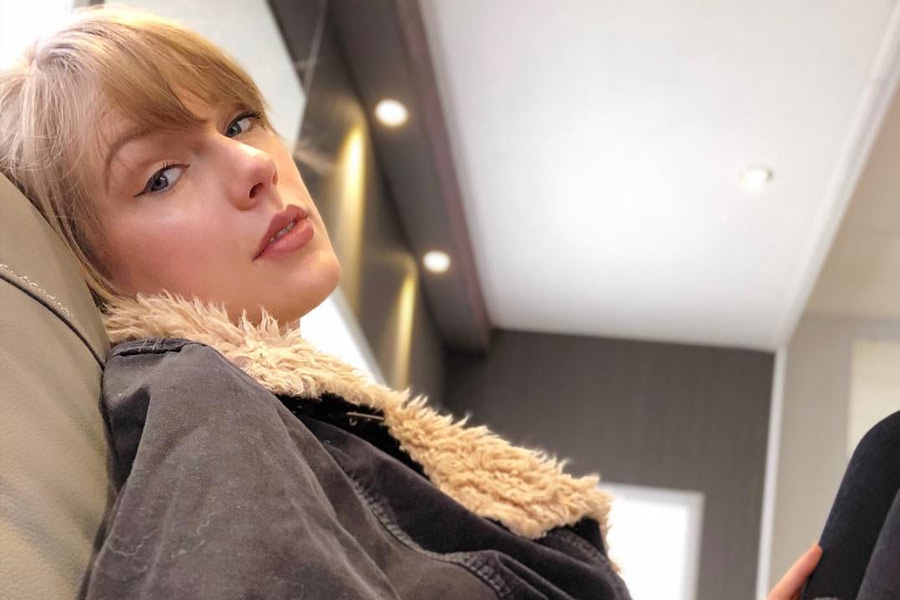 She has not spoken publicly about following a vegan diet. Back in 2010, she mentioned the fact that she loves comfort foods such as burgers and ice cream.

“I like comfort foods. I love a burger and fries, I love ice cream so much, and I love baking cookies. Actually, I love baking anything,” she said in an interview with website WebMD.

Does Taylor Swift Have Siblings?

Taylor Swift does indeed have a sibling – her younger brother is called Austin Swift.

Austin Swift graduated from the University of Notre Dame in 2015, where he studied film.

He made his movie debut in the 2016 thriller I.T. starring Pierce Brosnan.

Does Taylor Swift Have Any Tattoos?

Another commonly-asked question about Taylor Swift is whether she has any tattoos or not.

The simple answer to this question is: probably not.

At least, Taylor Swift has not been pictured with any tattoos out in public.

Speculation about a possible tattoo rose after in her song, “Dress”, she sung, “There is an indentation in the shape of you, made your mark on me, a golden tattoo.”

However, it is not believed to be a factual reference and the last time she spoke publicly about the possibility of getting a tattoo, she appeared to rule out any future ink-work. 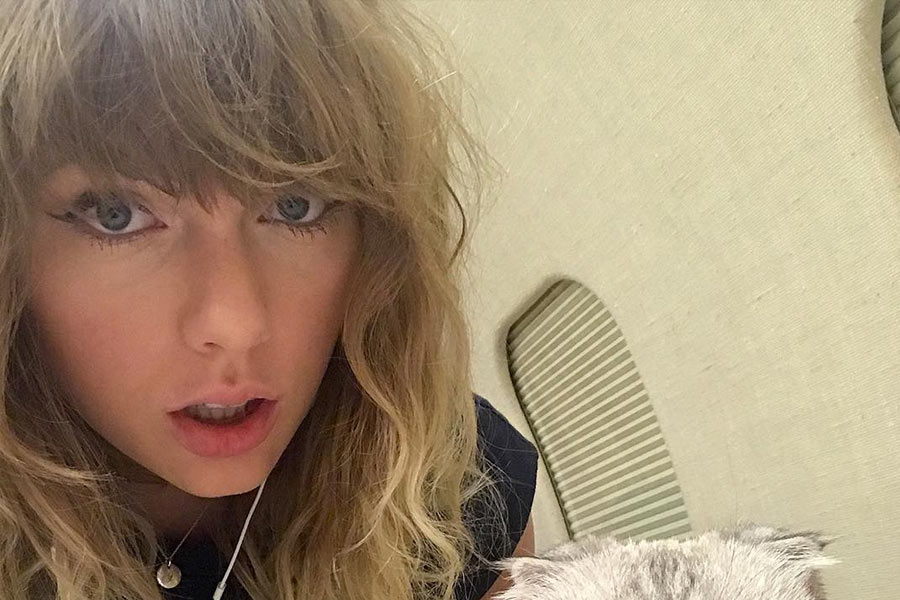 Where Did Taylor Swift Grow Up?

As we have already mentioned, Taylor Swift was born in West Reading, Pennsylvania, USA.

However, after watching a documentary about Faith Hill, Swift felt sure she needed to go to Nashville, Tennessee, to pursue a music career.

After having made regular trips there while developing her interest in music, her father then transferred to Merrill Lynch’s Nashville office when she was 14.

Taylor Swift and her family moved to a lakefront house in Hendersonville, Tennessee.

She attended Hendersonville High School but after two years transferred to the Aaron Academy.

What We Can Learn From Taylor Swift

Quite clearly, Taylor Swift’s journey is an inspirational one.

She was fortunate to discover her passion for music an an early age and her supportive family were able to do their best to put her in the best situation to succeed.

There can be no doubt that Taylor has shown incredible resilience and determination to succeed throughout her career.

She made plenty of sacrifices on the way to becoming one of the world’s most talented and successful pop stars.

As is the case with most successful people, she has shown an incredible dedication and willingness to work hard over the years to reach her goals.

In 2015, the BBC credited Swift with paving the way for ‘crossover’ artists, writing that she has “forged a path for artists who no longer wish to be ghettoised into arbitrarily separated musical genres”.

There can be no doubt about the impact that Swift has made throughout the course of her career.

So, there we have it. We’ve walked you through the basic facts about Taylor Swift’s impressive career.

We’ve covered her early journey as a promising country singer, to one of the world’s most famous pop stars.

We’ve also answered some commonly asked questions about Taylor and her career, including whether she is vegan (she isn’t!) and whether she has any siblings or not (she does!).

One thing is clear – Taylor Swift has had a huge impact on the music industry and her career has been nothing short of remarkable so far.