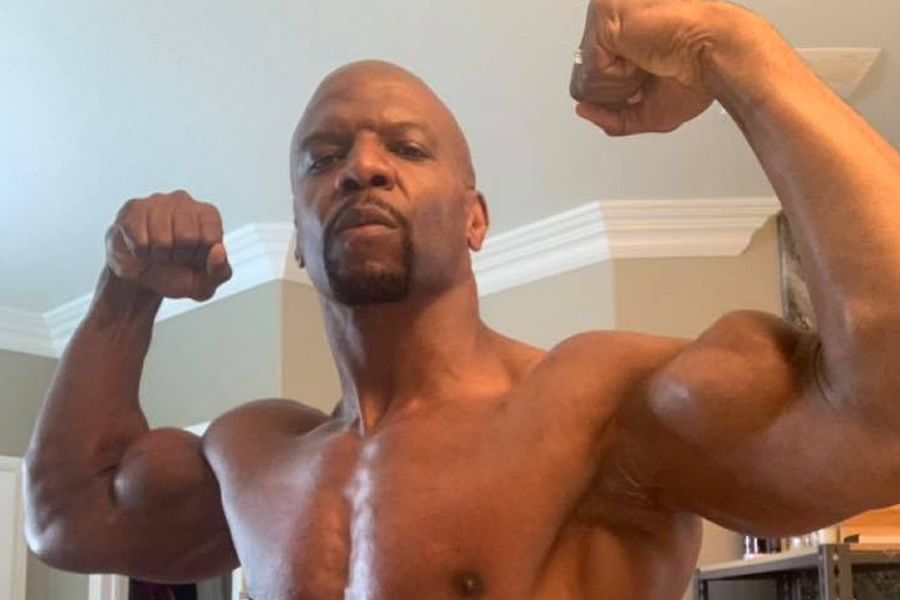 Terry Crews is in pretty good shape. If you’ve seen him appear in any of the humorous Old Spice commercials or elsewhere, you’ll know that he takes his fitness and health seriously.

What you may not know about Terry’s workout routines is that it is basically unchanged from when he first designed it around 20 years ago.

In this article, we’re going to take a detailed look at the types of exercises that Terry Crews performs on a regular basis to achieve his impressive physique.

So, with the introductions out of the way, let’s get down to business and start taking a closer look at Terry’s success.

Who is Terry Crews?

The chances are that you already know all about Terry Crews if you’re reading this article, but let’s cover the basics quickly anyhow.

After spending six years playing in the NFL for various teams, Terry hung up his boots and decided to pursue a career in acting and moved to Los Angeles.

Since then, he has forged a successful career in acting, and he is perhaps best known for his role in Brooklyn Nine-Nine as the face of the Old Spice television commercials.

If you’re like to find out more about his story, be sure to check out our dedicated Terry Crews biography.

What is Terry Crews’ Workout Plan?

So, how does Terry Crews work out? Here is his daily workout plan in a nutshell. 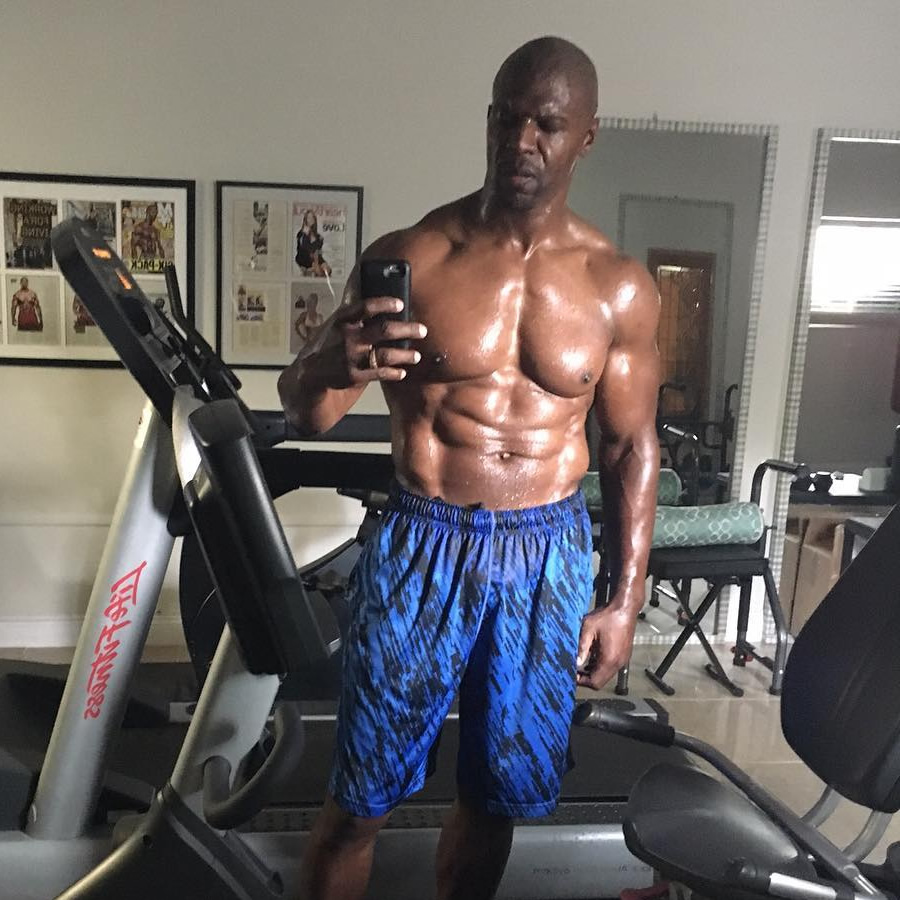 We have complied the below by looking at various interviews Terry has given over the years, including those with bodybuilding.com and Men’s Fitness magazine.

So, it’s fair to say that Terry goes pretty hard in the gym. But then again, achieving a physique such as his doesn’t come easy.

But what has Terry had to say about his workouts over the years? One of the main things he has stressed in multiple interviews in the past is the importance of maintaining consistency with his approach.

Terry has also spoken about how he likes to integrate push-ups into his daily workout routines.

“I do tons of pushups,” he explains. “And not just on chest day, sometimes two or three times a week. Simply just to warm my body up. It works. And it’s kind of like, if it ain’t broke, don’t fix it.”

Terry has also spoken about the importance of “listening” to his body and not going too hard on certain exercises just for the sake of it. 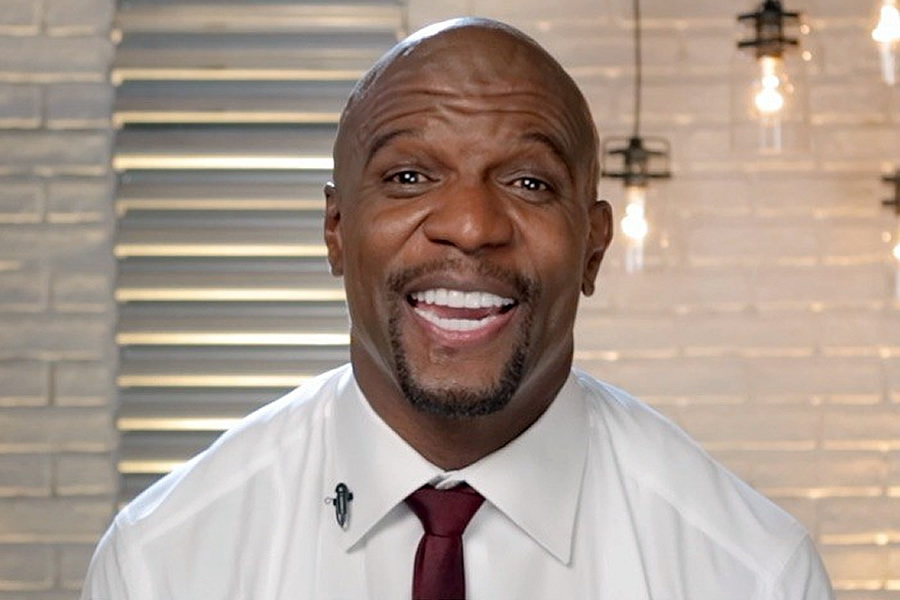 “I’ve learned you’ve got to listen to your body. Some days, it’l literally tell me ‘On this exercise, don’t go so heavy.’”

If you’re wondering how Terry achieved his impressive biceps, then doing more pull-ups may be the secret that you’re looking for.

“For me, one of the most valuable biceps exercises is actually the pull-up,” Terry told Men’s Fitness in an article published in April 2019.

“A lot of people spend some time on barbells. For me, when I started to master the pull-up, my biceps really, really started to show.”

Terry also explains how he chooses to start his chest sessions with incline exercises to “load” his upper pectoral muscles.

“This is the one thing I put a major change into this year for my chest. I want to really load the upper part of my chest, because I like the way it looks more. This is why my chest kind of has a split in it.”

What is the Terry Crews Diet?

You may be wondering what diet Terry Crews follows to keep himself in such good shape.

Well, firstly, contrary to what some people may think, Terry Crews is not a vegan.

What you may not know is that Terry Crews follows a strict intermittent fasting routine.

He only eats between 2pm and 10pm on any given day, which means that he is effectively ‘fasting’ for 16 hours a day.

“Over the last five years, I have been doing intermittent fasting,” Terry explains in an interview with Business Insider.

“I work out very early in the morning, but then I don’t eat. My first meal is at 2pm and eat from 2pm to 10pm.

“During the fasting period, I drink amino acid drinks. I’ll have Coffee and maybe Tea. Sometimes I’ll have a little bit of Coconut Oil on a spoon that helps you feel a little satiated – but it’s never a meal.

“Then, once I get to my meals, it’s good. Now, the problem with intermittent fasting is that you never want to have a bad meal – because you waited 16 hours for it!

“Over the last five, it’s really kept me in great shape. Once the body is done digesting food, it starts to work on other cells in the body. 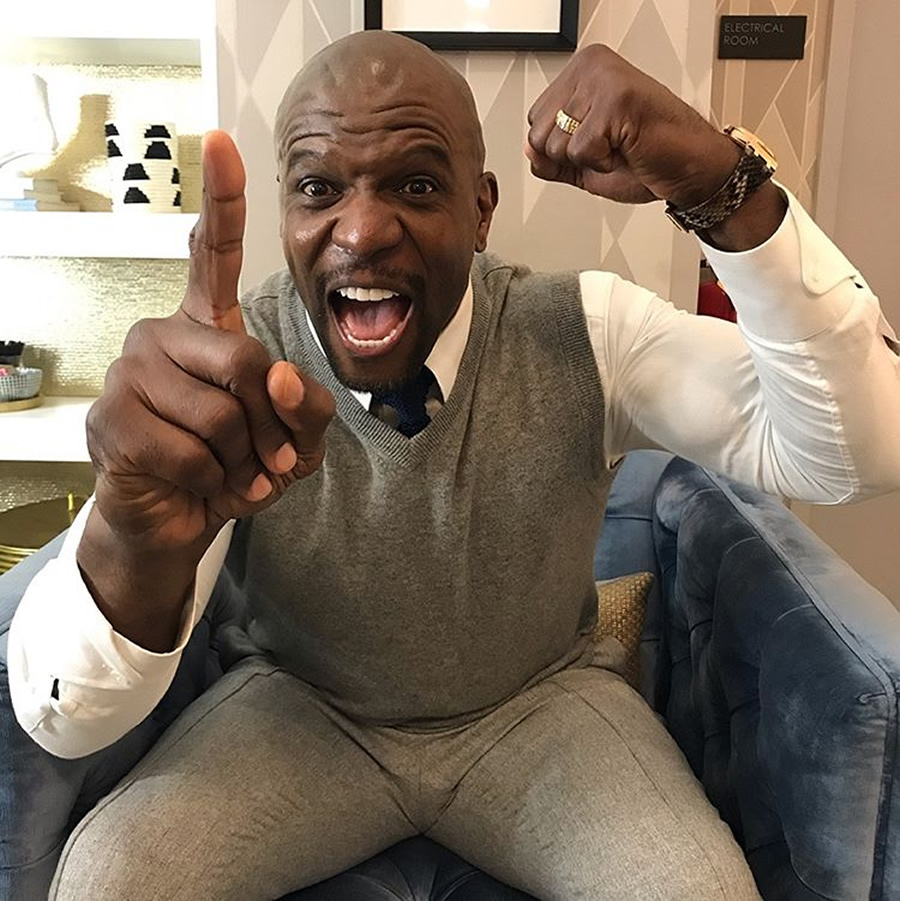 “I can feel the difference. I literally can put pictures of myself now, with pictures from when I was 22 years old, and I look and feel much better right now.”

In terms of the specific Terry Crews nutrition plan, there is not very much information out there.

However, we do know the kinds of foods he likes to eat when he has his first meal of the day at 2pm.

“At 2pm, I eat a salad, an omelet, bacon, steak—lots of protein and veggies,” he explains in an interview with bodybuilding.com.

Interestingly, Terry saves his biggest meal for late in the day, and makes sure that it’s carb heavy so that energy can fuel his workout the next day.

“My biggest meal is at 10pm. I don’t have bread until nighttime and then I sleep on it.”

“I work out on [the bread] early in the morning. It’s awesome because the energy from the food from the night before is there and I don’t feel weighed down. I don’t even have hunger pangs until around 2pm.”

Which Supplements Does Terry Crews Take?

During our research, we did not find too much information about which supplements Terry Crews takes.

In past interviews, he has mentioned having protein shakes, but it’s not clear whether he still takes them on a regular basis.

One supplement we know that Terry takes for sure is Amino Acid drinks. He chooses to take these supplements during his 16-hour intermittent fasting window.

Additionally, in an interview with bodybuilding.com from July 2018, Terry revealed that he takes Green Tea and Aminolast.

“During my fasting periods, I take green tea and I drink Aminolast,” he explains. “I do that just to keep the vitamins flowing and I feel good.”

Back in December 2016, Terry also shared a post on Facebook in which he appeared to allude to not being a huge fan of pre workout supplements. 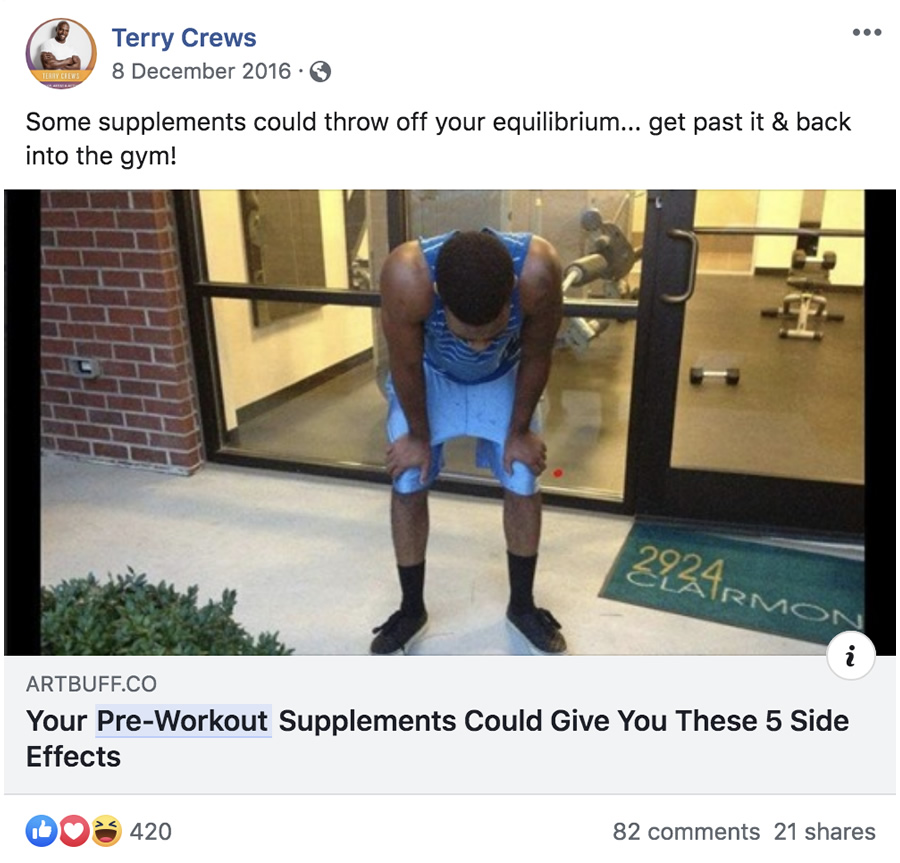 So, it’s probably fair to say that Terry Crews does not overdo it in terms of supplement use.

As always, you should speak to a certified medical professional before thinking about making any changes to your diet or exercise regime.

The Terry Crews workout plan featured above is pretty intense, and it won’t be suitable for everyone. 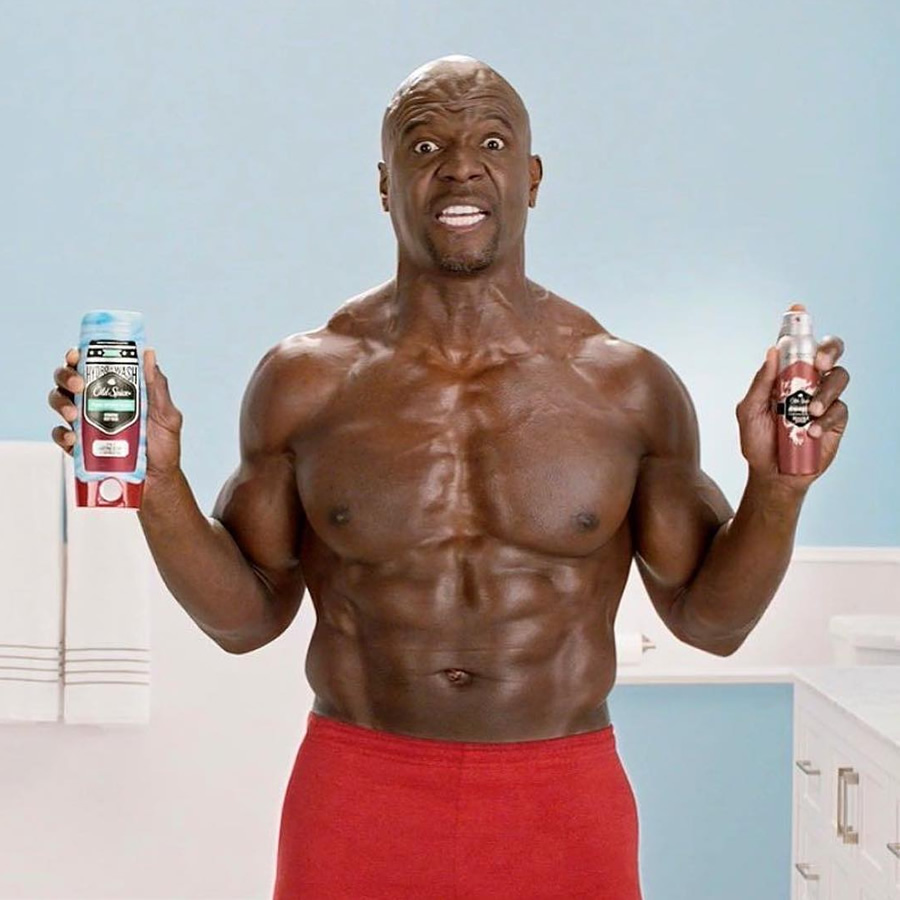 You should seek professional advice when creating your own workout and nutrition plans.

So, that brings us to the end our our look at look at Terry Crews’ Workout Plan, Diet and Supplements.

We’ve taken a detailed look at what Terry has said about his exercise regime and nutrition in past interviews and brought it together into one page.

We find it particularly interesting that Terry has seen such great results from following an intermittent fasting routine.