Truvia vs Stevia – What Is The Difference? 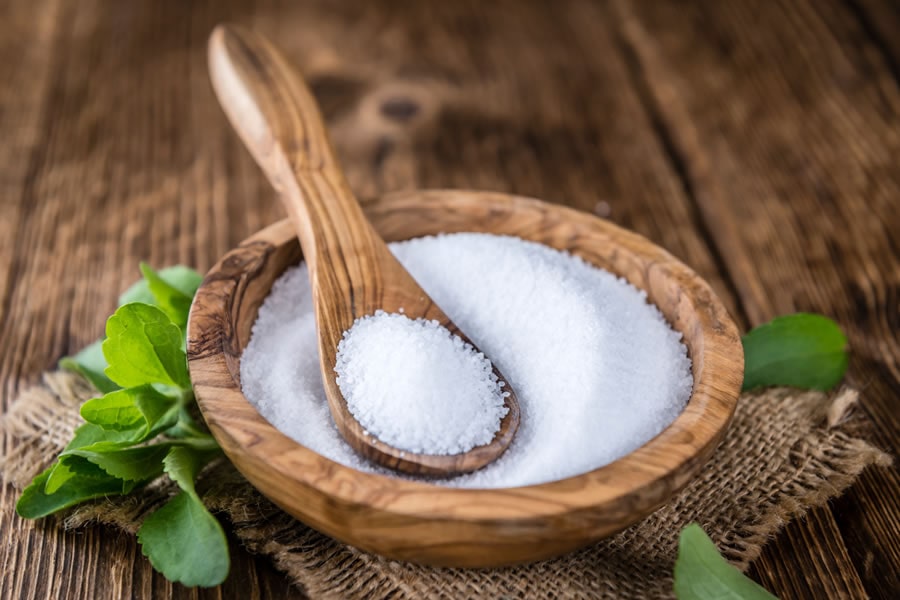 By HumanWindow
Updated on 18 February 2020

What’s the difference between Truvia and Stevia? They are two commonly used sweeteners but which one is best for you?

In this article, we’re going to take a close look at both Truvia and Stevia and bring you the lowdown on both of these popular sweeteners.

As the world becomes more health conscious, there has been an increase in demand for sweeteners that do not contain too many calories and do not have a big impact on blood sugar levels.

More and more food products are beginning to use to low-calorie sugar alternatives to add sweetness without adding extra energy.

Truvia and Stevia are two popular options for adding sweetness – but what is the difference between the two and which one would be best for your situation?

We’re going to take a detailed look at both Truvia and Stevia, and then compare them to one another in this article.

So, with the introductions out of the way, it’s time to start looking at Truvia compared to Stevia.

When we hear of our food products containing Stevia, it usually refers to a sweetener made from a type of plant Stevia Rebaudiana. The plant is native to South America.

More often than not, this is a highly refined type of Stevia called Rebaudioside, which is a Steviol Glycoside that is around 200 times sweeter than sugar. Rebaudioside is approved for use by the US Food and Drug Administration (FDA)

In case you didn’t know, Steviol Glycosides (E 960) are used as sweeteners in food products. They are extracted from the leaves of the stevia plant and although they have a very sweet taste, they have an “almost negligible” effect on blood glucose levels.

For this reason, it is considered by some as an attractive substitute for sugar.

In 2010, the European Food Safety Authority established an acceptable daily intake of 4mg per kilogram of bodyweight per day of Steviol, in the form of Steviol Glycosides.

These days, you’ll find Stevia used as a sweetener in all sorts of food products, such as protein powder and other products that require a taste boost.

The Bottom Line: Stevia usually means a type of Steviol Glycoside which is made from the leaf of the stevia plant. Steviol Glycosides are many times sweeter than table sugar and they have a much smaller effect on blood glucose levels. For this reason, Stevia is seen by some as an attractive alternative to sugar. Stevia is often used to sweeten food supplements such as protein powders.

Truvia is a commercial product created by the Coca-Cola Company and the food and chemical company Cargill. It is marketed as both a tabletop sweetener as well as a food ingredient.

As you may have guessed from the similar name, Truvia, which is usually made available in a powder form, is actually made from refined stevia.

It is sold in supermarkets as a “calorie free” sweetener made from the extract of the stevia leaf.

Simply put, Truvia is a branded calorie-free sweetener which uses Steviol Glycosides (stevia leaf extract) as one of its main three ingredients.

Truvia is sold in the UK and its ingredients label states that the ingredients are Erythritol, Steviol Glycosides and Natural Flavourings.

The Truvia sold in UK supermarkets is marketed as having zero calories. Indeed, the nutrition panel of the product says that it contains 0 kJ and 0 kcal. It also states that it contains no protein or fat, and 99 grams of carbohydrates, in the form of polyols, per 100g.

The label of the Truvia sold in the UK describes the product as a “calorie free sweetener from stevia leaf extract”. 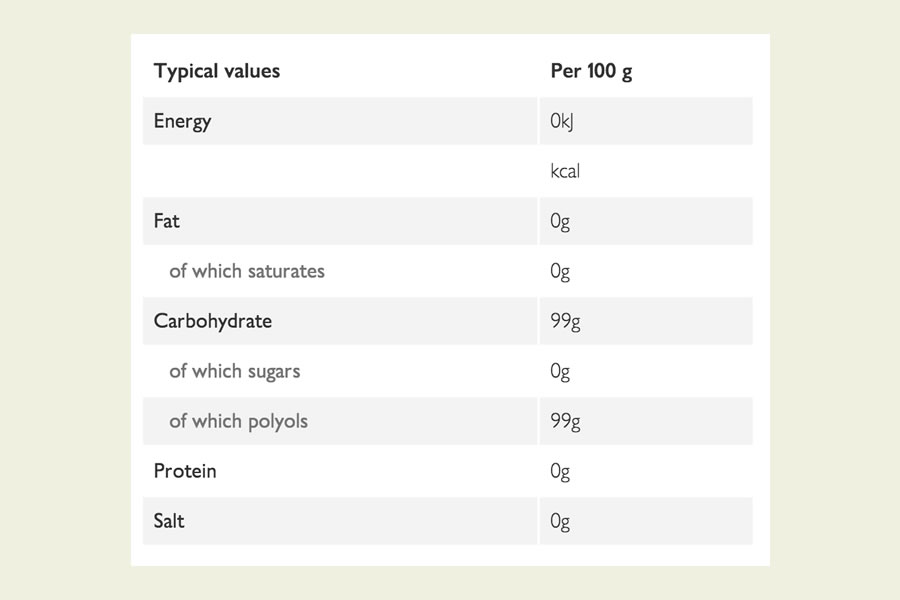 The nutrition panel of regular Truvia sold in the UK

The official Truvia website explains that the product is made in six main stages, and they are added together with “natural flavourings” in the final stage.

As well as the standard Truvia sweetener product, there are also a range of other products available under the brand. They include Cane and Brown Sugar blends, and also Organic Liquid sweeteners.

The Bottom Line: Truvia is a commercially-available calorie-free sweetener made from the extract of the stevia leaf. It is made by the Coca-Cola Company and the food and chemical company Cargill. The main Truvia product contains three ingredients, one of which is Steviol Glycosides. There are also other types of sweetener available under the Truvia brand.

So, now that we’ve introduced both Truvia and Stevia to the equation, it’s time to compare the two.

As we have covered above, the word ‘Stevia’ usually refers to Steviol Glycoside, which is an extract from the Stevia leaf which is used as a sweetener.

And in case you hadn’t already realised, Truvia is simply a branded, commercially-available sweetener which uses Steviol Glycosides as one of its main ingredients.

There are some companies which sell pure Stevia extract, but if you’re looking for a readily-available sweetener made from Stevia, then Truvia could well be a good option for you.

The Bottom Line: ‘Stevia’ usually refers to a type of sweetener called Steviol Glycoside, which is made from the leaf of the stevia plant. ‘Truvia’ is a branded and commercially-available product which uses Steviol Glycosides as one of its main three ingredients. Truvia is marketed as a calorie-free sweetener which can be added to food and drink.

Although it can be tempting to switch up the sugar in your diet for a stevia-based product, it is always worth doing your own research into the ingredients of your product of choice.

There may well be some benefits associated with using a stevia-derived sweetener in the place of sugar, because doing so may reduce the amount of calories you’re consuming and potentially have less effect on your blood glucose levels.

However, we always recommend that you consult with a certified medical professional before making any changes to your diet or lifestyle.

This is especially important if you have any underlying medical condition or are pregnant or breastfeeding.

As we always like to remind our readers, good health requires a multi-pronged approach. You should always make sure that you’re eating a healthy and balanced diet, getting plenty of quality sleep and taking part in a good exercise program before thinking about making any major changes.

So, that brings us to the end of our comparison of Truvia vs Stevia.

We’ve walked you through exactly what these two things are, and explained how they differ somewhat.

The word ‘Stevia’ usually refers to the food additive Steviol Glycoside, which is made from the leaf of the Stevia plant. It is many times sweeter than table sugar but is thought to have far less of an effect on blood glucose levels and also contains far less calories.

Meanwhile, ‘Truvia’ is a branded form of sweetener made by Coca-Cola Company and Cargill. It is readily available in supermarkets as a tabletop sweetener and it uses Steviol Glycosides as one of its main ingredients.

Does Chewing Gum Break Your Fast?

Vitamin D And The Immune System – What You Need To Know