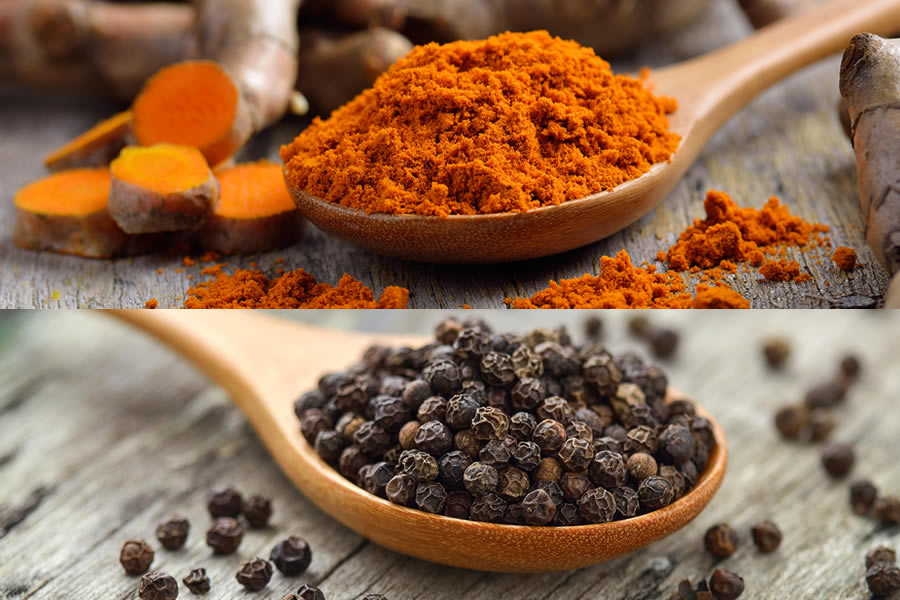 You probably already know all about the benefits of Turmeric if you’ve stumbled upon this article – but did you know that combining it with Black Pepper could be a potential way to increase its effects?

Turmeric has been making more and more headlines recently as an ingredient which may bring about a number of benefits, ranging from claims about weight loss to many other things.

Adding Turmeric to your diet is fairly straightforward. You can take it as a supplement or add it as ingredient to the foods that you eat.

But combining it with Black Pepper, or Black Pepper Extract, could help increase the effectiveness of the Turmeric.

In this article, we’re going to look at the benefits of both Turmeric and Black Pepper Extract, as well as why it may be a good idea to combine them together if possible.

We’re going to focus on the following areas:

So, with the introductions out of the way, let’s take a close look at both Turmeric and Black Pepper, both separately and as a combo.

In case you didn’t already know, Turmeric comes from a plant called the Curcuma Longa, which is native to India and other nearby countries.

The distinctive yellow powder you’re probably already familiar with comes from the dried root of the plant, which is ground up to form the spice and ingredient we all know and love.

As we mentioned in the introduction section above, Turmeric has been gaining more and more attention recently for its ability to bring about a host of health benefits.

The good thing about Turmeric is that there has been quite a lot of scientific research into it, so many of the health claims about it have been backed up by studies.

Let’s take a look at the four main benefits of Turmeric now.

Could help with fat loss

One of the common uses of Turmeric is as a potential fat-loss aid, and there is some initial evidence to back up this claim.

One study published in 2010 seemed to suggest that Curcumin – one of the main chemicals found in Turmeric – may help to reduce the creation of new fat cells in the body.

Another separate study suggested that Curcumin could also help to prevent and combat obesity.

More research is needed here before drawing conclusions, however.

This is one of the supposed Curcumin benefits you’ve probably already heard about.

Curcumin is claimed to have anti-inflammatory properties.

Again, we think that there needs to be more human research here before drawing any conclusions.

Turmric’s touted anti-inflammatory and anti-oxidant properties have been regularly spoken about online.

According to Healthline, Turmeric is also known for helping to create a healthy “glow” in the skin, which would be a nice side-benefit if you happen to be taking Turmeric for another reason.

There is not much in the way of scientific human evidence to back up this claim, though.

There is less human research on this one, but there are still some results from studies which have been conducted on animals, to suggest that Turmeric could play a role in reducing the symptoms of depression.

One study concluded that curcumin could be used as a therapy for treatment in patients with mild depression.

However, more research into this is needed and we would not draw any conclusions as things stand.

You probably already know what black pepper is, because you’ve most likely added it to your meals at some point in your life. 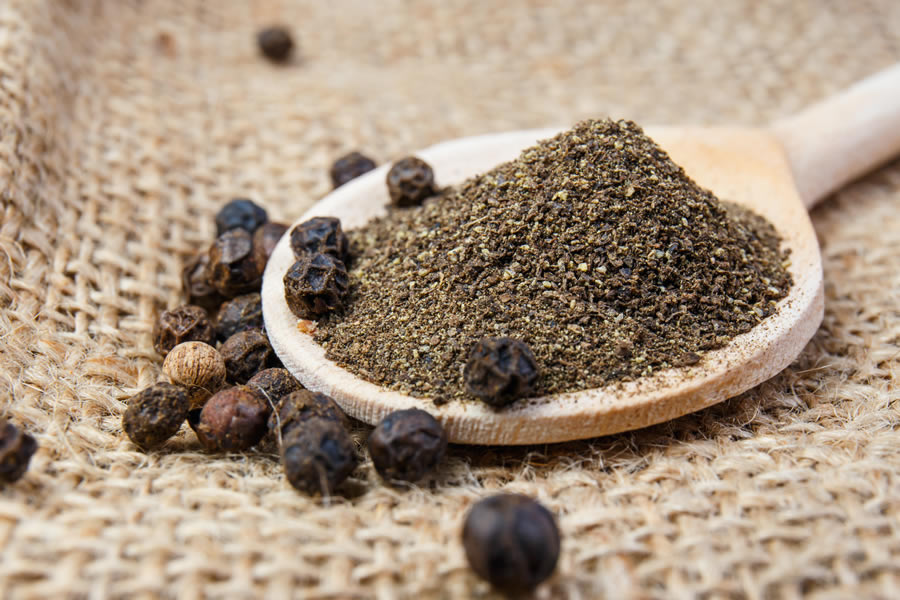 Black Pepper has a range of health benefits, including enhancing the absorption of key nutrients (Photo: Adobe Stock)

Black Pepper is the fruit of the black pepper plant from the Piperaceae family, and it’s commonly added to food as a garnish and spice.

May boost absorption of nutrients

This is one of the main reasons why Black Pepper Extract is included in many food supplements. It’s been claimed to enhance the bioavailability of the nutrients in your body. What does that mean? Better absorption of the food you’re eating.

Essentially, it could help your body to better absorb the nutrients from food. This means that it may help to make sure that you’re getting the key benefits from the food or supplement you’re consuming.

This is exactly why combining Turmeric with Black Pepper could be a good idea. The Black Pepper could help to make sure that your body is gaining the maximum benefits from the Curcumin by ensuring that it’s being absorbed properly.

More research is needed here, but the initial studies are promising.

Piperine is the main key compounds found in Black Pepper and it’s been claimed to help with mood and cognitive disorders.

There have also been some links suggesting that Piperine could help to reduce the symptoms of dementia and Alzheimer’s disease, although more research is needed in this particular area.

So, now that we’ve taken a look at the key benefits of both Black Pepper and Turmeric, it’s time to look at why it’s a good idea to combine both of these ingredients together, either in a supplement or as ingredients for you food.

As we touched on above, the main benefit of taking Turmeric with Black Pepper is that the Black Pepper could help to increase the bioavailability of Curcumin, meaning that it may be better absorbed by your body.

Adding Black Pepper with Turmeric could help to enhance the bioavailability of Turmeric by as much as 2,000 per cent.

This means that may get more of the benefits of Turmeric if you can combine it with Black Pepper.

The bottom line: Taking some Black Pepper with Turmeric is a simple and potent way to potentially enhance the absorption of the key ingredient, Curcumin, and therefore make it a more effective nutrient overall.

Supplements with Turmeric and Black Pepper

When it comes to adding both Turmeric and Black Pepper Extract to your diet, you have a few options.

Firstly, you can simply add some of the spices to your food as garnishes. The problem with this method is that it becomes a bit tricky to measure out exactly how much of each ingredient you’ve used, so you could end up not getting enough of one and too much of the other.

The second option is to buy separate Turmeric and Black Pepper Extracts at your local health store and take them regularly.

The third – and our preferred option – is to get the correct doses of both Turmeric and Black Pepper Extract together in one supplement.

The most common types of supplements which do this are so-called ‘fat burners’. These are products that contain a range of ingredients designed to support your goals.

Anything else to bear in mind?

While combining Turmeric with Black Pepper could be a good idea to get the full benefits of both ingredients, you should only really be looking into this kind of thing if you’re already got your diet and training regime on point.

The keys to long-lasting health are making sure that you’re eating healthy, exercising regularly, and are getting plenty of rest.

That being said, if you are already doing these things, then adding a supplement which combines Turmeric with Black Pepper Extract could help to support your goals.

It’s also worth considering looking into other ingredients such as Cayenne Pepper and Green Tea.

That brings us to the end of our journey exploring the benefits of uses Turmeric with Black Pepper.

We’ve walked you through the potential benefits of both of these impressive nutrients and why you may considering adding them to your diet.

We’ve also taken a close look at how combining Turmeric with Black Pepper is a potentially effective method of ensuring that your body is getting the maximum nutritional benefits from Curcumin, the main key chemical in Turmeric.