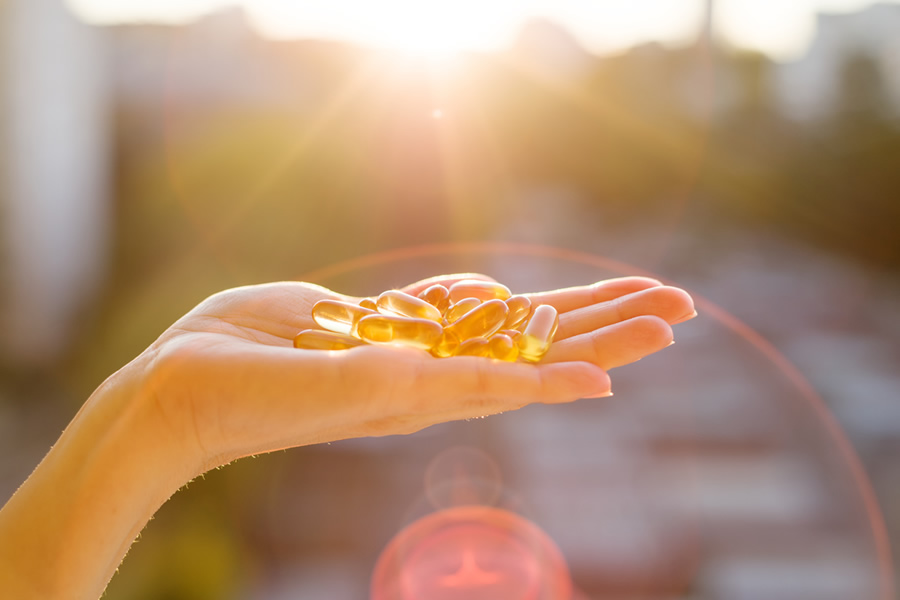 Vitamin D is one of the 24 essential micronutrients needed by the human body (Photo: Adobe Stock)

Vitamin D is an essential vitamin that is synthesized (produced) naturally by the human body when our skin is exposed to direct sunlight.

It is one of the 24 micronutrients that the human body needs to function properly. It has been linked to many benefits, such as maintaining healthy bones and improving mood.

But what does the science say about using Vitamin D to support Testosterone levels?

This article is going to take an evidence-based look at Vitamin D and its potential influence on Testosterone levels in men.

We’re going to focus on the following sections:

• What is Vitamin D?
• Vitamin D to Boost Testosterone
• Other Vitamin D Benefits
• What’s the Best Dose of Vitamin D?
• Anything Else To Consider?
• Conclusion

So, let’s now begin our look at Vitamin D and Testosterone by looking at some of the basic facts about this essential nutrient.

What is Vitamin D?

As we’ve clearly already mentioned above, Vitamin D is an essential mineral. That means that it’s one of the 24 micronutrients that your body needs to function properly and survive.

It’s a fat-soluble nutrient, and our bodies produce it naturally when our skin is exposed to direct sunlight.

Sunlight is the main source of Vitamin D, but it is also found in some foods such as oily fish and egg yolks, and it is also sometimes added to dairy products.

Vitamin D has a wide range of functions in the human body. It helps to regulate calcium and phosphate levels in the body, and this is important for keeping bones, teeth and muscles healthy.

We’ll cover some of the other benefits and uses of Vitamin D in the human body in the separate section later below.

Of course, it depends on where you live in the world, but most people should be able to get enough Vitamin D from sunlight in the spring and summer months.

However, many people do not get enough Vitamin D from sunlight during the autumn and winter months, and this is where orally supplementing with Vitamin D can be useful.

Interestingly, Vitamin D deficiency rates appear to have increased in the last 20 years – but they may have stabilized recently.

So, now that we’ve covered the main facts about Vitamin D. It’s a key vitamin that your body needs to work properly, and some people may not be getting enough of it.

Now it’s time to take a look at Vitamin D and Testosterone.

If you’ve come across any so-called ‘testosterone booster’ supplements, you’ve probably already heard about Vitamin D being regularly used as an ingredient.

That’s because there is some initial scientific research which suggests that having normal Vitamin D levels could help to support normal testosterone levels – although more research is needed to confirm this.

Another study in 2011 showed that supplementing with 3332IU of Vitamin D daily for one year resulted in increases in testosterone in men that previously had lower testosterone levels.

Simply put, there is some evidence to suggest that supplementing with Vitamin D could help to support normal testosterone levels in men.

It should be noted, however, that there is not much evidence to suggest that taking more Vitamin D will help to further boost testosterone levels.

So, it Vitamin D could help with normal testosterone levels, but we would like to see more human studies conducted before drawing any concrete conclusions.

So, what about Vitamin D’s other roles and benefits in the human body? 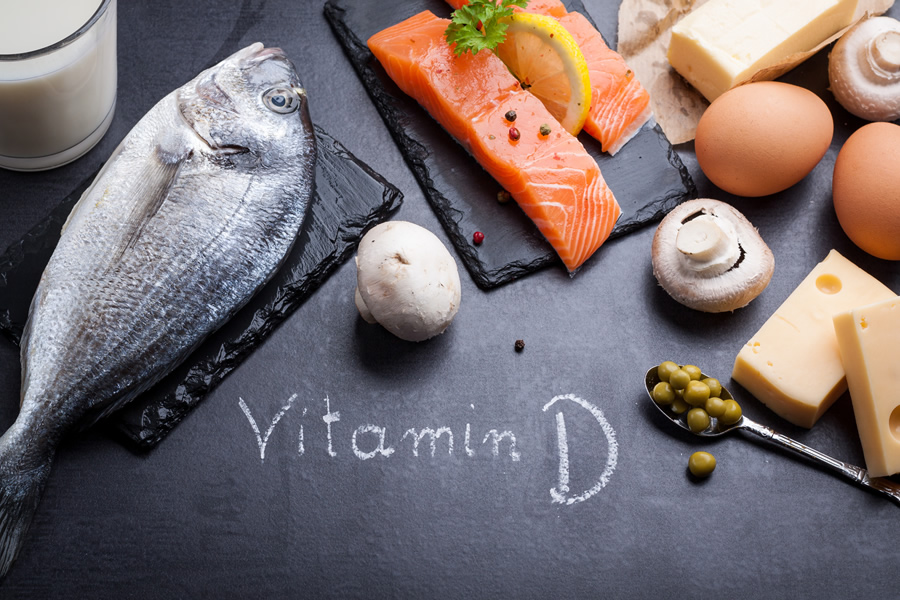 Vitamin D can be found in certain foods such as oily fish and egg yolks (Photo: Adobe Stock)

Here are some of the important uses of Vitamin D in the human body:

We’ve already mentioned above that Vitamin D helps to regulate calcium and phosphate levels in the body to promote healthy bones, muscles and teeth.

There are also suggestions that Vitamin D could help to improve your mood. One study showed that supplementing with Vitamin D seemed to reduce depressive symptoms in people suffering from Major Depressive Disorder.

So, it’s pretty clear that Vitamin D plays an important role in a number of bodily processes, ranging from keeping teeth and bones healthy to supporting normal immune function.

So, how to go about supplementing with Vitamin D to get the optimal dose?

From 2016 in the United Kingdom, it has been recommended that children over the age of one should consider taking a daily supplement containing 10mcg of Vitamin D, especially during autumn and winter.

The UK government says that most people in the country should be able to get enough Vitamin D from late March to the end of September from sunlight.

However, they also say that adults should consider taking a daily supplement containing 10mcg of Vitamin D, particularly during the autumn and the winter.

There is also specific advice for people from African, African-Caribbean and South Asian backgrounds, who may not be able to get enough Vitamin D in the summer in the UK. They should consider taking a supplement all year round as well, according to the guidelines from the UK government.

So, we’ve covered the importance of Vitamin D in the body and the crucial role it plays in your overall health.

Vitamin D can help to promote healthy bones and teeth, potentially elevate mood and also support normal testosterone levels (especially if you are deficient in Vitamin D to begin with).

However, it’s always important to remember to stick to a healthy and balanced diet, and make sure that you’re getting plenty of exercise and rest before considering any supplementation.

So, that bring us to the end of our look at whether supplementing with Vitamin D to boost Testosterone is effective or not.

The studies suggest that if you’re deficient in Vitamin D, then supplementing with it could bring support normal testosterone levels.

There has also been a study that suggests that supplementing with Vitamin D could help to support testosterone levels in men who had lower levels of the male hormone.

That being said, there needs to be more research into Vitamin D and testosterone before drawing any concrete conclusions.

Vitamin D plays a key role in a number of other bodily processes, including helping to promote healthy bones, teeth and muscles.

Your body synthesises Vitamin D naturally when the skin is exposed to direct sunlight, but some people may not be able to get enough sun all year round to maintain optimal levels. This is where a Vitamin D supplement could be useful.

Does Ashwagandha Help With Depression and Anxiety?