Zinc and Testosterone Levels in Men 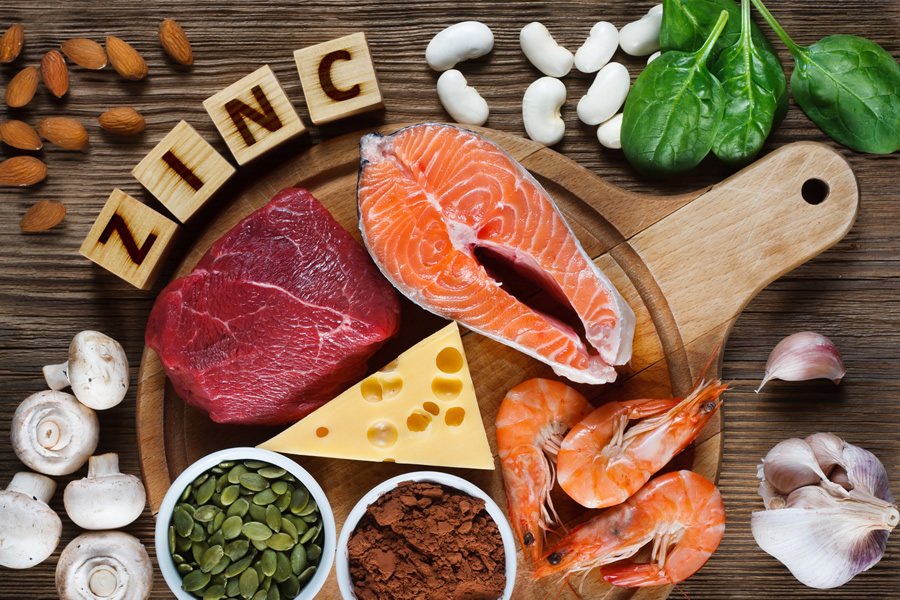 Zinc is something known as an essential mineral which is involved in regulating many enzymes in the body. As well supporting the normal function of the immune system, Zinc is also believed to help support optimal testosterone levels in men.

This article is going to focus on the basic facts you need to know about Zinc and its benefits when it comes to testosterone levels.

Zinc is a popular ingredient in many health supplements and multivitamins

But what does the real science say about Zinc and its benefits?

So, let’s start our journey into finding out more about Zinc and Testosterone levels in men by looking at the basic facts about this essential mineral.

As we’ve already mentioned above, Zinc is an essential mineral which plays a number of roles in the body.

In this case, “essential” means that Zinc is one of the 24 Micronutrients the human body needs to function properly.

Zinc is found in a number of foods (some of which are pictured above). Good dietary sources of Zinc include seafood (especially Oysters), lean meats, eggs, legumes, nuts and seeds.

As we mentioned above, Zinc plays a role in immune function, protein synthesis and cell division among other things.

So, Zinc plays an important role in maintaining your overall health. The problem is that many people are Zinc deficient (meaning that they don’t get enough Zinc from their diet on a daily basis).

Indeed, it is believed that a large portion of the world’s population are likely to be Zinc deficient. This is believed to be mainly due to high rates in third-world countries.

Zinc is lost in sweat, which makes it a particularly important supplement for athletes and those undertaking regular exercise.

It’s also important to note that a daily intake of Zinc is required, because the body has no specialized Zinc storage system.

That means that you need to be consuming Zinc on a daily basis from your diet.

So, we’ve clearly established that Zinc plays a key role in many bodily processes – and also determined that many people worldwide are probably not getting enough Zinc from their diets.

Now it’s time to look at what role Zinc plays when it comes to testosterone levels in a bit more detail.

Zinc is regularly associated with optimal testosterone levels, and it is often included in food supplements designed to support optimal levels of the male hormone.

We’ve already deduced that Zinc plays an important role in many bodily processes, and it’s one of the micronutrients the human body needs for survival.

We’ve also already revealed that many people do not get enough Zinc in their diets.

One study suggested that as much as 17.3 per cent of the world’s population could be Zinc deficient, so taking a supplement could help to support optimal testosterone levels if this is the case.

One study also showed that there is a slight increase in free testosterone associated with zinc supplementation at 15mg following exercise, in men who are not otherwise deficient.

The bottom line here is that Zinc clearly plays an important role in helping to maintain normal serum testosterone levels in men.

The evidence suggests that supplementing with Zinc will likely only raise testosterone levels in men who are already Zinc deficient.

However, given that Zinc deficiency is believed to affect a large percentage of the worldwide population, supplementing with Zinc could bring about positive benefits when it comes to testosterone levels. 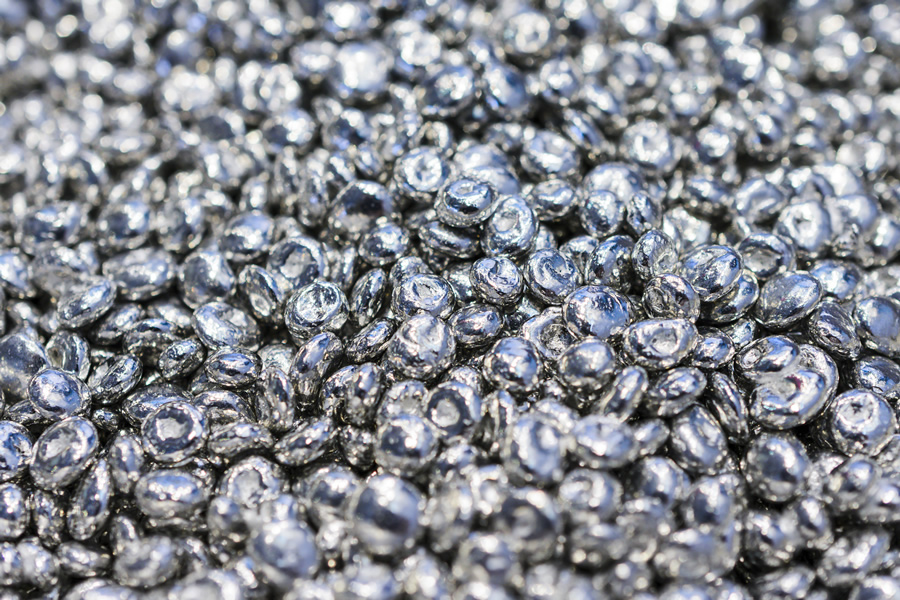 Zinc is one of the 24 micronutrients that the human body needs to function properly (Photo: Adobe Stock)

So, we’ve looked at and covered how Zinc can play an important role in supporting healthy testosterone levels in men – but what about its other roles in the human body?

Here are some of the other bodily processes Zinc plays a role in by supporting:

Being severely Zinc deficient could have a significant negative impact on the normal function of the immune system, which is why you’ll often find Zinc paired with other immune-boosting ingredient such as Vitamin C.

As well as that, Zinc is a required mineral for normal protein synthesis. It’s also a vital nutrient for helping to support normal growth and development during pregnancy, childhood, and adolescence.

What’s The Best Dose Of Zinc?

In the United Kingdom, the Recommended Daily Intake amounts of Zinc for men and women aged 19 to 64 years old are as follows:

You can find out more about daily recommended doses of nutrients in the UK government’s specific document on the topic.

Zinc clearly plays an important role in a number of bodily functions, and it could help to support normal serum testosterone concentrations if you’re zinc deficient.

Despite large portions of the world’s population thought to be Zinc deficient, you should be able to get enough of this important mineral in your diet from food.

That being said, orally supplementing with Zinc can be an effective way to make sure that your body is getting enough of this important mineral.

However, do always also remember that the first things you should to do make sure you’re in optimal heath is ensure that you’re sticking to a healthy and balanced diet – and getting plenty of exercise and rest.

It is also always best to speak to a certified medical professional before taking a new supplement or making any major lifestyle changes.

So, that brings us to the end of our look at Zinc and Testosterone levels in men.

We’ve covered the basic facts about Zinc, how it’s a vital nutrient that your body needs to work properly.

We’ve also deduced that many people worldwide are not getting enough Zinc from their diets.

As well as its influence on testosterone, Zinc also plays a key role in the functioning of the immune system and other bodily processes such as protein synthesis and cell division, as well as normal fertility and reproduction.

We hope that you’ve found this guide to Zinc and Testosterone useful.